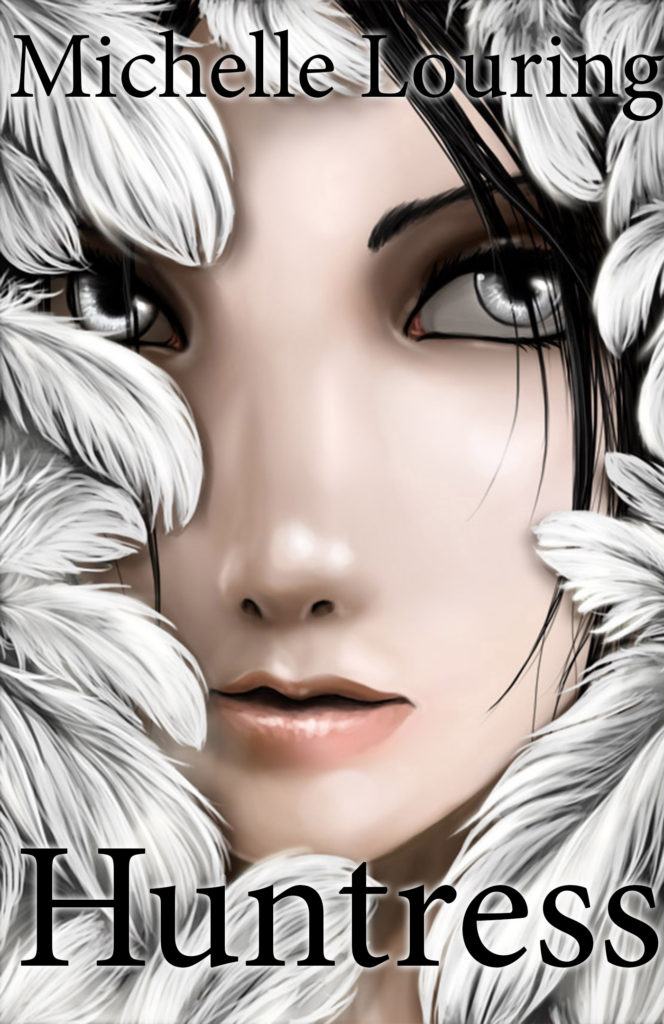 The branches hid her from view as she watched the priests pass by. Their faces were dark and solemn as they slowly carried the body past the tree she was residing in, unaware of the eyes following their every move.

She leaned forward to get a clearer view, careful not to rustle the leaves as she balanced on the thick branch. One wrong movement and she would stumble gracelessly to the ground and reveal her presence to the unsuspecting priests beneath her.

She frowned when she finally got a good look at the man they were carrying. His body was covered by large, bloody gashes, clearly made by long claws. Another demon attack…

The blood was still flowing from the wounds, but there was no doubt that the man was already dead. Even from where she sat, Selissa could see his lifeless eyes stare emptily into the air and she suppressed a shudder at the sight. She hoped they would close his eyes once they got him to the morgue.

She watched as the white-robed priests disappeared around a corner and waited for the sound of their footsteps to fade away before jumping down from the tree and landing heavily on the ground. Picking a few leaves out of her long black hair, she started to walk in the opposite direction of where the procession had disappeared.

This was the third attack. Demons were wreaking havoc and attacking travelers who dared to enter the woods around the temple, and no one did anything about it. Gritting her teeth, Selissa strode through the temple gardens.

What did the priests expect? That they could just ignore it and hope the hellspawn got bored? She didn’t buy that one.

The other residents of the temple quickly moved out of her way as she strode by, none of them wishing to do anything to evoke her fury when they saw the expression on her face. She ignored them and kept walking in the direction of her room.

She was just about to turn down the hallway leading to her room when she heard someone call out to her.

“I feel bad for whoever put that look on your face.” She spun around and her eyes quickly found the owner of the voice. She immediately felt some of her anger fade away when she recognized him.

A young man, only a couple of years older than herself, stepped closer and smiled at her. He was dressed in the simple robes worn by the temple’s apprentices, but Selissa knew it was only a matter of time before he would gain the title of priest. She took in the familiar boyish face, framed by soft blond hair, and sighed as she met his clear, blue eyes.

“I’m not murdering anyone, Calen,” she said and he laughed softly.

He walked up to her and she turned around, knowing he would follow. They fell into steps and started to walk down the hallway, and Selissa allowed a few seconds to pass by in silence before speaking.

“Did you hear?” she asked. She knew he would know what she was referring to.

“Yes,” he said, his smile fading away. The frown didn’t suit his gentle features, and she almost wished she hadn’t brought it up. “I saw them bring him in.”

“So did I,” she said softly. “At least this one died quickly.”

She ignored the horrified look he sent her. She looked pointedly at him and lowered her voice.

“Better die quickly than suffer from those kinds of wounds for days,” she said firmly. “The result is the same in the end.”

“The priests managed to save the second one…” Calen said slowly, but she could hear the doubt in his voice.

“And now he has to live without being able to walk,” she pointed out. “He lost his eyesight a few days ago as well.”

“All life is precious, Selissa,” he answered softly. “Even the kind of life you would not be able to accept for yourself.”

“Are you sure he wouldn’t be better off dead?” she asked and looked at him. She was surprised to see the conviction in his eyes as he answered.

She averted her eyes, unsure of what to say when faced with her friend’s unmoving faith. She admired his compassion, but she didn’t always understand how he could value every living being equally. But he had believed in her, and for that she was grateful.

“No one’s doing anything about it…” she said, changing the subject. Calen frowned lightly as he looked at her.

“What do you want them to do?” he asked. “Go hunt the beasts down?”

“Yes,” she said seriously. “This won’t stop if no one intends to kill them.”

“Didn’t you see what they did to those men?” Calen asked incredulously. “They won’t go down without a fight.”

“What does it matter if no one is willing to give them a fight?” she asked in frustration. She absentmindedly noticed that they were almost at her room and slowed her pace.

They reached her door and she put her hand on the handle before turning to look at her friend. “Why do you tell me that when you know I won’t listen?”