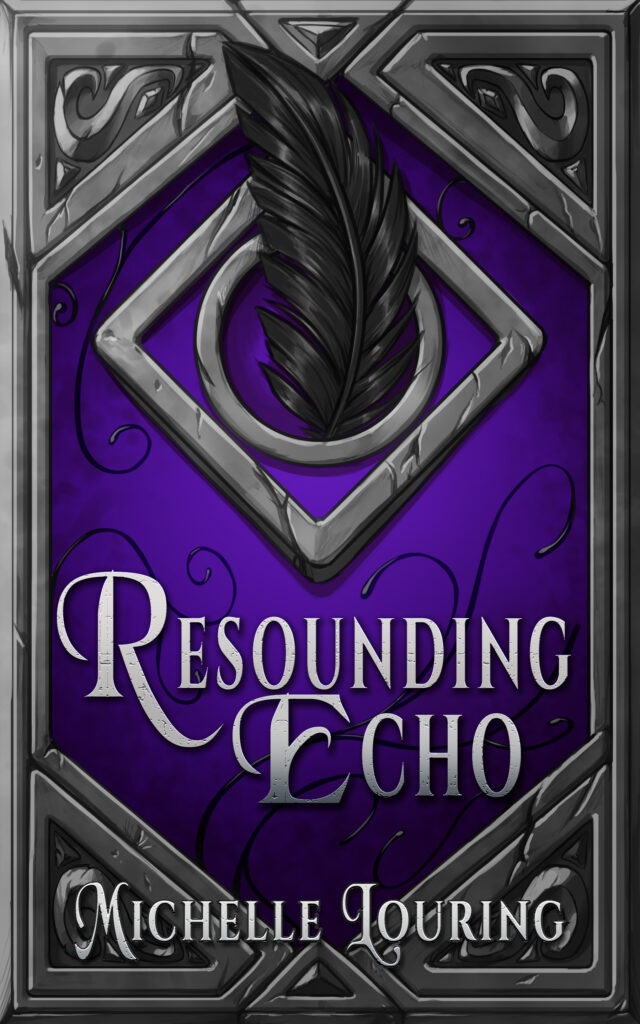 The silence in the temple was deafening. No sound was heard in the deserted hallways and not even the chirping of birds filled the gardens. It was just before sunrise and the usually crowded yards were empty. Neither the priests nor the people who came to seek the gods’ blessings were awake yet. Not even any of the many refugees who sought sanctuary there were to be seen this early in the morning.

A slight rustle of movement broke the silence. On the roof overlooking one of the temple yards sat a young woman. She was the only one awake, and she made sure to sit so still that no one would have noticed her, even if they had happened to pass by.

Selissa shifted slightly. She had been sitting there for hours already, and her back was getting stiff. She knew the priests would reprimand her for sitting out all night, just like they always did, but she couldn’t bring herself to care.

A cold wind blew through the yard, whipping Selissa’s hair into her eyes. She absentmindedly led a hand to her face to brush it away. The cold didn’t bother her. It helped chase away a very different kind of chill.

The nightmare was still vivid in her mind. Though it still left her shaken, it was nothing new. It was the same nightmare that had plagued her ever since she first came to the temple.

How long had it been since then? Five years? Six? She couldn’t quite remember anymore.

Ghostly images still flashed through her mind when she closed her eyes. It was always the same. A dark room, filled with whispering voices. She was surrounded by cloaked figures. She would never see their faces, but their voices haunted her even during the day. A constant whispering, like they were chanting. A sudden pain shooting through her body as if hell itself was trying to burn its way through her back.

She never saw what happened at the end. She would always wake up in a cold sweat, as if the pain had been real, the chanting still echoing in her mind.

A noise broke her from her thoughts. She had barely noticed the first light shining on the horizon, announcing the start of the day. The apprentices were the first to show for the morning’s duties. Their first job of the day was to make sure everything was ready for the morning Mass.

Selissa knew the priests would be making their way to the Great Hall by now to perform the Mass. That’s how it went, to the point where she never needed to know what time it was. The life in the temple was so structured and predictable she could hardly remember the last time something out of the ordinary happened. Every day started out with the Mass in the morning and ended with a ritual at night. After the Mass, classes would start. The apprentices would study in the library or assist the priests in teaching the children who came to the temple for lessons. Once a week, the priests would perform the Blessing for any who wished for the gods’ protection. Occasionally, some of the refugees living at the temple would get into a fight, but the priests would always put an end to it. More than once, she had gotten involved in those fights and been on the receiving end of a few punches. But that was the worst that ever happened under the temple’s roof.

She knew the priests had to pass by the place she was sitting to get to the Great Hall. And she also knew that if they discovered her, they would not only pester her about staying out at night, but she would also be forced to attend Mass, even if they had to drag her by her ankles.

She quickly jumped down from the roof as quietly as possible so the passing apprentices wouldn’t notice her. Sneaking around without getting discovered was a skill she had mastered early in her time living there.

Knowing exactly which hallways would be empty at this time made it easy to avoid the temple’s other residents. She made her way through the maze-like corridors, all of which she knew like the back of her hand, to the garden farthest away from the main halls of the temple.

As the garden came into view, Selissa felt herself relax at the familiar sight. The morning light bathed the place in an almost ethereal glow, painting the grass in a pale green color. It was a color that couldn’t be seen at any other time of day.

The garden was nearly isolated from the rest of the sanctuary and Selissa always got the feeling that she was stepping into a different world when she entered it. The sound of human activity faded away, and as she slowly made her way across the grass, the only noise made was that of the birds waking up to greet the day.

She liked the solitude the garden provided. It allowed her to escape the life of the temple, even if only for a little while. She was thankful to the priests who had taken her in all those years ago, and they had always treated her well, but she knew she didn’t belong there. It was like there was an invisible wall between her and everyone else. It made little sense to everyone else, but she felt the least alone when she was by herself.

She walked through the garden, slowly approaching the small lake hidden in the back. Watching the light play across the surface, she listened to the soft sound of rippling water.

Sitting down at the edge, she watched the water move quietly. The wind had blown a few leaves into the lake and rings were slowly spreading, disturbing the surface.

As the water stilled, Selissa found her reflection staring back at her. A narrow face framed by dark hair. But that was rarely what caught people’s attention. The pair of eyes staring back at her were pale, a misty silver color barely broken by faded black pupils. They stood in sharp contrast to her dark hair and made the reflection shimmering across the surface seem unreal.

Frowning, Selissa threw a rock at the water, watching the ghostly image dissolve. It was no wonder people kept their distance. She knew those strange, silvery eyes unnerved them. The way she looked reminded them of the demons in the myths who took the shape of humans in order to trick their victims. In a place where people worshipped angels, a simple birth defect was enough to make everyone wary of her.

Lost in thought, she almost missed the sound of soft footsteps on the cobbled path. Her head snapped up when she realized she wasn’t alone, searching the garden for the intruder.

A young man, dressed in priest robes, stepped onto the path behind her. She relaxed immediately when she recognized him.

Calen had been an apprentice at the temple when Selissa first arrived. He was one of the people who had found her lying battered and bruised outside the sanctuary grounds all those years ago before she was taken in by the temple’s priests.

He had long since passed his exams and become a priest, but to her he was still the same. The years hadn’t changed his boyish but kind face much and he still had the same shaggy blond hair that always managed to make him look like he just rolled out of bed.

“Skipping Mass again?” he asked, as he approached her. There was no accusation in his voice, and the smile on his face told her he was more amused by her actions than disapproving.

Some of the tension disappeared from her shoulders. Calen was the closest thing she had to a friend and being around him always made her feel at ease. “I’m not skipping. I’m just not attending,” Selissa answered, before realizing how stupid it sounded. Calen’s smile widened and he let out a chuckle.

“The High Priest won’t be happy with you, you know,” he said, sitting down next to her.

She scowled and rested her head in her hands. “That old man is never happy, is he? I might as well be slacking off since he needs something to complain about, anyway.”

Calen let out a sigh, though the smile never left his face. He was so used to her antics by now that he didn’t even try to correct her.

“Why did you come out here anyway? I guess you didn’t just want to remind me that I wasn’t at Mass,” Selissa said, figuring that he must have had a purpose in coming to find her.

“Some refugees and travelers arrived this morning to seek sanctuary here. Since you skipped Mass again, the High Priest wants you to help getting them settled.” As Calen said this, he rose from his spot beside her and extended his hand to help her up. She stared at it for a moment before reluctantly accepting it. How bad could it be?