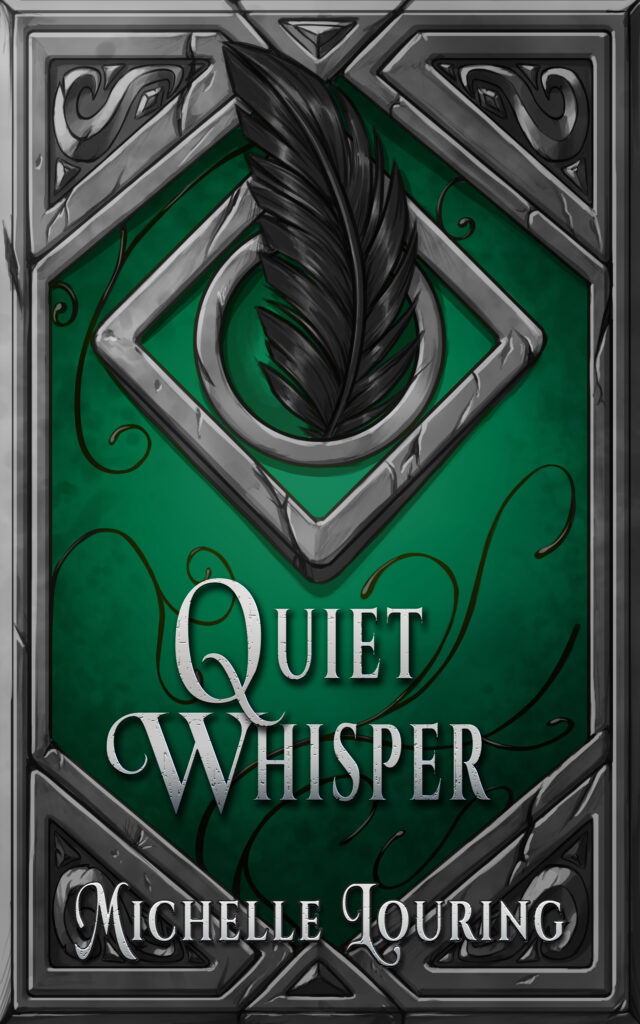 She really should be wondering what he was doing there. No sign of him for months, yet somehow he managed to show up in the exact same town she had been staying in for the past week. It didn’t bode well.

He was watching her intently from across the street. Looking perfectly at ease as he was sitting atop of a brick wall, elbows rested against his knees and his chin placed in his palm. Selissa could feel his eyes boring into her, and she pointedly ignored him.

A map was laid out in her lap, and she tried to focus her attention on it, in the vain hope that he would go away if she pretended not to see him. It quickly turned out to be a lost cause.

With a frustrated sigh, she folded the map and crammed it into her pack. Gritting her teeth, she carefully kept her eyes lowered so he wouldn’t get the satisfaction of seeing her seething.

“I just finished another job…” she said, loud enough to be heard on the other side of the street. “Is a bit of peace and quiet really too much to ask for?”

She heard the sound of boots hitting the ground and lifted her eyes to glare at the man who insisted on making her life a waking nightmare.

“Peace and quiet would drive you insane,” Ardeth said as he approached her, voice deep and familiar. “If that was what you wanted, you would have gone back to the temple a long time ago.”

He really was infuriating when he was right. Selissa huffed and glared at the assassin, even though she knew she had lost the argument before it even began.

As he had closed the distance between them, she was able to get a good look at him. He had not changed at all since she had last run into him in some shady tavern far out in the country, but somehow he always managed to look different to her every time she saw him.

She decided it had to be the strangely tasteful attire he was dressed in. He was wearing a gray traveling cloak over a dark green vest and faded black pants. The clothes had no tears nor did they show any other signs of battle, which in itself was very odd. His long black hair was tied back in a low ponytail with a green ribbon that matched the vest.

To top it all off, the left side of his face was covered with a black leather mask. Selissa knew all too well what was hiding beneath that mask, but Ardeth rarely bothered to cover up the mark tattooed on his cheek. Something was definitely off.

She decided to completely disregard his previous comment as she looked at him critically.

“Should I be disturbed by how… decent you look?” she asked hesitantly.

Ardeth grinned, the predatory glint in his eyes standing in sharp contrast to his appearance. “You’re not the only one who just got off duty.”

Selissa lifted an eyebrow. As far as she knew, Ardeth’s ‘duty’ involved slashing some poor bastard’s throat and then delivering the body on a silver platter. Hardly stuff you needed to dress up for.

“Some people prefer to take a less direct approach…” he explained when he saw her skeptical look. “Though personally, I never understood the point of blackmail when you can rid yourself of the problem in far easier ways.”

She suddenly realized what he meant. “Never took you for a spy… You don’t strike me as someone good at blending in.”

“That’s because I never bothered trying,” he said simply.

There wasn’t really any arguing with that. Ardeth had never cared what anyone else thought, and he wasn’t about to start now. That he even accepted a job involving a fair deal of deception was a surprise. Selissa cringed at the mental picture of Ardeth acting civil to fool some unknowing victim into trusting him. It just didn’t sit right with her.

“And it’s a complete coincidence that our paths just happened to cross?” she asked lightly.

“I’m not going to get dragged into some crazy scheme, am I?” she asked exasperated. Things tended to go downhill every time she ran into the assassin.

“Not because of me…” he said, but he was looking at something behind her. Leaning forward, he spoke softly into her ear. “But maybe because of the redhead who’s been watching you for some time now.”

Selissa spun around to follow his eyes, but she saw nothing except the various merchants and townsfolk in the street. “What are you talking about?”

“A girl,” Ardeth said as his eyes returned to her. “She’s been watching you ever since you started talking to me. She disappeared the moment you turned around.”

Selissa kept looking uncertainly over her shoulder, but whoever Ardeth had seen was long gone now. She had not noticed anyone watching her, but she didn’t doubt him for a second. The only problem was that she had no idea why anyone would be watching her.

She shook her head, refusing to let herself become paranoid just because some kid had been staring at her. It wouldn’t be the first time.

“It’s probably nothing,” she said, more to herself than to Ardeth.

She hadn’t really had high hopes that Ardeth would leave her alone, but Selissa still found herself becoming annoyed when he followed her like a loyal — albeit very dangerous — dog as she prepared to leave the town.

“Do you really not have anything better to do?” she asked as he stalked a few feet behind her while she made her way towards the gates. The town they were staying in was located in the far east of the Maiya province, not far from the border between Sinaria and Ver’dohna, and the presence of military was prominent. It was mostly populated by war refugees, and Selissa was highly aware of how they stood out in the crowd. She could feel eyes lingering on them as they passed one of the town guards.

“Not really, no,” Ardeth said casually. He didn’t seem all that bothered by the suspicious looks sent his way.

“Following me won’t be much fun,” Selissa said, even though she knew he wouldn’t listen to her. “I’m not even sure where I’m going.”

“Let’s find out then,” he said as if it was the most obvious thing in the world.

Selissa stopped abruptly. She placed her duffel bag and her sheathed swords on the ground and turned to look at the assassin with her arms crossed over her chest.

“No,” she said slowly, as if she was talking to a child. “I’ll find out where I’m going next. Alone.”

Ardeth smiled and bent down to look her in the eye. “How are you going to stop me?”

Before she could reply, he leaned closer and whispered in her ear. “And just so you know, that girl is still watching you.”

Startled, Selissa looked over his shoulder and saw a flash of red disappear around a corner. For a moment she considered shouting out to the person, but she could still feel the eyes of the town guards lingering on her, and it was better not to draw any more attention to herself.

“How did you even notice her?” Selissa asked as Ardeth drew back from her. As far as she knew, he would have had his back turned at all times and couldn’t possibly have seen the girl by accident.

“If I didn’t notice such things, I would have been dead long ago,” he said.

He had a point. Not to mention that if he didn’t notice, she would be long gone as well. Selissa couldn’t even remember how many times he had saved her when she was about to be stabbed in the back.

She took one last look at where the girl had disappeared, weighing her options. She didn’t know if the girl was a threat, but even if she was, Selissa doubted she was in any danger as long as Ardeth followed her like a shadow. And she wasn’t eager to stay in the town any longer than she had to. Not while wary eyes still followed every step she took.

“I’m leaving,” Selissa told Ardeth, before turning on her heels and continuing towards the gates. “Do as you like.”

She knew he would follow, and she wasn’t disappointed. He would have been a poor shadow if he had let her get away.

“You’re not going to do anything about it?” he asked.

Selissa shook her head and kept on walking. “I’m not going to go look for trouble. Not today. If anyone wants something from me, they can come and say it to my face.”

“Then I guess I will do that.” The voice calling out to her made Selissa stop dead in her tracks. She slowly turned around.

A young girl walked towards her, sparing Ardeth a wary glance as she passed him. She had to be around fifteen, the faint traces of childhood just barely visible on her face, and Selissa couldn’t shake the feeling there was something familiar about her.

Her red hair danced around her face as she came to a halt before Selissa. A strained smile graced the younger girl’s lips as green eyes met silver.

Selissa stood unmoving, still convinced she had met the girl before, but unable to recall where. Slowly, the girl led a hand to her hair and swept a flaming red lock behind her ear, revealing her left cheek, and along with that, an all too familiar tattoo. A tattoo nearly identical to the one carried by the assassin at Selissa’s side. Finally, the pieces fell into place, and Selissa remembered exactly who the girl in front of her was.