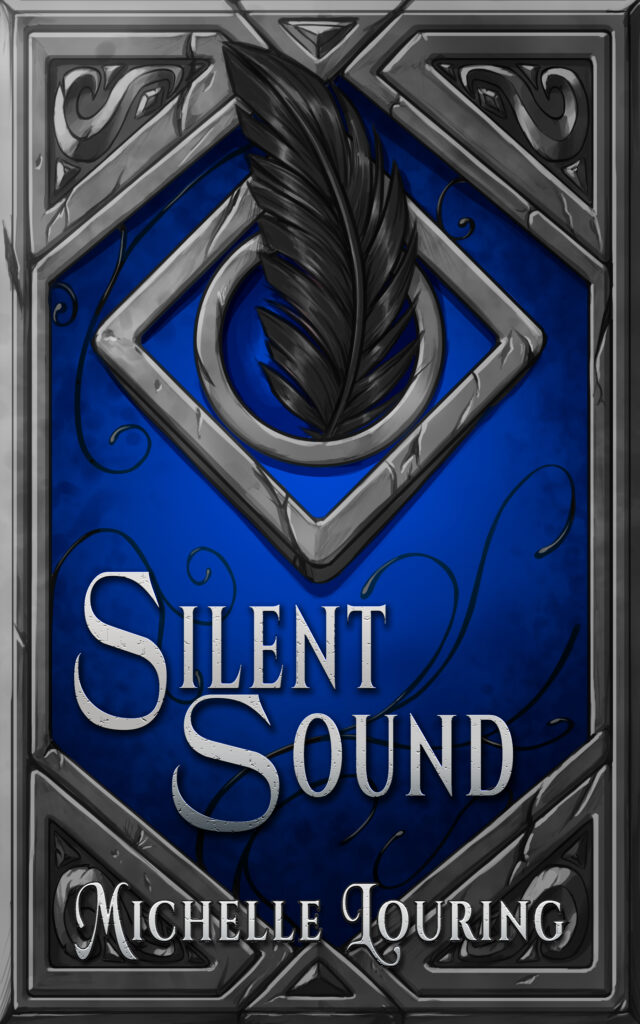 The sound of her footsteps echoed against the walls as she walked through the gates. It felt like an eternity since she had last set foot in this place, but in reality it had barely been a year.

As she looked around, she noticed how nothing had changed. The temple still looked exactly as it had when she left it. Exactly as it had looked in all the years she lived there.

But still it seemed foreign to her. The hallways she had walked through thousands of times seemed unfamiliar and strange, even though they hadn’t changed in the slightest.

The temple might not have changed, but she had. She was not the same person who had left a year ago.

Selissa pulled her hood closer as she walked through the nearly empty halls. Twilight had already fallen and only a few sleepy priests passed her on her way. None of them paid her any mind.

It didn’t take her long to reach her destination. She stopped in front of the heavy oak door and hesitated only for a second before knocking.

She heard a faint voice telling her to enter, and she pushed open the door. It creaked loudly as she did so, and the sound might as well have been a roar against the walls of the quiet hallway. She entered silently and pulled the door shut behind her.

“So you decided to come after all?” Selissa shot a hard look at the old man behind the wooden desk.

“You didn’t expect me to?” she asked calmly.

“Actually, I didn’t. I hadn’t expected you to return at all, no less at my call.” His lips pulled into a wry smile as he returned her stare.

Selissa suspected the High Priest of Issara had been an impressive man in his day, but age had not been kind to him. Years of worries showed in the lines on his worn face. It was set in a permanent stern expression that made people instinctively think they had done something wrong. Thick hair that might once have been black had long since turned to gray and was thinning at the temples. Only the sharp gray eyes watching her calmly had not been affected by the years that had gone by.

He gestured to a chair opposite his desk. “Please sit,” he said.

Selissa crossed her arms over her chest. “I’d rather stand.”

The old man sighed. “I guess you’re curious as to why I have called you here.” Selissa raised an eyebrow at the obvious question, but kept quiet.

“I assume that after the whole ordeal with the Demios clan, you now know about the powers you possess as the host of Cadeyrn,” he said, watching her carefully.

She stiffened as realization sunk in. “You knew,” she said accusingly.

“Selissa, let me—“ he started, but she interrupted him.

“For years I tried to find out what that mark meant. I asked everyone. And you knew all along,” she said coldly.

“I thought it was safer if you didn’t know,” he said. The remorse in his eyes didn’t touch her.

“Safer? You thought they wouldn’t find me?” She almost laughed at the thought. “Well, that plan certainly worked out fine.”

“You were protected here. I knew you would be going after them if you knew,” he said. Selissa scoffed.

“Well, I went after them anyway. I might as well have known what I was getting into,” she said.

The old priest hung his head in apology. Suddenly, Selissa wanted to laugh at it all. How often had she been the remorseful child being reprimanded by the High Priest? Now the roles were reversed.

As much as she enjoyed watching him grovel, this was not why she was here.

“You didn’t call me here to tell me this, did you?” she said.

She said nothing, waiting for him to continue. He seemed unnerved by her steady stare, silver eyes boring into him unwavering. He closed his eyes, as if deep in thought, before speaking.

“What do you know about the Nephilim?” he asked, opening his eyes to watch her reaction.

Her eyebrows rose in surprise at the word. She faintly recalled coming across it in some of the books she had studied relentlessly in an attempt to figure out the meaning of the mark she carried on her back. She narrowed her eyes, trying to remember what it meant.

“The Nephilim,” she said slowly, racking her mind for the information she needed. “The children of angels who mated with humans.”

The High Priest nodded, and she continued thoughtfully, “I have heard of them. But what do those myths have to do with anything?”

The old man folded his hands in front of his face and looked at her intently.

“Do you believe they are simply myths, Selissa?”

The way he said her name made her frown. “Of course they are! They are fairy tales made up by people who wanted to believe angels walk among us!”

To her surprise, he chuckled. She had never seen the old man display any sign of humor, so his sudden amusement only made her shoulders tense up. She watched him warily.

“Wouldn’t you have told me the same if I had told you about an archangel using a human as his host?” he asked her, a slight smile on his face.

She hesitated, unsure of what to say.  She was quite sure she would have been just as skeptical about the idea a year ago as she now was about descendants of angels residing on earth. But the past year had shown her that some myths were very real.

She scoffed in annoyance when she realized that he had backed her into a corner. Admitting defeat, she reluctantly went along with the idea.

“So you believe the Nephilim exist?” she asked.

“I not only believe it, I know it for a fact,” he said. Selissa stared at him with disbelief.

“Don’t tell me you actually know of one?” she asked in amazement.

“I do. And not just any Nephilim, but the son of one of the archangels,” he said.

Selissa wanted to ask him if he was kidding her, but then again, she didn’t believe he had ever kidded anyone in his life. She was at a loss for words, unsure of what to make of this information. Luckily, she didn’t need to fill the silence.

“Twenty-three years ago, Arnath, the archangel of healing, fell in love with a human woman, and she bore him a son.”

She wasn’t quite sure how to react to that, so she addressed another issue.

“What does that have to do with me?” she asked.

“The child was taken in at the temple of Arnath,” the High Priest said. “The priests of Arnath see it as their duty to protect the son of their guardian.”

Selissa summoned all her patience and waited for him to tell her which role she played in all of this.

“Lately, several residents of the temple have been attacked. The problem is, no one has seen the attacker. But the priests agree that it’s nothing human.”

“A demon?” she wondered out loud. A demon would have been able to attack someone without their victim ever seeing what hit them.

“Everything about the attacks makes it seem like the work of a demon. There’s just one problem…” At that, the priest hesitated.

“What problem?” she asked curiously.

“The attacks happened inside the temple’s walls. A demon shouldn’t be able to enter holy ground,” he said, his face deadly serious.

Selissa nodded slightly in understanding, but there was still something she couldn’t figure out.

“Where does the Nephilim fit in?” she asked.

“The priests think he is the target of whatever is attacking the sanctuary,” he said.

“And you want me to do what, exactly?” she asked, eyebrows raised. As fascinating as all this was, she still didn’t understand what it had to do with her.

The High Priest rested his chin on top of his folded hands and met her eyes. “I want you to protect the Nephilim and find out what is after him.”

“And why would I do that?” she asked, frowning. Her voice came out harsher than she intended, but the High Priest didn’t even flinch. “I don’t owe you anything.”

“No… You don’t owe me anything,” he said slowly. “But I can’t think of anyone better suited for the task, and I know you won’t turn your back on people who need your help.”

“Don’t talk to me like you know me,” she said, anger seeping into her voice. “A lot has changed since you last saw me.”

The look that passed through his eyes at that moment almost made her regret being so harsh. The usual stern look faded completely and only sadness was left on his face.

“I know,” he said quietly, voice filled with regret. “I wish I could have done something to prevent it from happening, but you can’t run from who you are. And you can’t deny your connection to the archangels.”

Selissa crossed her arms over her chest and looked at the floor. She was beginning to realize she did not have a choice in the matter.  She closed her eyes and sighed.

“When am I leaving?” she asked in defeat. She might as well give in and save herself a lot of grief.

“You can stay the night and leave tomorrow. Your old room is still empty.”

She shook her head at herself, wondering what she had just agreed to.