But how many have a tiny and incredibly grumpy owl to pose next to said books?

Here you find the posts with all of  the books I have been reading, each of them featuring a photo of Artemis scowling at the camera (or trying to eat the book), accompanied by my random thoughts. Enjoy! 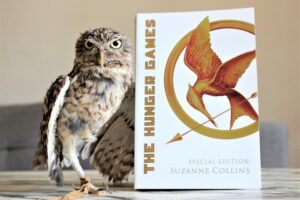 The Bookish Owl – The Hunger Games by Suzanne Collins

I know it's been a while, but I'm back with new Bookish Owl posts, and today's book is The Hunger Games by Suzanne Collins! I'm so sorry for being absent lately and not keeping up with replying to comments or staying in touch with my blogger friends. It's just been ...
Read More 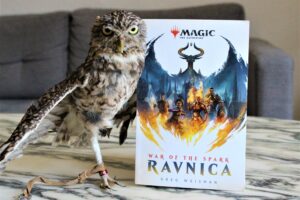 The Bookish Owl – War of the Spark: Ravnica by Greg Weisman

Next up is War of the Spark: Ravnica by Greg Weisman. As the name might suggest, this is a Magic: The Gathering tie-in novel. I have not played the trading card game, but lots of my friends are obsessed with it and some of them invited me to join a Dungeons ...
Read More 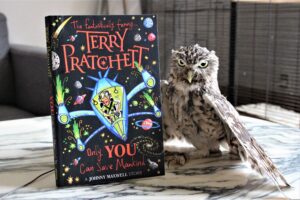 The Bookish Owl – Only You Can Save Mankind by Terry Pratchett

Time to shoot some aliens, with Only You Can Save Mankind by Terry Pratchett. This is the first book in the Johnny Maxwell trilogy. It might not have aged as well as Pratchett’s other books, but the overall message about how we’re numb to the horrors of war fits as ...
Read More 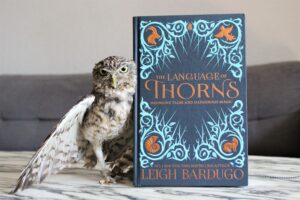 The Bookish Owl – The Language of Thorns by Leigh Bardugo

It's time for The Language of Thorns by Leigh Bardugo. This is a collection of fairy tales set in the Grishaverse and they are all wonderfully dark. We're talking far more Grimm than Disney here... and then a tad darker than that. The book itself is absolutely gorgeous, both inside ...
Read More 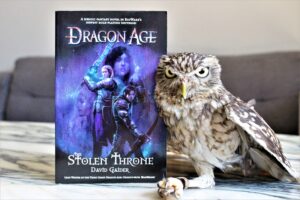 Here be dragons! Just in case the 'dragon' in Dragon Age: The Stolen Throne by David Gaider didn't clue you in... The Stolen Throne is the prequel to Dragon Age: Origins, the first game in one of my all-time favorite video game franchises. And it follows Prince Maric, the father of ...
Read More 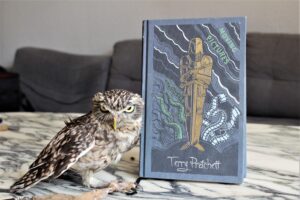 Lights! Camera! Action! It's Moving Pictures by Terry Pratchett. This has always been my least favorite Discworld book, but I did like it a little better upon rereading it. I do, however, think it could have been vastly improved by more scenes with the wizards. Especially since this is the ...
Read More 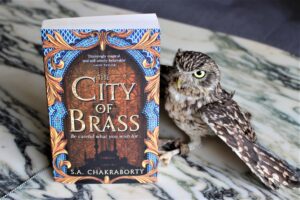 The Bookish Owl – The City of Brass by S. A. Chakraborty

This time it's The City of Brass by S. A. Chakraborty. First off, I want to say that this book has great characters, amazing worldbuilding and the plot is also just fine. Which is why I have absolutely no idea why it took me 300 pages to get into it. It ...
Read More 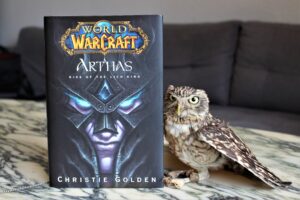 It's Warcraft time, with Arthas by Christie Golden! I read this when it was first released, many years ago, but it was nice to revisit the story of Prince Arthas Menethil, and his transition into the Lich King, the leader of an undead army set on erasing all life on ...
Read More 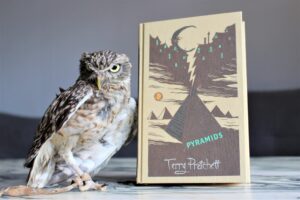 It's time for assassins and disgruntled mummies with Pyramids by Terry Pratchett. You didn't think I was done with Discworld, did you? I only have a few books left to finish my reread of this entire series, but I'm pacing myself. Running out of Pratchett books is one of the ...
Read More 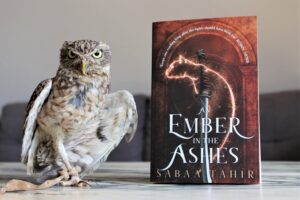 The Bookish Owl – An Ember in the Ashes by Sabaa Tahir

Another book, and this time it's An Ember in the Ashes by Sabaa Tahir. Overall I enjoyed this book. The romantic relationships between the characters seemed a bit juvenile compared to the dark themes of the book and the situation the characters found themselves in, but not so much that ...
Read More