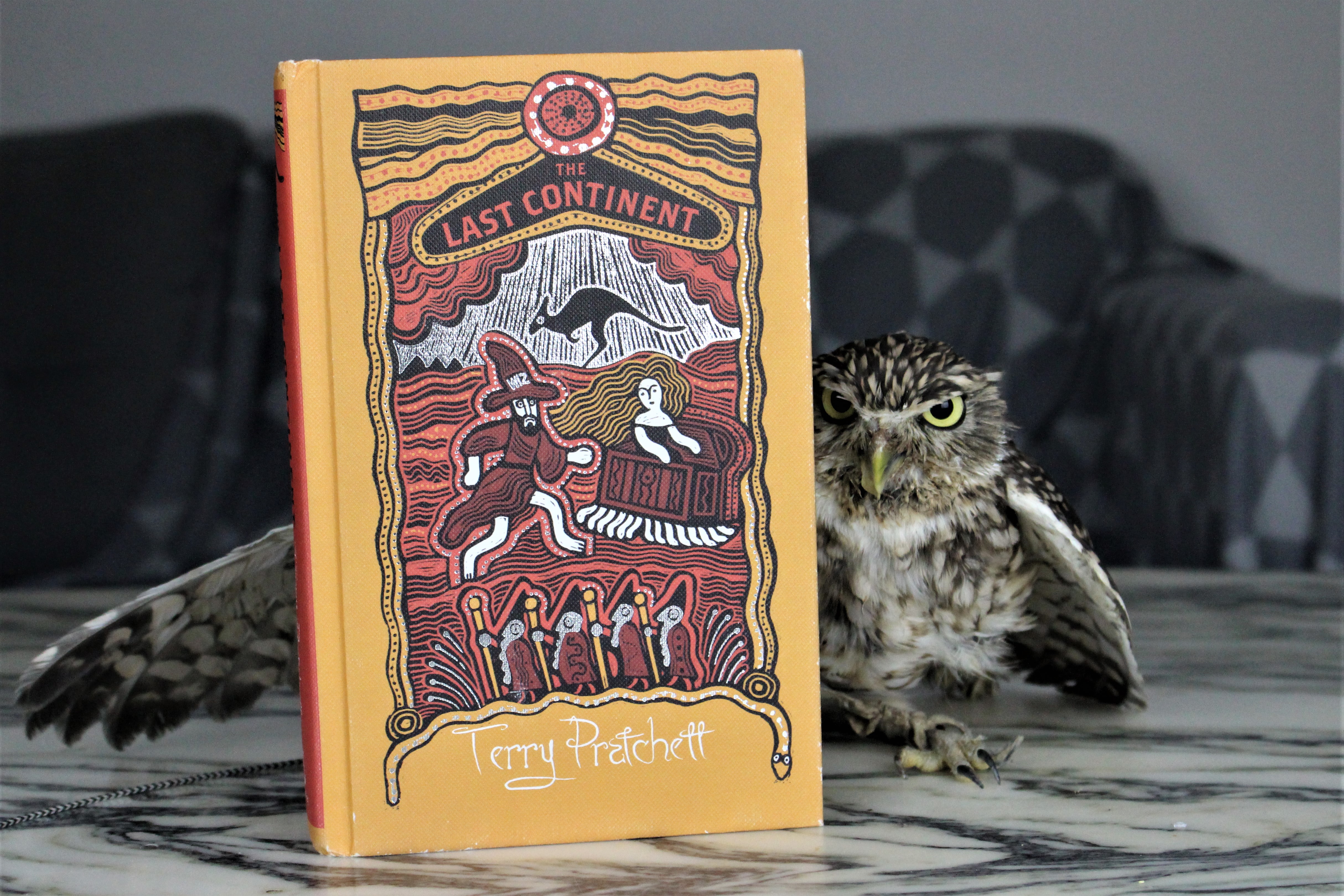 We’re going Down Under – to Foureks, obviously – in The Last Continent by Terry Pratchett.

Any Discworld novel featuring Rincewind and the wizards of Unseen University is bound to be weird. Throw in time travel and a couple of kangaroos, and it gets even weirder. Which is why I can’t tell you what this book is actually about. Of course, a book about these wizards doesn’t actually need a plot – they’re entertaining enough all by themselves – but it does make it a little difficult to write a post about it.

Though the Discworld obviously doesn’t have an Australia, this book contains so many Australian-related jokes and references that it makes you want to kick a kangaroo. We also get to see the Luggage in drag – it’s never explained where they found hundreds of high-heels – and the Librarian as a beach chair.

No, it doesn’t make any more sense in context.

The Last Continent
by Terry Pratchett

‘Anything you do in the past changes the future. The tiniest little actions have huge consequences. You might tread on an ant now and it might entirely prevent someone from being born in the future.’

The Discworld‘s most inept wizard has found himself on the Discworld’s last continent, a completely separate creation.
It’s hot. It’s dry . . . very dry. There was this thing once called The Wet, which no one believes in. Practically everything that’s not poisonous is venomous. But it’s the best bloody place in the world, all right?

And in a few days, it will be except . . . Who is this hero striding across the red desert? Champion sheep shearer, horse rider, road warrior, beer drinker, bush ranger, and someone who’ll even eat a Meat Pie Floater when he’s sober? A man in a hat whose luggage follows him on little legs, who’s about to change history by preventing a swagman stealing a jumbuck by a billabong?

Yes . . . all this place has between itself and wind-blown doom is Rincewind, the inept wizard who can’t even spell wizard. Still . . . no worries, eh? 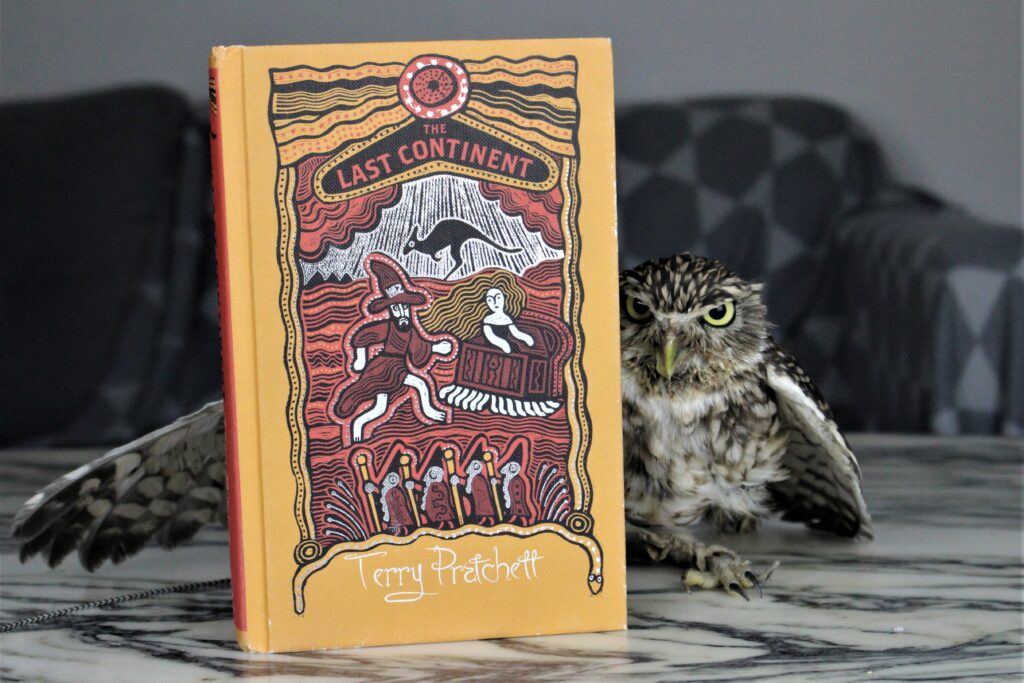