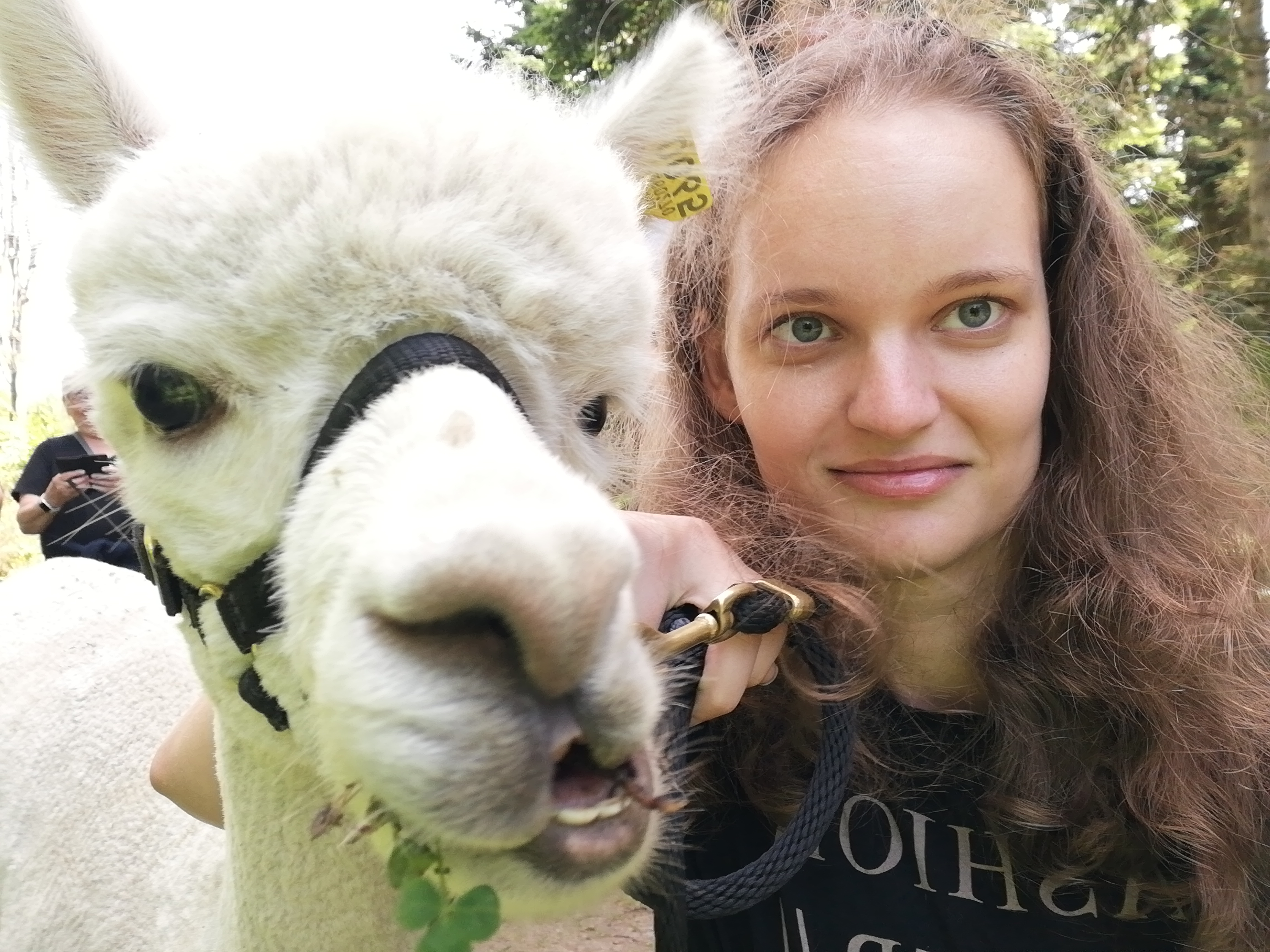 I know it’s been forever since I last made an update. But the simple truth is that nothing interesting or inspiring has really been going on.

Which is why you’re getting a little fluff post. Pun intended.

The story is simple: Yesterday, my mother took me on a trip up north. At no point during the 1½ hour car ride would she tell me where we were going, so by the time we approached this forest in the middle of nowhere, I was fairly sure she was going to murder me and bury me in the woods.

Instead, I was handed an alpaca on a leash. 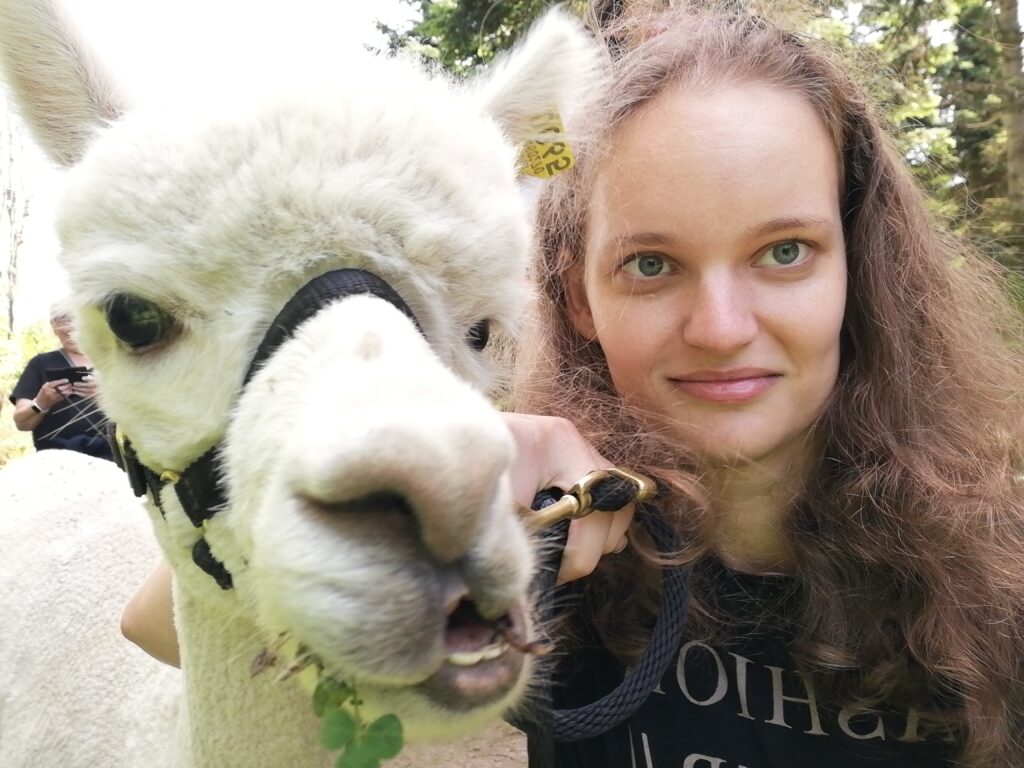 Meet Jamil. Jamil likes to eat leaves and stare into nothing, and he absolutely won’t move unless he can see another alpaca’s ass in front of him.

So I ended up walking through a forest in North Jutland, with a bunch of middle-aged ladies – most of whom kept talking about sock yarn – one wayward husband, and eight alpacas. And while this made for some goofy photos and a nice headline, it makes for a very short blog post, considering alpacas are the most mellow creatures I have ever encountered.

But hey, I need to write something on here, right?

Also, I now intend to replace Artemis with a small herd of alpacas. After yesterday, I’m absolutely convinced that three alpacas will be easier to handle than one tiny, one-legged owl. Not to mention, I would never have to weed my garden. I see no flaws with my reasoning. 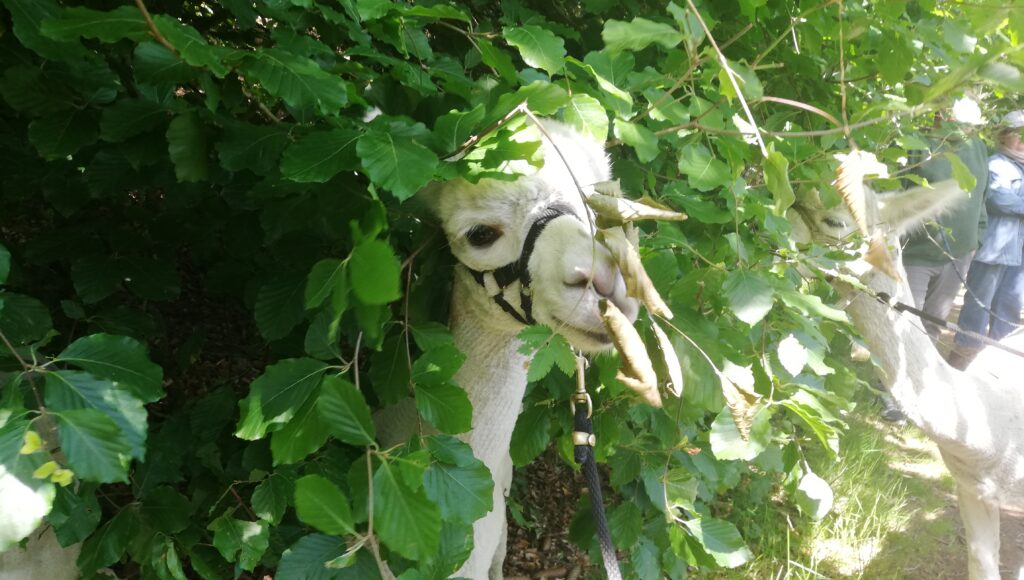 And now I have truly run out of things to say about alpacas.

Oh, except they’re soft! But you guys probably knew that already…