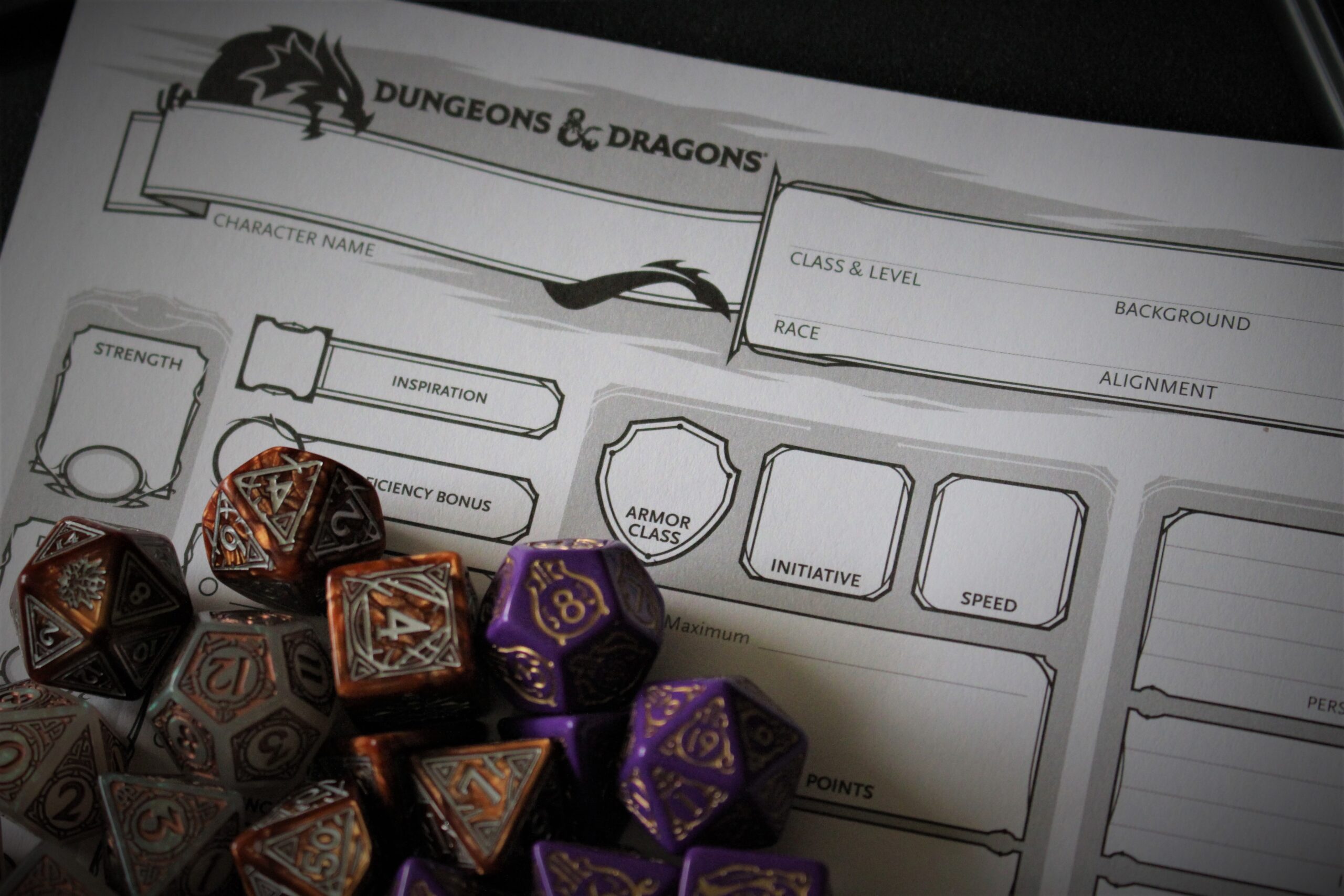 While we’re waiting for me to get off my ass and finish the large LARP posts in the pipeline, let’s have a fun little discussion about an adjacent geek topic.

I have been playing so much Dungeons & Dragons lately. As of writing this, I have done three sessions for three different campaigns within the last week, and I’ll be continuing one of those this afternoon. Which means I have wanted to talk about little else, and I think it’s about time to give my friends a break from discussions on multi-class options and character plot quests.

So I need you guys to pick up the slack.

Tell me all about your favorite D&D characters (or characters from other tabletop games, but I might do a separate post for those at some point), whether you’re playing them in an active campaign or just have fond memories of them from times past.

Sidris is a priestess of Thor who lived most of her life in his temple until one day she picked a fight with a group of goblins in the nearby forest and ended up being chased for miles before running into a group of adventurers who helped to even the odds. It was here she saw the chance to leave the temple behind for a while and go explore the world with this band of misfits.

She might have wanted to tell someone at the temple about this journey, but what’s done is done.

Now, she’s running around doing odd quests for even odder people, while being pursued by her fellow priests who want to bring her back and at the same time trying to figure out why the hell Thor has decided he wants her to become High Priestess.

She joined the party as their healer, but who really has time for healing spells when you have both Call Lightning and Thunderwave…? I don’t believe I’m exaggerating by all that much when I say Sidris is responsible for at least as much damage done to her party members as their enemies are. They’re getting better at keeping their distance, though.

Friendly NPCs don’t have the necessary knowledge to take those same precautions, but we haven’t had any casualties (yet).

I enjoy playing Sidris, because I get to be holy while still acting like a total degenerate in the eyes of most other religions. To Thor, alcoholism and tavern brawls count as worship.

Going from Chaotic Neutral to Neutral Evil, let’s take a look at Natalia.

As of writing, Natalia only has 3 sessions to her name, but the character arc I had imagined for her has already been utterly derailed. She started out as a necromancer-in-training, out searching for signs of her master who disappeared after the city guard started looking a little too closely into why a lot of corpses were going missing from the local graveyards.

Her search took her to Ironhaven, where she was investigating a rather defective undead hill giant, when a barbarian wererat, a cleric who wasn’t very good at being a cleric, and an overly friendly warlock who kept handing out pamplets for his “Church of the Tentacle” all decided that they should join the Thieves’ Guild and that Natalia was going to be their leader.

Mind you, none of them have, at any point, asked her for her name. All they know is that she’s a wizard and that she’s smarter than any of them, which is an extremely low bar.

So now this necromancer is the leader of a branch of the Thieves’ Guild. She shares her new hideout with her three idiot subordinates (she doesn’t know any of their names, either), a goat, and various random people who failed their ability checks when being persuaded to join the Church of the Tentacle. And at this point, the goat might be the only who has realized that she isn’t exactly an ordinary wizard and that the basement is going to be filled with zombies once she gets access to Animate Dead.

Considering that the warlock has found a list of D&D related dad jokes, and that the cleric keeps putting his cursed armor back on every time we use Remove Curse on him, a couple of those zombies will likely be from our own ranks… I do not rule out that this character might end up as the Big Bad Evil Guy after she finally snaps.

I do actually have a short intro story I wrote for this character, but I don’t know if that’s something people would be interested in reading on this blog. Let me know.

The newest character of the bunch, but I’m already growing rather fond of her. Shalendra is a kind and dedicated druid… who got kicked out of the Circle of the Moon because her fascination with fire led to one too many accidental forest fires.

I have only played her in one session so far, but it’s a lot of fun to play a fundamentally good character who just so happens to often screw up rather badly. The only reason she didn’t cause a forest fire in the very first session was because our GM was prepared and let the campaign’s first mystery be, “Why are all the plants in this forest fireproof?”

I have never played a druid before, and it would have been overwhelming enough simply with Wildshape and standard druid spells, but I was flinging fire abilities left and right in that first session, and I only got to use half of the ones I had. Circle of Wildfire is, well, wild.

Also, I have a Wildfire Spirit in the form of a phoenix. I call him Daeva, nearby people have to make saving throws when I summon him, and he’s my precious little baby and I won’t hear a bad word about him.

I only got to play Aimon in one session, but it was hilarious and I intend to bring him back someday.

Aimon the Younger is a 89-year old assassin. He does not remember who Aimon the Older was, or how all these stolen goods ended up in his possession. He’s what I describe as an “absent-minded kleptomaniac” and I never made sleight of hand rolls for him. Every once in a while, the DM would just tell me what I had ended up stealing whenever the rest of the group took their eyes off me for a few seconds.

However, despite being mostly senile, he was surprisingly effective in combat. Be nice to your elders, kids… or you might just lose a kidney.