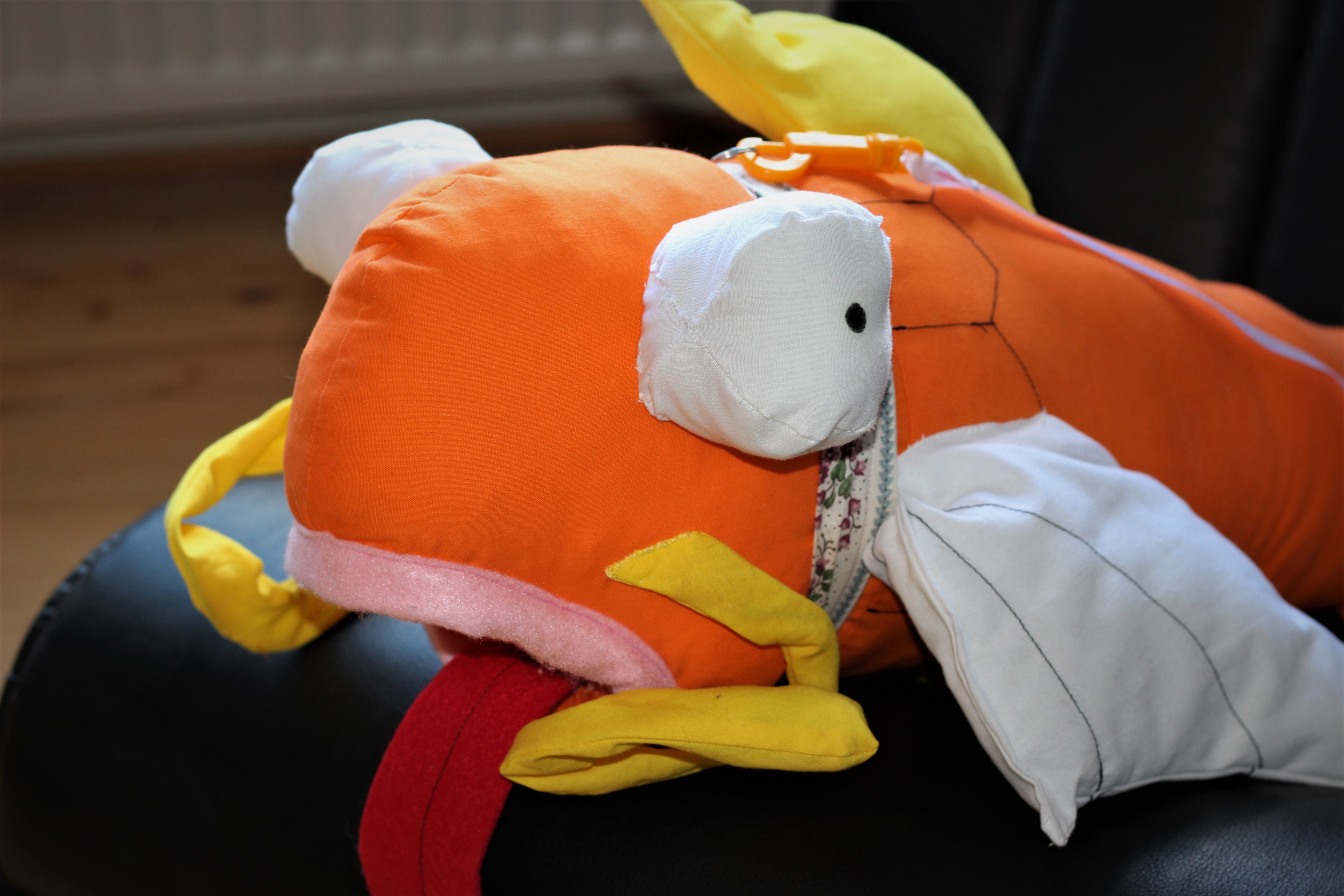 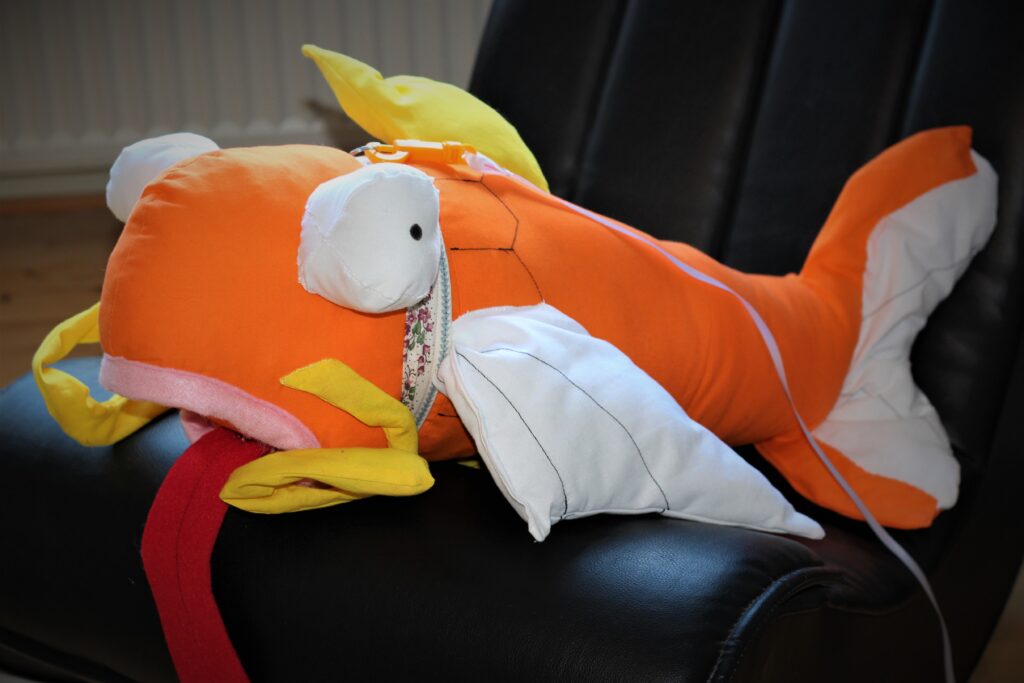 If you saw my New Year’s post, you will already have met Flip-Flop.

You did not, however, get an explanation for Flip-Flop.

I felt like this belated Christmas present from my friend and fellow cosplayer, Line, deserved a post of its own.

A bit of backstory:
Line and I, just like every other geek with a phone, enjoy playing Pokémon GO when the weather’s nice and the ass-groves in the couch get too deep.

If you’re familiar with Pokémon (and if you’re a child of the nineties, you will be), you know that Magikarp is this totally useless orange fish that flops pathetically on the ground. And obviously, with it being utterly useless, it evolves into an insanely badass sea dragon called Gyarados.

If you have played Pokémon GO, you also know that you can assign a specific Pokémon as your “Buddy” which basically means you’re walking it like a dog.
For a long, long time, my buddy was the Magikarp I named Flip-Flop.

…Meaning I was walking a fish on a leash.

Of course this was all metaphorically, as Pokémon GO is just an app on the phone, but both I and Line enjoyed the mental image.

Fast forward to New Year’s Eve 2018 where Line arrives at my place with my Christmas gift tucked under her arm.

You gotta admire her dedication to this joke, because she had actually sewn this huge, goofy-looking Magikarp from scratch, and best of all: She had put a collar on it with a leash and a dog tag that said “Flip-Flop”.

This of course means that I’ll have to abandon all my other cosplay projects, because there’s no way I’m not going to dress up as a Pokémon trainer and walk around with a fish on a leash during a convention.

Did I really just make you read a whole post about a fish plushie?

4 thoughts on “Okay, I Need to Talk About This Magikarp…”