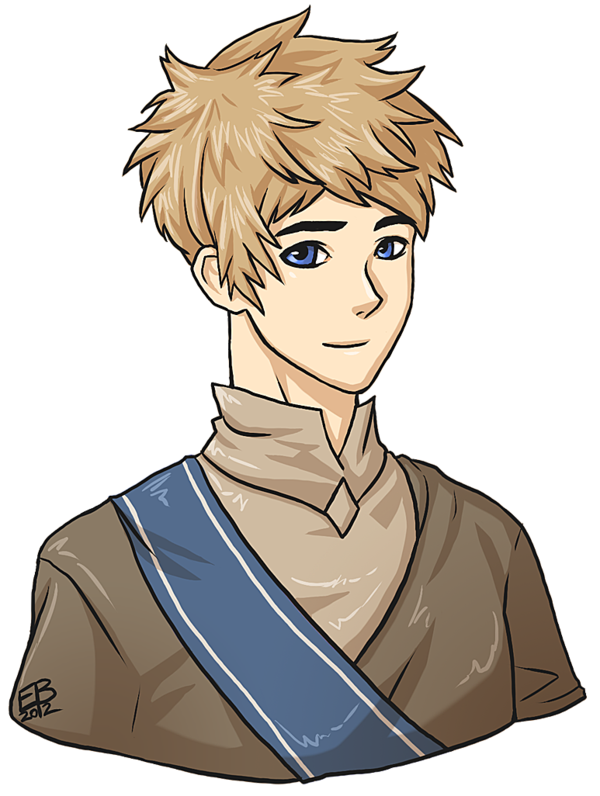 Backstory
Calen grew up in the temple of Issara, studying to become a priest. While he was an apprentice he was with the people that found Selissa battered and bruised outside the temple grounds and he spent his time looking out for her.

Personality
Calen is kind to everyone and rarely gets angry. He likes helping others and never judges someone unfairly.
He is very devoted to his duties as a priest, but always take the time to talk to the people living at the temple.

Abilities
Calen is an average man with no special abilities.

Selissa
Calen was Selissa’s only friend while they were growing up and they trust each other more than anyone else at the temple. Calen is very protective of Selissa, but doesn’t try to persuade her to stay in protection at the temple as he knows it wouldn’t change her mind.

She was so lost in her thoughts that she almost missed the sound of footsteps. Her head snapped up when she noticed the sound and scanned the garden for the intruder.
A young man, dressed in priest robes, stepped into the garden and walked towards her. She relaxed immediately when she recognized him.
Calen had been an apprentice at the temple when Selissa first came there. He was one of the people who had found her lying battered and bruised outside the sanctuary grounds all those years ago, when she was taken in by the temple’s priests.
Even though he had long since passed his exams and had become a priest, to her he was still the same as back then. The years hadn’t changed his boyish, but kind face much and he still had the same shaggy, blond hair that gave him a permanent disheveled look.
“Skipping Mass again?” He asked, as he approached her. There was no accusation in his voice, and the smile on his face told her that he was more amused by her actions than disapproving.
Some of the tension disappeared from her shoulders. Calen was the closest thing she had to a friend and being around him always made her feel at ease. “I’m not skipping. I’m just not attending.” Selissa answered promptly, before realizing how stupid it sounded. Calen’s smile widened and he let out a chuckle.