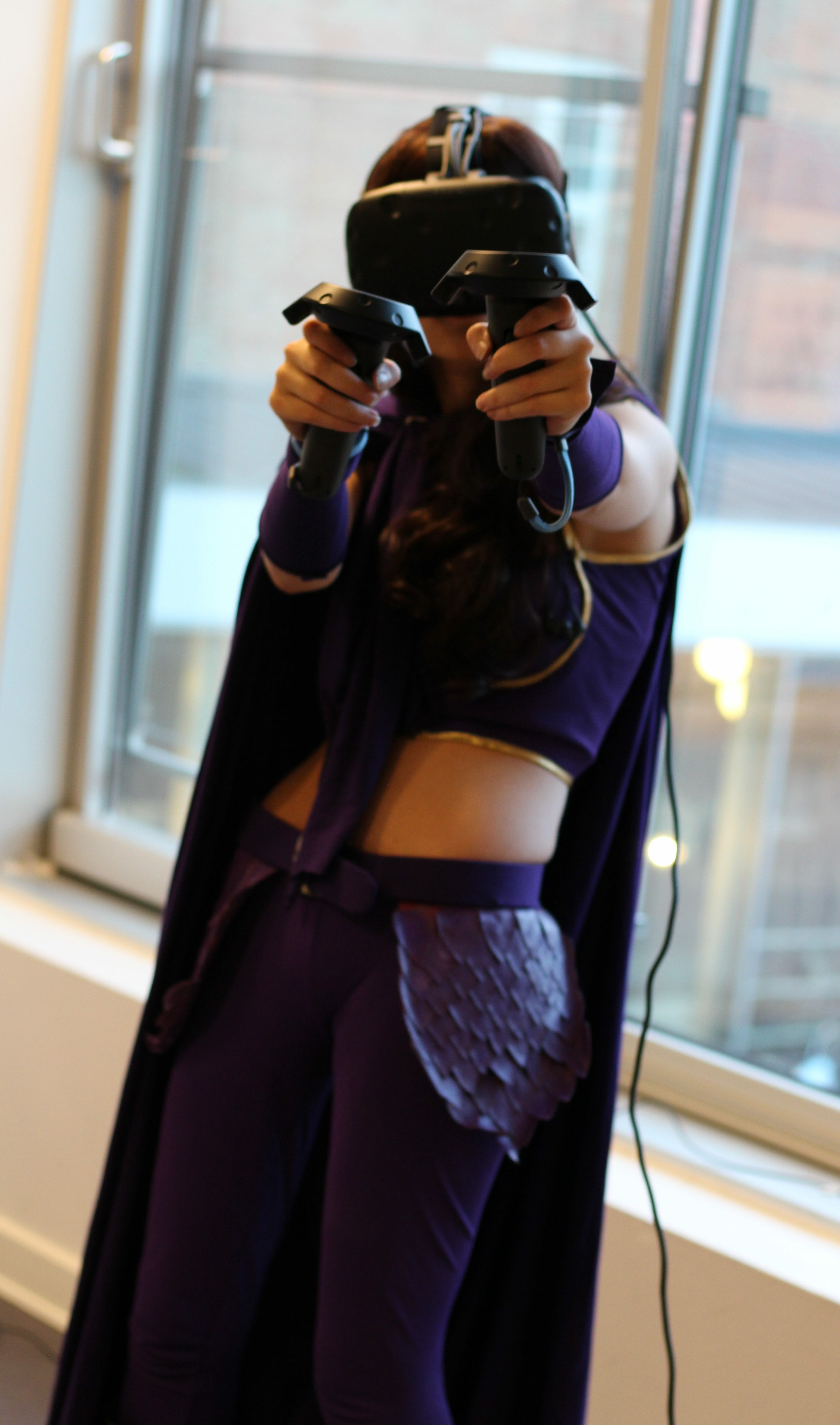 I went to a small convention this Saturday – for once neither volunteering nor selling books. These days it’s always weird for me to go to one of these events and not be busy as hell, but it’s also sort of nice having time to do things like eat lunch and breathe. However, I did still spent all of Sunday moaning in pain, because 14 hours on my feet, 7 of those spent in a cosplay with spiky pauldrons, a heavy helmet and ridiculously high-heeled boots, was more than my horribly out of shape body could handle.

Now it’s Monday and I can still barely sit down on a chair without going into a symphony of “Ow, ow, ow, ow”, but I did finally manage to lift my arms enough to write this.

The convention in question was Odense Geek Gathering – a newly started one-day convention (funnily enough located in the Danish city of Odense). As I said, it was a small affair, but while that might not be ideal for sellling books, it’s quite convenient for running around with spiky dragons on your shoulders!

I spent the day cosplaying with my friend Line – her as Empoleon from Pokémon, me in my Dragonstalker armor from World of Warcraft, so the only thing we had in common was that we both looked like weird caped superheroes.

We had a good time, walking around the convention (with Line in front, shuffling around in her penguin feet and clearing a path for me so I wouldn’t accidentally stab anyone), playing board games (where I was told I was being shady with all my chickens), watching geek-themed stand-up, and shooting a lot of guys with VR.

That shit’s terrifying, by the way. Every time I turned around, there would be some guy behind me with a steel pipe. Remind me never to try a horror game. 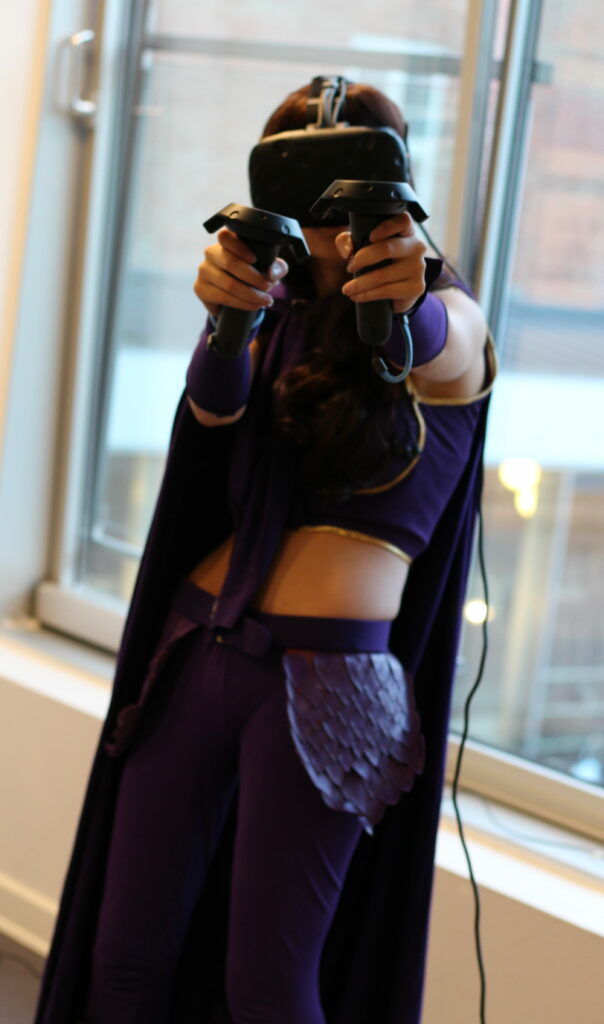 In the evening, we went out to get some food, and let me tell you: If two people go to McDonalds wearing capes… nobody will dare comment on it.

Oh, and for the third time my Dragonstalker cosplay ended up on the local news. Rather impressive, seeing as I have only ever worn it four times.
Journalists love dragons.