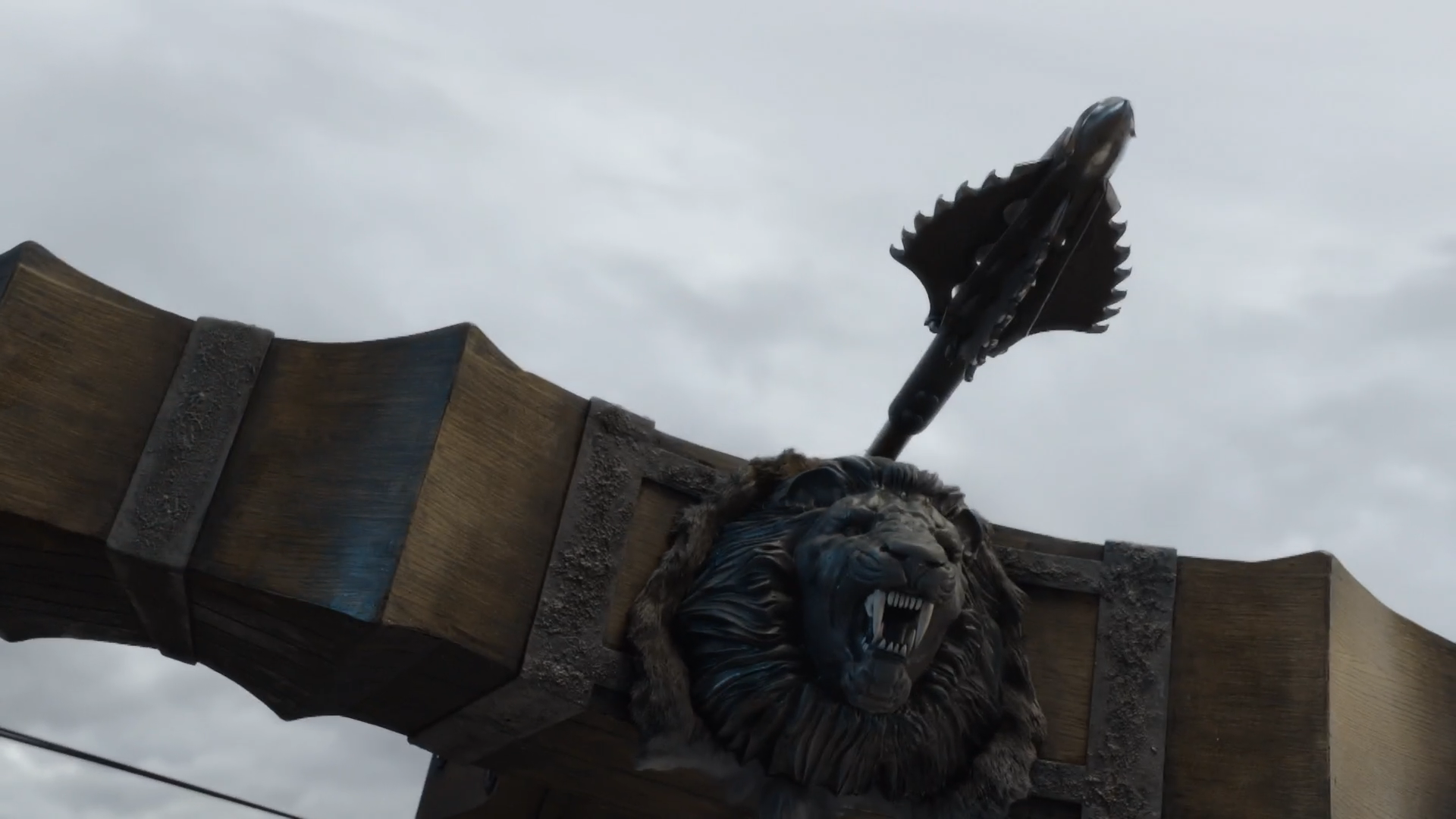 Spoilers for Game of Thrones season 8, episode 5: “The Bells”

You will all be pleased to hear that because this episode had no scenes that touched or impressed me at all, this week’s commentary won’t contain hype or fangirling. Instead it will have turned fully back to my trademark Snark, Sarcasm and Randomness.

(And you all know I do that better than joy.)

So here you have my thoughts as they appeared in my head while watching the episode. One of these days I might do a proper review, but this is not that day. You’ll have to make do with the unedited transcript of my brain. 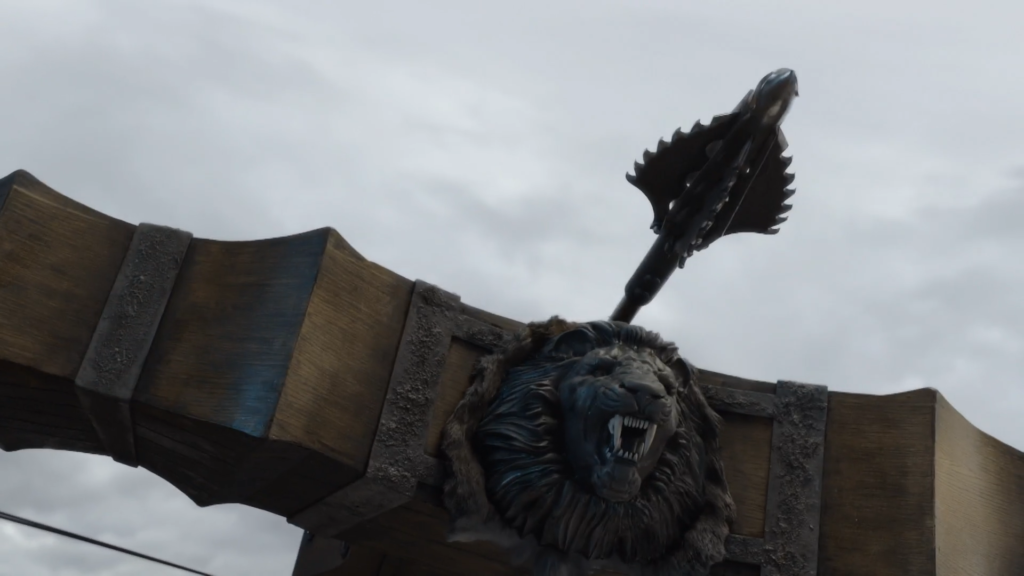 You Know Your Commentary is Going to be Boring When…

…your first thought is, “Huh… Varys’ handwriting looks a lot like my own.”

Years of Being an Asshole is Coming Back to Haunt You, Varys

I kept thinking “Why is no one listening to Varys?!”… Then I remembered that he has spent all the other seasons lying and manipulating, and not really making himself out to be the kind of person you can trust the opinions of.

Oh Sure, Like We Didn’t See This One Coming

Did anyone honestly think Daenerys wasn’t going to burn Varys alive at some point?  He basically had “barbeque appetizer” written on the forehead ever since that very first meeting Dany held on Westeros soil.

“Far More People in Westeros Love You Than Love Me”

Maybe that’s because all you have done since you arrived is to burn people?!

Seriously, what happened to the Daenerys Targaryen who gained the love of people by freeing them from slavery instead of just feeling entitled to their love?

Arya Knows How to Make an Entrance

…And that’s when the poor Golden Company guard made the choice of smart low-level employees everywhere and went to get the manager.

Did someone drop both of the Lannister brothers on their heads (repeatedly) sometime between episodes? By now, they should know that negotiating with Cersei is a lost cause, but for some reason they keep trying.

Also, Jaime believing there’s a place for him with Cersei and Tyrion believing Daenerys might not burn him alive for releasing his brother shows they have both become much dumber in the span of just a few episodes.

And why hasn’t Jaime put a glove over that stupid hand yet? Seems like the obvious solution if you want to hide being down one real hand.

Not sure when Lannister took the prize as the dumbest of the houses, but with Tywin and Kevan gone, the collective brain power can apparently be beaten by a single dim-witted chihuahua.

Last time we had a scene like this between the Lannister brothers, Tyrion went and killed their father, so let’s just assume Jaime will get his head out of his ass and kill their sister.

Those lion-head ballistae are awesome.

Disregarding how Jaime took my advice about the glove, then took it off just to show off his golden hand while walking through the city where everyone will know who owns it (what is even the point of the hood, dude?) and how the Golden Company guard apparently let Arya and the Hound in after Arya said she wanted to kill Cersei…

…am I the only one who thinks it’s a bit strange that the man in charge of King’s Landing’s defenses in the last season is a guy we have seen once (briefly) before? Couldn’t the guy have gotten a little more screen time earlier, so we know if he’s an asshole or not?

If he’s going to die an awful death in 30 minutes, I would like to know whether I should be happy about it.

Turns out his biggest achievement was making it onto one of the sneak preview photos for the episode.

(That’s what you get for not bringing any elephants.)

Cersei, What Are You Planning…?

Really, Dany, if you intend to move in… maybe don’t destroy all of the furniture.

You Guys Made the Right Choice

It’s a lovely moment when you see all the Lannister soldiers simultanously think the thought, “Cersei’s not worth this.”

What the Shit, People?!

One thing is Dany going ape-shit and slaughtering people after the city has surrendered, but Grey Worm and everyone else?!

I mean, I liked Missandei too, but has her death really turned everyone’s personality around 180 degrees to where murdering innocent people is totally okay?

If Jaime dies while wrestling Euron Greyjoy over who gets to be abused by Cersei, just in case she survives, I’m going to be slightly miffed.

Euron Greyjoy, Creepy to the End

I had hoped for Euron to die from someone breaking a jar of wildfire on his genitals (or something similar), but I’ll take what I can get.

Plot Twist: Arya’s the Sane One

When the girl who cuts off people’s faces and wear them as her own is the one acting sensible… you know you’re all screwed.

Clegane Bowl is On

And that will teach you not to make zombie giants, Qyburn! Seriously, how did you think that was going to end?

I must say, though: Gregor’s face – not as horrifying as I thought it would be.

Does This Dragon Never Run Out of Fuel?

Shouldn’t there be a point where the worst of Daenerys’ mental breakdown/temper tantrum begins to cool down? Right now, the killing of King’s Landing’s citizens seems almost methodical rather than random rage-fueled destruction…

Wouldn’t it be quite a surprise if Arya ended up dying from lung cancer caused by inhaling asbestos…?

This Episode is All Kinds of Messed-Up

How the hell did they make Cersei the most likeable character in this episode…?

I couldn’t even be mad that I didn’t get to see Jaime kill her in the end.

And Where the Hell Did This Horse Come From?!

There’s no way everyone’s dead, expect from Arya and one worryingly calm horse. What kind of twisted Disney-shit is this?!

Okay, so… I’m probably going to need some time to digest this.

What are your thoughts on this episode? Did it make any sense to you…?