Every once in a while, I go to conventions where I sell books, dress up in weird costumes, get licked by strangers… or more often than not, all of the aforementioned.

Okay, I exaggerate about the ‘licked by strangers’-thing. 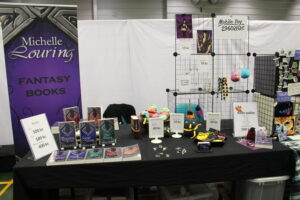 Last week I went to KoyoCon, as I do every year. It's hard to keep coming up with new and interesting things to share when doing a post, but as is most often the case, I had a good time! Even after all these years, I greatly enjoy talking to ...
Read More

KoyoCon 2022 will be held this weekend, opening on Friday, and once again you will be able to find me at my table in the Artist Alley area of the convention, likely complaining about how heavy boxes of books are to lug around. If you're going, come by and have ...
Read More 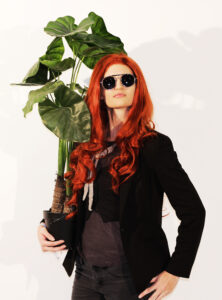 DokoCon and the Big Plant Heist

So, I went to DokoCon this weekend. It's a tiny Danish cosplay convention held for the first time this year, so the scheduled program was limited. This is understandable, of course, but it did mean that after I brought my team to victory in the Harry Potter quiz (my reading ...
Read More 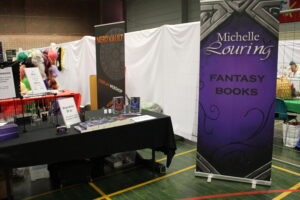 Since I'm finally semi-recovered after getting home from KoyoCon yesterday, I suppose it's time for a Post-Convention Post! Honestly, this one will not be as interesting as many of  my other con tales. No one tackled me, no one made me pose on top of a booth table, no one ...
Read More 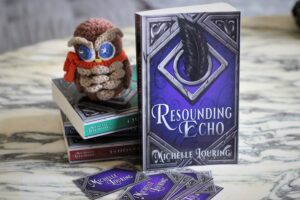 If you're going to the Danish pop culture convention KoyoCon this year, you can say hello to me. Because I'll be there. Like I have been every year... Since the convention was founded... Okay, so this announcement isn't really a surprise, is it...? But it's still good news! This year, ...
Read More 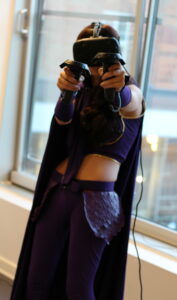 I went to a small convention this Saturday - for once neither volunteering nor selling books. These days it's always weird for me to go to one of these events and not be busy as hell, but it's also sort of nice having time to do things like eat lunch ...
Read More 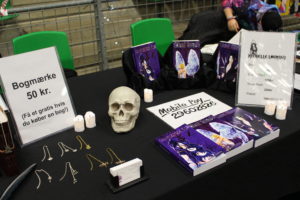 It's been forever since I did a Con Post (despite many cons passing), so I thought I better tell you all about this weekend's KoyoCon. KoyoCon 2018 was held 9.-11. November and should really have been entitled "Michelle Abuse Weekend" ...
Read More

There's a chill in air and that means it's almost that time of year again: Time for KoyoCon! As is my custom at this particular convention, I'll not only have a table in the Artist Alley where I sell paperback copies of my books, I'll also be hosting various activities ...
Read More 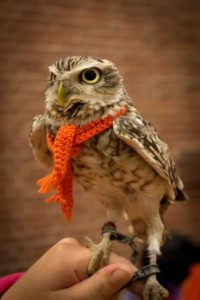 KoyoCon 2015 – Owls at the Darkmoon Faire

Following my personal tradition, here's the Post-Con Post! (Also, remember to check out my Post Con Giveaway) - As I wrote some time ago, I had a busy weekend planned out at KoyoCon 2015. I was going to help host the Warcrafter Corner, be in Artist Alley, air out Artemis ...
Read More

It's convention time again! This time it's KoyoCon that opens its doors for the third time 6.-8. November. This year, some part of me apparently thought focusing on a single task was a silly idea. Usually, I either go to a convention as an author or as part of the convention ...
Read More