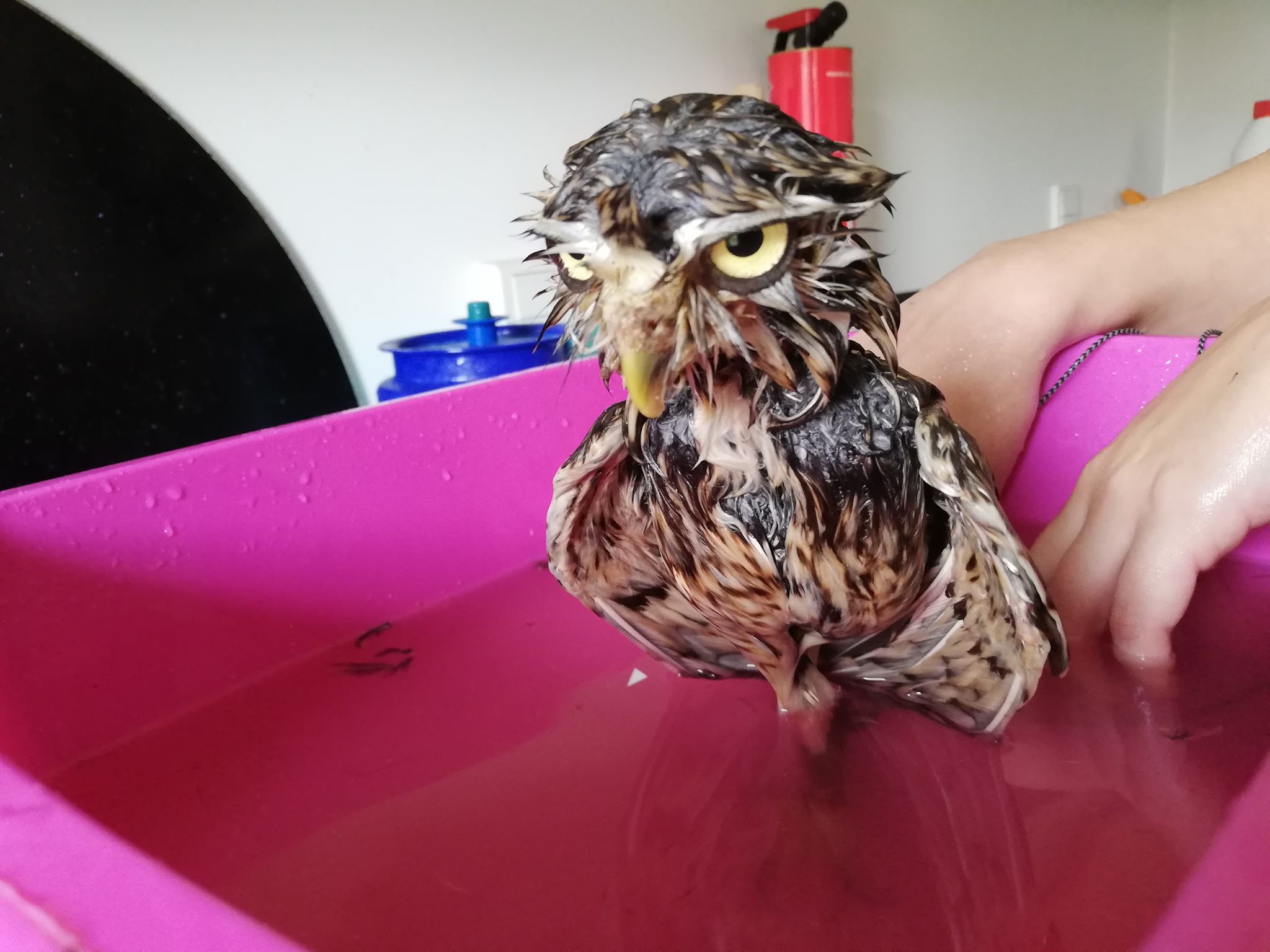 Ever since the leg amputation, Artemis the owl has been doing remarkably well. He does, however, have trouble scratching away the loose feathers on his head. So what does a good owl momma do?

She gives him a bath, then take pictures of how absolutely pathetic he looks. 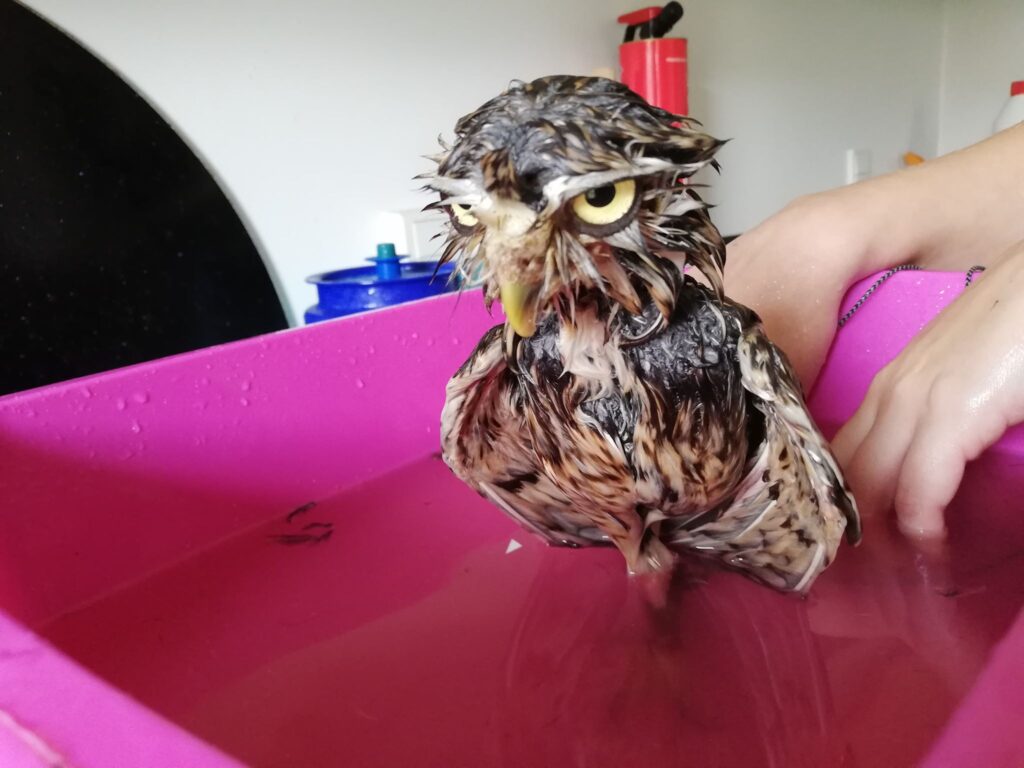 He looks like something you pull out of a blocked sewage pipe.

He also looks like someone who will kill me in my sleep, but I swear to you that he made his ‘happy sounds’ while he was drying in his cage, so I’m fairly sure it’s just the only expression available to a bird that’s mostly eyes and beak. If not, I might regret watching a lot of ‘How to Get Away With Murder’ with him…

He should be happy I didn’t  try to blowdry him. He would have ended up looking like a murderous Pomeranian and nobody wants that.

(Okay… Maybe I want to see it just a little bit…)

But it turns out that a lot of people relates strongly to the feelings portrayed in this photo, if the responses on Twitter are anything to go by. ‘Wet furious owl’ got ten times as many likes and comments as any of my new book announcements. It’s slightly depressing, but Artemis will always be the star of the show.

2 thoughts on “Of Bathtimes and Murderous Owls”