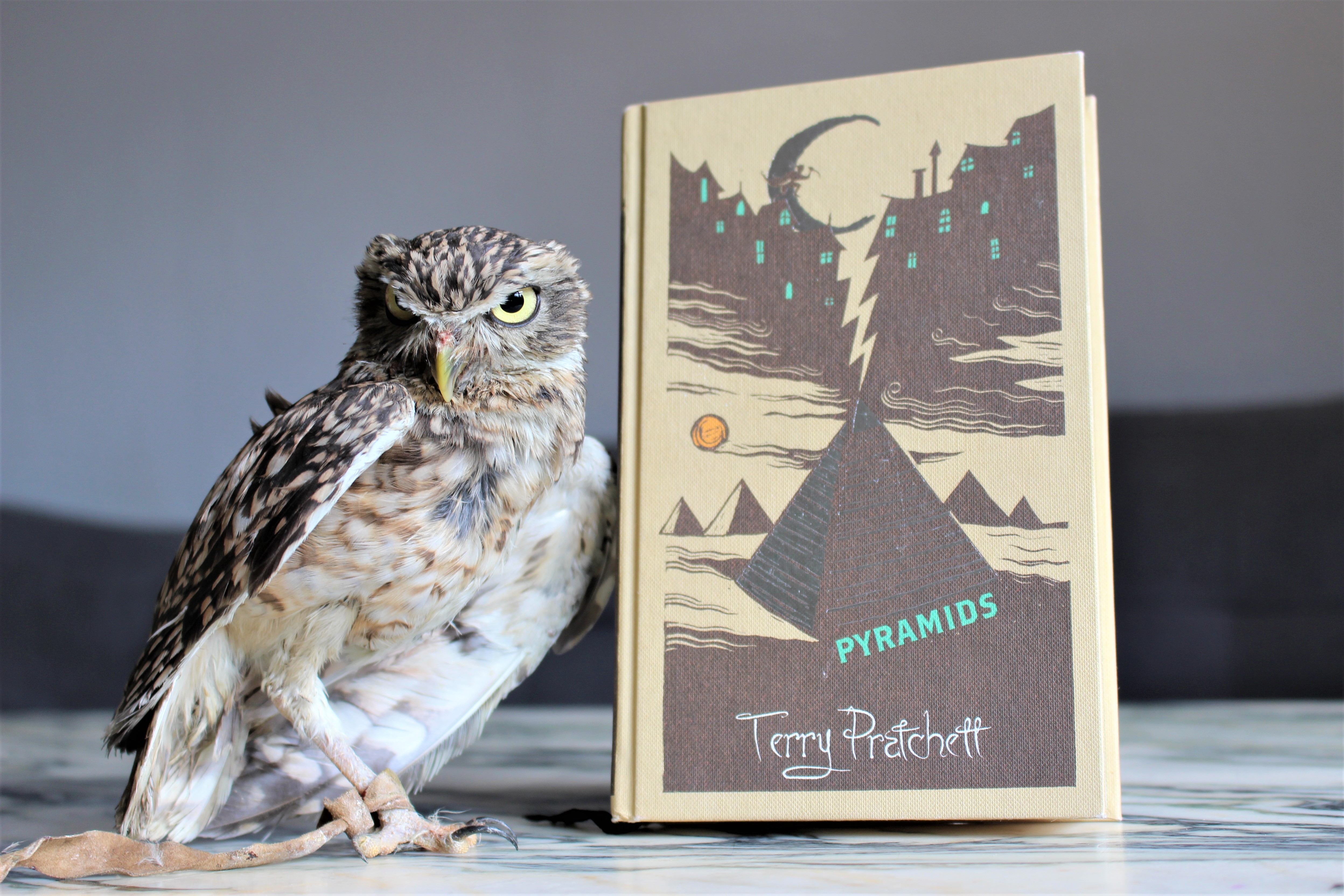 It’s time for assassins and disgruntled mummies with Pyramids by Terry Pratchett.

You didn’t think I was done with Discworld, did you?

I only have a few books left to finish my reread of this entire series, but I’m pacing myself. Running out of Pratchett books is one of the biggest problems I face in my reading life, so I’m rereading even those books that weren’t among my favorites the first time around. Pyramids doesn’t have the greatest story or characters, but it does have some pretty funny scenes. There’s Teppic getting ready for his Assassin’s exam and then promptly falling over from the weight of all the weapons he’s hidden on his person. And then there’s his prophetic dreams:

“There was seven fat cows and seven thin cows. One of them was playing the trombone.”

What the book needed was more Assassins. But considering I own two pairs of Assassin’s Guild socks, I might be bias…

It’s bad enough being new on the job, but Teppic hasn’t a clue as to what a pharaoh is supposed to do. After all, he’s been trained at Ankh-Morpork’s famed assassins’ school, across the sea from the Kingdom of the Sun. First, there’s the monumental task of building a suitable resting place for Dad — a pyramid to end all pyramids. Then there are the myriad administrative duties, such as dealing with mad priests, sacred crocodiles, and marching mummies. And to top it all off, the adolescent pharaoh discovers deceit, betrayal – not to mention a headstrong handmaiden – at the heart of his realm. 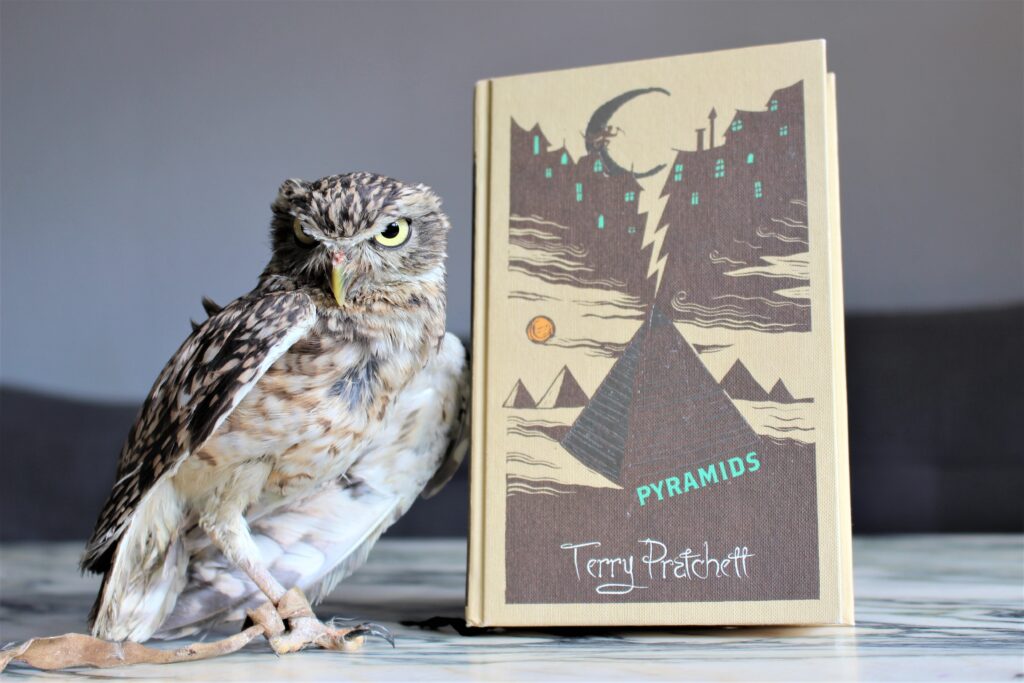