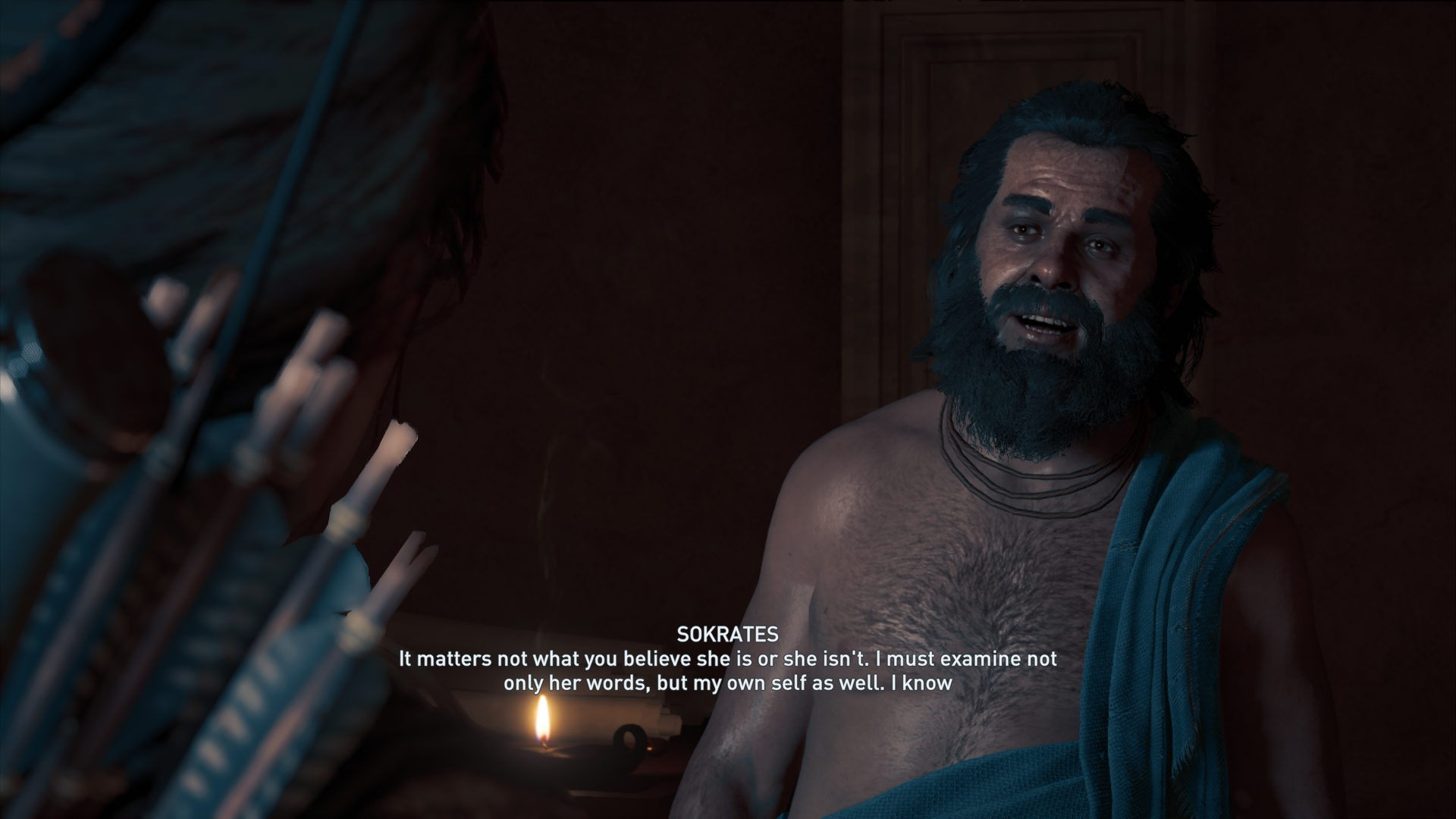 I feel it’s been too long since I did a totally random and nearly nonsensical post about whatever video game I’m playing.

Of course, that’s probably because I have been too busy to play any new games and there’s only so much you can say about your 10,000th (let’s be honest, that number might be a bit low) Heroes of the Storm match which you allowed yourself in-between struggling through edits and answering emails.

But I finally got the time to play some of the games I got during Steam’s summer sale.

(Please be proud of me for holding out for months in order to make all my various deadlines. Months.)

Now, I have a long history with Assassin’s Creed games…

I got the first couple of games on sale. Played the first game.

Didn’t get far because I kept falling off buildings.

I was told that the first two games weren’t all that good and that I should try the third one. I did, and I enjoyed it a lot more… until I got pissed at constantly failing stealth missions where I wasn’t allowed to start killing my way out if I was discovered.

Didn’t finish that one, either.

Then a friend told me that the fourth game, Black Flag, was by far the best game, and besides, it was all about pirates.

I like pirates, so I bought this game as well. Did enjoy all the content taking place on dry land, but the ship missions bored me to death.

Got stuck, didn’t finish that one either.

Bought a Collector’s Edition of Assassin’s Creed: Unity in a clearance sale, because the box was nice.

Never even installed this one.

My point is that games about assassins jumping off tall buildings and stabbing people while wearing flashy outfits obviously appeals to me in theory, but I should have accepted long ago that I’m simply too crap at them to ever finish one. And truly, I was about to make my peace with this.

Then… Assassin’s Creed Odyssey was released.

At first I didn’t think much of it as it looked like just another AC game, but without the nice coats. But all my gamer friends were going crazy about it on Twitter and my interest was peaked once I heard it was an open-world RPG.

Considering my all-time favorite games include Witcher, Dragon Age and World of Warcraft, this seemed like it would be more up my alley.

However, I wasn’t about to buy a game from a franchise I have famously always given up on in the past at full price, so I promised myself I would only try it out once it started to hit the sales. This brings us up to the present, where I’m writing a post about this game once everyone else has moved on long ago.

That’s just how I roll.

Speaking of rolling: I’m finding Odyssey to be a much smoother experience for me, compared to my previous attempts at Assassin’s Creed games.

Not only have I only accidentally fallen off tall buildings about 4 times, but the game allows me to kill just about everyone, as long as I have the money to pay off bounty hunters or the ability to run fast enough to get my ass to safety.

This is especially nice, because I keep accidentally knocking out people and upsetting the soldiers.

It’s not my fault, okay? The key for “Loot”, “Talk”, “Mount horse” and “Knock out” is the same, so it can’t be helped that I knock out the occasional innocent passersby when trying to get on my horse. And maybe I assaulted a soldier or two, just because they happened to be standing next to the general I wanted to talk to.

For some reason, that upsets them.

But luckily, they have a horrible attention span, because even if I – on accident – slashed open their shoulder, they will forget it if I run far enough away before returning. Sure, they will still be covered in blood, but it’s all water under the bridge as long as I don’t actually kill them.

Which – sort of – brings me to my next point. Odyssey, like the other Assassin’s Creed games, are based on actual historical events, places and people. As the name suggests, Odyssey takes place in ancient Greece some time after the whole deal with the wooden horse and the cyclops and all that. Which means you get to meet famous characters from that time. Characters like Sokrates. 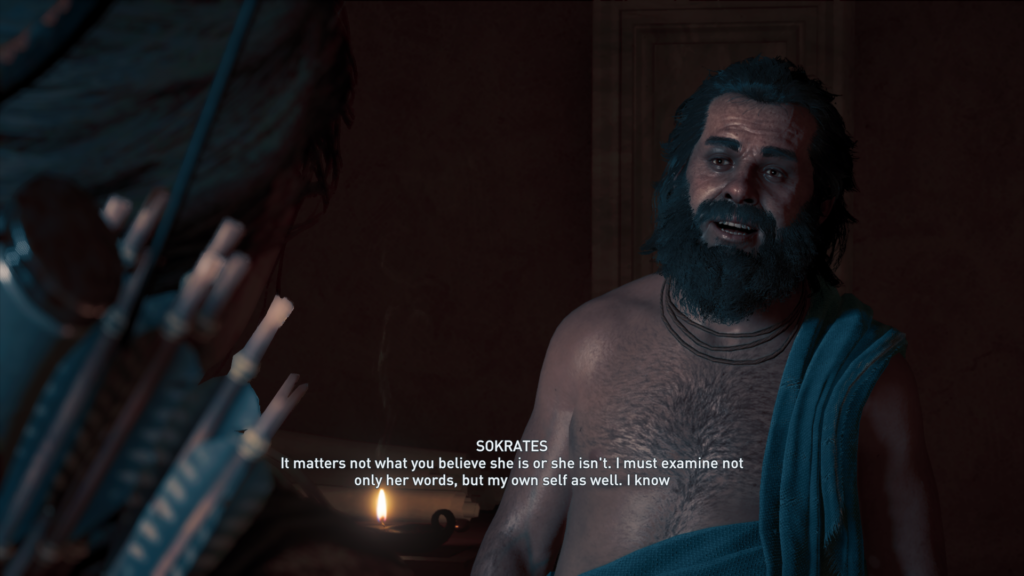 Now, let me be clear: I have never had any beef with Sokrates. Hell, I even considered naming my owl Sokrates (though I eventually settled on ‘Artemis’… which also comes up a lot in this game).

After two interactions with him in Odyssey, I wanted to punch him.

After three interactions, I wanted to punch him more than I really wanted to achieve anything else in the game.

This guy argues about everything, but has no opinion on anything. Seriously, dude, if you don’t care what I do either way, don’t force me to have a moral discussion on it!

And if you’re going to do so anyway, I feel it’s only fair that the game gives me the option I have with nearly every other NPC in the entire game:

To punch you in the face. 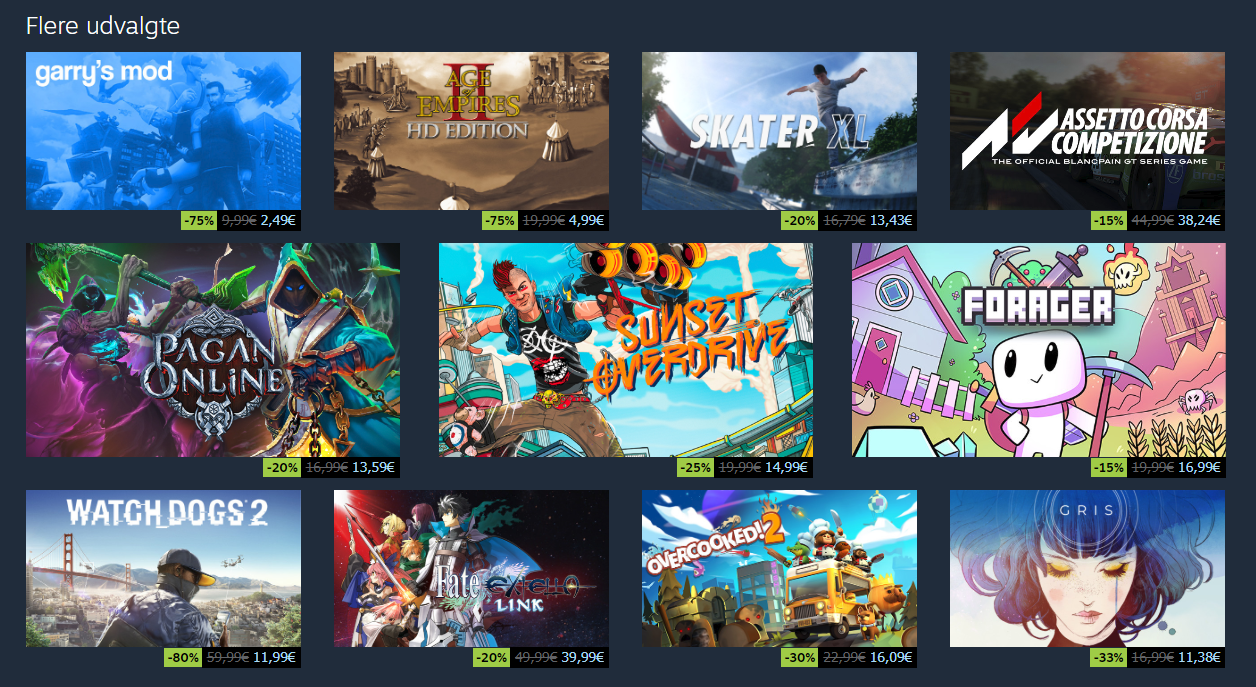 “This month, I’ll cut down on gaming and start doing some of all the stuff I have been neglecting! I’ll work on my books, get some gardening done, finish all those cosplay projects I started on more than a year ago, get serious about exercising…”

~~Checks out a few blogs before doing all those productive things~~

~~Sad sloshing sound as all my plans go down the drain~~ 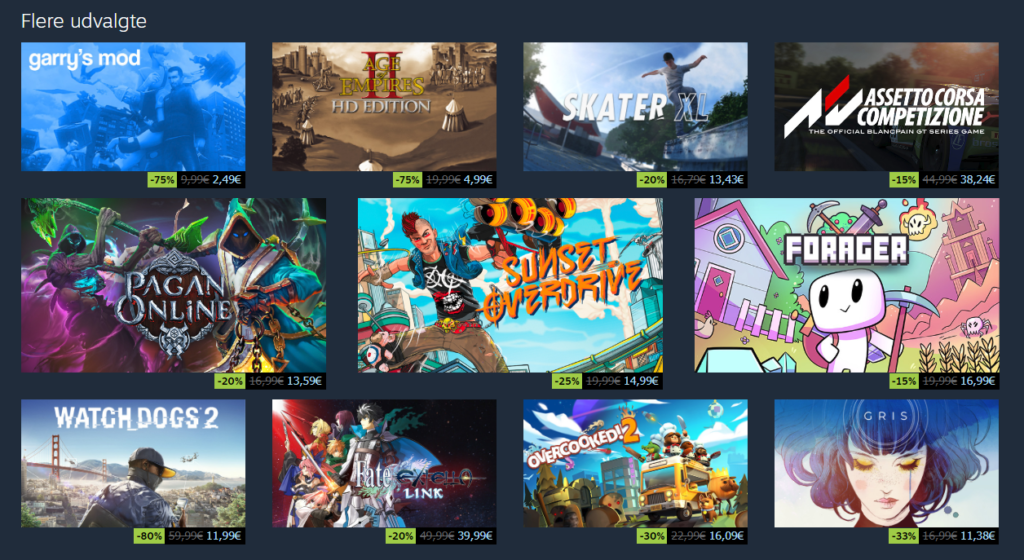 I buy too many games. Way too many. I can never resist a discounted game, even if I currently own 20 games I haven’t even played yet.

I own 6 Assassin’s Creed games. I haven’t completed any of them (though in fairness, I have tried. I just keep falling off things).

In short: I have learned nothing.

I also bought Danganronpa 1 and 2. A friend made me watch a Let’s Play of Danganronpa V3: Killing Harmony, and at some point I had to take a break to drive to my parents’ place and hug their big fluffy dogs because I was emotionally shattered. So I’m not really sure why I’m doing this to myself.

At least I stopped myself from buying Skyrim. I have heard the rumors about its adverse effect on spare time.

I’m done now. Three games I don’t need is still an acceptable amount, so as long as I keep it at that, it’s all good.