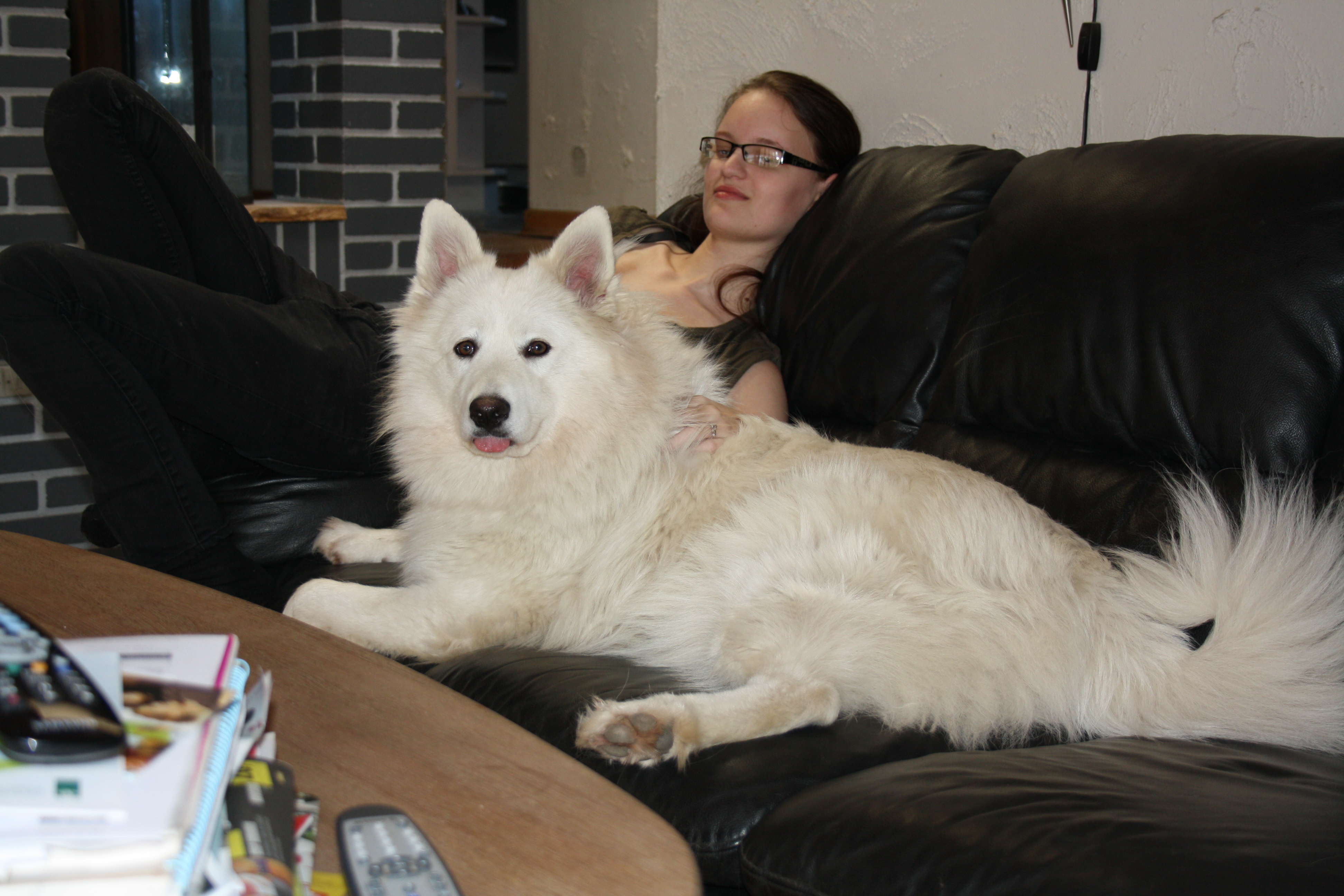 Argh, now that Rebecca Black song is stuck in my head!

Anyway, another week has come and gone and there’s nothing like just lying around to celebrate that! And no one lies around being lazy like my beautiful and cuddly samoyed Shika. 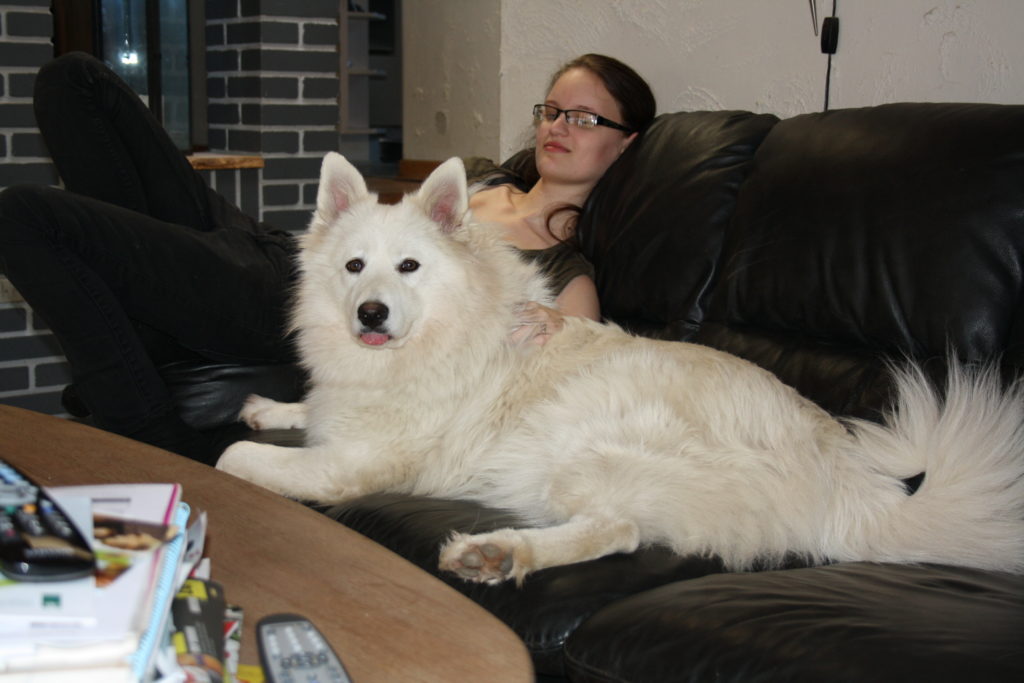 And as the adorable ball of fluff he is, he ended up recruiting me for lazy time(I fought it… I really did…). And yes, that is indeed me lying on the armrest of the couch. Should I be worried that I always end up sitting on the armrest, while my dogs spread out on the couch? 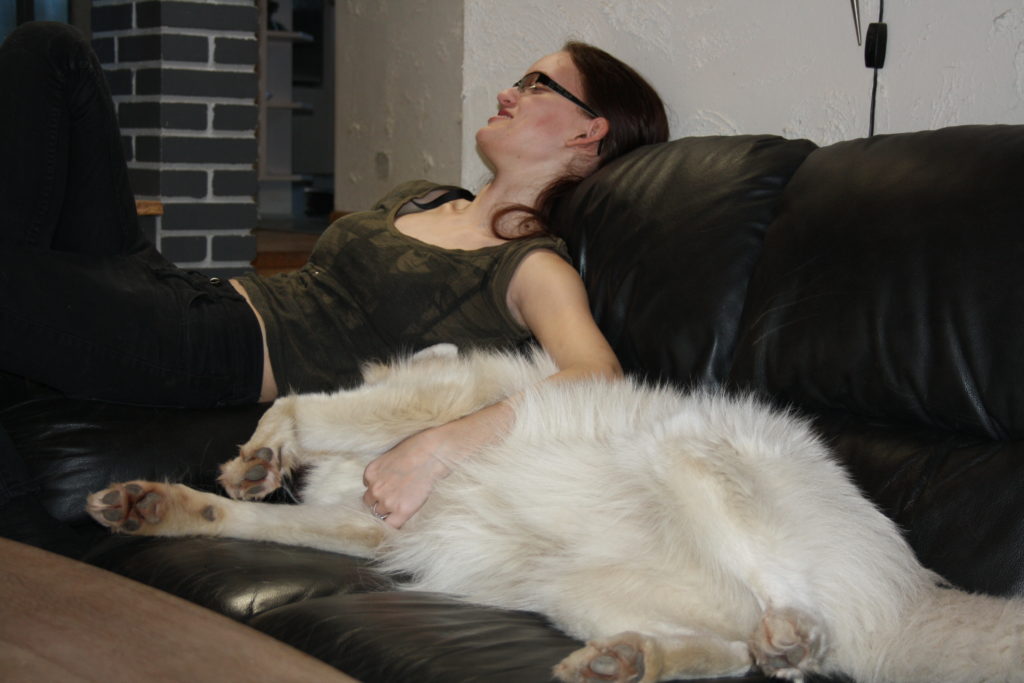 There’s nothing like watching the news with an armful of samoyed on a friday afternoon! Somehow it easens the fact that Holland is in way too much debt, our minister of foreign affairs sounds more pathetic speaking english than a 4th grader and that people are still getting slaughtered in the Middle East. Let fluff save the world… 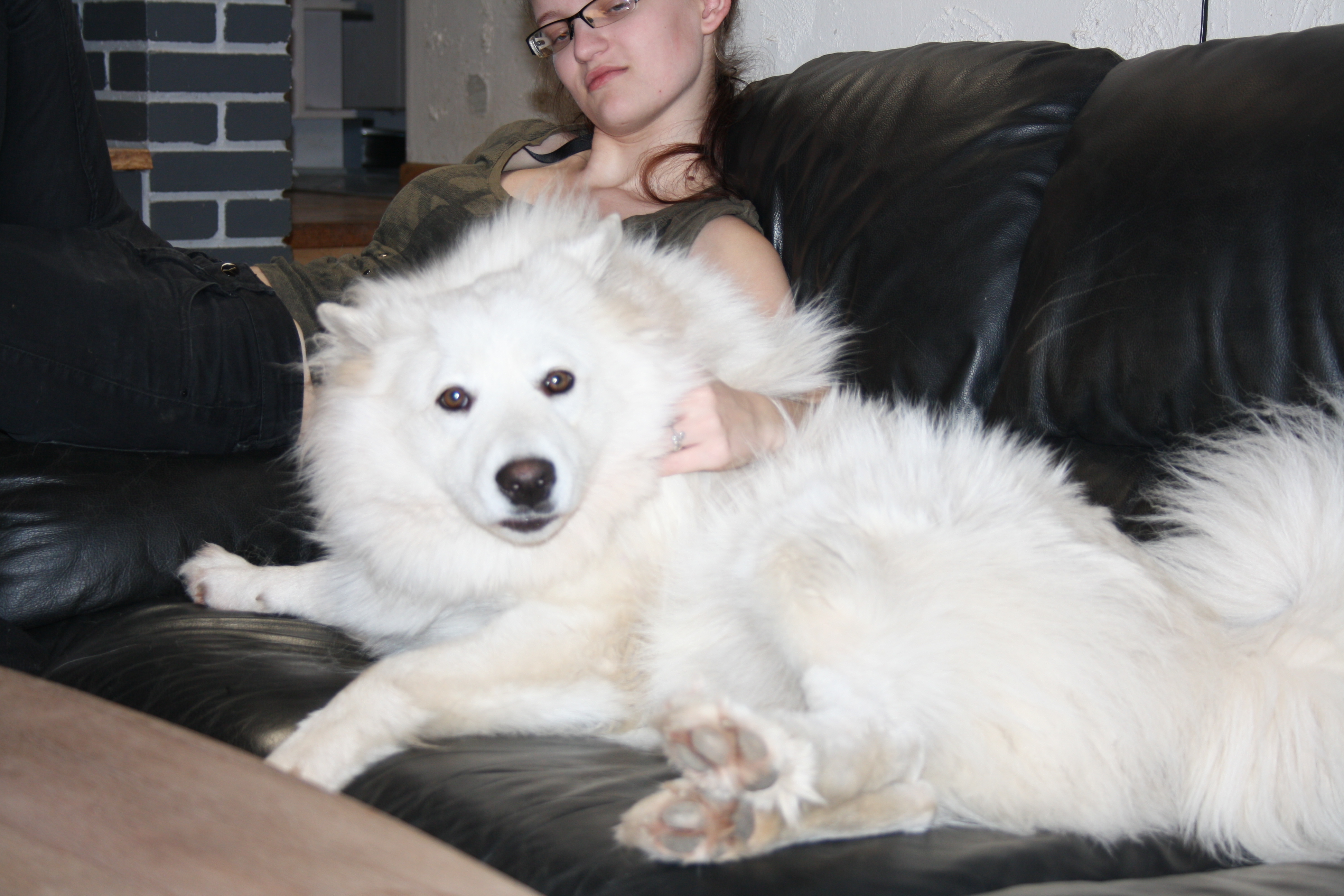 Shika pretends he doesn’t see the need for taking pictures of him… But he’s white, he’s fluffy, he’s cuddly and he knows that perfectly well!

Fortunately, he hasn’t discovered that it makes it impossible to be mad at him yet… His brother Aika, on the other hand, feels no shame at all, because he knows that he can just tilt his head and wag his tail and everyone think he is oooooh so adorable… (He is, but don’t tell him I said it!) 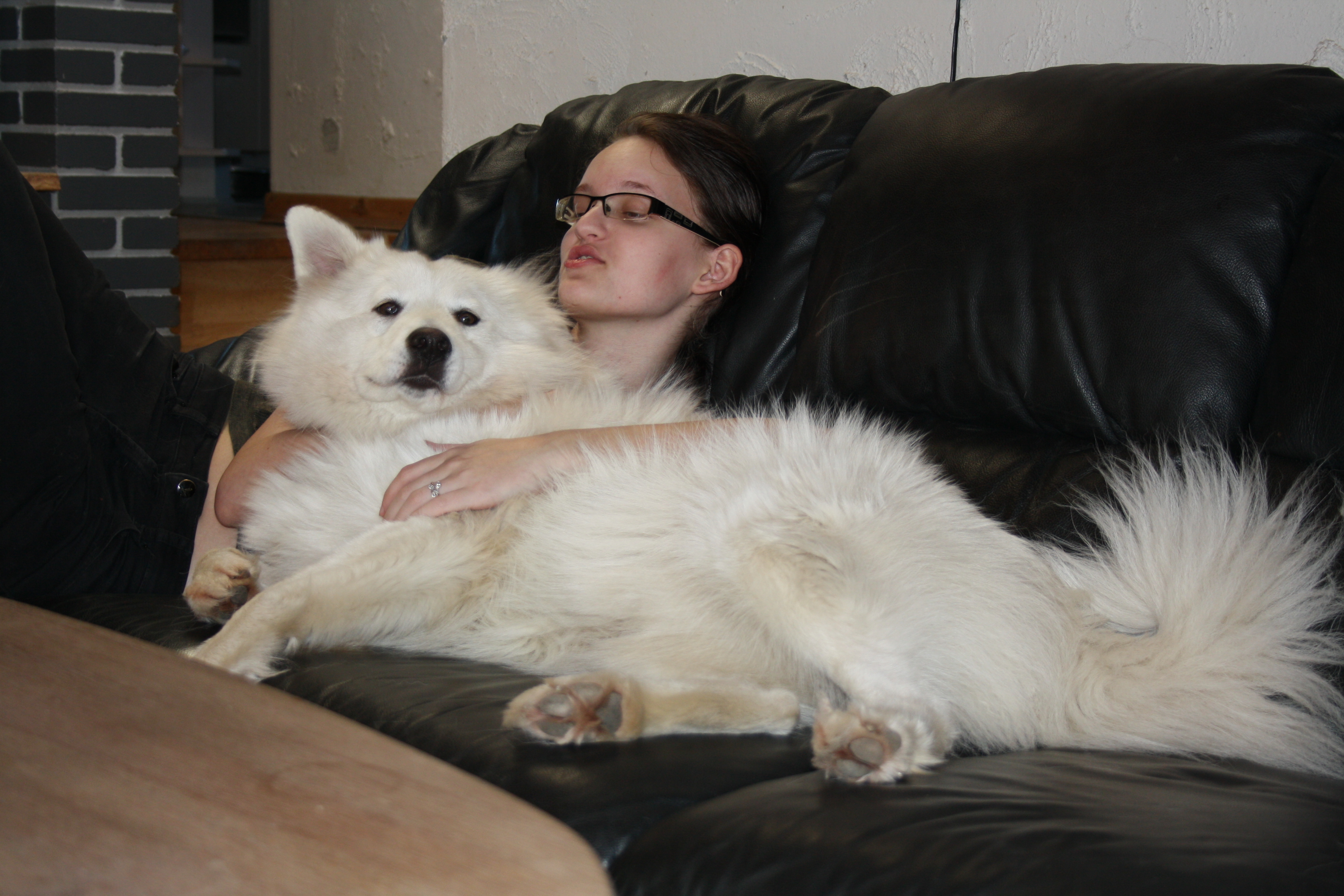 I slipped from the armrest, honest! It’s his own fault for being so damn hug-able anyway.

I take back what I said earlier… Hugs AND fluff will save the world. Who wants to fight if they can cuddle up with this guy instead? 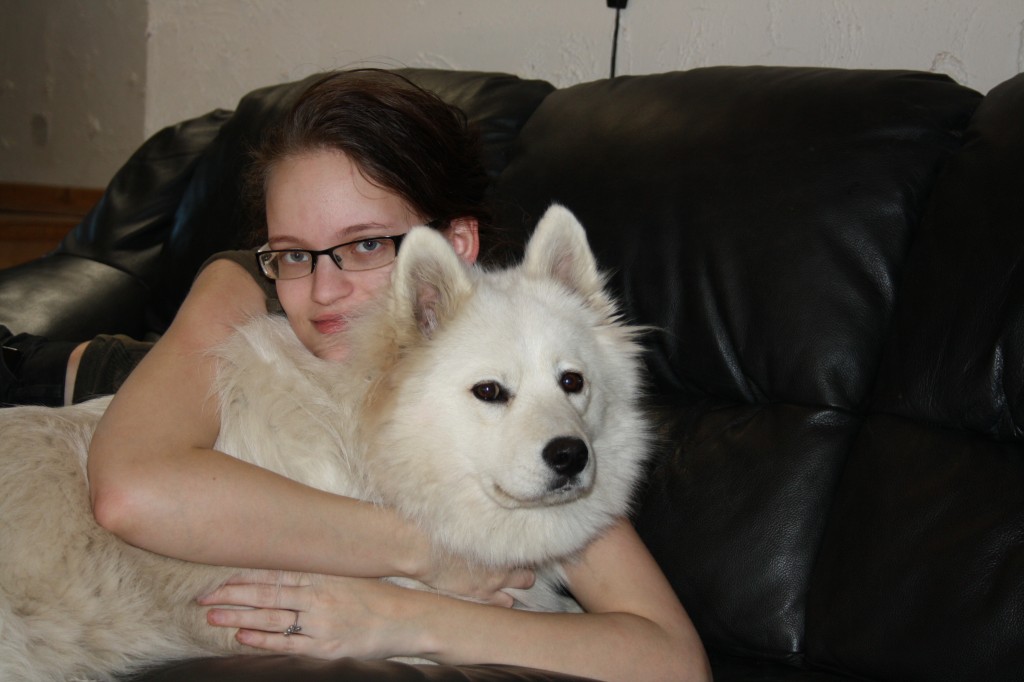 And of course, Aika shouldn’t be left out!

That look in his eyes can probably be translated to “What the woof is she doing? Don’t take pictures, you idiot, get her off me!”

He normally manage to get away when I get in a hugging mood… Got you this time, chubby!

So here you got the Samoyed Guide to Fridays!

Now my advice to everyone is: When it’s friday, go samoyed!