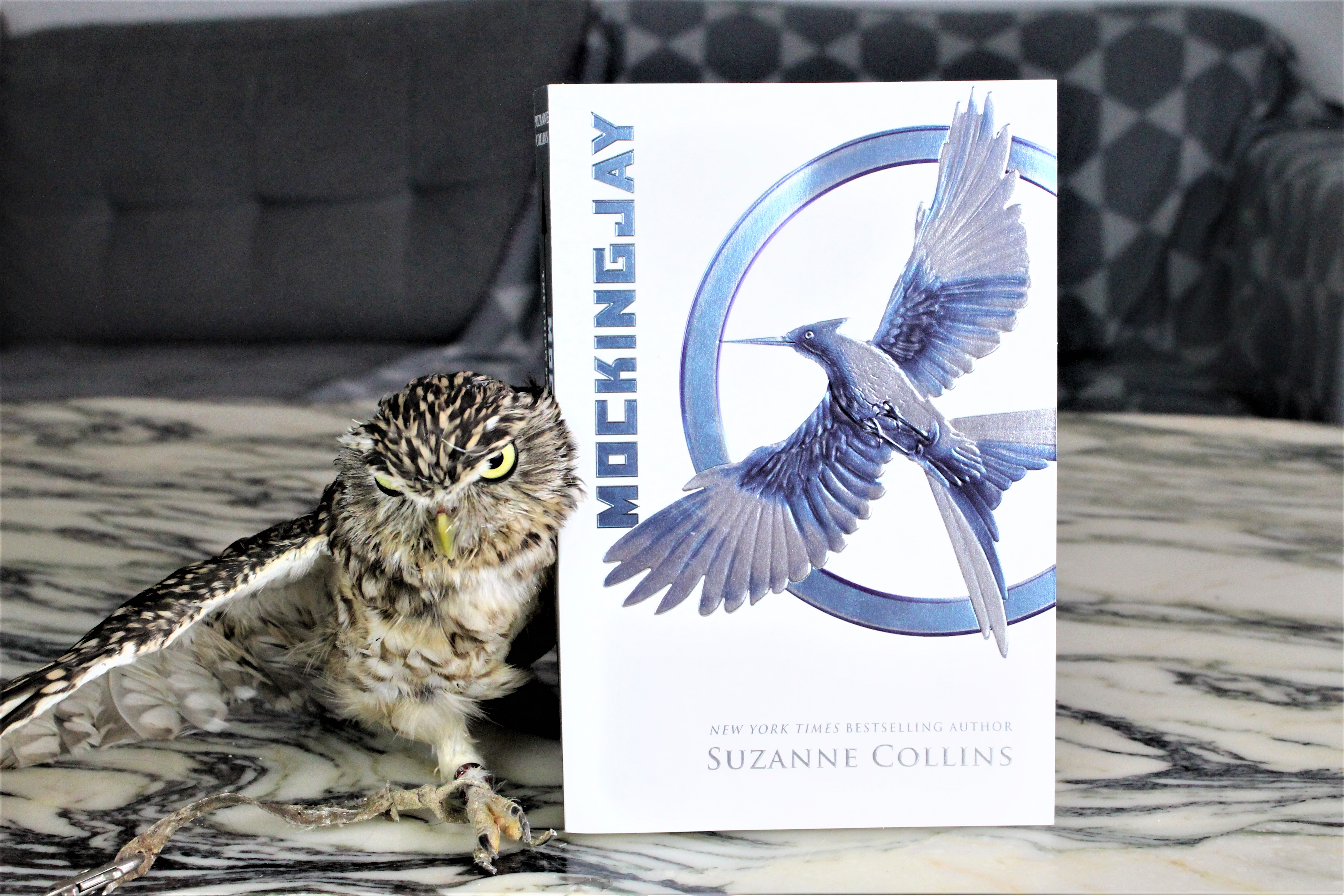 Today we’re closing off the Hunger Games saga with Mockingjay by Suzanne Collins.

I have a lot of mixed feeling about this book. It was either a brilliant commentary on the nature of tyrannical regimes and revolutions… or simply the most pointless ending to a trilogy ever.

Either way, I cried. A lot.

This book got shockingly personal for me, so I’m just going to give you a little backstory: My older brother died in a traffic accident when I was 10, him 14. At that time, my family had a cat named Chaos, who loved my brother and didn’t want anything to do with the rest of us. Chaos kept up this attitude for some time after my brother’s death, but eventually she would let me pet her as long as I was sitting in my brother’s old room.

So this is why I managed to keep it together pretty well through Prim’s death, and even through Katniss subsequent grief… and then absolutely lost it at the scene where Katniss bonds with Prim’s cat over their loss. My brother died 17 years ago, and I don’t usually get emotional about it anymore, but this apparently hit a nerve. Plus, Chaos lived a long life and I grew to love that cat as well, and it was a blow when she died 2 years ago.

Sorry this got so personal! But I really felt you needed to know the details to understand why I bawled my eyes out, not over a character’s tragic death, but over a scene with a grumpy cat.

But back to my mixed feelings on this ending: Katniss’s entire character arc, which ignites an entire revolution,  is kicked off by her desire to save her little sister’s life. So killing off Primrose in the final book makes it all seem like it was pointless.

Which is why the ending could either be seen as terrible or genius. Because while it left me as a reader feeling unsatisfied, it makes a lot of sense to make the whole revolution story seem like it doesn’t matter. Because, unfortunately, that’s the case with most revolutions. They always cause a lot of blood to be spilled and atrocities to be committed, but things rarely ever get better. Most of the time – like hinted is also the case in the book – the people just replace one tyrant with another.

So yeah… Lot of feelings about this book. But do enjoy Artemis accidentally trying to copy the pose from the cover!

“My name is Katniss Everdeen. Why am I not dead? I should be dead.”

Katniss Everdeen, girl on fire, has survived, even though her home has been destroyed. There are rebels. There are new leaders. A revolution is unfolding.

District 13 has come out of the shadows and is plotting to overthrow the Capitol. Though she’s long been a part of the revolution, Katniss hasn’t known it. Now it seems that everyone has had a hand in the carefully laid plans but her.

The success of the rebellion hinges on Katniss’s willingness to be a pawn, to accept responsibility for countless lives, and to change the course of the future of Panem. To do this, she must put aside her feelings of anger and distrust. She must become the rebels’ Mockingjay – no matter what the cost. 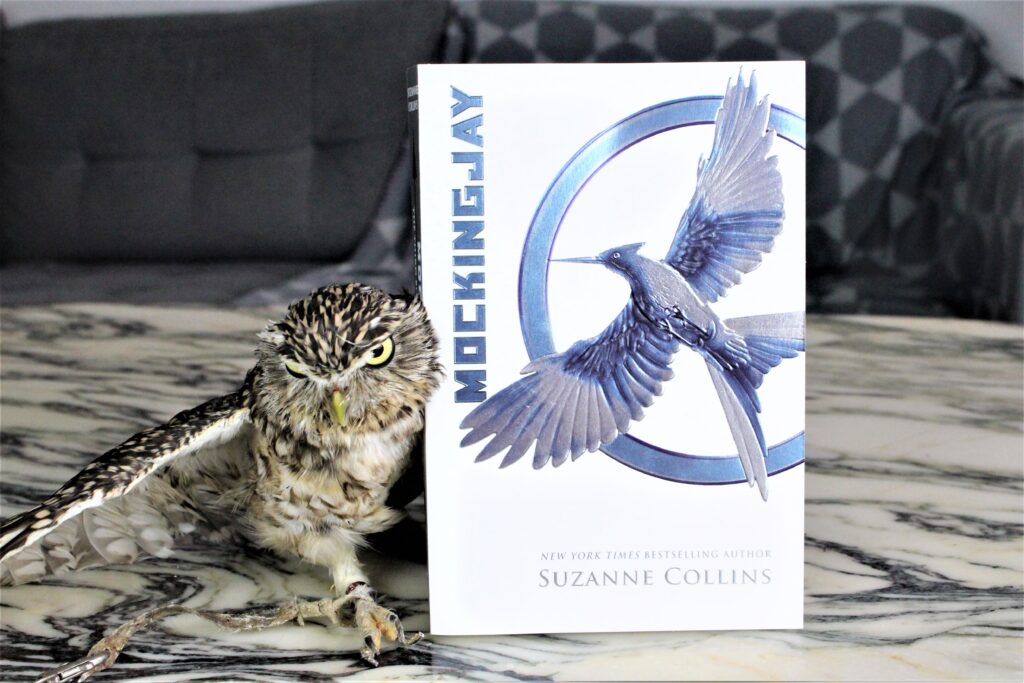 7 thoughts on “The Bookish Owl – Mockingjay by Suzanne Collins”