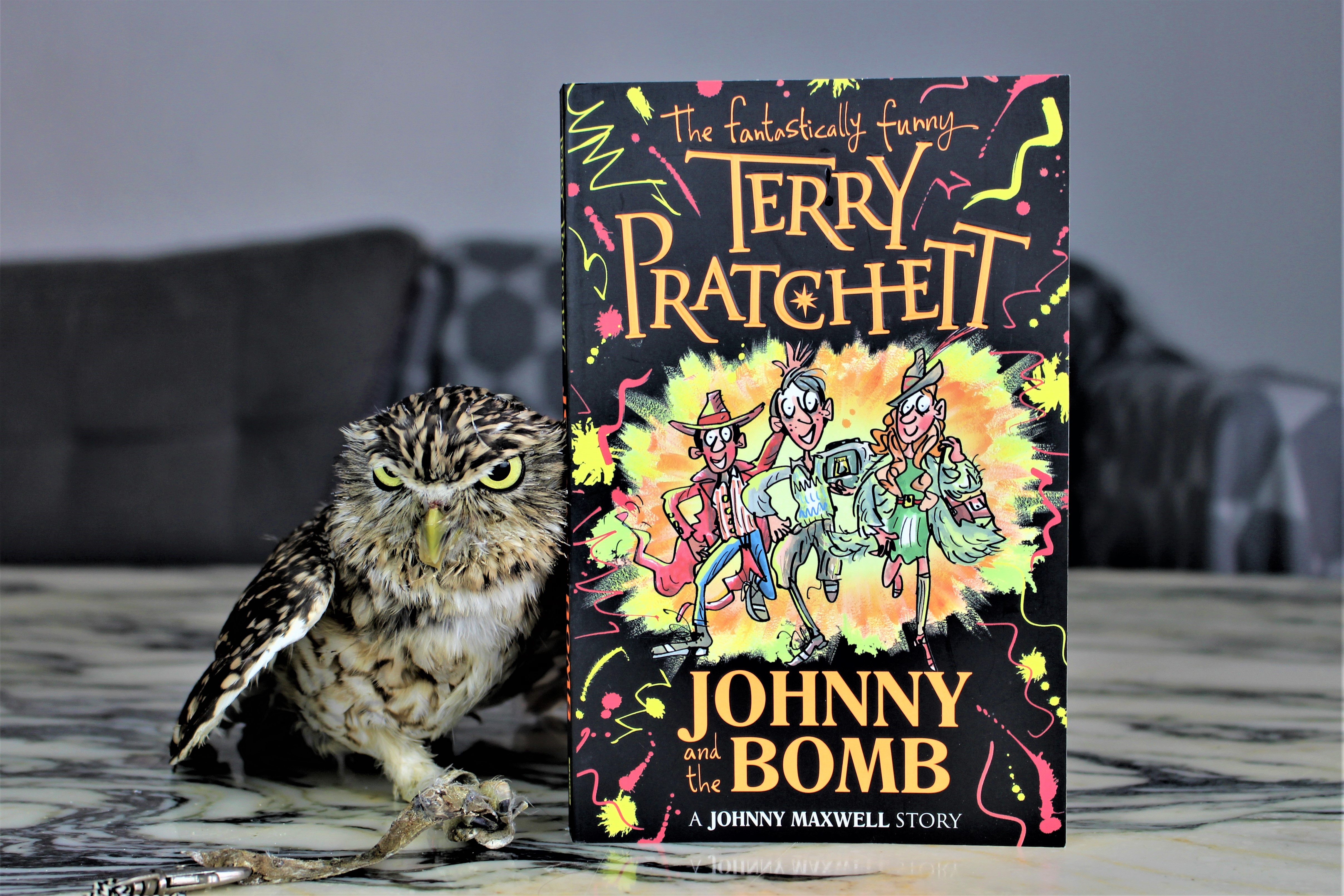 This was the very first Pratchett book I ever read. I think I was about 12 or 13 years old, and my English teacher got tired of trying to keep me entertained whenever I finished the books we were assigned in class while everyone else was still at chapter 4, so she went to the library and got the box with all the English books (I went to school in Denmark. The selection of English books were literally in a cardboard box), put it in front of me, and told me to go nuts.

I don’t know why it took me a decade to return to Pratchett, because I remember laughing out loud at this book back then. And I’ll tell you, I was a grumpy kid. Me laughing freaked the other kids right out.

And amazingly, I still loved it upon rereading it. It’s the third and last book in the Johnny Maxwell series, but it is by far the best one. I love crazy Mrs. Tachyon and her time-traveling shopping trolley, not to mention her insane cat Guilty.

Johnny and the Bomb
by Terry Pratchett

Twelve-year-old Johnny Maxwell has a knack for being in the wrong place at the wrong time. This has never been more true than when he finds himself in his hometown on May 21, 1941, over forty years before his birth!

An accidental time traveler, Johnny knows his history. He knows England is at war, and he knows that on this day German bombs will fall on the town. It happened. It’s history. And as Johnny and his friends quickly discover, tampering with history can have unpredictable–and drastic–effects on the future.

But letting history take its course means letting people die. What if Johnny warns someone and changes history? What will happen to the future? If Johnny uses his knowledge to save innocent lives by being in the right place at the right time, is he doing the right thing? 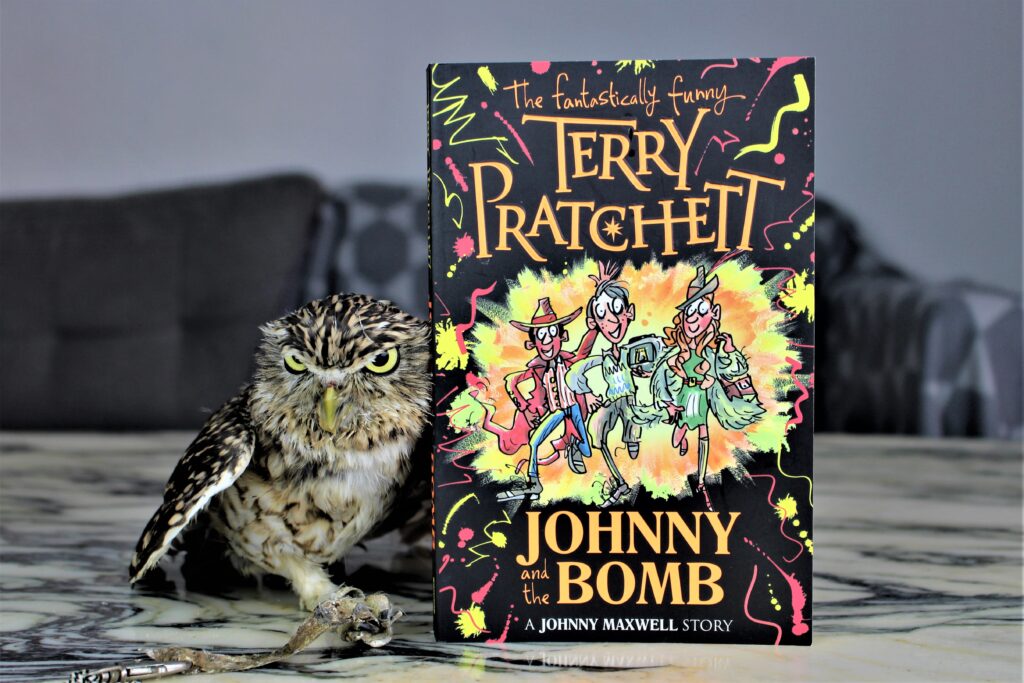 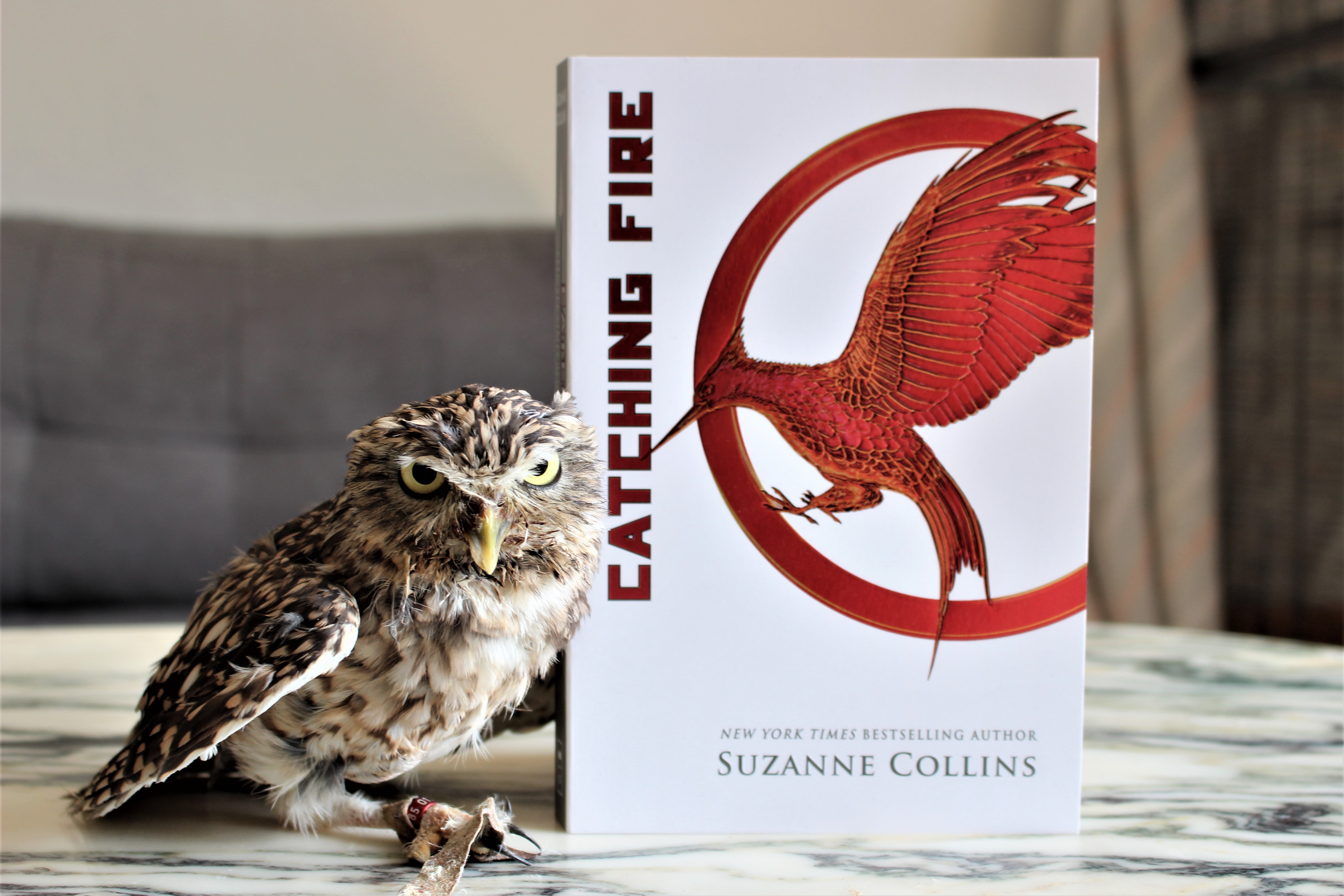 I’m still playing catch up with these, so here you have Catching Fire by Suzanne Collins.

This was a great follow-up to The Hunger Games. It was fast-paced and filled with conspiracies, which is right up my alley.

That’s all, really. I’ll keep my ranting commentary for when I get to my Mockingjay post… because what the f—.

SPARKS ARE IGNITING.
FLAMES ARE SPREADING.
AND THE CAPITAL WANTS REVENGE.

Against all odds, Katniss Everdeen has survived the Hunger Games. She and fellow District 12 tribute Peeta Mellark are miraculously still alive. Katniss should be relieved, happy even. Yet nothing is the way Katniss wishes it to be. Gale holds her at an icy distance. Peeta has turned his back on her completely. And there are whispers of a rebellion against the Capitol – a rebellion that Katniss and Peeta may have helped create.

Much to her shock, Katniss has fueled an unrest that she’s afraid she cannot stop. And what scares her even more is that she’s not entirely convinced she should try. As time draws near for Katniss and Peeta to visit the districts on the Capitol’s cruel Victory Tour, the stakes are higher than ever. If they can’t prove, without a shadow of a doubt, that they are lost in their love for each other, the consequences will be horrifying. Katniss is about to be tested as never before. 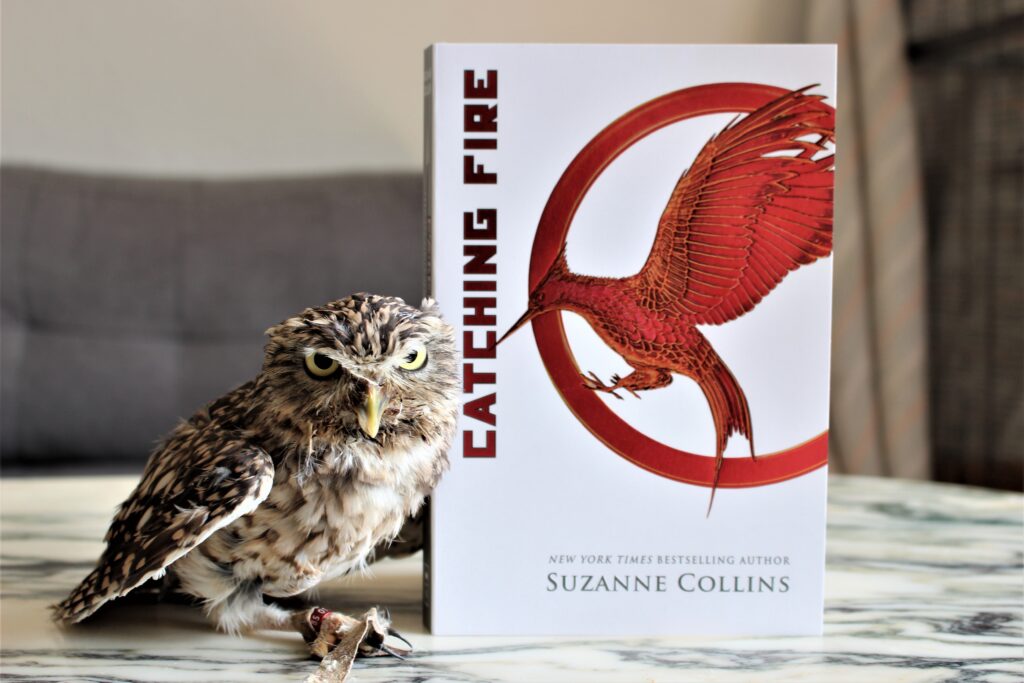 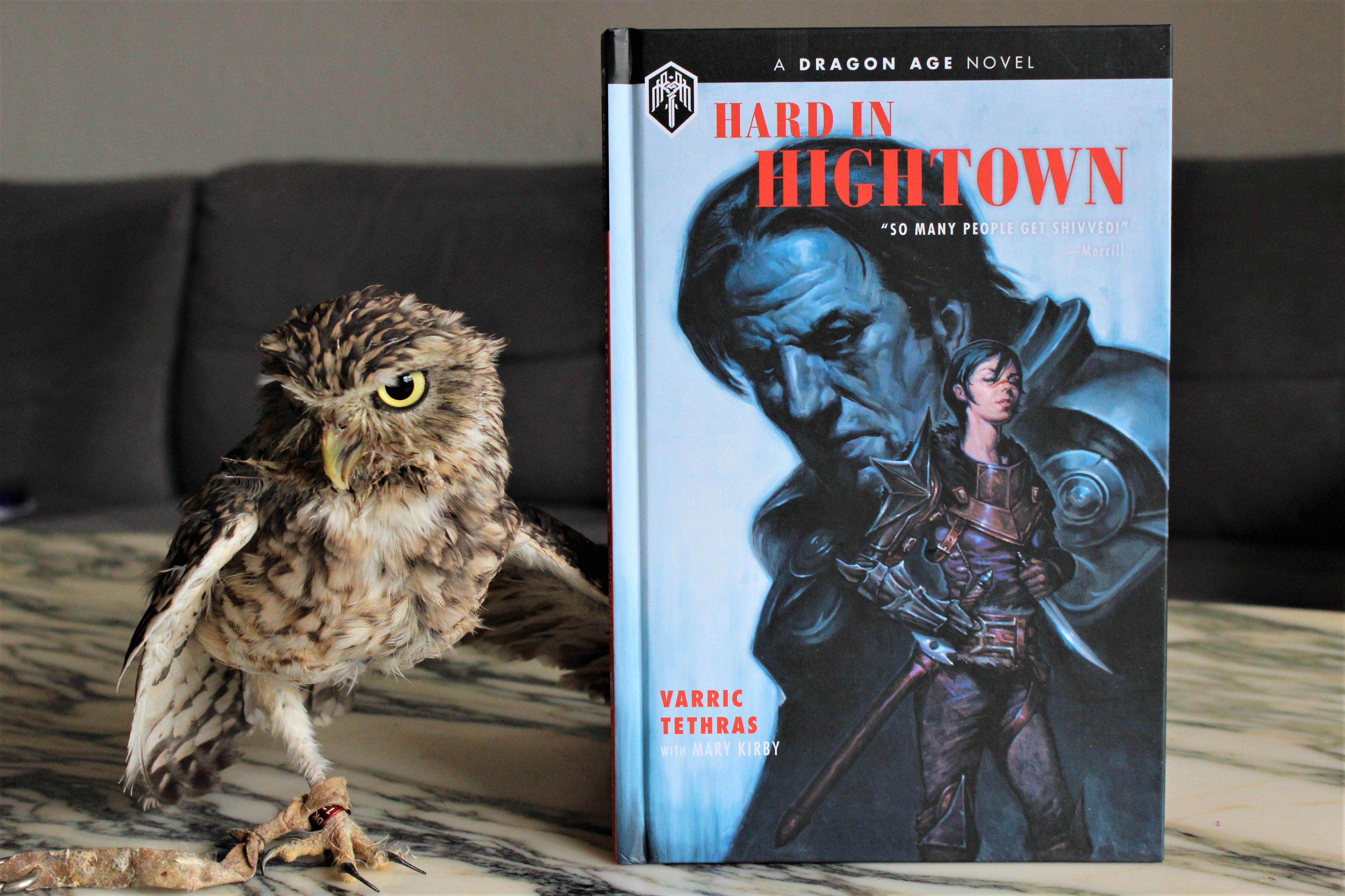 Time for some nerdy noir with Hard in Hightown by Varric Tethras!

(Also known as Mary Kirby… considering that Varric is a video game character.)

For those of you not familiar with the Dragon Age games, Varric Tethras is a crossbow-wielding dwarf as well as a successful writer of multiple genres.

Basically everything I aspire to be. Except maybe for the dwarf part… but if it’s a requirement for getting the crossbow, I’m willing to invest in a stepladder.

Hard in Hightown, a noir detective story and Varric’s most popular book, is mentioned in Dragon Age II, and you can find all the individual chapters around the world in Dragon Age: Inquisition. So it’s really just my nerdness that made me buy a physical copy. But this one has illustrations!

I do, however, think they could have made the story a bit longer when they decided to release it as its own book. But I enjoyed it, even though it’s short and rather predictable. Sometimes it’s nice to just read something like that.

Hard in Hightown
by Varric Tethras

Prolific dwarven author and heroic companion of the Dragon Age games, Varric Tethras brings us the collected edition of his breakthrough crime-noir drama, Hard in Hightown (with help from his trusted human confidante, Mary Kirby)! This volume is beautifully illustrated by Stefano Martino, Alvaro Sarraseca, Andres Ponce, and Ricardo German Ponce Torres, with a painted cover by E.M. Gist!

Twenty years of patrols have chiseled each and every stone of the Kirkwall streets into city guardsmen Donnen Brennokovic. Weary and weathered, Donnen is paired with a recruit so green he might as well have leaves growing out of his armor. When the mismatched pair discover a dead magistrate bleeding out on the flagstones, they’re caught up in a clash between a shadowy organization known only as the Executors and a secretive group of Chantry agents–all over some ancient artifact. 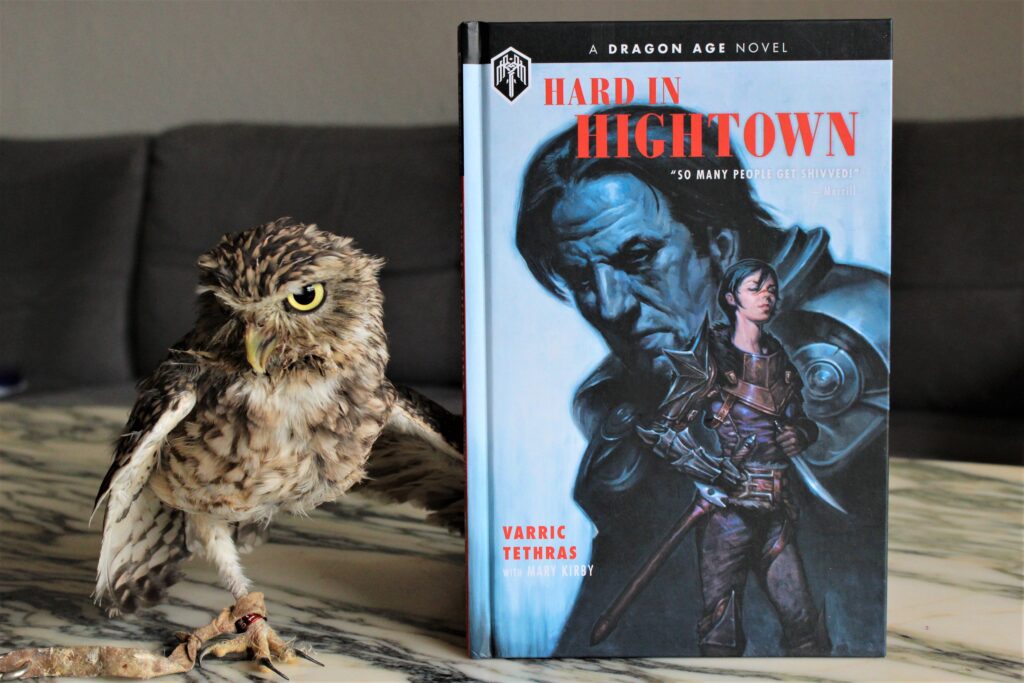 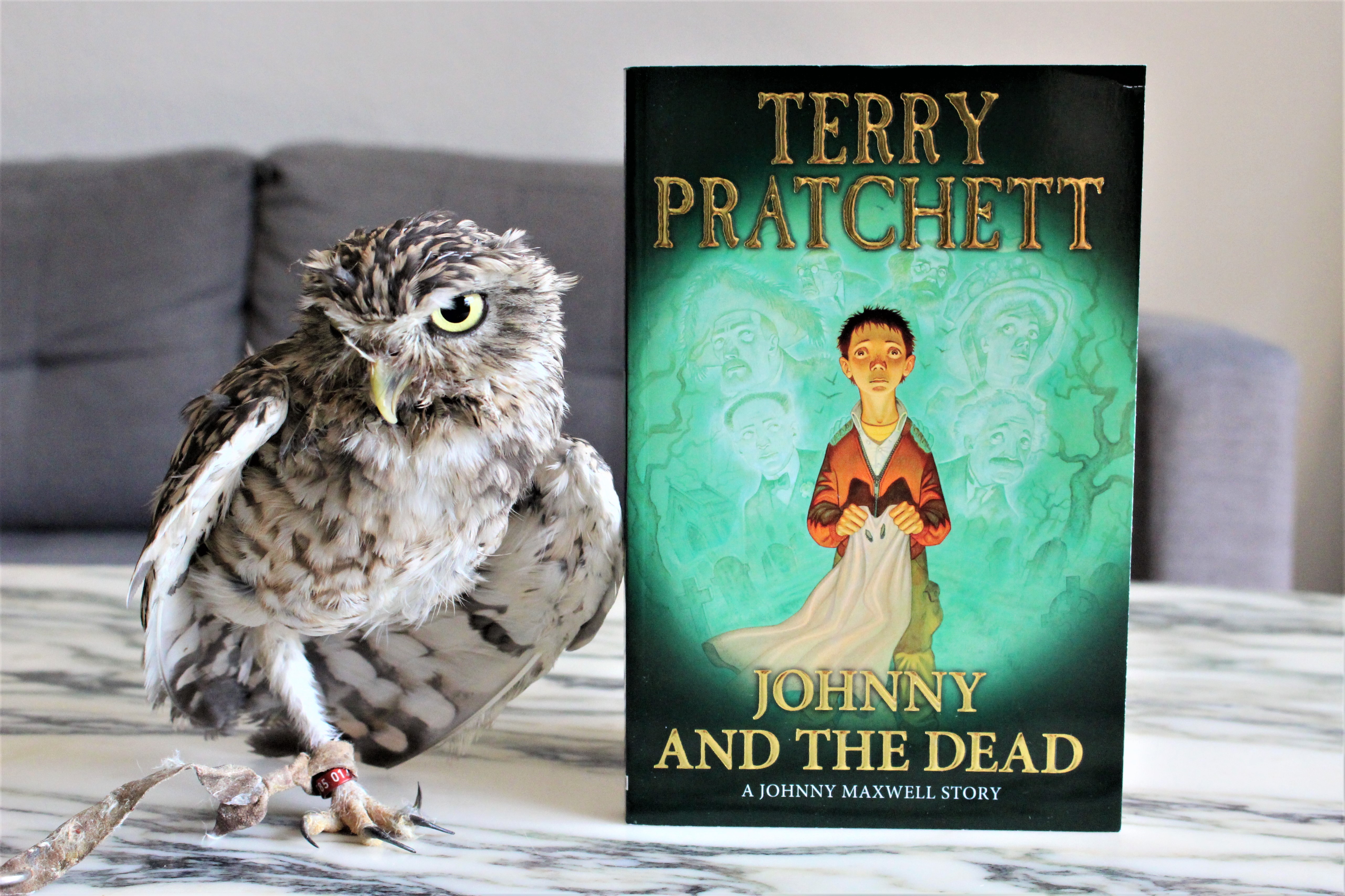 I’m still alive. And to prove it, I give you Johnny and the Dead by Terry Pratchett!

I swear that I’m really back this time. It’s been a couple of weeks since things calmed down around here, and now I’m finally done hiding under a blanket because I’m scared of checking my emails. My brain still sounds like the engine of an old car on a cold morning when I try to work on blog posts, but after a few false starts, I do get it rolling.

This also means that you are now allowed to hunt me down and kick me in the ass if I don’t reply to comments on here. There are no more excuses.

(Though I might try to come up with a few…)

About the book: Johnny and the Dead is the second book in the Johnny Maxwell series and I liked it more than Only You Can Save Mankind. However, I could not tell you the morale of the story, even if my life depended on it. I get the strong feeling that there is a morale in there somewhere, but in that case it flew right over my head. But hey, who needs a point to the story when it’s funny?

Johnny and the Dead
by Terry Pratchett

Not many people can see the dead (not many would want to). Twelve-year-old Johnny Maxwell can. And he’s got bad news for them: the council want to sell the cemetery as a building site. But the dead have learnt a thing or two from Johnny. They’re not going to take it lying down . . . especially since it’s Halloween tomorrow.

Besides, they’re beginning to find that life is a lot more fun than it was when they were . . . well . . . alive. Particularly if they break a few rules . . . 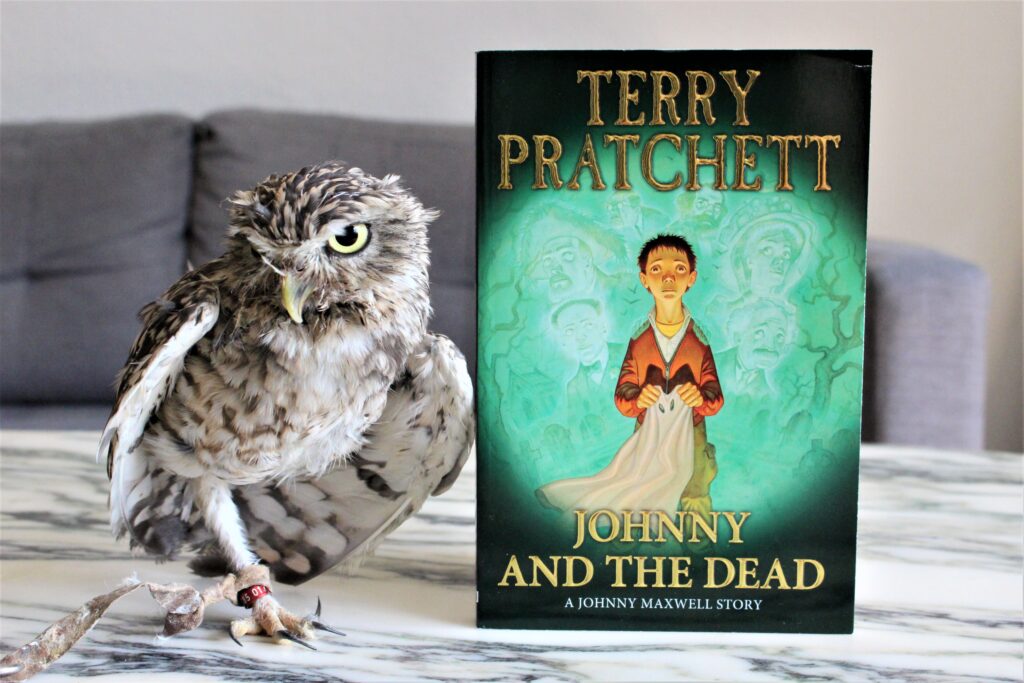 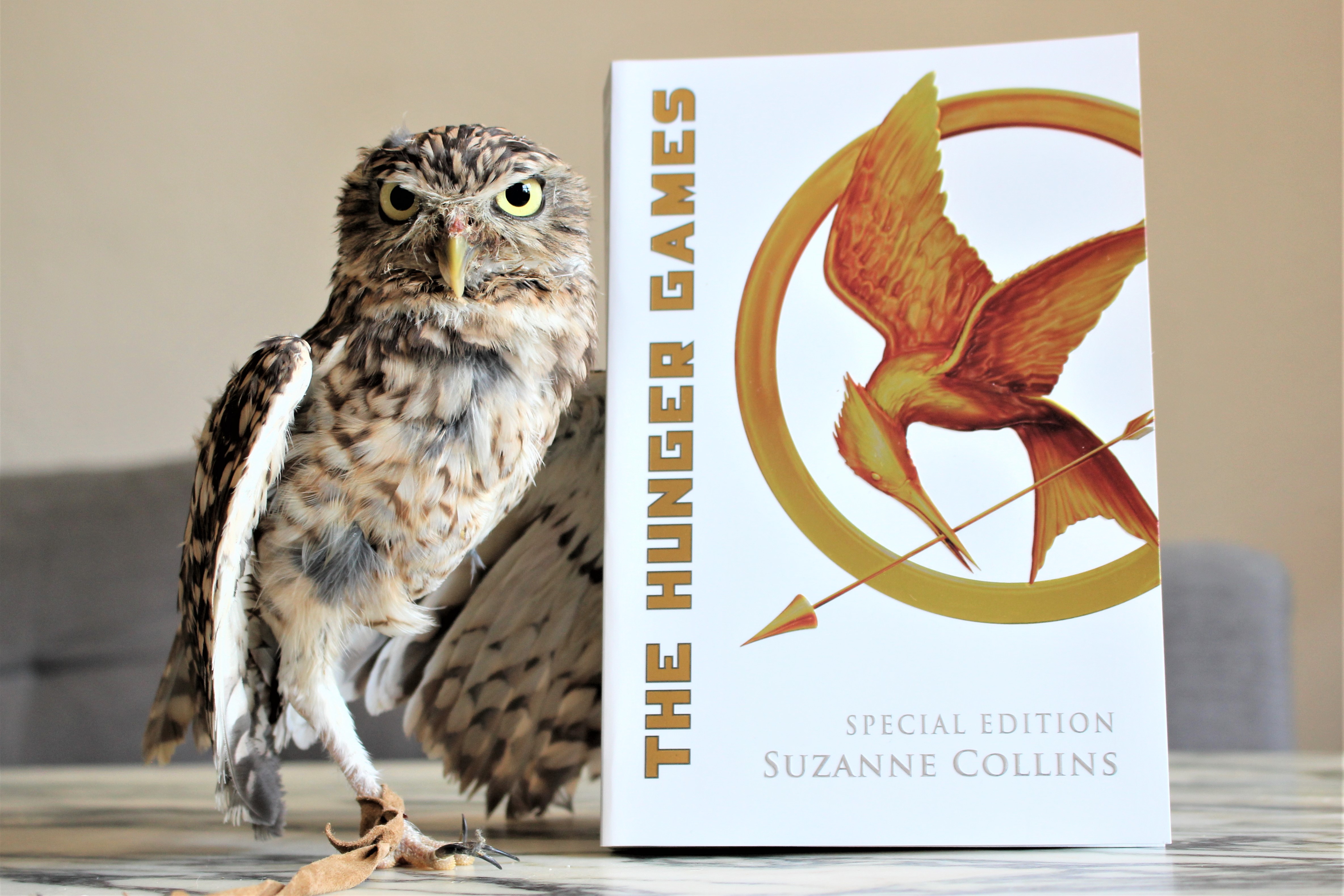 I know it’s been a while, but I’m back with new Bookish Owl posts, and today’s book is The Hunger Games by Suzanne Collins!

I’m so sorry for being absent lately and not keeping up with replying to comments or staying in touch with my blogger friends. It’s just been crazy lately (you might have noticed I recently published a new book), and it’s been all I could do just to remember to do basic things such as eating…

I hope you haven’t all given up on me!

But seeing as I’m 18 books behind, I better get on with the book stuff. As mentioned above, the featured book in this post is ‘The Hunger Games’. I first read this many years ago and while I remember liking it well enough, it didn’t really drive me to rush out to get the next book in the series, and in the end I never got around to it at all. However, after rereading it, I absolutely loved it!

I think the reason I didn’t really love it the first time around was because I found it a bit far-fetched. But now, after America got a reality star who have dick competitions with dictators as President, somehow I can TOTALLY imagine a government turning kids into celebrities before throwing them into an arena to kill each other.

It’s a slightly depressing reason for changing your mind about a book, isn’t it…?

The Hunger Games
by Suzanne Collins

In the ruins of a place once known as North America lies the nation of Panem, a shining Capitol surrounded by twelve outlying districts. The Capitol is harsh and cruel and keeps the districts in line by forcing them all to send one boy and once girl between the ages of twelve and eighteen to participate in the annual Hunger Games, a fight to the death on live TV.

Sixteen-year-old Katniss Everdeen regards it as a death sentence when she steps forward to take her sister’s place in the Games. But Katniss has been close to dead before—and survival, for her, is second nature. Without really meaning to, she becomes a contender. But if she is to win, she will have to start making choices that weight survival against humanity and life against love. 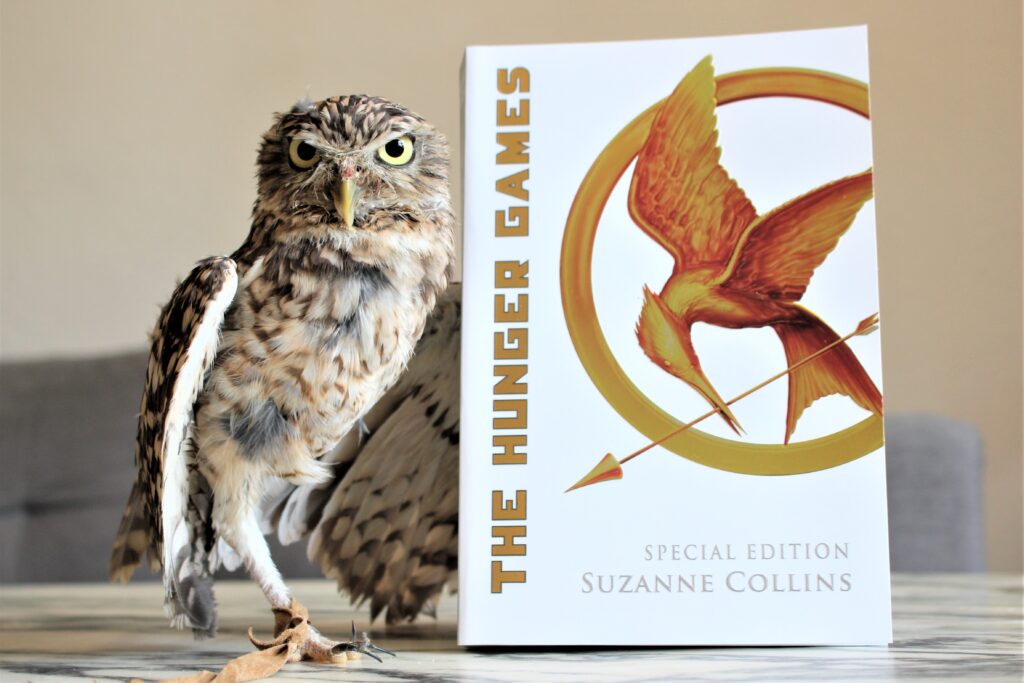