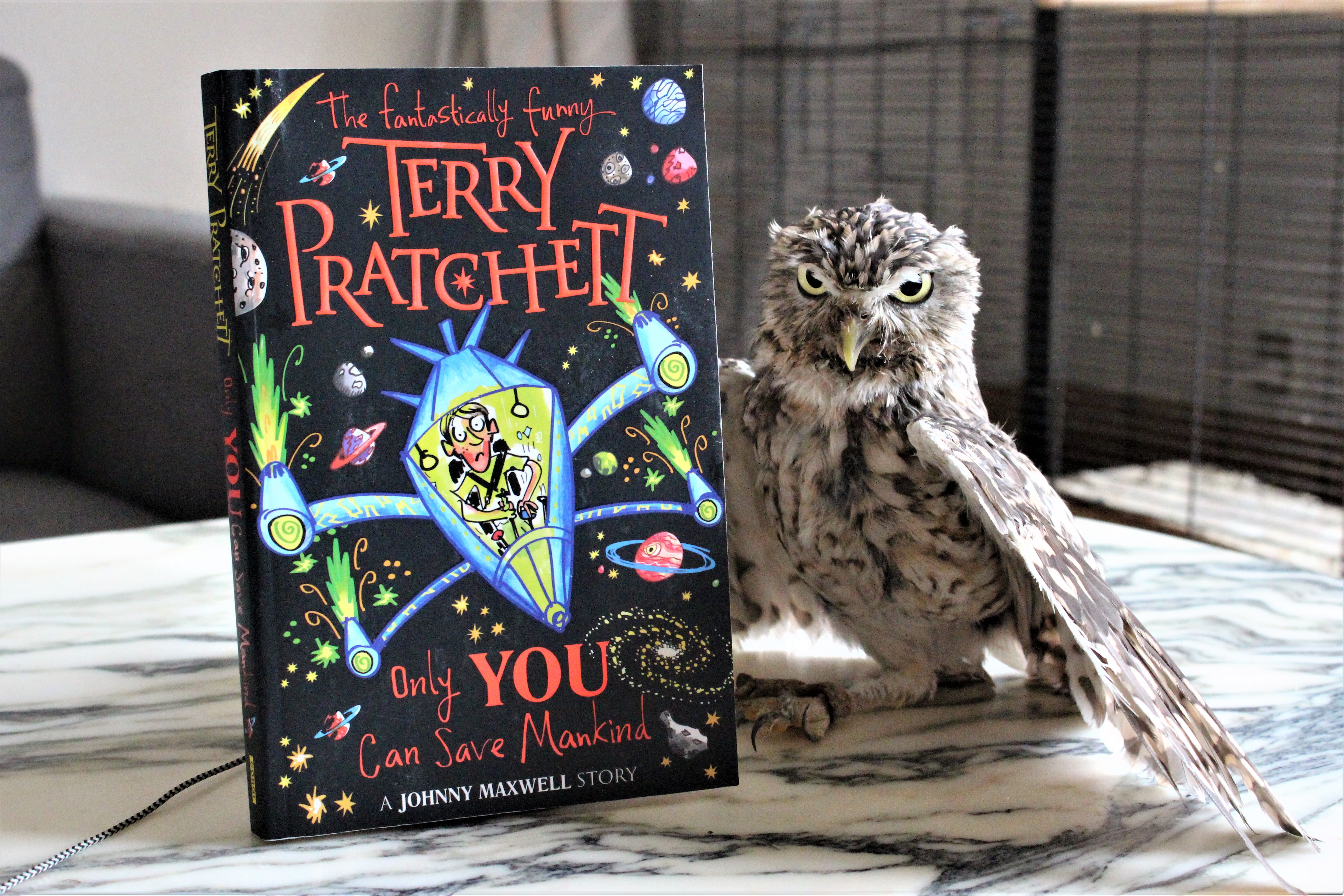 Time to shoot some aliens, with Only You Can Save Mankind by Terry Pratchett.

This is the first book in the Johnny Maxwell trilogy.

It might not have aged as well as Pratchett’s other books, but the overall message about how we’re numb to the horrors of war fits as well today as it must have done in the 90s. In the book it’s the Gulf War they’re referring to, but it might as well have been any of the wars over the last thirty years.

But despite the timeless morale, I think kids today would have a really hard time relating to this book, considering they have never known a time where space invader games were ‘cutting edge’…

Only You Can Save Mankind
by Terry Pratchett

The alien spaceship is in his sights. His finger is on the Fire button. Johnny Maxwell is about to set the new high score on the computer game Only You Can Save Mankind.

Suddenly, a message appears:
We wish to talk. We surrender.