Yes, you’re finally getting a post that’s not about owls or cosplay, and yet it’s STILL terribly geeky. Bear with me.

I’m going to Poland this week to enroll in Witcher School. This is a huge LARP event where people from all over the world spends 3 days at a castle, acting out a story based on the Witcher books by Andrzej Sapkowski and the popular Witcher video games. We’re talking more than a hundred players as well as a huge crew of organizers who’ll play instructors, monsters and other cool characters over the course of the event, where we’ll be completely secluded from the modern world. The players will get lessons in fencing, archery, survival and alchemy, and whatever else they might need to become experienced monster hunters. 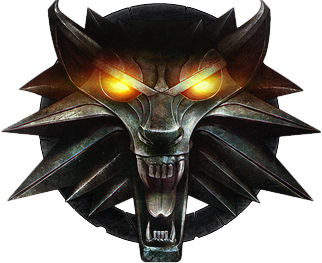 I did a bit of LARPing (“Live-action Roleplaying” to those unfamiliar with the lingo) as a teenager, but this will be my first time as an adult and of course I’m jumping in at the deep end.

When signing up for the event, we all got a form to fill out. A lot of the info was so that the organizers could make a custom character for each of us. We had to fill out prior skills, wishes and ideas for our characters’ backstories, etc..

As I have next to no physical skills, and since there wasn’t a box for that, I just checked “from a noble family” under the character background section, knowing that, as a petite woman with noodle arms who gets winded going up more than one flight of stairs, I would have trouble believably playing someone from a rough background. I figured a backstory as a pampered noblewoman would give me some excuses when struggling to swing a sword, so I didn’t specify anything else for my character.

I got my character sheet last week and the organizers did respect my only wish. My character, Eydis of Clan Tordarroch, is indeed nobility.

To everyone not familiar with the Witcher universe: They basically made me a viking.

I barely weigh more than a hundred pounds soaking wet, and my friends accidentally injure me on a regular basis just by hugging me. I’m also not a fan of the cold. Despite my Scandinavian blood, I’m the least viking-y person you’ll ever meet.

Also, I’m horrible at accents, and all the Skellige characters in Witcher 3 have Irish accents.

Don’t get me wrong. While reading my character sheet, I immediately fell in love with Eydis as a character. I’m just in for a hell of a challenge bringing her to life.

At least they made her bitchy and brutally honest. Now THAT I can do.

4 thoughts on “Witcher School, LARP Characters, and Why I Am Screwed”