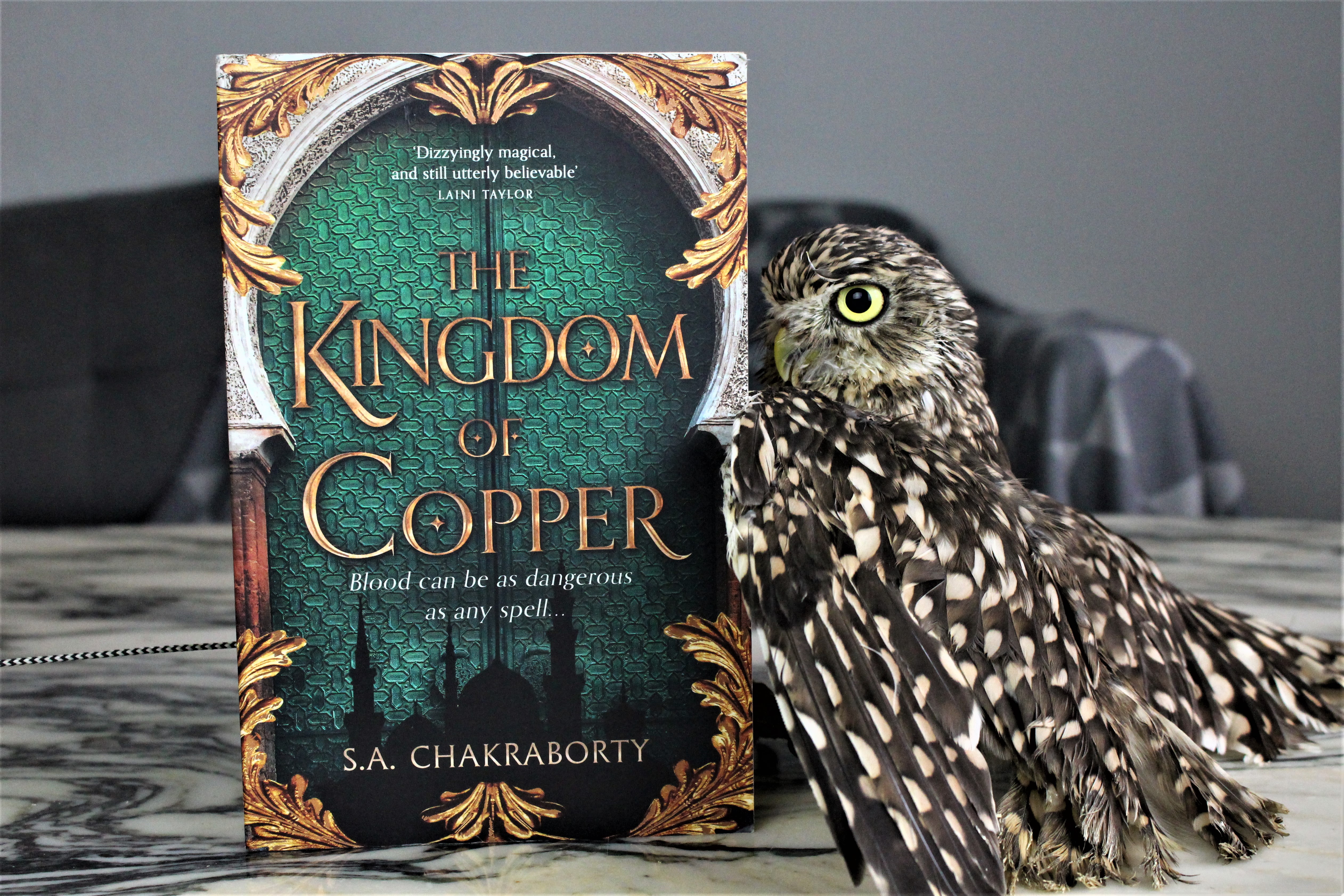 This Saturday, we’re showing off The Kingdom of Copper by S.A. Chakraborty!

I know I’m coming back with a vengeance after my earlier absence, but if I don’t do these daily for a while, I won’t be caught up before the end of the year. Hopefully you’re not sick of photos of my grumpy, one-legged owl yet. If you are, well… too bad.

The Kingdom of Copper is the sequel to The City of Brass, and the second book in the Daevabad Trilogy. And really, it has it all: politics, plotting, ancient djinn soldiers, scary-as-hell water demons, and a batshit healer or two.

Basically, I liked it a lot.

The Kingdom of Copper
by S. A. Chakraborty

Nahri’s life changed forever the moment she accidentally summoned Dara, a formidable, mysterious djinn, during one of her schemes. Whisked from her home in Cairo, she was thrust into the dazzling royal court of Daevabad and quickly discovered she would need all her grifter instincts to survive there.

Now, with Daevabad entrenched in the dark aftermath of the battle that saw Dara slain at Prince Ali’s hand, Nahri must forge a new path for herself, without the protection of the guardian who stole her heart or the counsel of the prince she considered a friend. But even as she embraces her heritage and the power it holds, she knows she’s been trapped in a gilded cage, watched by a king who rules from the throne that once belonged to her familyand one misstep will doom her tribe.

Meanwhile, Ali has been exiled for daring to defy his father. Hunted by assassins, adrift on the unforgiving copper sands of his ancestral land, he is forced to rely on the frightening abilities the marid, the unpredictable water spirits, have gifted him. But in doing so, he threatens to unearth a terrible secret his family has long kept buried.

And as a new century approaches and the djinn gather within Daevabad’s towering brass walls for celebrations, a threat brews unseen in the desolate north. It’s a force that would bring a storm of fire straight to the city’s gates . . . and one that seeks the aid of a warrior trapped between worlds, torn between a violent duty he can never escape and a peace he fears he will never deserve. 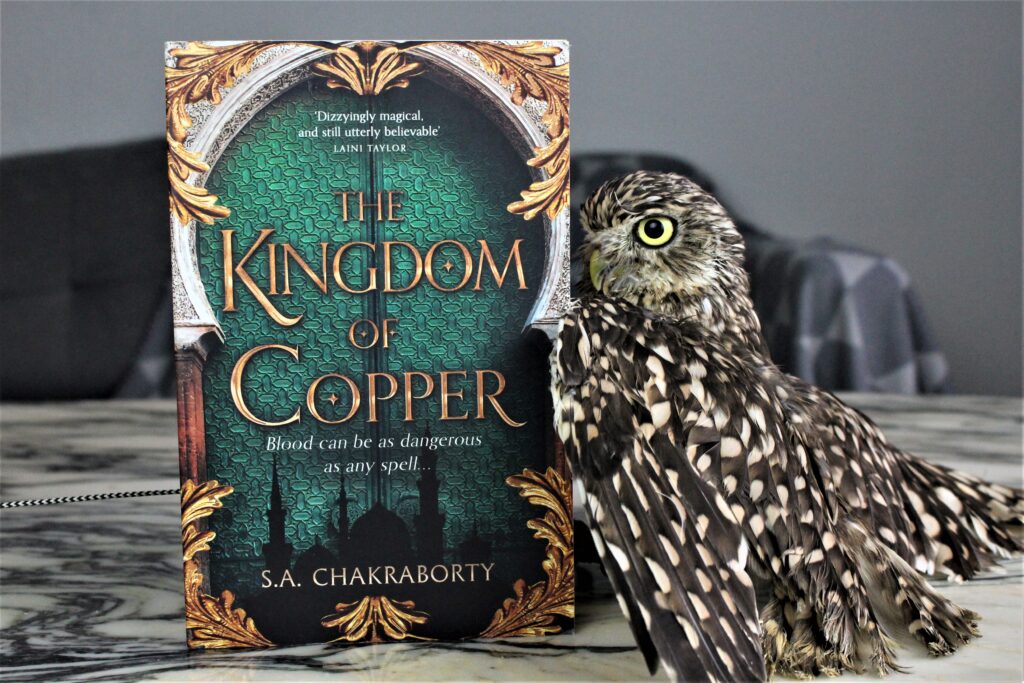