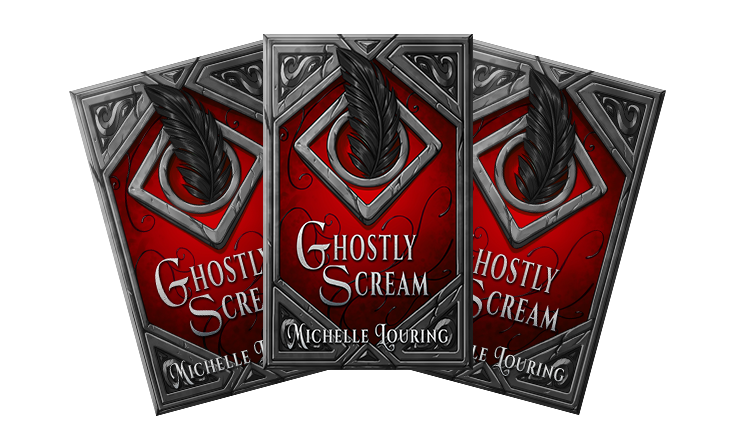 It took me way too long, but I’m happy to finally announce a release date for Ghostly Scream.

You’re not getting a lot of warning: Ghostly Scream will be out as ebook on October 17!

If you want the paperback, it’s already available here.

Since I’ve been so slow with everything, I’m going ahead and doing the cover reveal at the same time. The first reaction I got on this went something along the lines of “I love it, but mostly because it screams ‘vampire’!”, so I feel obligated to say that this book features no vampires whatsoever. I’m very sorry if I got your hopes up.

Without further delay, here you have the deceptively vampire-y cover of Ghostly Scream: