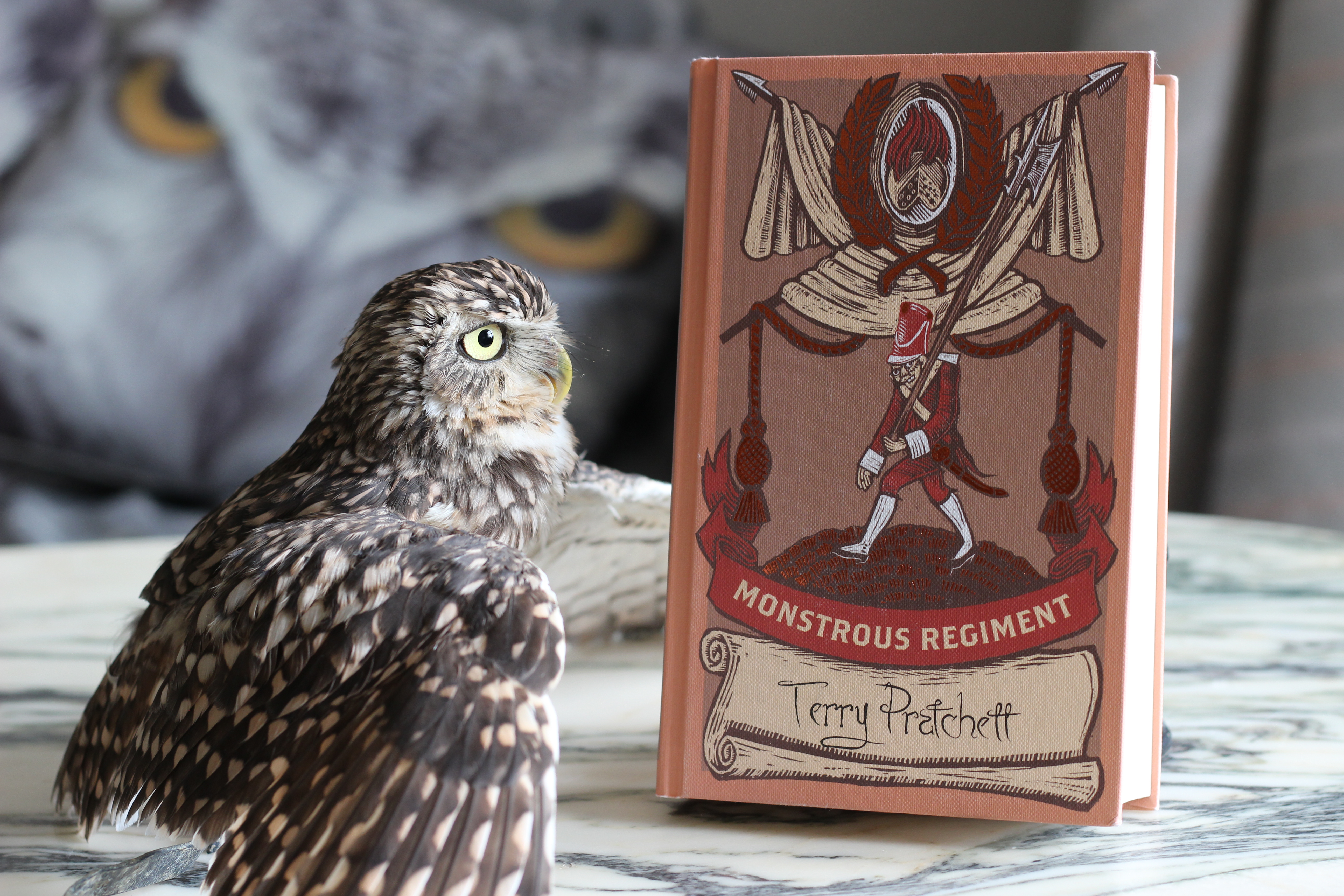 I have been neglecting my reading (and owl photos) this month, but I’m finally back and reading Monstrous Regiment by Terry Pratchett.

I don’t have to rave about my love for Discworld, right? You’re all caught up on that.

(If you’re not, just go to the search bar at bottom of this site and do a search for ‘Terry Pratchett’. That should bring up about a dozen posts worth of raving…)

‘Monstrous Regiment’ is part of the Industrial Revolution subseries, like ‘The Truth’, meaning it will probably be as batshit insane as every other Discworld book. It’s just going to be more modern about it.

It began as a sudden strange fancy…

Polly Perks had to become a boy in a hurry. Cutting off her hair and wearing trousers was easy. Learning to fart and belch in public and walk like an ape took more time…

And now she’s enlisted in the army, and searching for her lost brother.

But there’s a war on. There’s always a war on. And Polly and her fellow recruits are suddenly in the thick of it, without any training, and the enemy is hunting them.

All they have on their side is the most artful sergeant in the army and a vampire with a lust for coffee. Well… They have the Secret. And as they take the war to the heart of the enemy, they have to use all the resources of… the Monstrous Regiment. 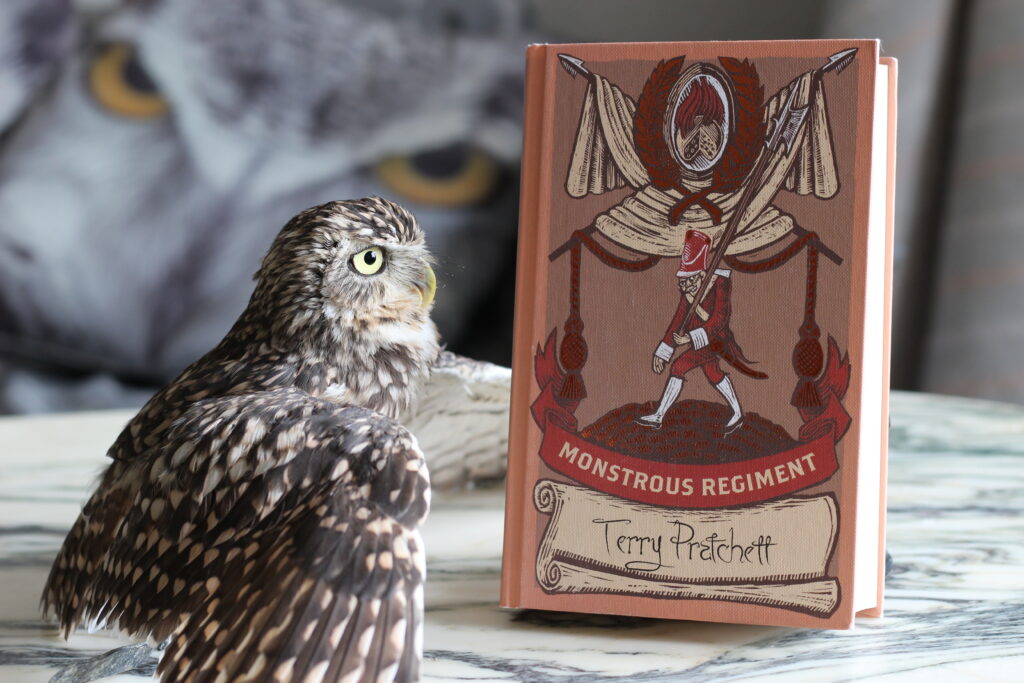