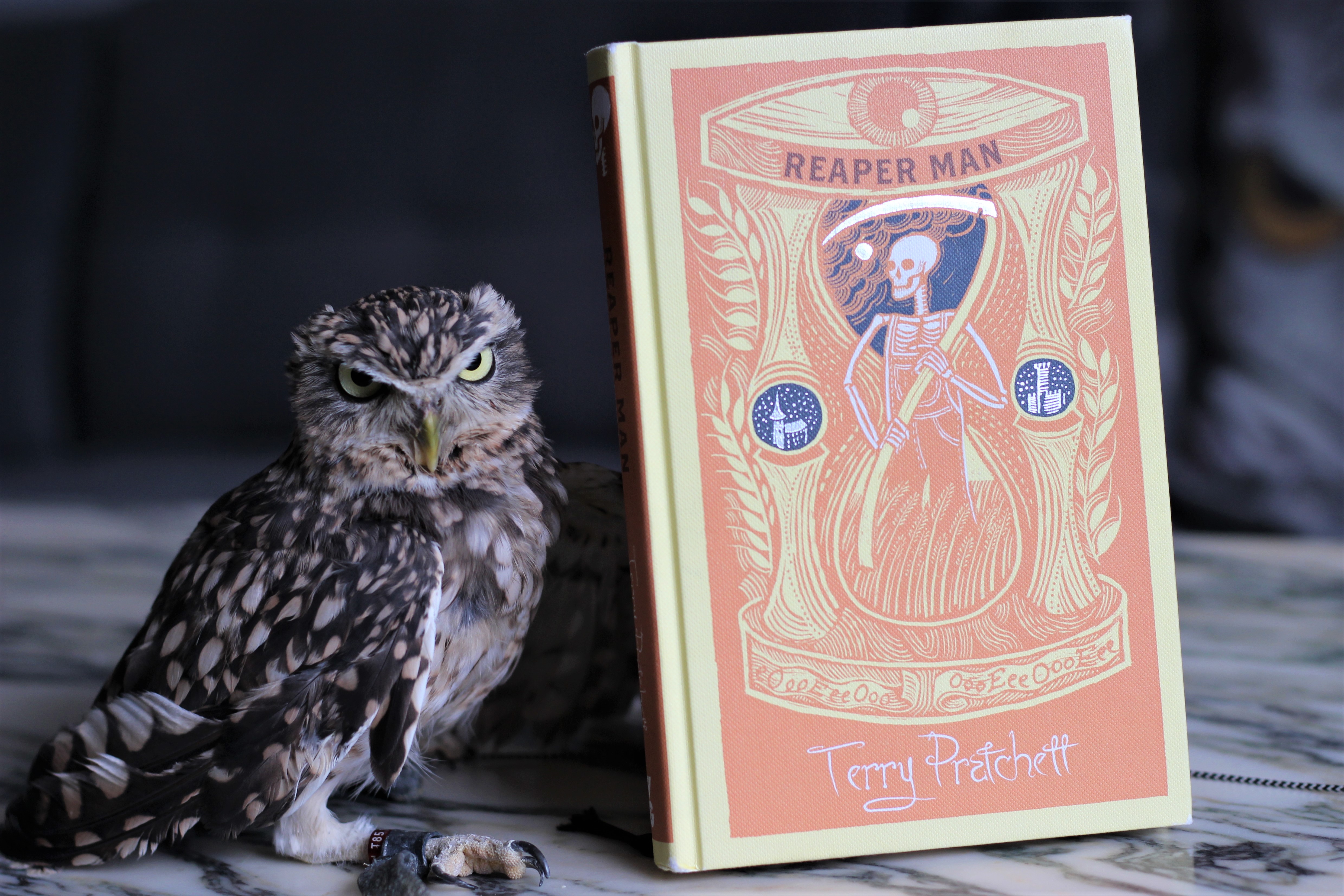 This is not going to make sense to non-Discworld fans, but I’m reading Reaper Man by Terry Pratchett now because I need to get ready for Christmas.

Obviously I need to do my reread of ‘Hogfather’ in December and the last couple of Discworld books I have yet to read will be released in the the collector’s edition next week, so if I want  to reread some Death books beforehand, it needs to be now.

Since I can already feel myself freaking out about it soon being December as I’m writing this, let’s talk about the book: In Reaper Man, Death is once again MIA because he doesn’t really want to do his job and be Death. For a walking skeleton, this guy has surprisingly frequent mid-life crises.

So basically, this book is about people not dying even though they are supposed to, and if there’s one thing that’s more insane than wizards, it’s zombie wizards. Cue Windle Poons.

I will stop blabbering now, since I know you’re all just here for the owl.

‘Death has to happen. That’s what bein’ alive is all about. You’re alive, and then you’re dead. It can’t just stop happening.’

But it can. And it has. So what happens after death is now less of a philosophical question than a question of actual reality. On the Disc, as here, they need Death. If Death doesn’t come for you, then what are you supposed to do in the meantime? You can’t have the undead wandering about like lost souls. There’s no telling what might happen, particularly when they discover that life really is only for the living… 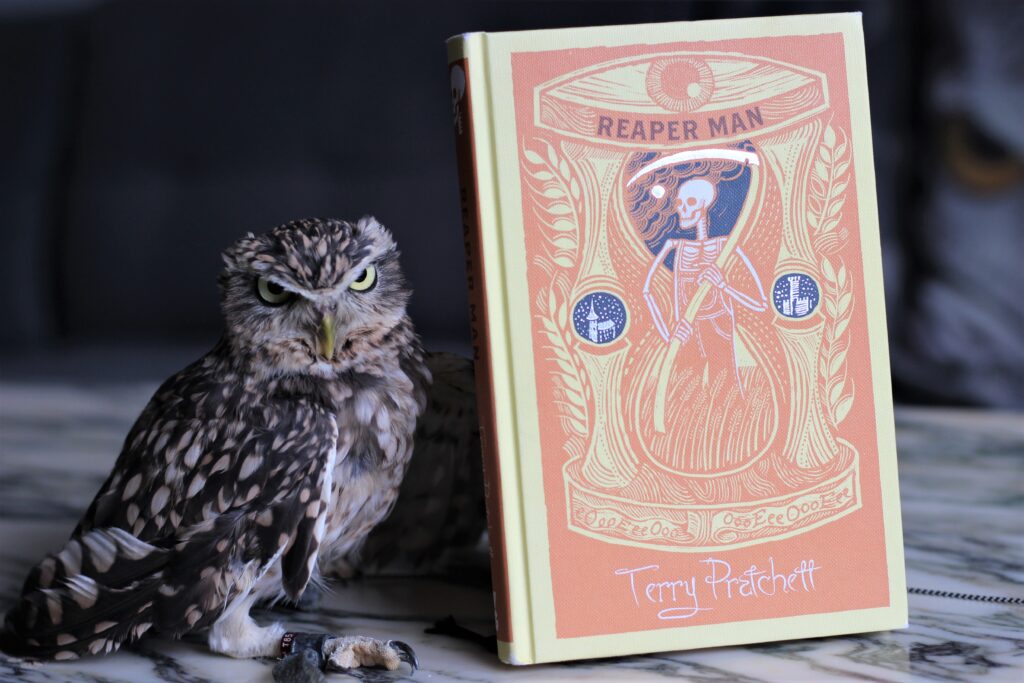