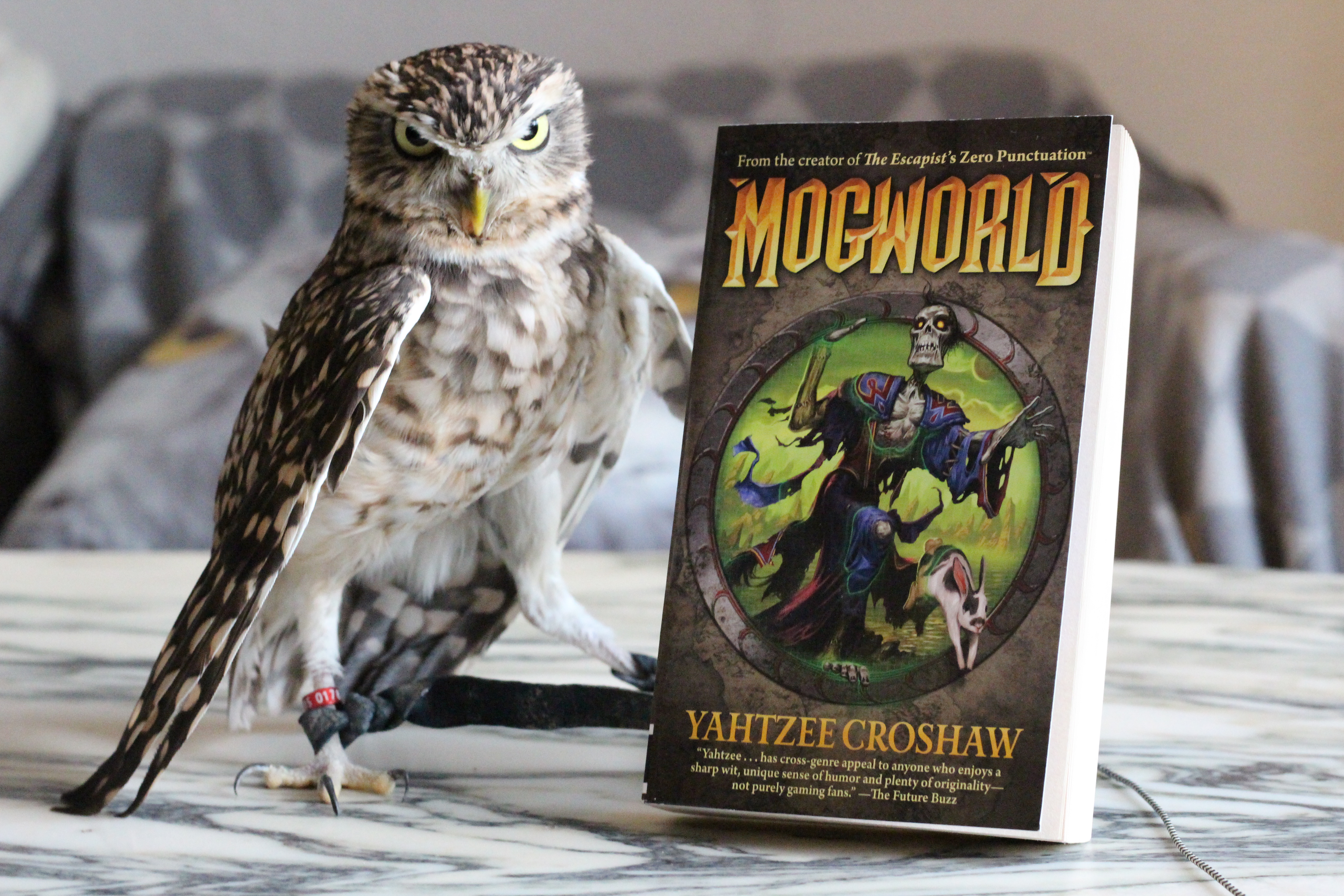 I’m burning through books much faster than usual, so I’m kind of running low on fantasy books that aren’t the size of bricks (and aren’t written by Terry Pratchett).

Luckily, I have books worthy of a second reading! I’m currently rereading Mogworld by Yahtzee Croshaw.

(I looked up the author to see if that was his real name, and I love how, apparently, he just went “Benjamin? Hell no, I want it to say Yahtzee on the front of my books!)

The first time around, I borrowed this book from a friend, and then immediately ordered by own copy once I was done. It’s a parody based on the concept of online RPG games, but it manages to have a quite decent plot in spite of being a parody story. It follows the student mage, Jim, who is killed during a raid on his school, and then brought back to life by the crazy evil overlord Dreadgrave (who turns out to be a surprisingly considerate employer!). Jim then sets out on his own noble quest – to figure out how to kill himself again. 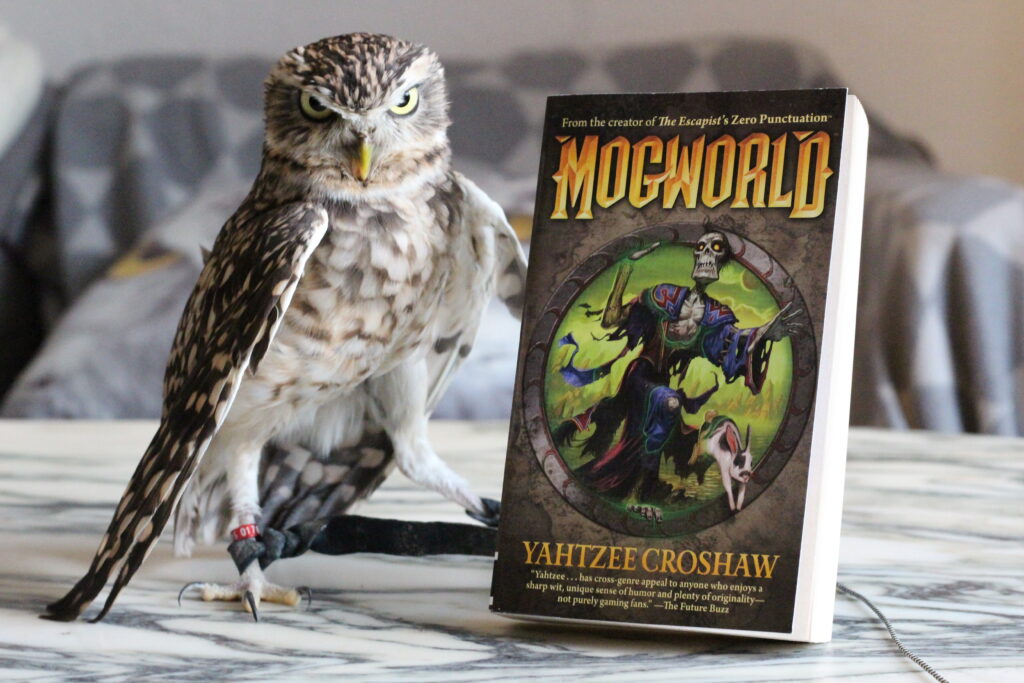