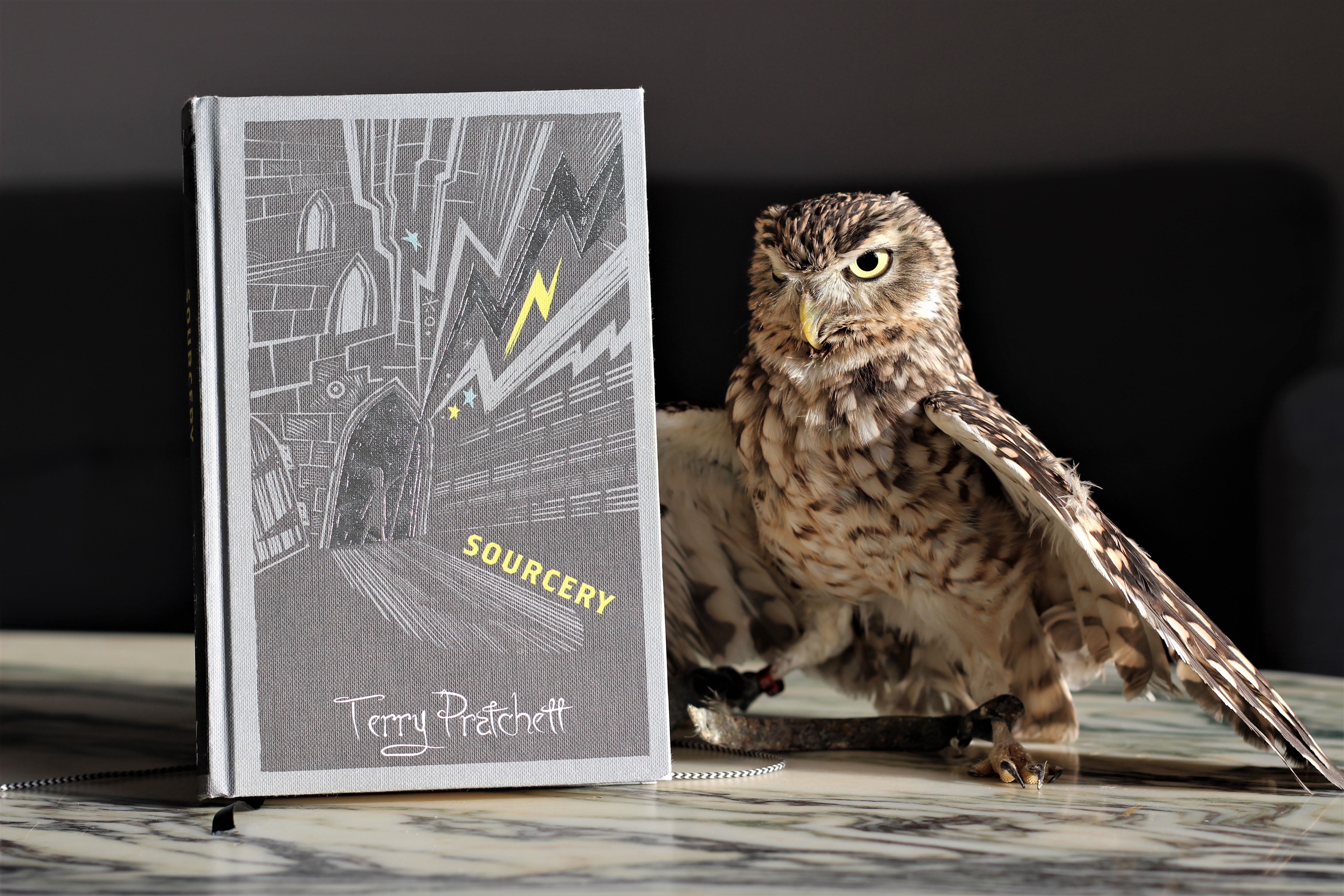 Books. books and more books, and this one is called Sourcery by Terry Pratchett.

This one is about the wizards of Unseen University gaining waaaay too much power and then just trying to blow each other up. There’s also a talking hat bossing people around.

‘I think therefore I am a hat.’

Oh, and my favorite character, the Luggage, is trying to find its way back to Rincewind.

‘The Luggage’s lid was set in an expression of grim determination. It didn’t want much out of the world, except for the total extinction of every other lifeform, but what it needed more than anything right now was its owner.’

The Rincewind stories might not be the greatest of the Discworld books, but I feel a deep connection with Luggage.

Rincewind, the legendarily inept wizard, has returned after falling off the edge of the world. And this time, he’s brought the Luggage. But that’s not all… Once upon a time, there was an eighth son of an eighth son who was, of course, a wizard. As if that wasn’t complicated enough, said wizard then had seven sons. And then he had an eighth son — a wizard squared (that’s all the math, really). Who of course, was a source of magic — a sourcerer.

Will the sourcerer lead the wizards to dominate all of Discworld? Or can Rincewind’s tiny band stave off the Apocalypse? 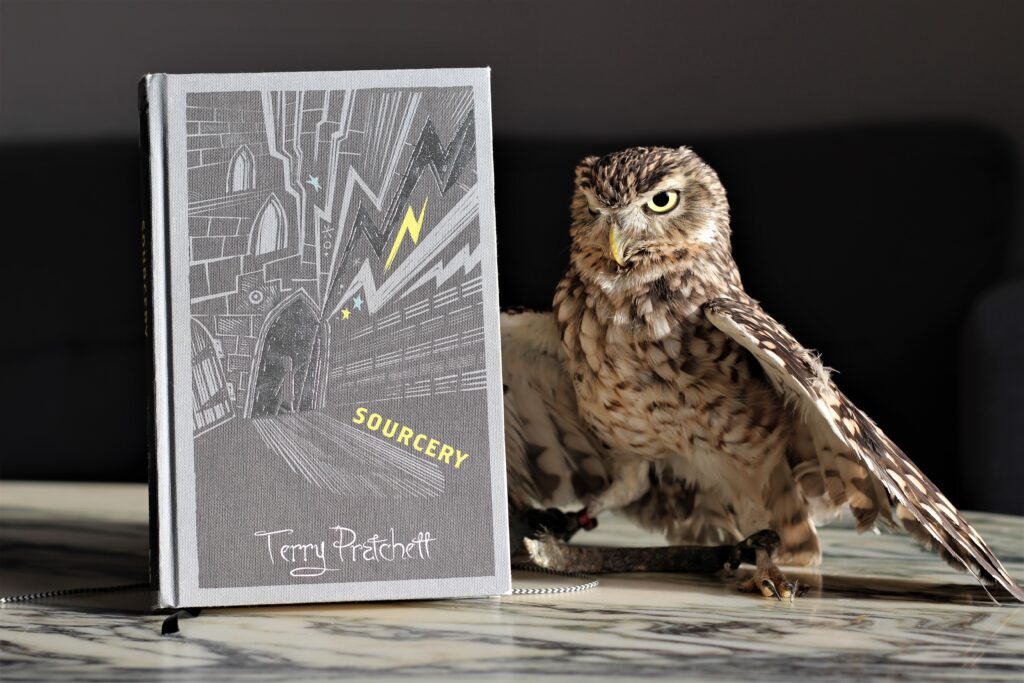