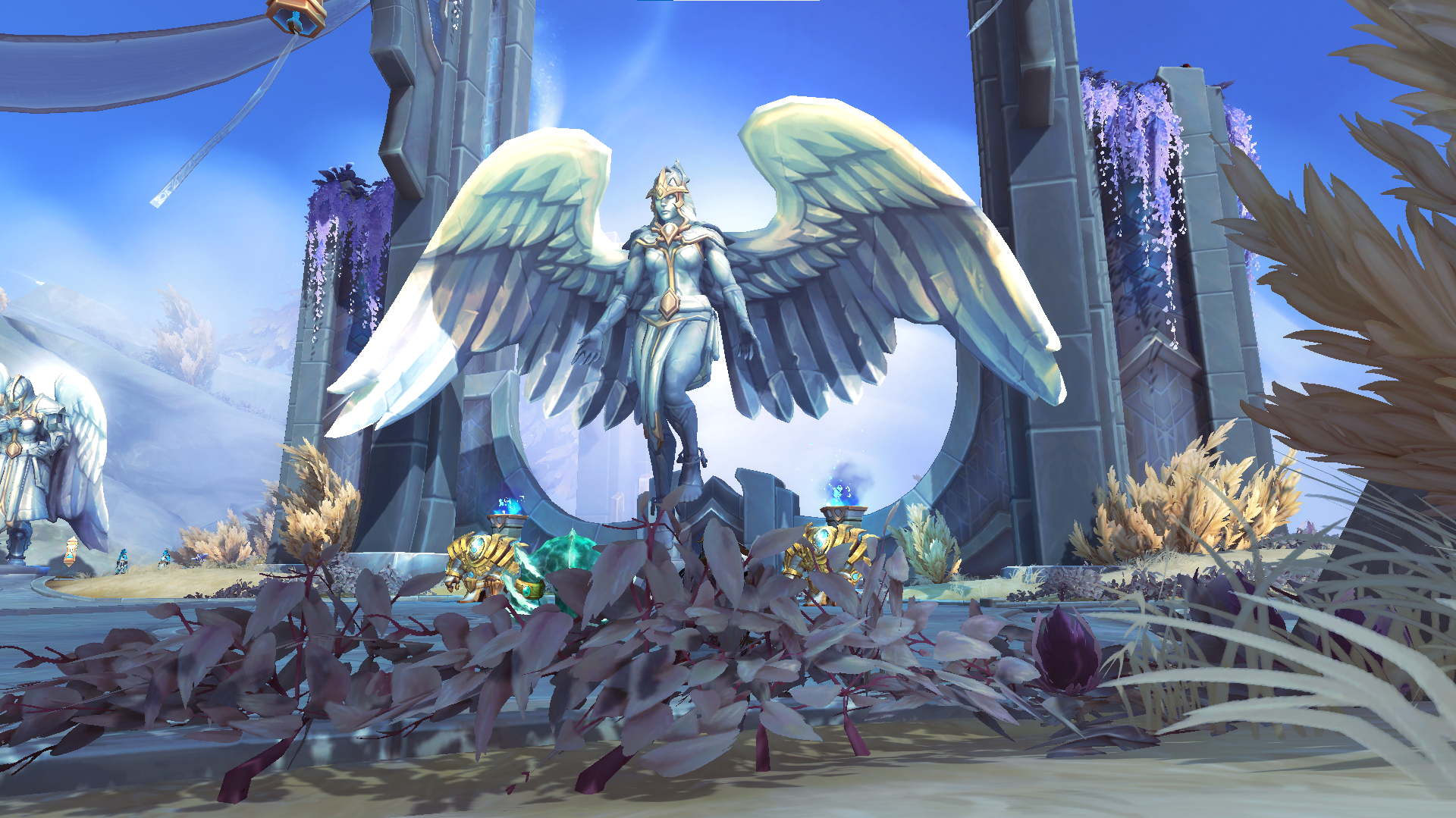 We’re taking a break from our scheduled book content to give you a gaming post. This is, of course, in celebration of World of Warcraft: Shadowlands, the new expansion to the game I have been playing for 15 years, like some loon with game Stockholm Syndrome.

Even though I have not played for more than a year – and though I actually missed the (first) release date announcement for Shadowlands – I had to come back. More out of habit than anything.

I reactivated my subscription a couple of days before the Shadowlands launch, so I would have time to do the pre-patch content. I’ll sum it up like this:

“Not much is going on here, I’ll just–ARRRRGH, ZOMBIES!”

…Which brings us to Shadowlands.

Basically, Sylvanas steals the Lich King’s hat, breaks the world, and then kidnaps a bunch of Horde and Alliance leaders, forcing us to do something about it.

It sounds lame when I tell you about it, but the cinematics are pretty damn cool. 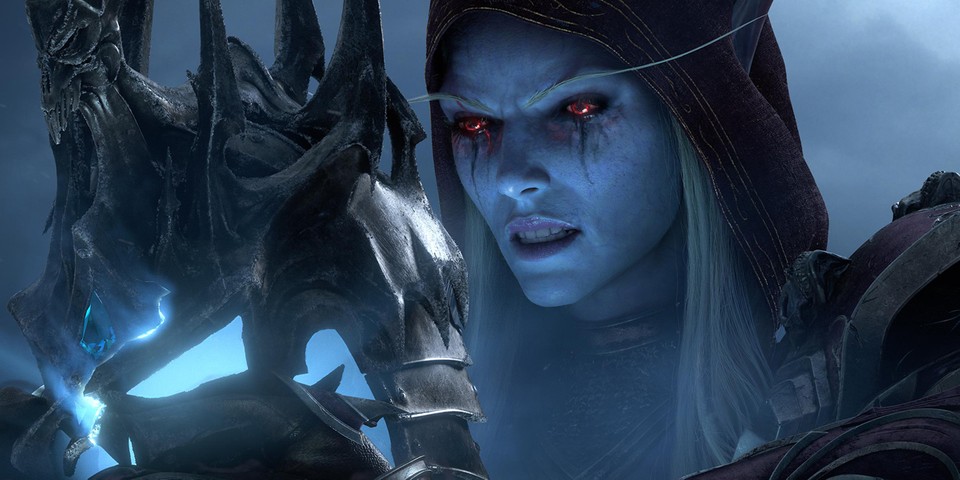 By the way, is nobody feeling guilty about leaving Bolvar sitting on a block of ice since 2009…? If we’re going into the realm of the dead to rescue Jaina and Thrall, surely we could have at least tried to find a way to save the Highlord from the Lich King’s influence without everything going to hell (literally).

He seems cool with it, though.

Yeah, I’m just going to roll with this, and not edit out unintentional puns. You have been warned. 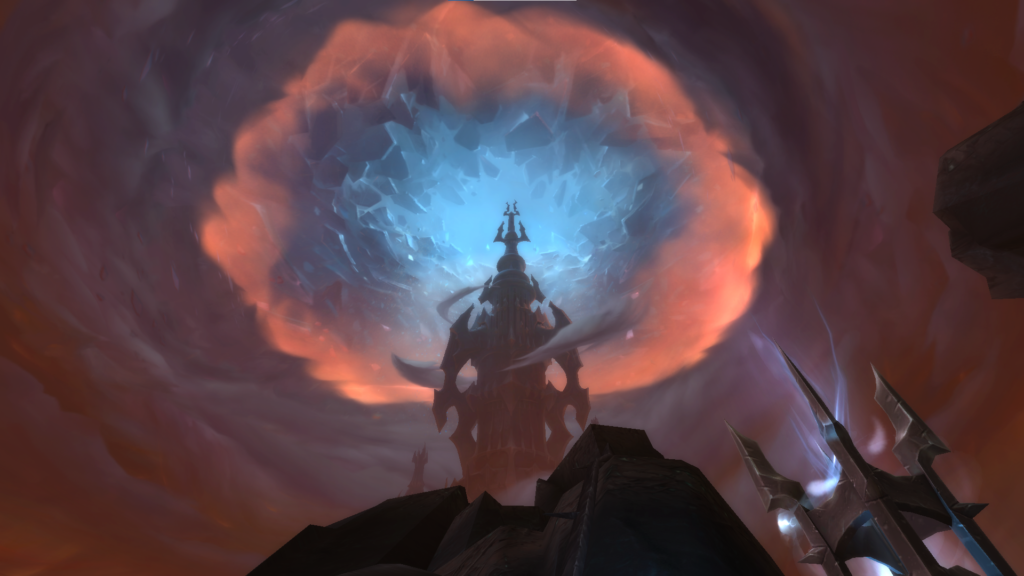 I don’t have that much to say about our intro into the Shadowlands. We go in, we kill some poor, tormented dead people, we find Jaina and the others rather easily… and then completely fails at rescuing them. ending with Anduin sacrificing himself to save us.

Damn it, Anduin, why do you think we went here to begin with?! 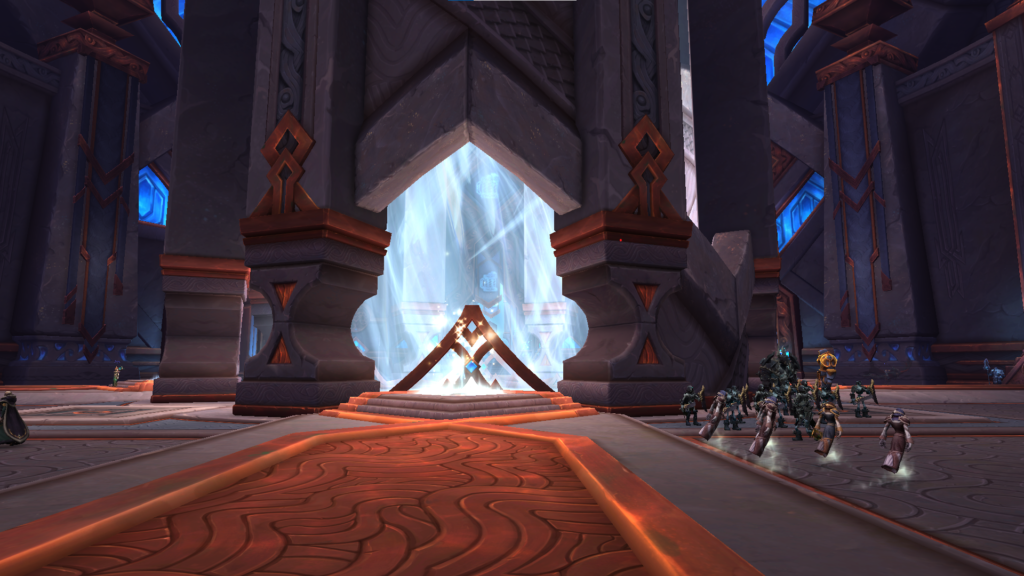 We arrive at the center of the Shadowlands, and amazingly we’re not executed on sight. We meet the Arbiter, who’s supposed to be judging every soul entering the Shadowlands, but she’s been sleeping on the job and allowing everything to go… well, to hell.

And, really, what is up with these shady as fuck headless traders everywhere? The inhabits of Oribos admits to having no concept of possessing stuff, so what are all these foreign traders doing here? Where did they come from? Why don’t they have heads?!

I think I need to go lie down… 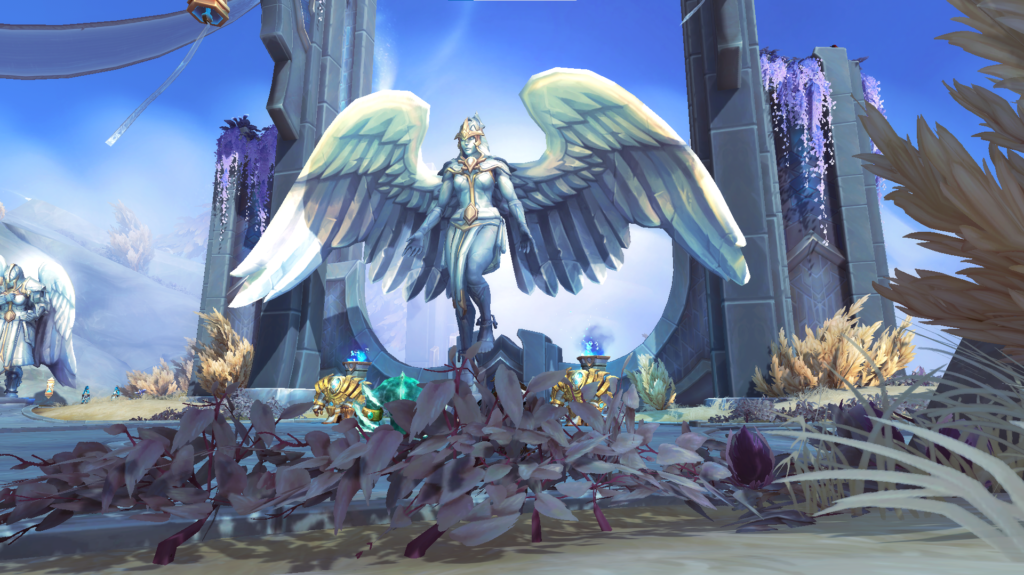 Bastion is the first leveling zone we get to. There’s a lot of blue people there.

My initial impression of Bastion was that it was reeeally pretty. Utterly gorgeous, really. And then…

These ‘stewards’ seem to have been created from my nightmares. They’re ridiculously cute and eager-to-please, with squeaky, happy voices, but I have lived with a cute-looking owl for far too long to fall for the innocent facade.

Obviously, these things are the main villains of this expansion. 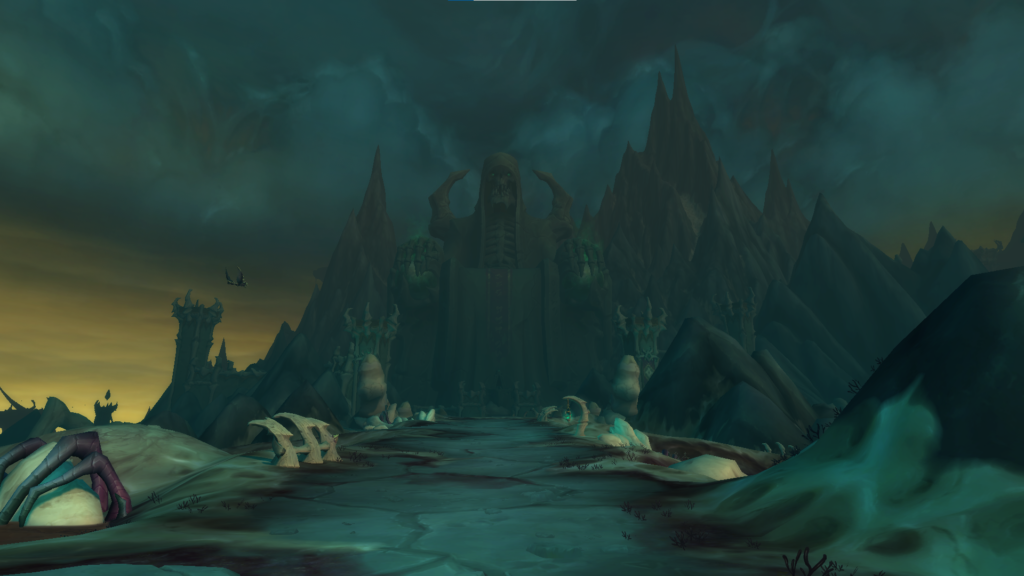 The Kyrian of Bastion were very welcoming.

The Necrolords in Maldraxxus threw me into a free-for-all melee within five minutes of arrival.

I liked Maldraxxus. It’s the kind of place where everyone – from tough warrior women to slime-obsessed plague doctors that lost their minds long ago – can rise through the ranks.

The crazy necromancers trying to kill you is just part of the deal. 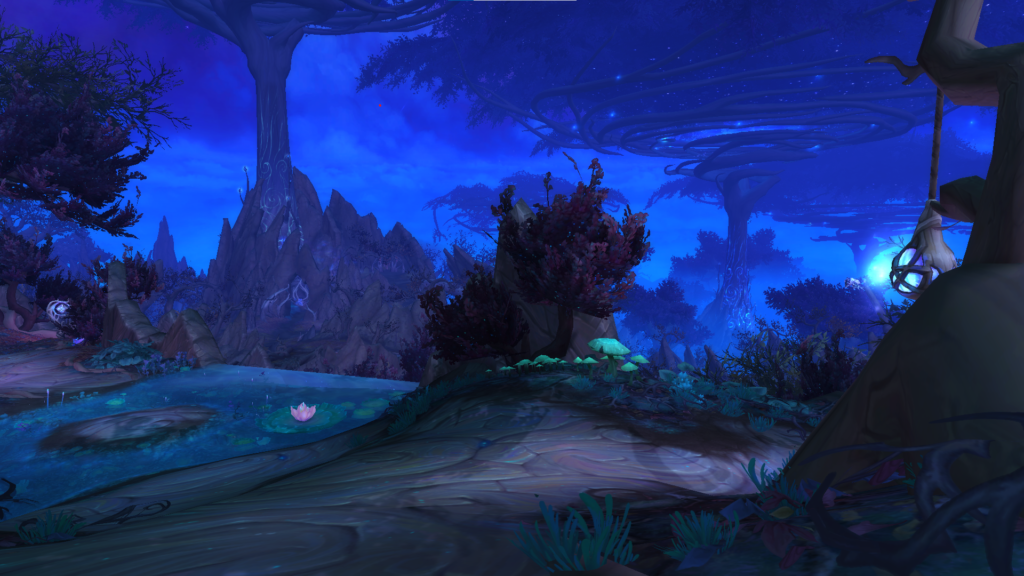 Ah, Ardenweald… A beautiful, tranquil forest filled with happy Fae and… you know, the horrible corruption that makes everyone go insane and kill their friends.

Speaking of quests, could I please get the option to say no when I’m traveling through an empty forest and happen upon a crying girl asking for me to help her sick granny? My only thought was that this was a trap.

It was indeed a trap. 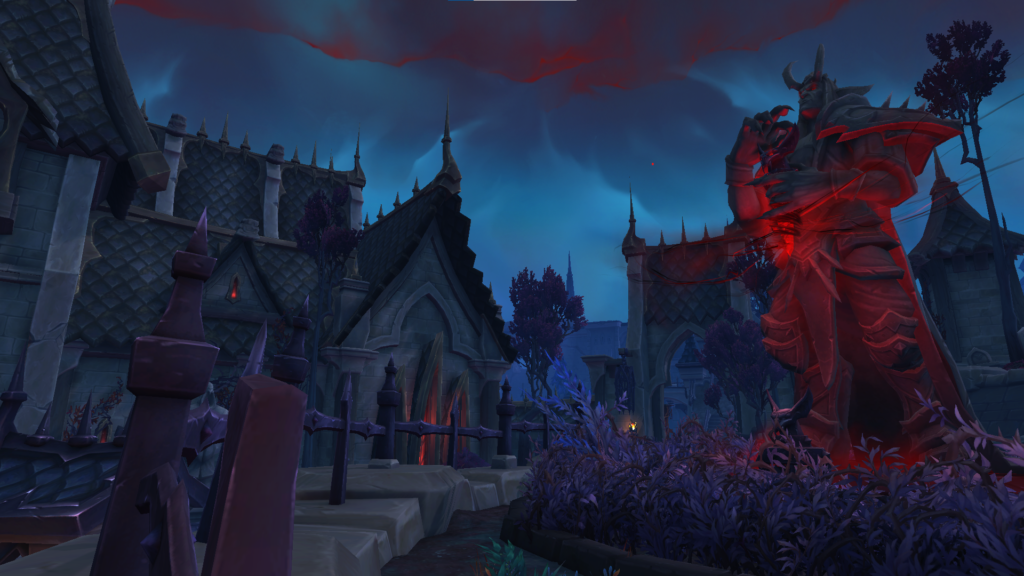 This place is all vampires and gargoyles. I love it.

Also, I’m really digging the Venthyr’s fashion sense. If you’re going to be arrogant assholes involved in corruption, you should do so while looking fabulous.

And you should definitely get a crossbow… Even if you might end up in a three-way crossbow stand-off where you all eventually shoot each other.

…If anyone asks, that wasn’t my fault.

If you want to know what Covenant I ended up with: I went Night Fae on my mage. I’m not entirely sure why, but I cackled manically throughout the entire “Azeroth play” quest and I couldn’t stop. It’s not like the comment “You can’t just stab a planet!” is even funny, but for some reason it had me in stitches. 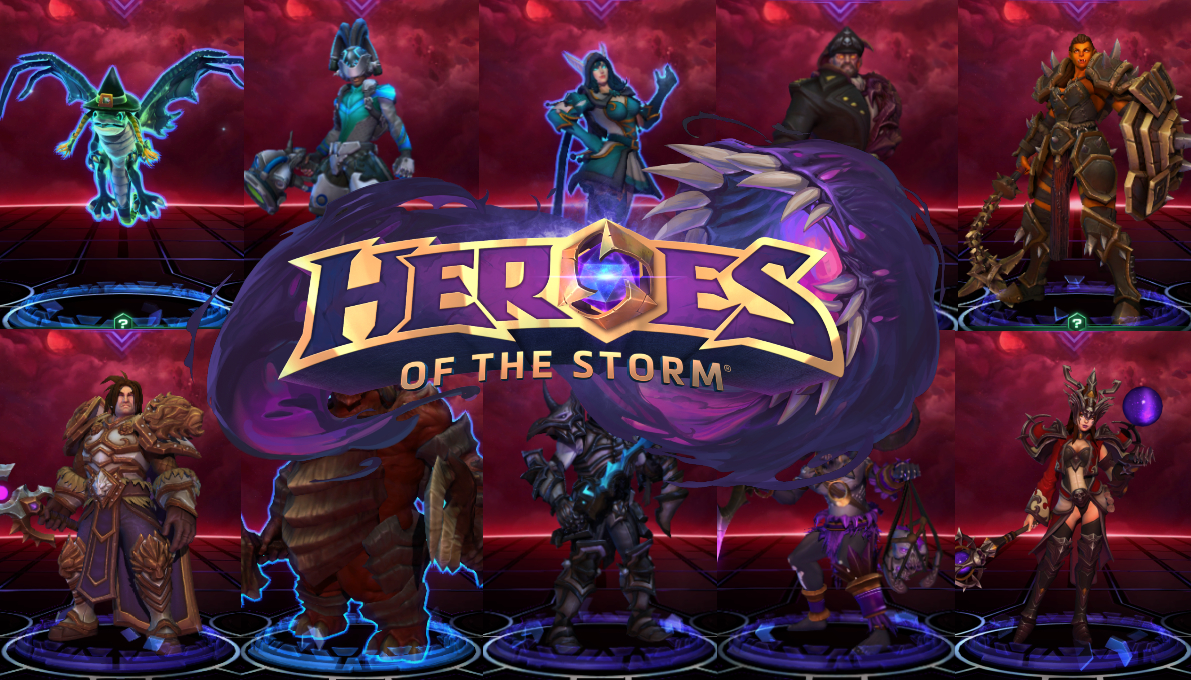 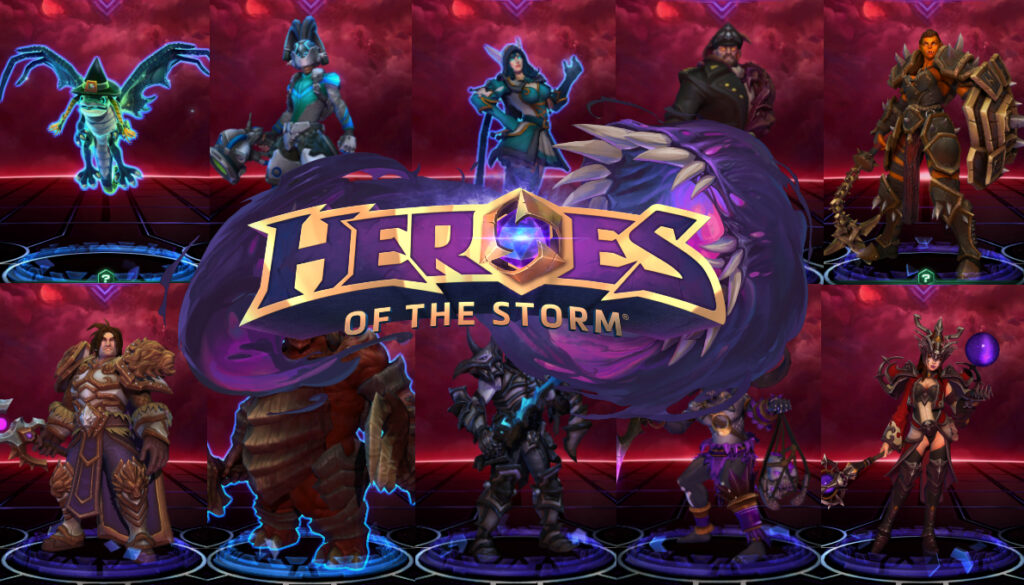 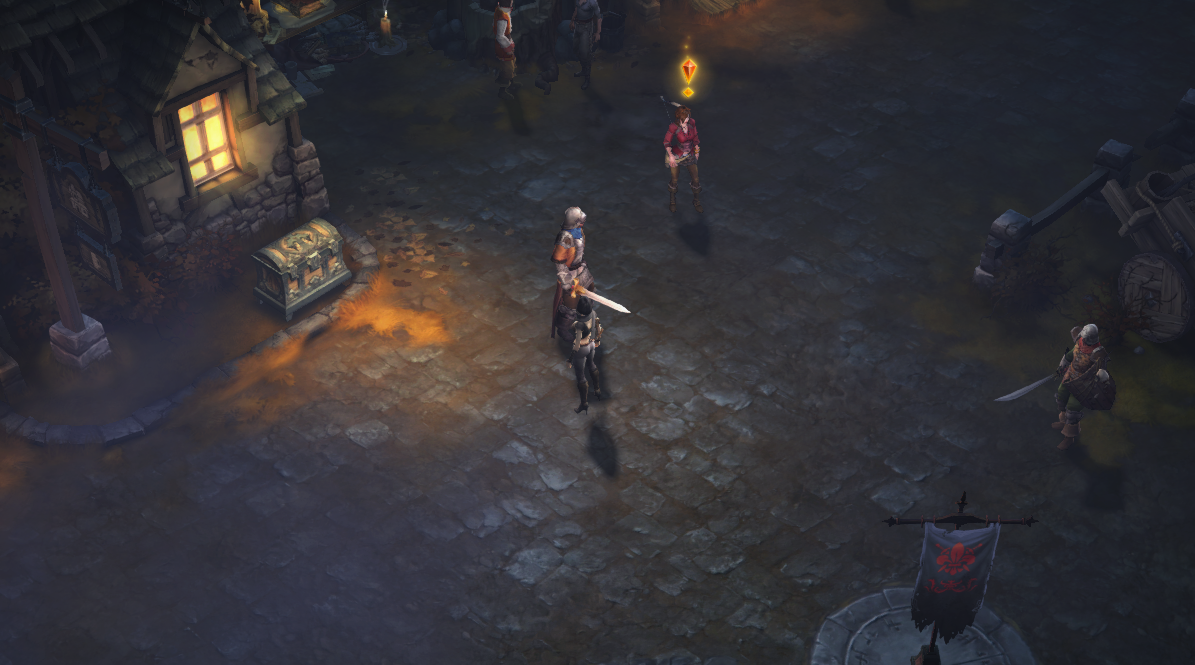 So, last week I finally got around to playing Diablo III.
Not sure what took me so long. You would think a game where you get to run around in a dark forest and shoot demons in the face with a crossbow would be right up my alley, right?

Anyway, so I made a Demon Hunter and spent the first 30 minutes running around… pretty much ignoring my quest and instead desperately searching for a pair of pants for my poor character.

Seriously, you start out with a crossbow and stiletto-heel boots (that is NOT forest-suited footwear), but there wasn’t any money left to buy the poor gal some pants? 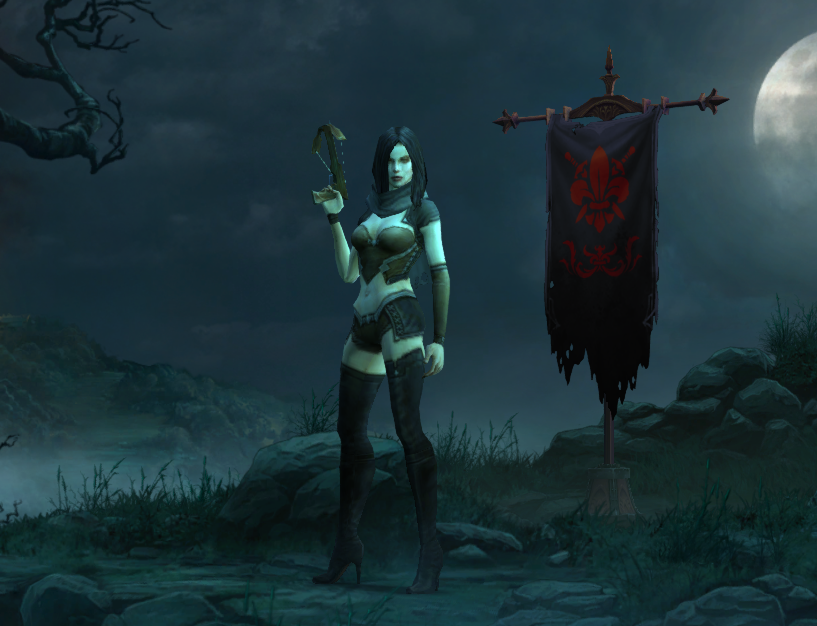 In the end, I took a pair of pants of a dead soldier in a basement. After I shot all the zombies gnawing on him. Magically, they fit me perfectly (and did not have a trace of zombie guts on them)!

I still would have liked a jacket, but I feel like I was just being demanding at that point.

After getting my pants, and shooting a bunch more zombies with arrows I’m not sure where I was keeping, I was off to save an old man. Luckily, as someone who has watched way too many BlizzCon livestreams over the years, and played way too much Heroes of the Storm, I knew this dude and was fairly sure he wouldn’t be zombified by the time I got to him.

But I was also fairly sure that if he went all “Stay a while and listen”, I might just shoot him in the face for the hell of it.

Perhaps luckily for him, I didn’t find the old coot before it was time for bed (real life bosses do not accept “monster hunting” as an excuse for why you didn’t get enough sleep to do your day job). I did, however, find more zombies. Soooo many zombies. And bats. And more zombies.

You get the point.

Long story short, I got my pants and I’m getting way too fond of this crossbow. Pretty much the only thing keeping me from shooting everyone in the face, friend or enemy, is because the game won’t allow me to.