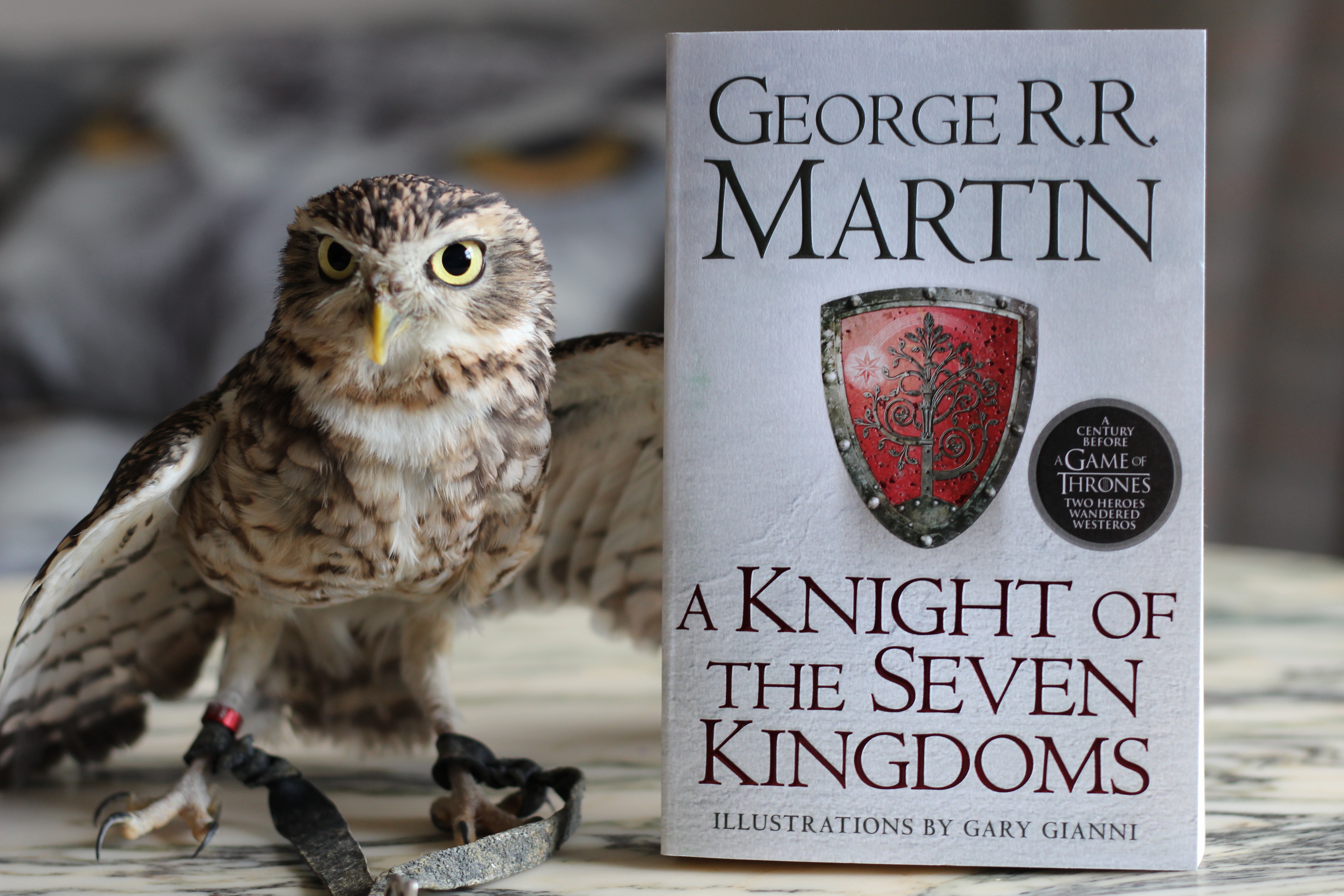 I have been putting off reading this book for a long time, but now it’s time for A Knight of the Seven Kingdoms (collection of the Tales of Dunk and Egg novellas) by George R. R. Martin.

Why have I been putting it off, you might ask? After all, “A Song of Ice and Fire” is one of the greatest Fantasy series out there and a prequel could ease the withdrawal until the next book is released.

It’s also insanely detailed and filled with more characters than you can keep track of, and I wish I had been taking notes when I read it.

Committing to books where I actually have to utilize brain power is not something I have felt up to doing in a long time, so anything that says “George R. R. Martin” on the cover has seemed daunting, even a collection of novellas. There’s even illustrations in this one!

I can do this, people… I’m almost caught up on Game of Thrones as well, even though I delayed watching the TV-show for ages, because I wanted to finish the book series first. Clearly the TV-show is winning the race and will finish at least a decade before the books, and nothing short of total social media blackout and disowning all my friends will prevent me from getting spoiled, so I caved.

It’s all planned out, so I will have finished both this book and watched season 7, before the premiere of the last season in April.

So tell me (without spoiling season 7, ya bastards!): Who do you think is going to end up on the Iron Throne?