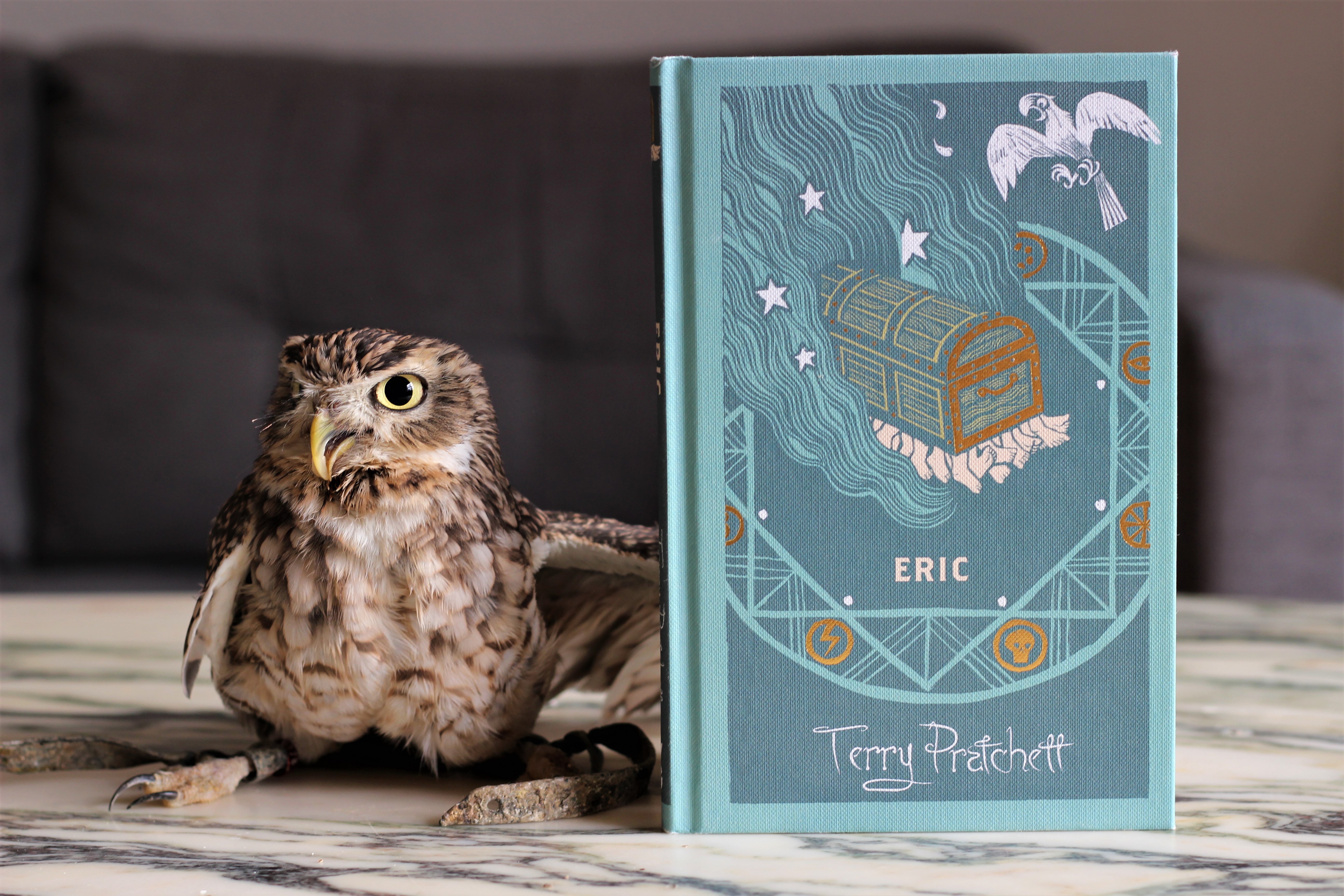 I bring you… Eric by Terry Pratchett.

That’s the title. Just Eric. Surprisingly, it’s a book about a boy named Eric. Eric tries to summon demons. Eric ends up summoning Rincewind, because this is Discworld, and obviously a cowardly wizard is going to be accidentally summoned by a weird 12-year old.

This is the part of the book that makes the most sense, but then again, I’m rather used to Rincewind books just being one endless line of crazy. We got time travel, lost civilizations, and Hell being run by a bureaucrat.

Anyway, look how cute and bright-eyed Artemis looks in this photo! I bet he’s afraid Eric will summon him if he finds out he’s really a demon in owl disguise…

Discworld’s only demonology hacker, Eric,is about to make life very difficult for the rest of Ankh-Morpork’s denizens. This would-be Faust is very bad . . . at his work, that is. All he wants is to fulfill three little wishes: to live forever, to be master of the universe, and to have a stylin’ hot babe.

But Eric isn’t even good at getting his own way. Instead of a powerful demon, he conjures, well, Rincewind, a wizard whose incompetence is matched only by Eric’s. And as if that wasn’t bad enough, that lovable travel accessory the Luggage has arrived, too. Accompanied by his new best friends, there’s only one thing Eric wishes now—that he’d never been born!

3 thoughts on “The Bookish Owl – Eric by Terry Pratchett”