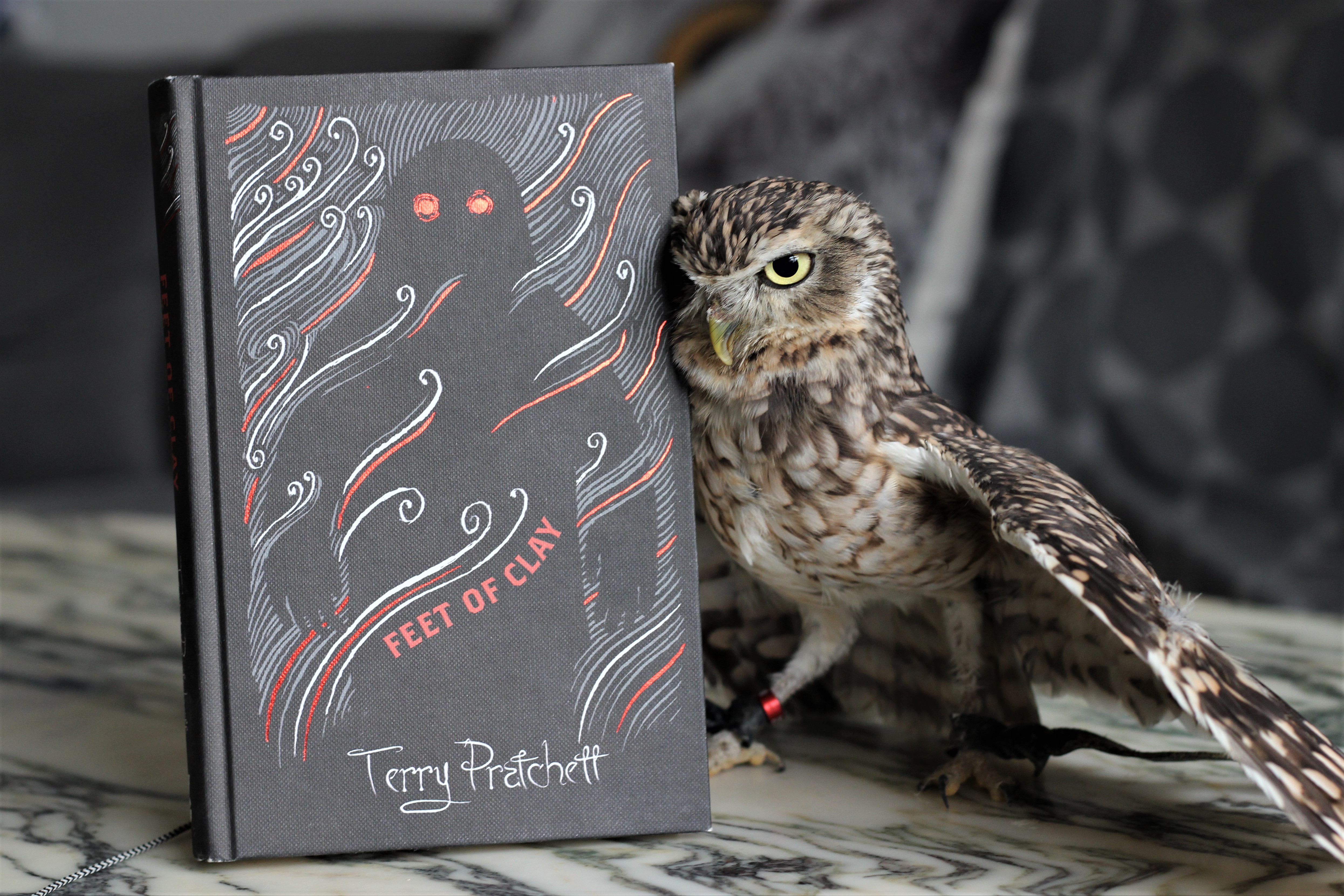 I’m actually already done with this, because I started it just before going on a trip to Budapest, and as I had already dropped off Artemis at his new owl-sitters (who have now been cured of any desire to get an owl of their own), I did not actually have an owl available for a photo.

So while Artemis was busy traumatizing my friends’ cats, I was rereading another of my favorite Discworld books. I think this might be my second-favorite City Watch book. Not sure what I love most: Vimes setting traps for assassins for sport, Vetinari being absolutely delirious from arsenic poisoning, or Nobby being frantically convinced that his boss will cut his head off if he, Nobby, is made king (“Mr Vimes’d go spare!”).

Feet of Clay
by Terry Pratchett

For members of the City Watch, life consists of troubling times, linked together by periods of torpid inactivity. Now is one such troubling time. People are being murdered, but there’s no trace of anything alive having been at the crime scene. Is there ever a circumstance in which you can blame the weapon not the murderer? Such philosophical questions are not the usual domain of the city’s police, but they’re going to have to start learning fast… 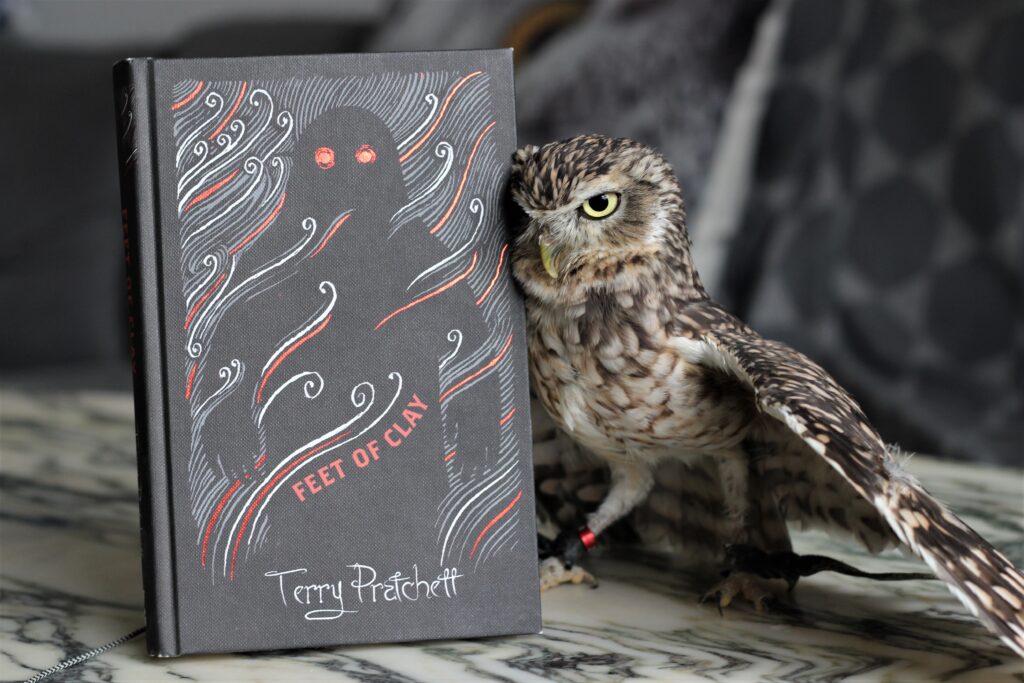