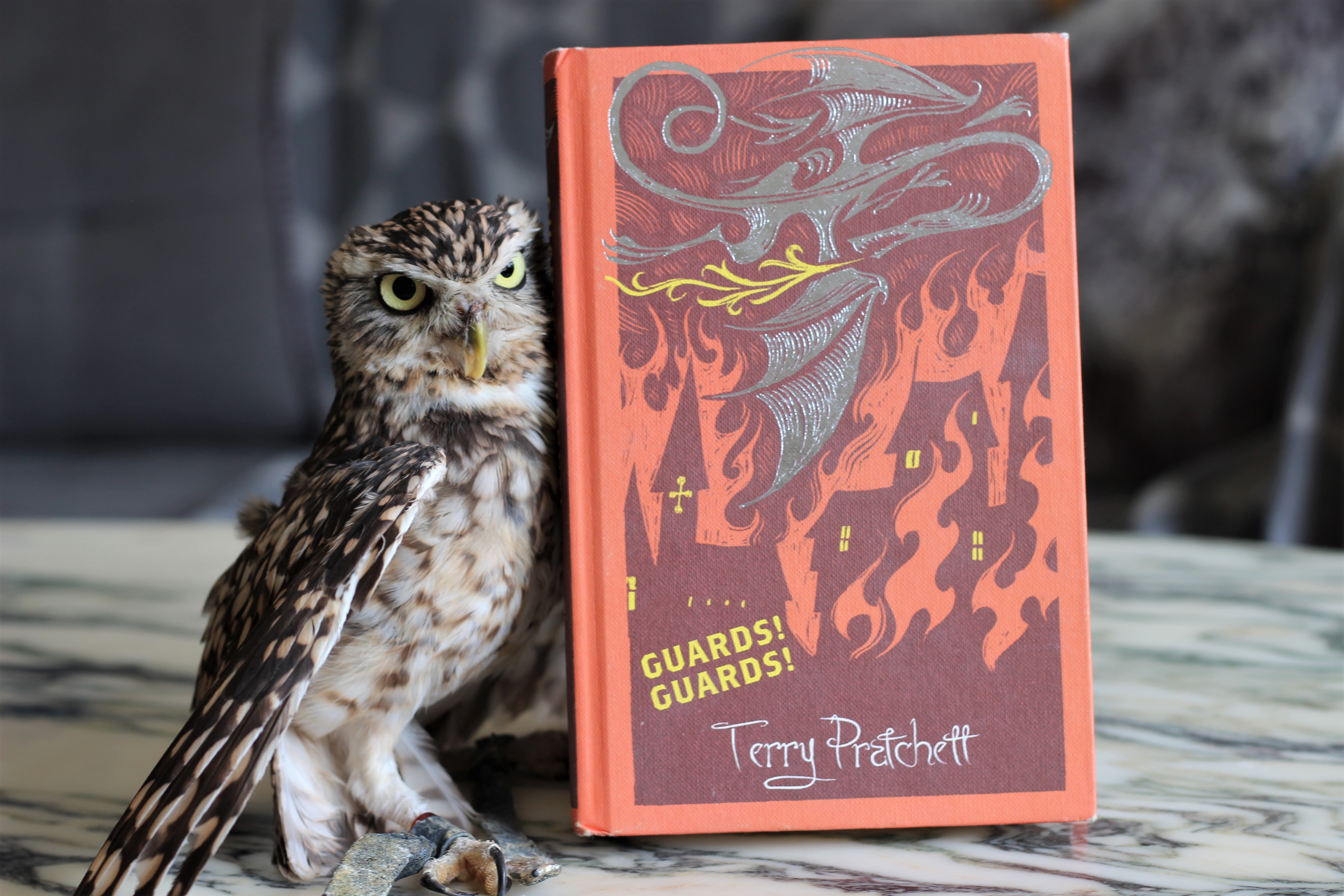 Next up is Guards! Guards! by Terry Pratchett.

If you have been following this blog, you will probably have noticed that I’m reading all the Discworld books in order. However, I’m also reading them in the lovely hardback Collector’s Edition, and the last few books will not be released in this edition until November.

Obviously, this does not mean I will take a break from Discworld. It just means that I get a chance to reread my favorites and that’s something I’ve been dying to do!

So yes, ‘Guards! Guards!’ is a reread for me, but I’m still ridiculously excited about it. It’s the first book in the City Watch series, and it’s got:

The plot might not be as deep and multi-layered as the later books, but no one can convince me this isn’t the greatest Discworld book of all times.

Here there be dragons . . . and the denizens of Ankh-Morpork wish one huge firebreather would return from whence it came. Long believed extinct, a superb specimen of draco nobilis (“noble dragon” for those who don’t understand italics) has appeared in Discworld’s greatest city. Not only does this unwelcome visitor have a nasty habit of charbroiling everything in its path, in rather short order it is crowned King (it is a noble dragon, after all . . .).

Meanwhile, back at Unseen University, an ancient and long-forgotten volume–The Summoning of Dragons–is missing from the Library’s shelves. To the rescue come Captain Vimes, Constable Carrot, and the rest of the Night Watch who, along with other brave citizens, risk everything, including a good roasting, to dethrone the flying monarch and restore order to Ankh-Morpork (before it’s burned to a crisp). A rare tale, well done as only Terry Pratchett can. 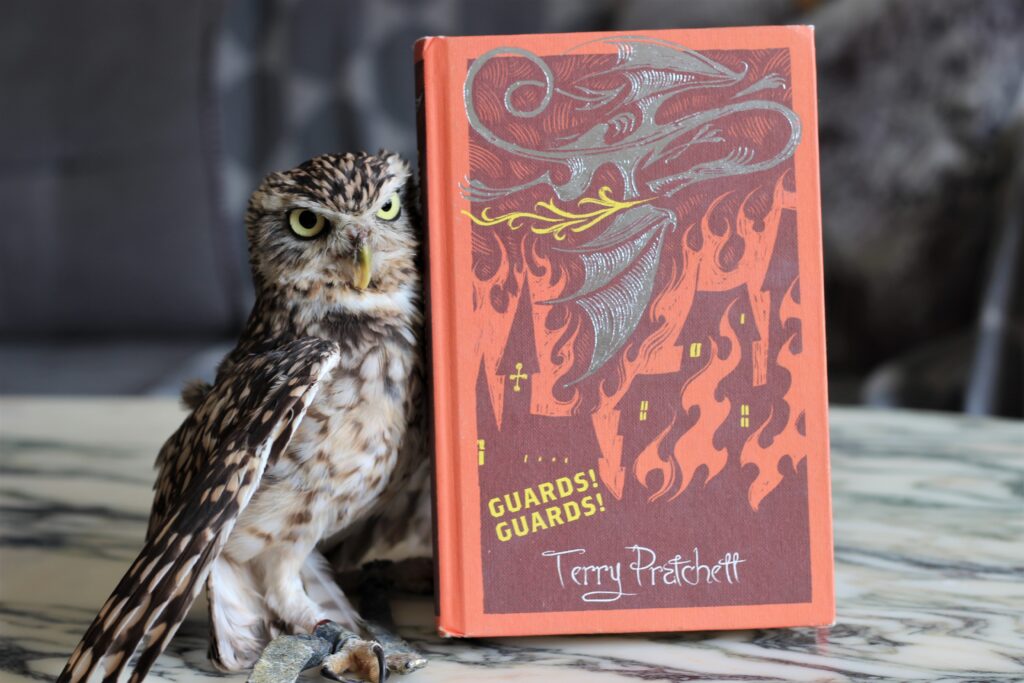 17 thoughts on “The Bookish Owl – Guards! Guards! by Terry Pratchett”