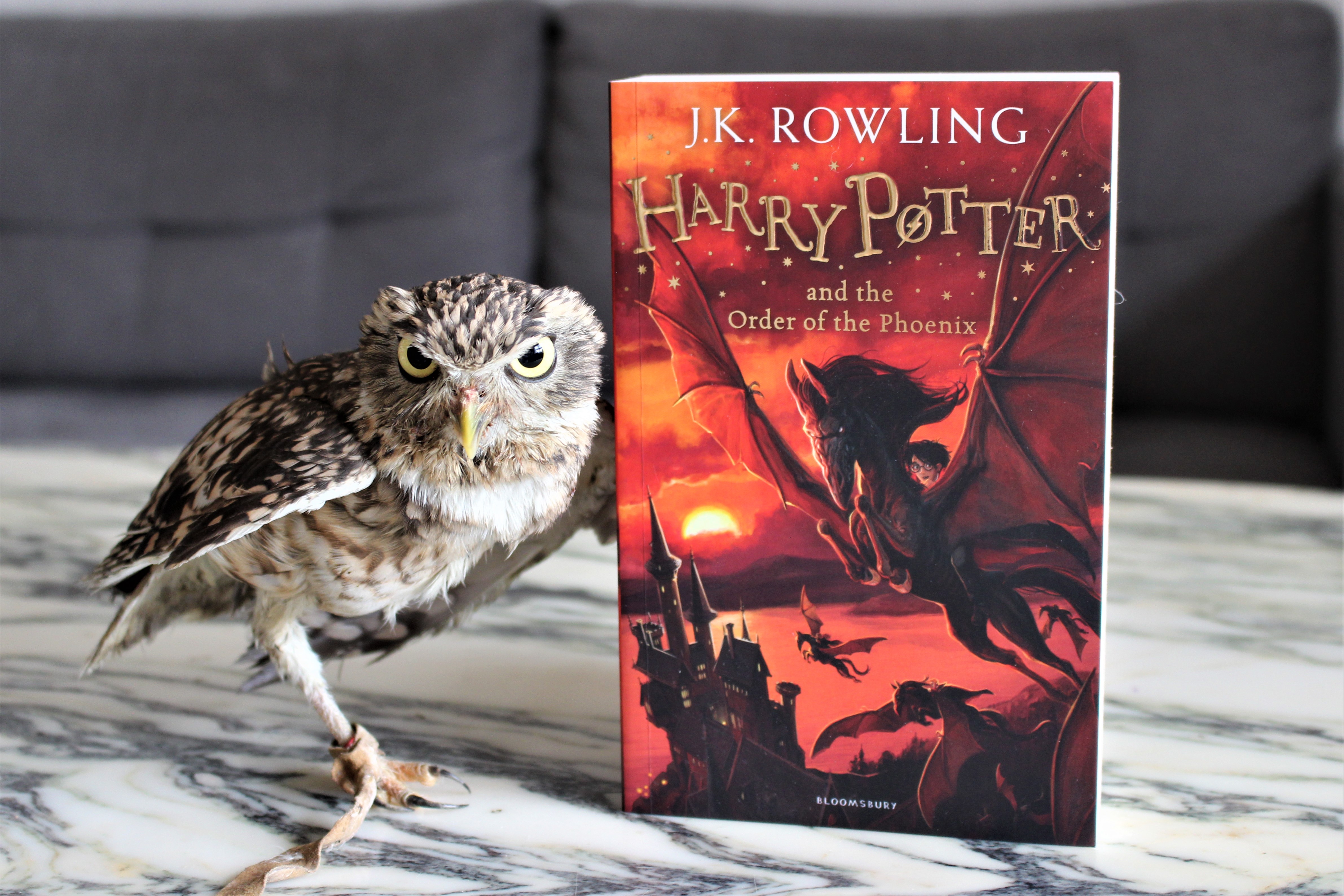 We’re back in owl territory with Harry Potter and the Order of the Phoenix by J. K. Rowling.

Of course every book is owl territory when I’m involved, but I have to say something in these posts, right?

By the way, this is not the book to be reading after dropping your owl off for surgery. It is not an effective way of distracting yourself. Big spoiler alert, but there’s a lot of owls in this book, y’all.

All kidding aside, I had forgotten how creepy the scenes in the Department of Mysteries were, what with brains floating in water tanks and that horrifying scene with the Death Eater with the baby head. Remember, this is a series of kids’ books. I might have been a messed-up kid (when you got a 5 years older brother, you see a lot of horror movies and kill a lot of hookers in GTA), but it’s still a wonder I didn’t have nightmares about this.

But all that stuff isn’t what people remember about The Order of the Phoenix, is it?

I was prepared for Umbridge, because she’s so utterly awful that she’s edged into your childhood memory. But really, she’s not as awful as she seemed as a kid. Honestly, she’s just a more extreme version of the type of person you have to deal with in your adult life. We have all had a boss or a manager with a ruthless streak and a near sociopathic way of dealing with people, right? If you haven’t, just turn on the news and watch the political leaders of the world for a bit. That should do it. It’s hard to be amazed by how far the Ministry of Magic is willing to go once you have dealt with today’s political scene for a few years.

This got surprisingly deep, so let’s get back to my usual brand of enthusiastic rambling:

Professor McGonagall was the MVP of this book and every scene with her is amazing. I would give my left foot to read a series that’s just about her dealing with students and other everyday problems at Hogwarts.

(I had already written this before I realized Artemis no longer has his left foot in the photo below – I swear its unrelated and that he’s not the victim of me making some shady deal with Rowling!)

Harry Potter and the Order of the Phoenix
by J. K. Rowling

Dark times have come to Hogwarts. After the Dementors’ attack on his cousin Dudley, Harry Potter knows that Voldemort will stop at nothing to find him. There are many who deny the Dark Lord’s return, but Harry is not alone: a secret order gathers at Grimmauld Place to fight against the Dark forces. Harry must allow Professor Snape to teach him how to protect himself from Voldemort’s savage assaults on his mind. But they are growing stronger by the day and Harry is running out of time. 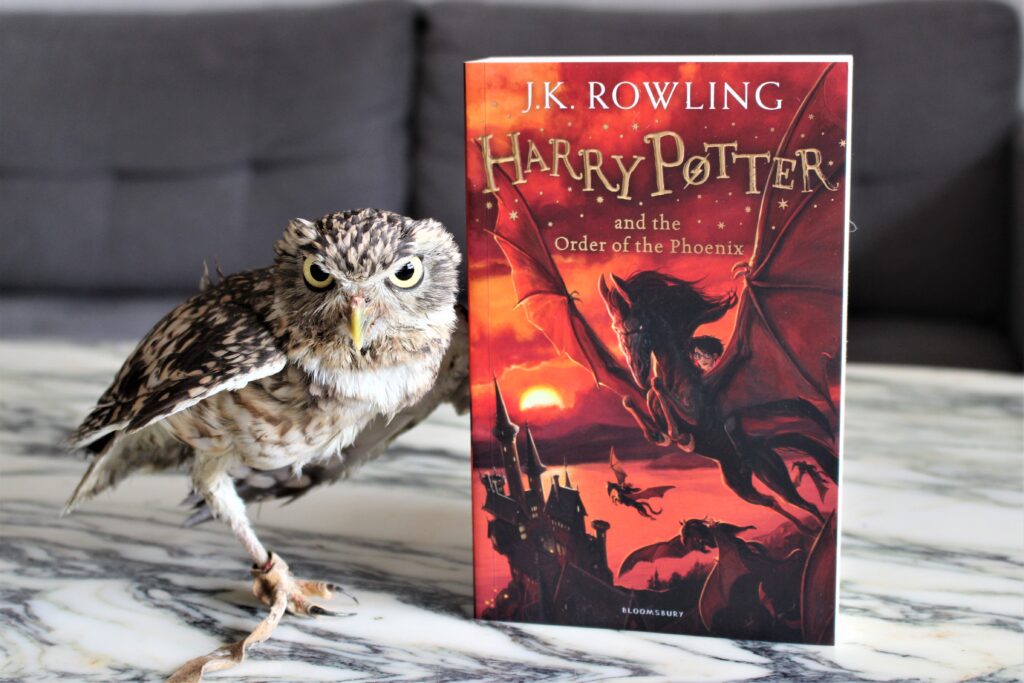 4 thoughts on “The Bookish Owl – Harry Potter and the Order of the Phoenix by J. K. Rowling”