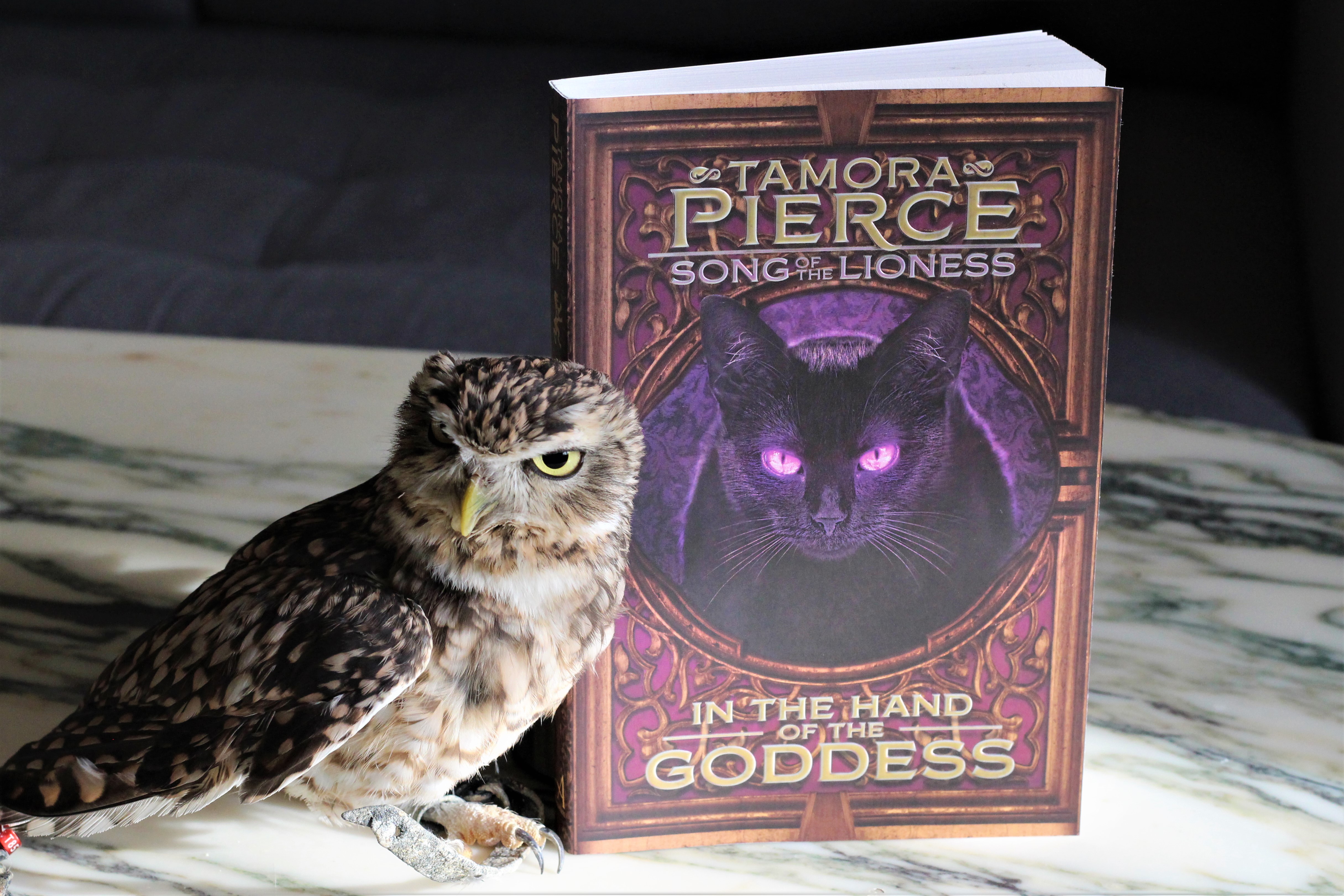 I think it’s time for another Bookish Owl post, so let’s have In the Hand of the Goddess by Tamora Pierce!

Mind you, this is another backlog photo. Artemis is still recovering and hasn’t magically grown a new leg.

He’s doing well, though, so I’m sure he’ll be back to scowling at books in no time.

This book is the second in the Song of the Lioness Quartet, the sequel to Alanna, and I really enjoyed it. I avoided YA books with a female protagonist for years, because I, at one time, ended up reading book after book that was just the main character pining over one guy and letting all her decisions be ruled by infatuation. But with this one, I got a teenage girl falling in love and then NOT throwing her life away over the guy, even though the plans she had for her life could mean an end to the relationship.

In the Hand of the Goddess
by Tamora Pierce

Alanna, disguised as a boy, becomes a squire to none other than the heir to the throne. Prince Jonathan is not only Alanna’s liege lord, he is also her best friend—and one of the few who knows the secret of her true identity. But when a vicious sorcerer threatens the prince’s life, it will take all of Alanna’s skill, strength, and magical power to protect him, even at the risk of surrendering her dreams… 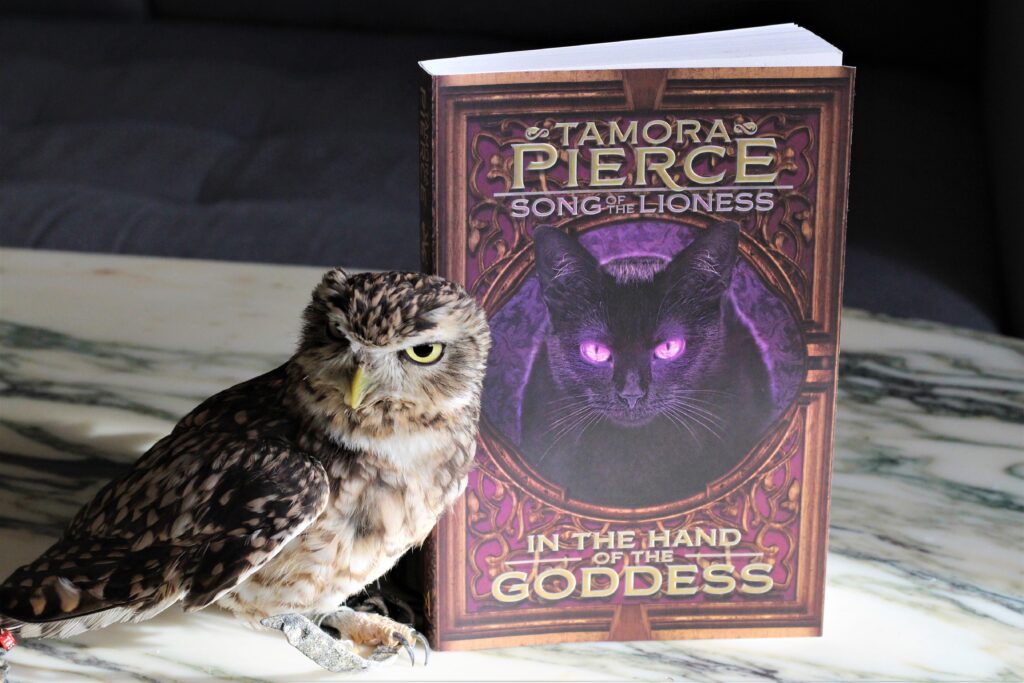