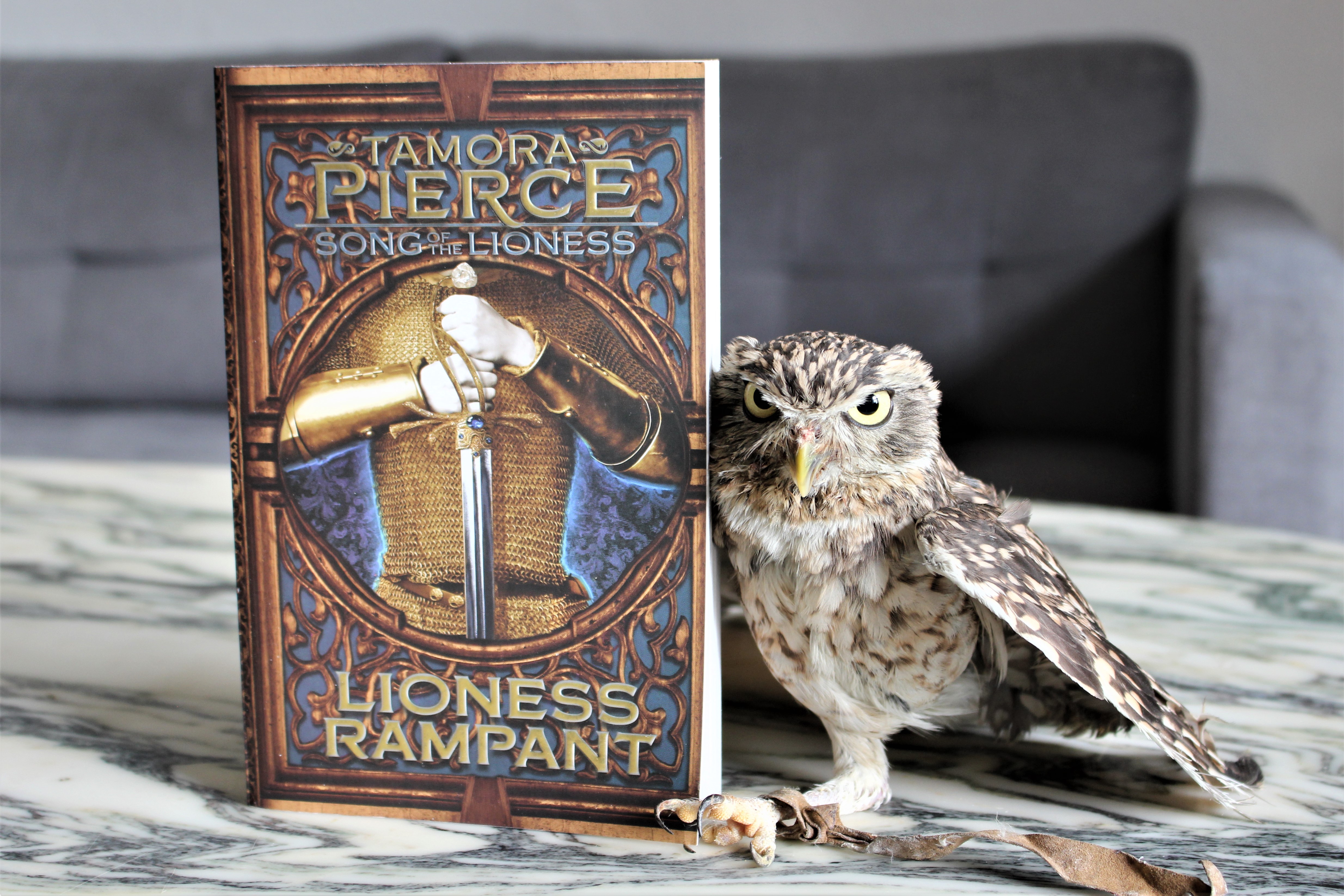 This is the last book in the Song of the Lioness Quartet, and honestly, I found it a little disappointing. There was so much potential in the plot with Duke Roger and his schemes, but so little of the book was dedicated to that part, and in the end it fell flat. But if it hadn’t been so rushed, I would have really enjoyed it.

However I would still recommend the series as a whole to anyone who wants some lightweight YA fantasy with an independent and relatable female protagonist. Each book is a nice bite-sized length and contains several great characters.

Still not sure how I feel about the magic cat, though…

Having achieved her dream of becoming the first female knight errant, Alanna of Trebond is not sure what to do next. She has triumphed in countless bloody battles, and her adventures are already legendary. Perhaps being a knight errant is not all that Alanna needs…but Alanna must push her uncertainty aside when she is challenged with the impossible. She must recover the Dominion Jewel, a legendary gem with enormous power for good—but only in the right hands. And she must work fast. Tortall is in terrible danger from all directions, with enemies great and small plotting to destroy everyone and everything Alanna loves.