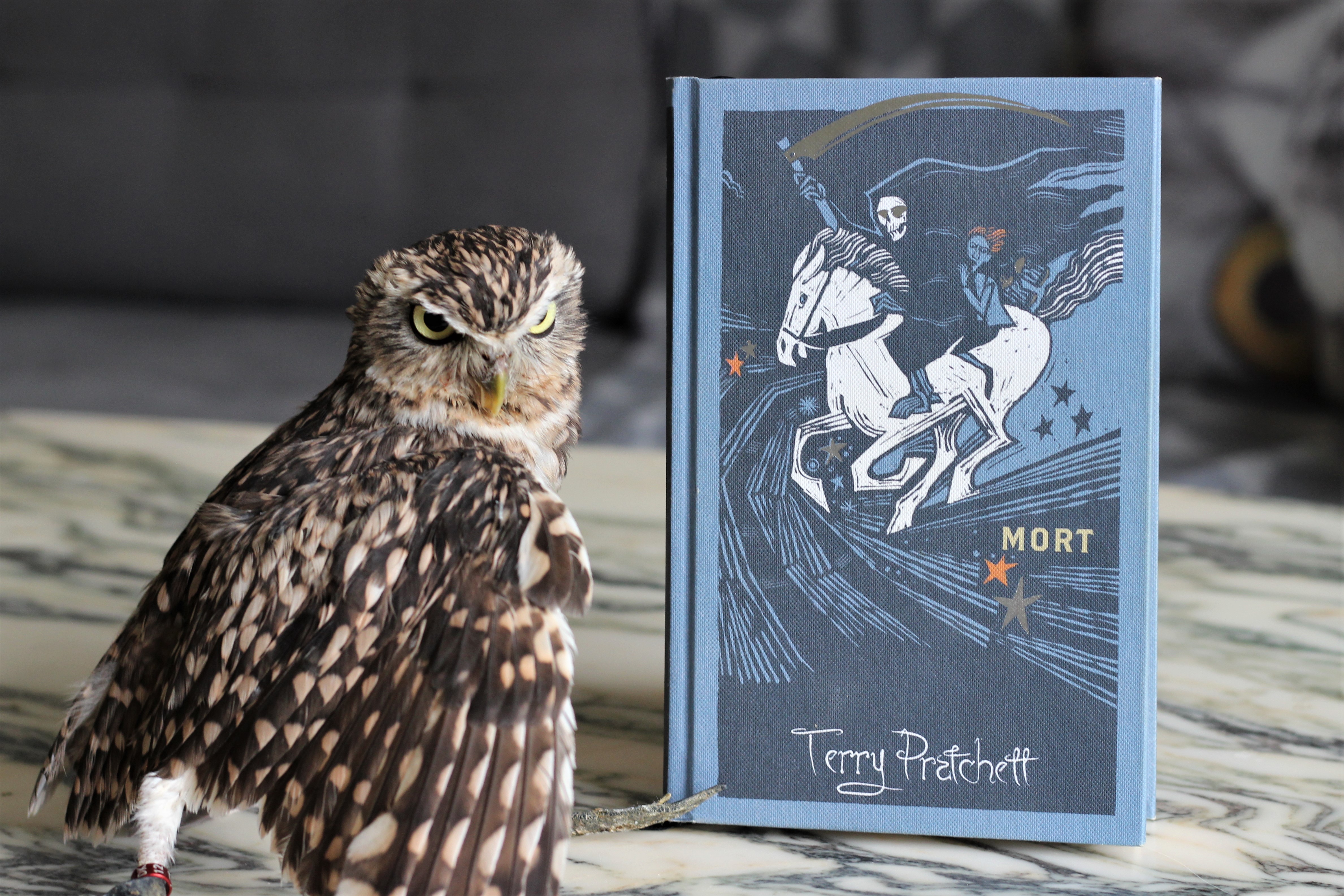 You know the deal, books and owls and all that. This time it’s Mort by Terry Pratchett.

This is another Discworld favorite that I’ve been looking forward to rereading. Death takes on a human apprentice. Said apprentice immediately messes everything up. Craziness ensues.

Only an author such as Pratchett can make Death into such a precious character and I absolutely adore him in ‘Mort’. He’s so cute when he’s trying to be a good master to his new apprentice, despite not understanding humans at all.

Death comes to us all. When he came to Mort, he offered him a job. Henceforth, Death is no longer going to be the end, merely the means to an end. It’s an offer Mort can’t refuse. As Death’s apprentice he’ll have free board, use of the company horse – and being dead isn’t compulsory. It’s a dream job – until he discovers that it can be a killer on his love life… 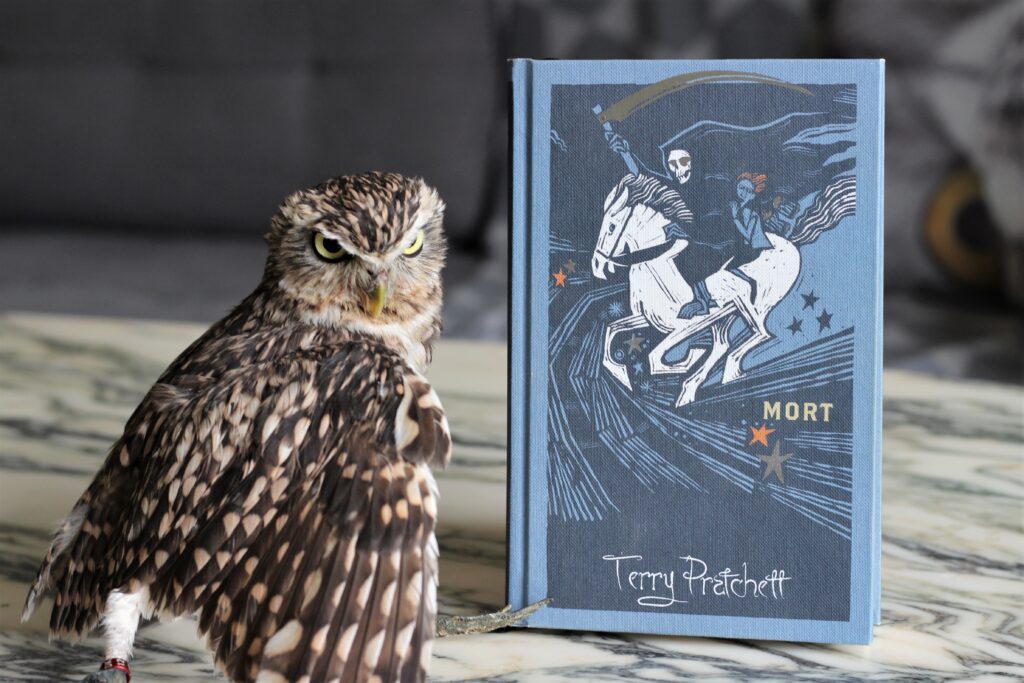 7 thoughts on “The Bookish Owl – Mort by Terry Pratchett”