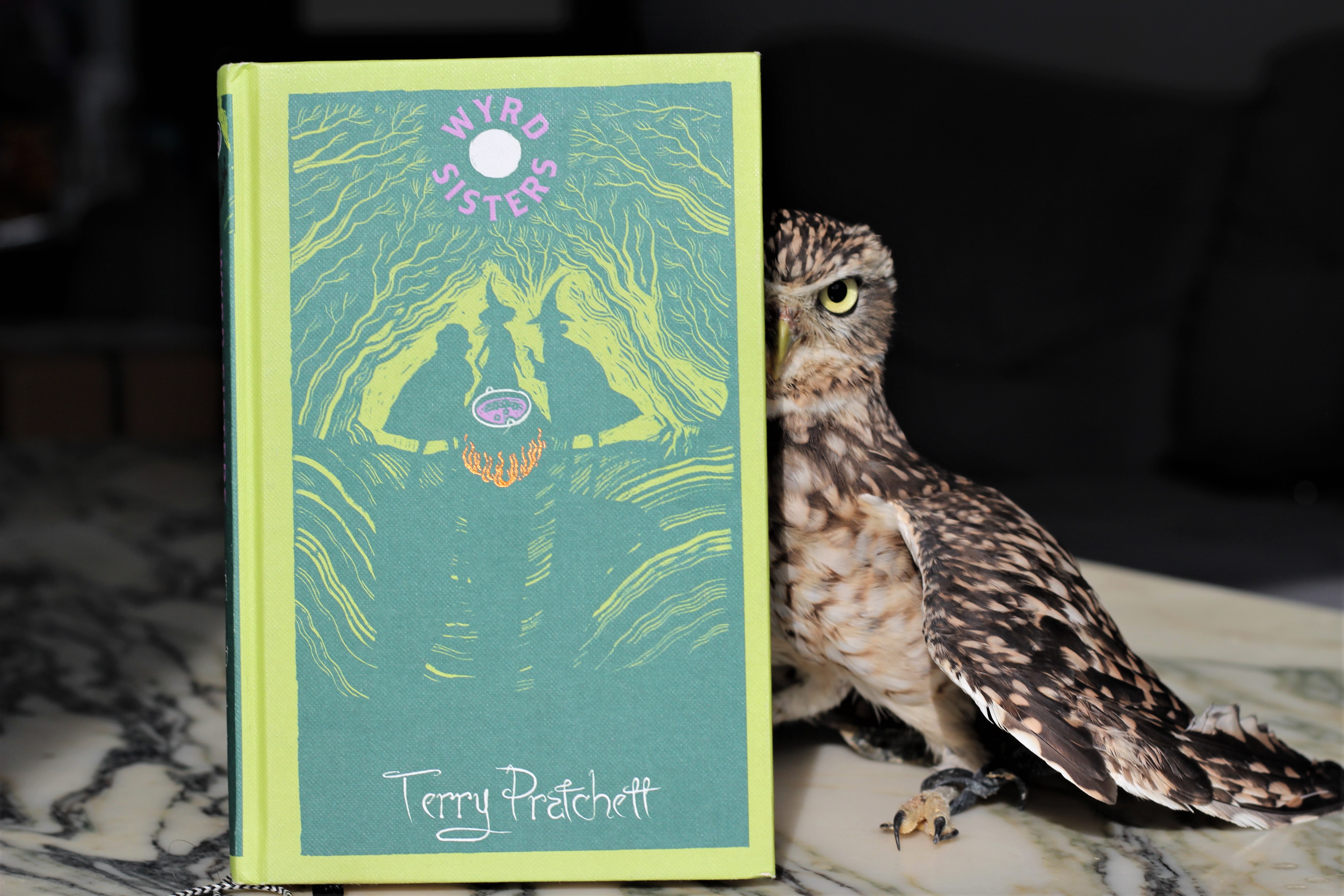 I ran out of City Watch books, so my Discworld reread is moving to the Witches subseries now. I remember not liking this book as much as the other Discworld books when I first read it, but I think it might be because I didn’t yet have the deep appreciation of Granny Weatherwax and Nanny Ogg that I developed later. Not sure why it took me so long to get into the Witches books, but it wasn’t until about “Maskerade” that I really started liking them as much as the rest of the series.

I think it might be because, in the beginning, they weren’t as funny as the others, though they had better plots. Or, maybe, it was just because Esme Weatherwax and I can be a bit too similar for comfort…

Either way, I’m hoping to enjoy my reread of the earlier books more!

(Also, don’t worry about Artemis being creepy – I told him it was October, so he’s just getting into the Halloween spirit)

Three witches – Granny Weatherwax, Nanny Ogg and Magrat Garlick – have gathered on a lonely heath. A king has been cruelly murdered, his throne usurped by his ambitious cousin. An infant heir and the crown of the kingdom, both missing . . .

Witches don’t have these kind of dynastic problems themselves – in fact, they don’t have leaders.

Granny Weatherwax was the most highly-regarded of the leaders the witches don’t have. But even she found that meddling in royal politics was a lot more complicated than certain playwrights would have you believe . . . 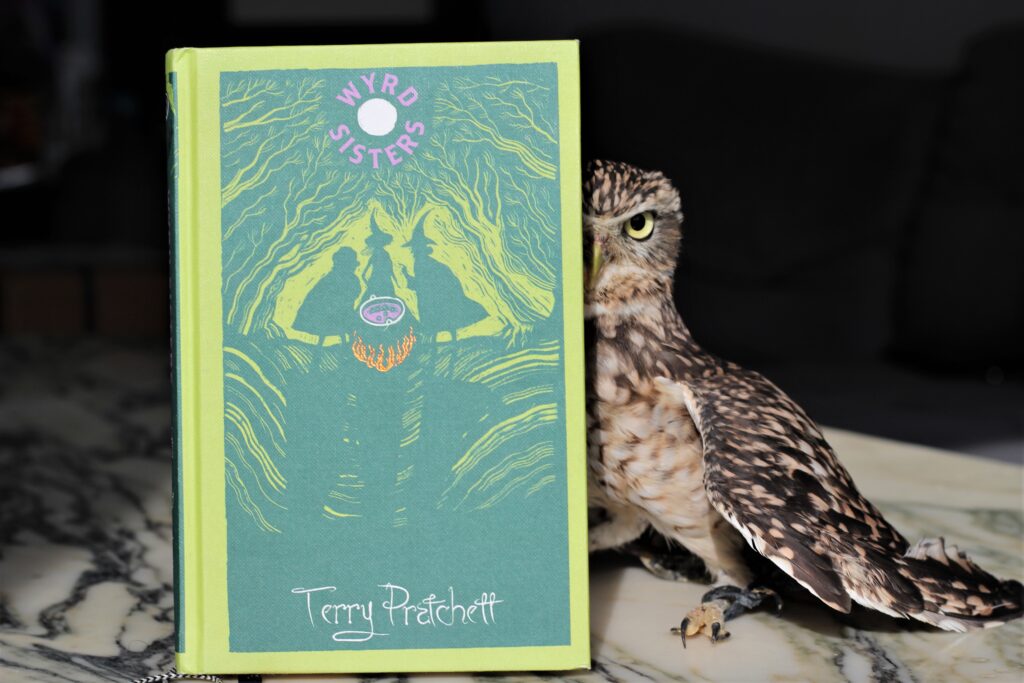 3 thoughts on “The Bookish Owl – Wyrd Sisters by Terry Pratchett”