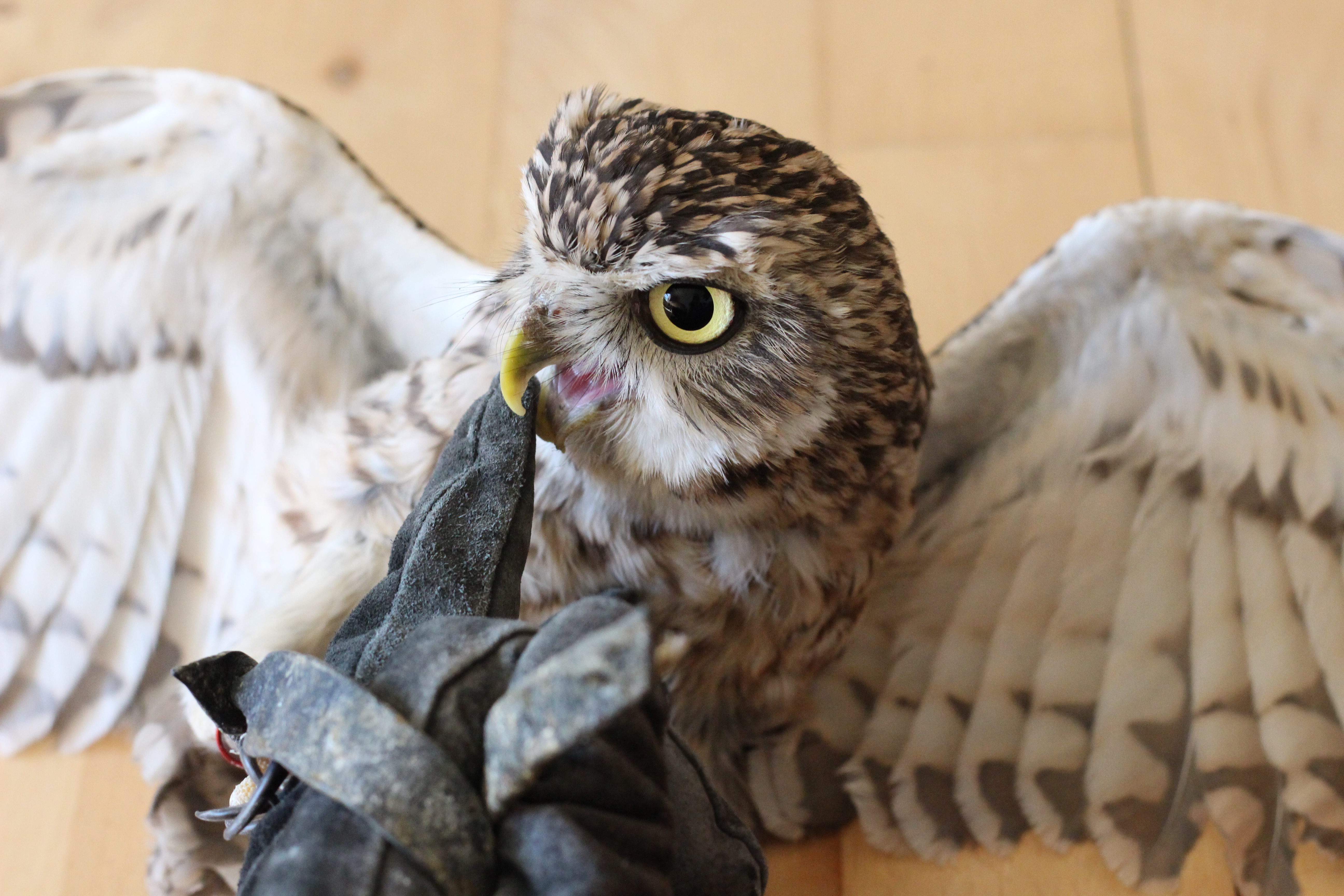 I’m quite good at getting hurt.

Don’t worry, I don’t do it on purpose!

I do all the standard things – stubbing my toes against doors, falling down stairs, slamming drawers shut on my fingers – but mostly people get an answer they didn’t expect when they ask, “What did you do to your hand?” or “Where did you get that bruise?”

Let’s start with the most common cause of injury:

The Dangers of Super Glue

I use a LOT of super glue, so you would think I would have learned something by now, but alas… I still accidentally glue myself to everything. When crafting cosplays or doing other weird hobby projects, I always manage to attach myself to something: Tables, laptops, myself, and a few times even unfortunate con-goers while doing emergency fixes at my author table.

But getting super glue all over your hands is something you get used to. It only stings slightly and burns through a couple layers of skin. And who really needs fingerprints?

Never mind that I have trouble navigating touchscreens for a few days.

Yep, getting super glue on your hands is not a big deal.

Absentmindedly biting your nail before the glue on it is completely dry and getting super glue on your tongue…?

Nooooope. Not a good idea.

As I said, super glue burns. A burned patch on the surface of your tongue feels both unpleasant and weird. 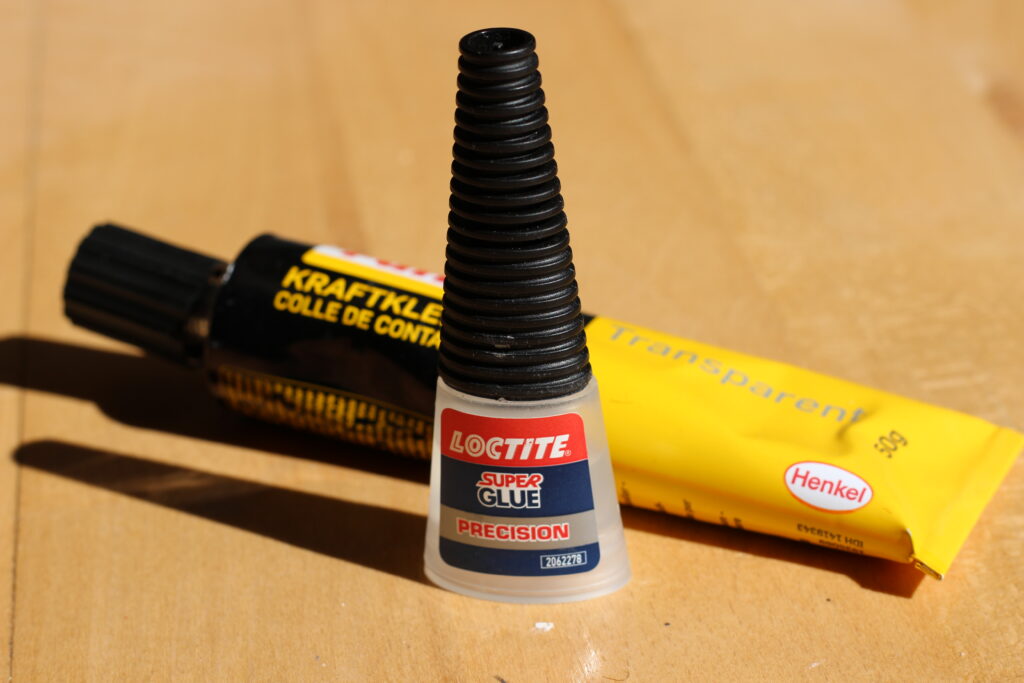 I once sat in a staff meeting, paying absolutely no attention to what was being said, and looked down at my arm before wondering, “Where did that burn mark come from?”

I eventually came to the conclusion that it must have happened when I knocked my heat gun over 3 days earlier and I simply hadn’t noticed.

That’s how often I accidentally burn myself. It just doesn’t register half the time.

As a kid and teenager, I mostly did it by being careless while maintaining the wood stove at my parents’ place or burning myself when taking stuff out of the oven. Lately, however, most of my burns are caused by cosplay. I work a lot with a material called Worbla, which is a kind of thermoplastic, meaning I have to heat it up to use it. The burns I get from handling the material itself are insignificant (like with the super glue, it mostly just burns the fingertips and they’re kind of numb by this point), but as shown with the example above, the heat gun can be rather dangerous. The top of it remains searing hot for a long time, so it’s very important to put it somewhere you won’t accidentally bump into it.

I also recently experimented with a variation of Worbla called Crystal Art. I literally wrote instructions for a webshop selling this stuff, instructions that focus on how Crystal Art’s melting point is a lot higher than ordinary Worbla, and as such SHOULDN’T BE HANDLED WITHOUT GLOVES.

…Guess who heated up a big lump and then just stuck her whole thumb into it?

And that’s how I ended up running around with a bag of frozen kebab wrapped around my thumb for a few hours that day. 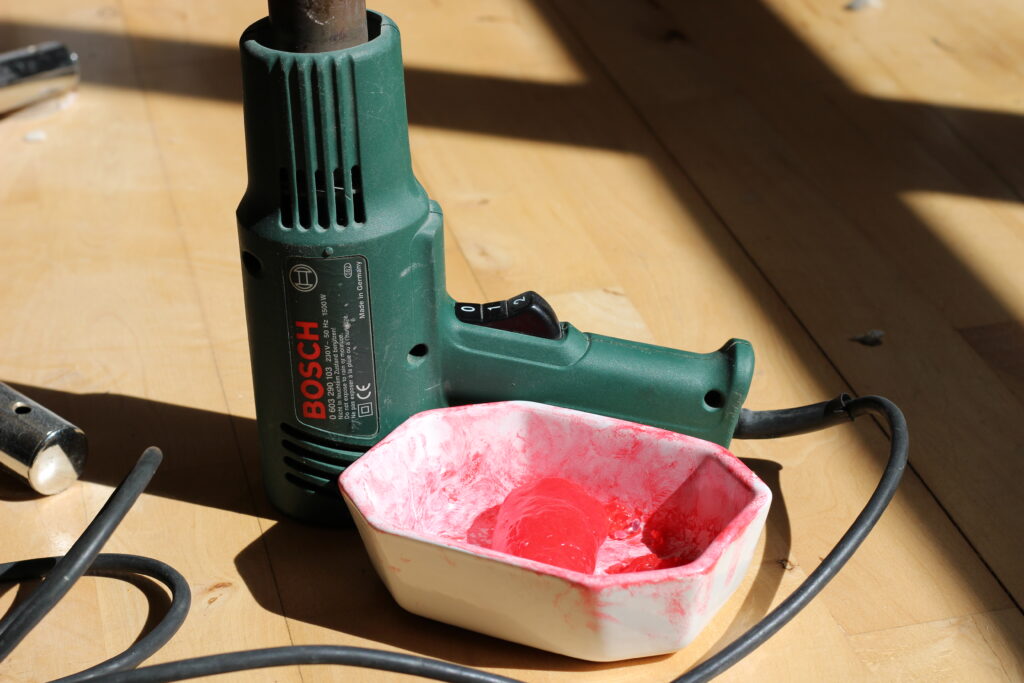 As you can tell, I really wouldn’t get injured all that much if I wasn’t a geek. Cosplay is a dangerous hobby, and not just in the crafting phase. I have lost count of how many times I have stabbed myself (and others, but who cares about them?) with a spiky pauldron or helmet. Once, I accidentally hit myself in the head with a prop Gorehowl I nicked from a friend (and I hope he doesn’t read this blog, because he would never let me live it down).

Lately, I also returned to doing a bit of LARP’ing when I went to Witcher School in Poland. They taught us fencing and archery, let us throw around sharp axes, taught us how to make fire with a knife and steel, and had us fight huge monsters, so honestly it’s amazing that I didn’t lose a leg or set my hair on fire. I even only got ONE bruise and that was not my fault, as I got tackled by a striga.

Which just makes it more embarrassing how much I have injured myself with the wolf medallion they gave me… Turns out that if you’re lying on your couch, playing around with a spiky medallion made of pure metal and then drops it on your collarbone… It hurts. I also discovered I was getting bruised along my ribs from where the medallion was bouncing against my body through thin t-shirts while wearing it all day. 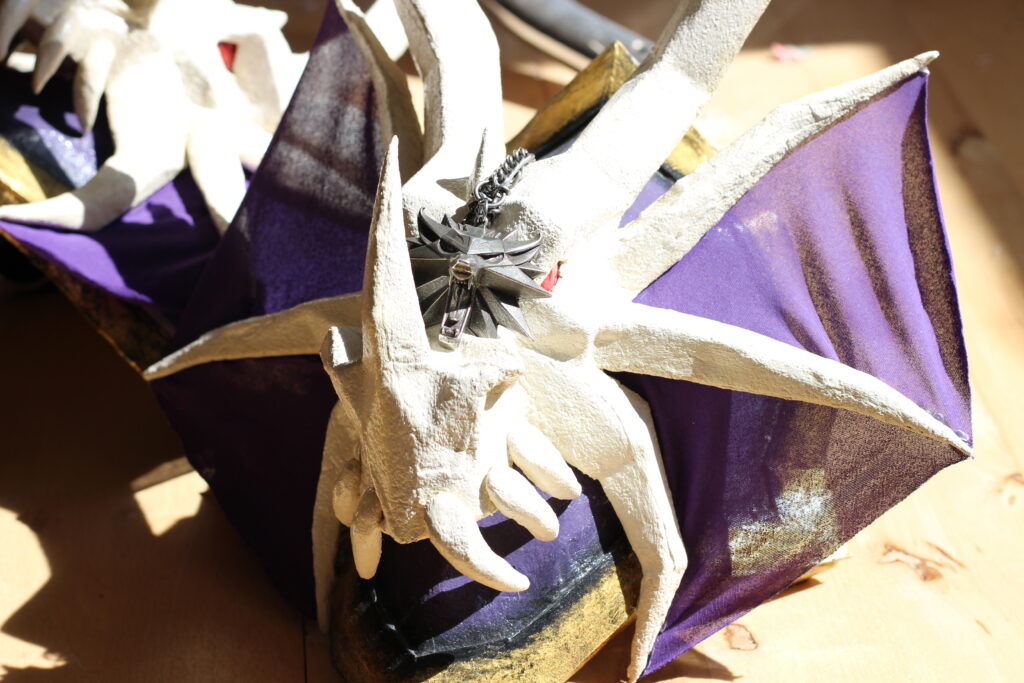 And Then, Of Course… the Owl

It wouldn’t be a true Louringnese blog post if it bore no mention of Artemis, the Feathery Terror.

This tiny owl usually only bites me (when out in the public, he’s the perfect gentleman), but he can do an impressive amount of damage if you let him get his beak into the skin between your thumb and index finger.

There have also been a few cases of poor navigation, and there’s really no way to prepare yourself for an owl suddenly colliding with your face. 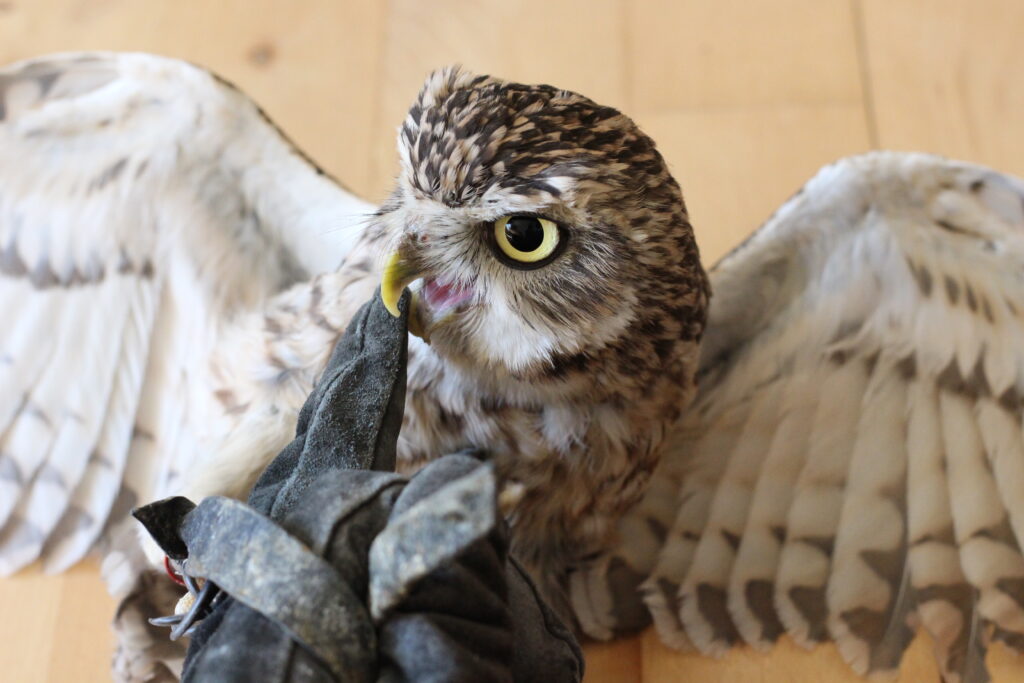 I don’t know why I just did a whole post about how accident-prone I am. Maybe I should do a post about something I’m good at?

I’ll let you know when I figure out what that is.

8 thoughts on “Weird Ways I Injure Myself”