Well, here he is! The reason why several people are stalking me on social media.

Artemis the Burrowing Owl, First of His Name, Bringer of Insomnia and Slightly Injured Fingers…
…referred to simply as “the Beast” when in a rush. 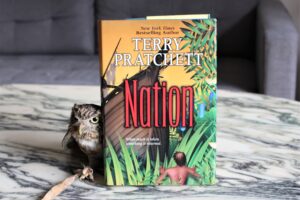 We're back with a familiar author on this blog, seeing as today's book is Nation by Terry Pratchett. I'll admit that this book wasn't quite what I expected. I felt like reading something funny, so of course I went with a Pratchett book, but 'Nation' starts out with the main ...
Read More 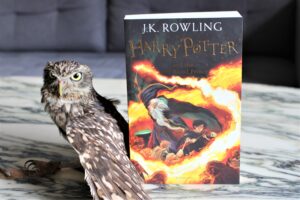 The Bookish Owl – Harry Potter and the Half-Blood Prince by J. K. Rowling

Hoot, hoot! All aboard for Harry Potter and the Half-Blood Prince by J. K. Rowling! I might be a little sleep-deprived... But I must say I enjoyed rereading the Harry Potter books as an adult. Like most readers my age, these books were a huge part of my childhood and ...
Read More 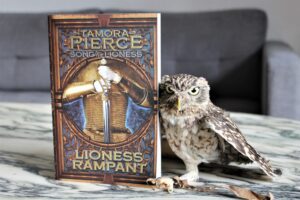 Today's book is Lioness Rampant by Tamora Pierce. This is the last book in the Song of the Lioness Quartet, and honestly, I found it a little disappointing. There was so much potential in the plot with Duke Roger and his schemes, but so little of the book was dedicated ...
Read More 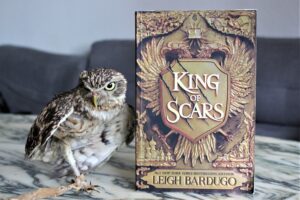 The Bookish Owl – King of Scars by Leigh Bardugo

Another day, another pretty book: King of Scars by Leigh Bardugo. This book is part of the Grishaverse, of which I thoroughly enjoyed the original trilogy. 'King of Scars' focuses on some of the supporting characters from the Shadow and Bone trilogy and it was really interesting to get a ...
Read More 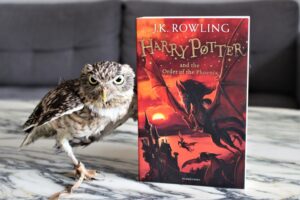 The Bookish Owl – Harry Potter and the Order of the Phoenix by J. K. Rowling

We're back in owl territory with Harry Potter and the Order of the Phoenix by J. K. Rowling. Of course every book is owl territory when I'm involved, but I have to say something in these posts, right? By the way, this is not the book to be reading after ...
Read More 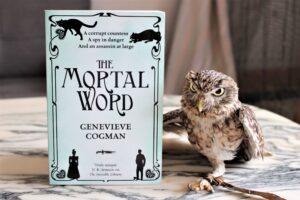 The Bookish Owl – The Mortal Word by Genevieve Cogman

Cower, mortals, before The Mortal Word by Genevieve Cogman! (I'm running out of ideas for intros...) I was getting a little tired of this series by the time I reached this book, but it exceeded my expectations and I enjoyed it. This could be because the overall plot was similar ...
Read More 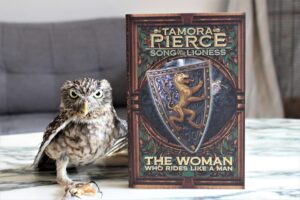 Exactly what it says on the tin: The Woman Who Rides Like a Man by Tamora Pierce. I didn't like this one as much as the two previous books in the series, but it was a nice short read and it had its bright spots. Jonathan is being a total ...
Read More 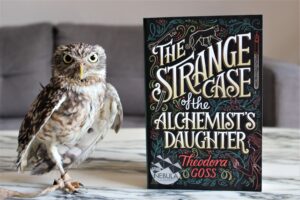 In case you can't read the super long headline that my SEO software is complaining about, this book post is about The Strange Case of the Alchemist's Daughter by Theodora Goss. I picked this up in a desperate attempt to pad my rapidly dwindling pile of unread books, but it ...
Read More 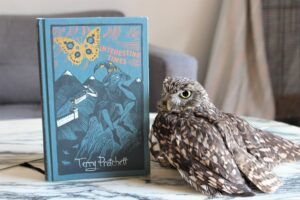 We live in interesting times, so I believe the timing is right for Interesting Times by Terry Pratchett. This is the first Bookish Owl photo taken after Artemis's operation, but I think he's shy, because he won't be showing off his new flamingo stance until the next one. But I ...
Read More 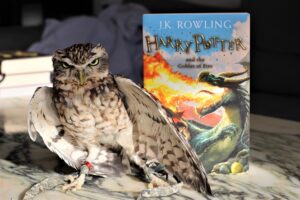 The Bookish Owl – Harry Potter and the Goblet of Fire by J. K. Rowling

Let's give it up for Harry Potter and the Goblet of Fire by J. K. Rowling! We have now reached the end of my backlog of owl photos and ironically, it seems like Artemis is showing off the leg he doesn't have anymore in this one. Thankfully he's recovering well ...
Read More