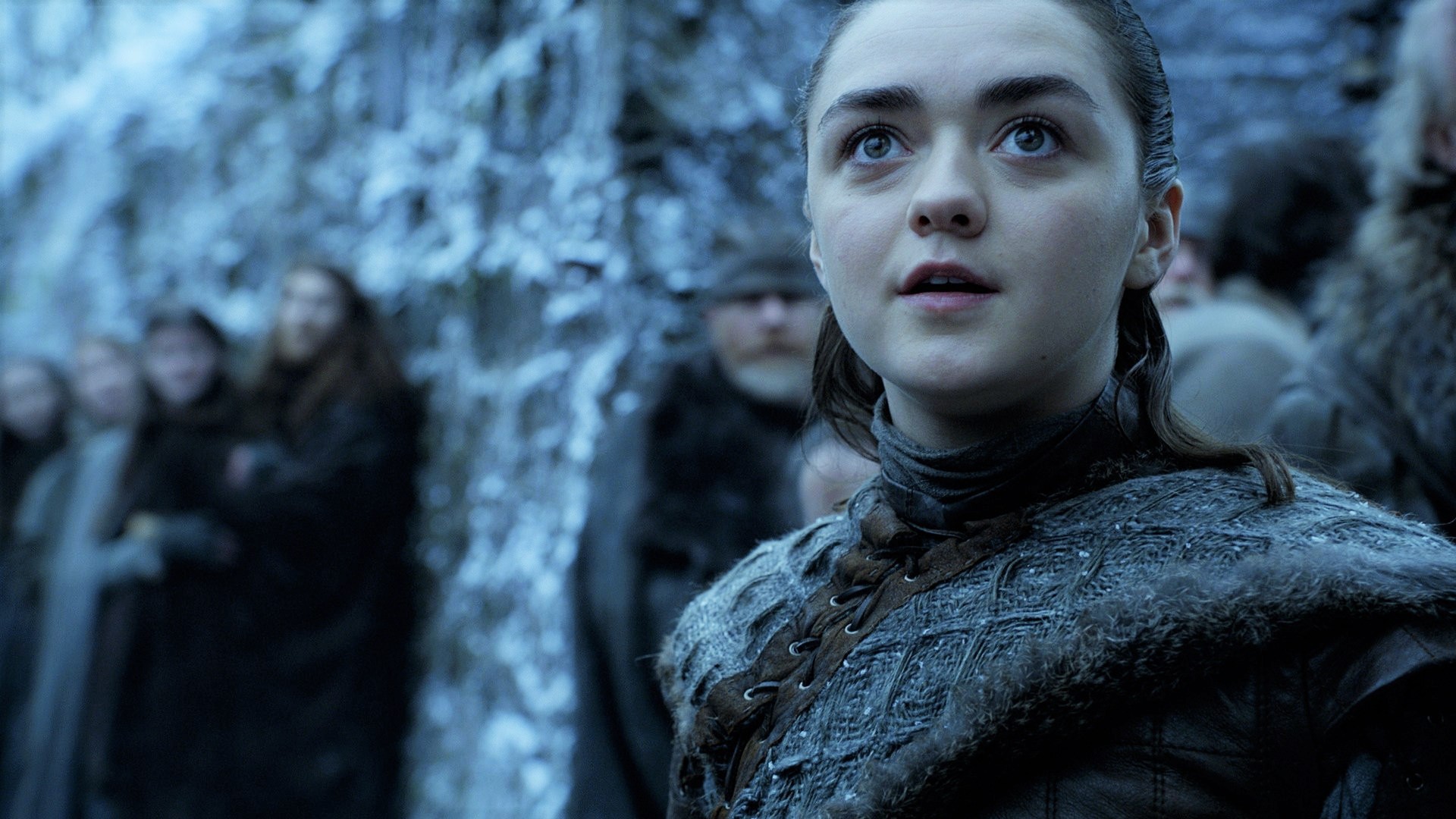 Okay, I have a lot of stuff to say about Winterfell, the new episode of Game of Thrones, and I’m not enough of an asshole to do it on social media where spoilers can creep up on people.

So I’m gonna do it here where I can warn people properly.

Which means I’m just going to be rambling for a bit, to make sure the spoilery bits don’t end up in various post previews.

I think I have given people enough time to flee now, right?

Stop Thinking With Your Dick, Jon!

Seriously, Daenerys is acting like an entitled bitch from minute 1, all spiteful because the Northerners don’t immediately fall at her feet, yet Jon thinks SANSA is the one being unreasonable? Sure, Daenerys’s beautiful and willing to sleep with you, Zombie Boy, but Sansa has some very real concerns about not being able to feed her army and her dragons. Also, the “my dragon eats whatever they want”-comment was a not-even-slightly-disguised threat.

Get it together, Jon!

(Also, I loved the character development for both Sansa and Arya expressed in Arya’s comment, “She’s the smartest person I know.”)

Not really a lot to add here, but I just loved how calmly Qyburn commented on one of Bronn’s whores having pox.

And the following conversation created a fantastic ‘Dun, dun, duuuuun’-moment, as I honestly can’t tell what choice Bronn will make…

Yara is Still a Badass

As cool as Theon’s rescue was up until that moment, I would probably still have headbutted him if I had been in Yara’s place.

She also gets one of the best, in my humble opinion, quotes of the episode:

“What is dead may never die. But kill the bastards, anyway.”

Is No One Going to Talk About How These Aren’t Dragons…?

Everyone keeps going on and on about Targaryens and their dragons, but all I could think about during the ‘Jon’s a Horrible Driver’-scene was how these are wyverns, not dragons.

Yes yes, I know I’m being that person, and an incorrigible geek on top of it, but I wish that one, just one, person had pointed out to the design team prior to production that dragons have four legs, not two.

Of course, it doesn’t make it any less awkward just because it’s two wyverns watching you have sex with their “mother”…

I Will Never Not Love Arya and the Hound

“First I robbed you.”

Let’s be honest, all the Arya reunion scenes were the best thing about the episode, but Arya and the Hound bitching at each other never gets old.

The meeting between Sam and Daenerys started so well… and stayed that way for all of 30 seconds.

Good on you, Sam. First time meeting a queen and YOU weren’t the one making it awkward!

(See, this is why people don’t like you, Dany!)

Not sure which was the worst cliffhanger… The symbol made out of severed limbs (that was totally the Targaryen insignia, right? Right?!) on fire, or Jaime locking eyes with Bran in his wheelchair. 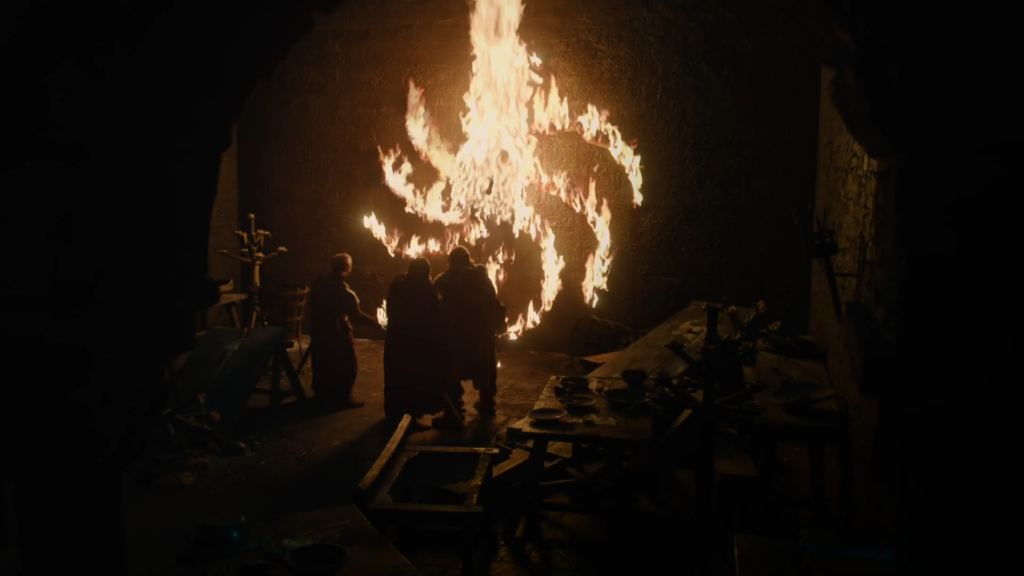 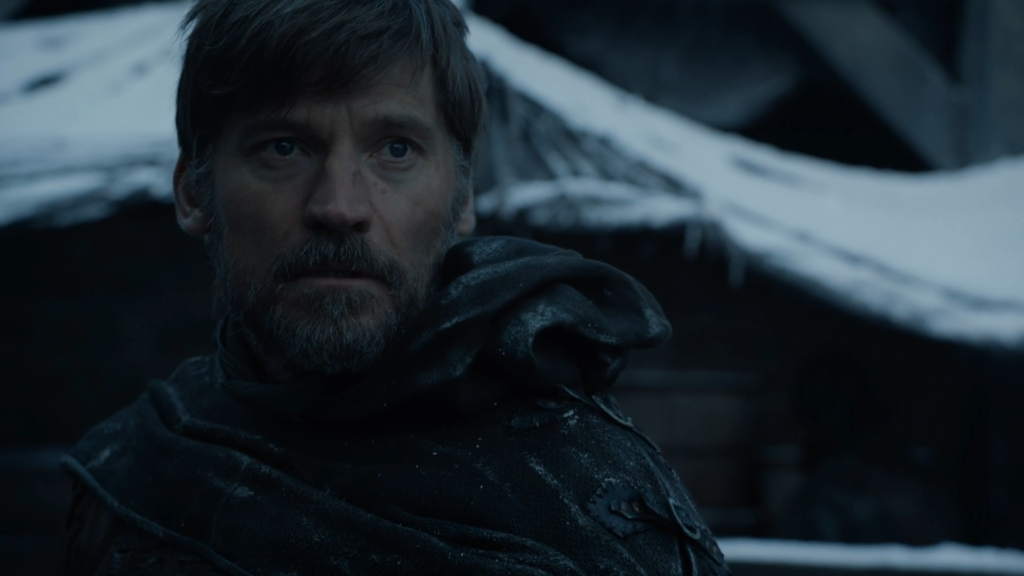 So yeah, these were the thoughts burning on my mind during the first episode of Game of Thrones Season 8.
What about you guys?

22 thoughts on “Spoilers, Beware! – My Thoughts on the Game of Thrones Season 8 Premiere”