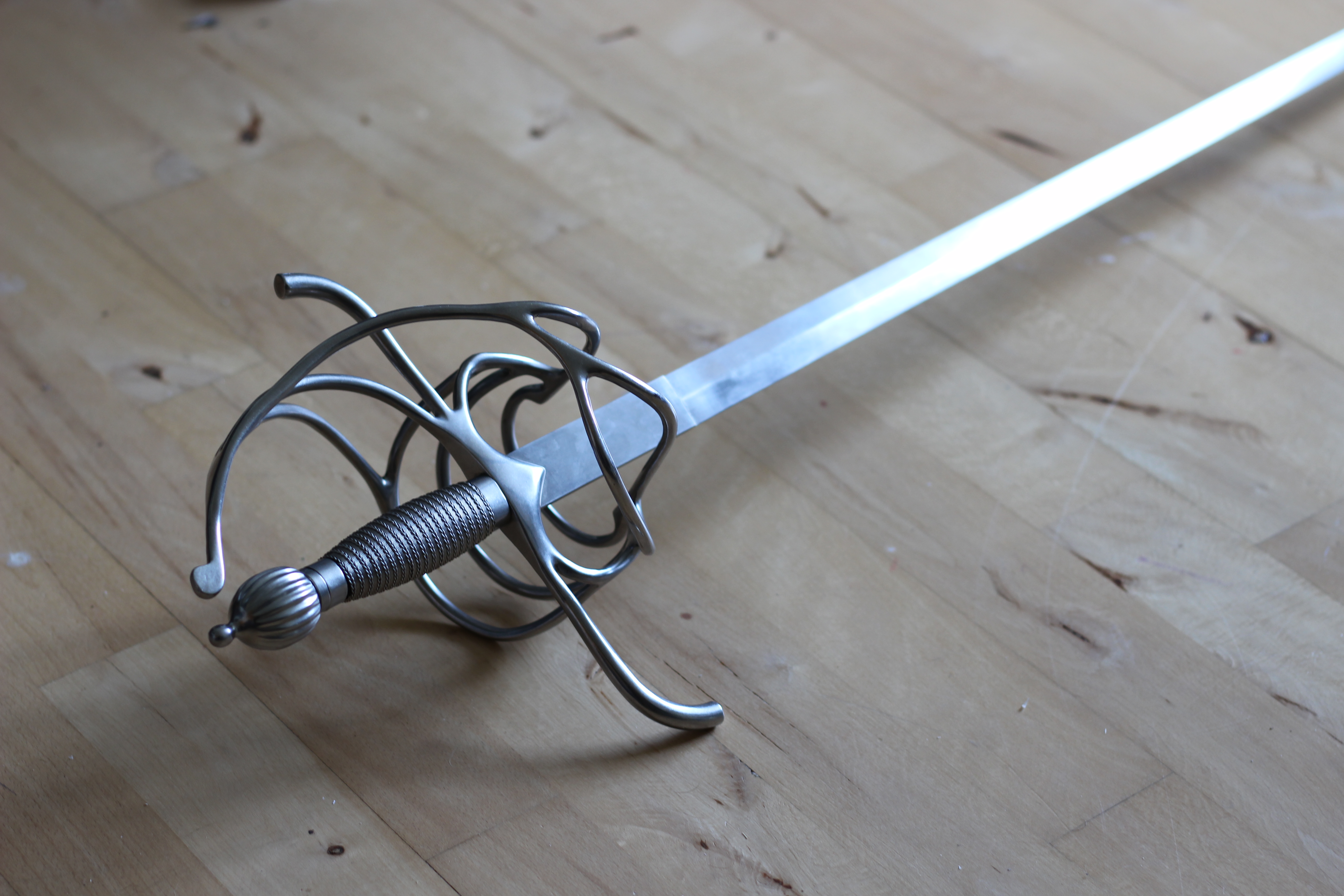 Despite the headline, I am not actually looking for more work. But something happened yesterday that meant I had to tell you all about my current freelance project:

I got sword in the mail! 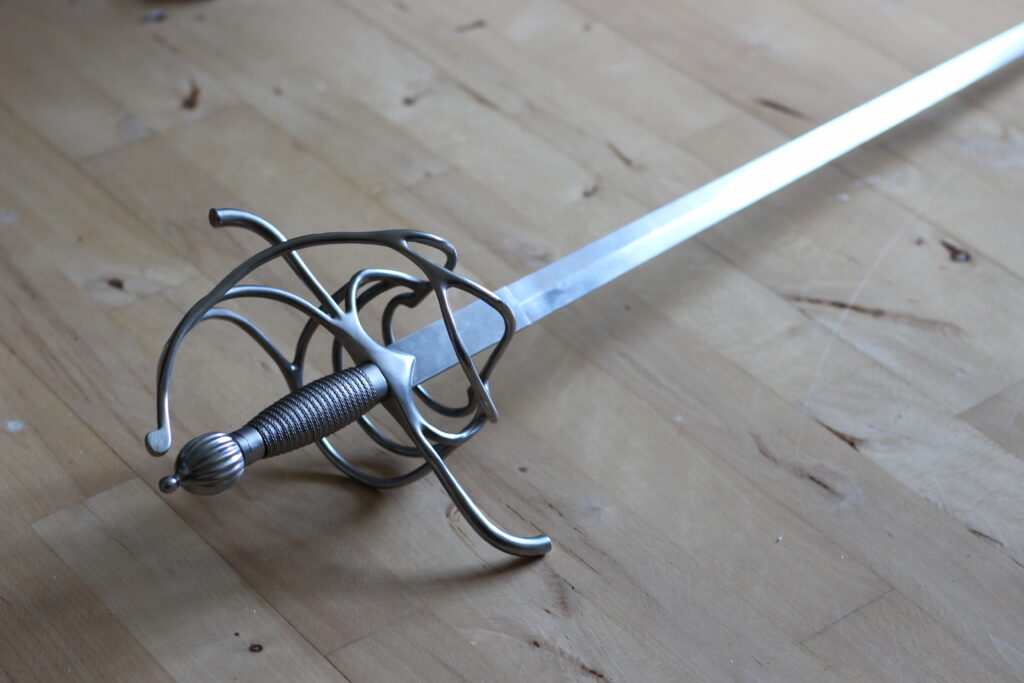 Don’t worry, I asked for a blunt one. We all know I can’t be trusted with a sharp one…

Now, to understand why people are sending me weaponry in the mail, I need to tell you a little story about something that happened last summer.

As I wrote about recently, I’m a big fan of renaissance fairs. Last year, as I do every year, I went to the biggest one in Denmark, Horsens Medieval Festival, with a few friends. Obviously, considering the kind of people I hang out with, we all got ridiculously excited about a stall where they sold all kinds of swords and daggers. I’m not sure how long we spent there, but I think there was drool on half the swords by the time we forced ourselves to move on.

Especially a beautiful rapier caught the attention of myself and one of my friend. I was seriously considering buying it. But at the same time my inner Responsible Adult was trying to convince me not to spent so much money on something I did not need.

(The rest of me was very much convinced that I did need it.)

I decided to give myself some more thinking time and asked the stall owner if he had a store where he sold his swords outside of markets. While he did, unfortunately it was on the other side of the country. So instead I asked him if he had a website.

And that’s where the poor guy made a mistake.

Slightly embarrassed, he confirmed that he had a website, but that it wasn’t a very good one.

I didn’t even think before blurting out, “Give me a sword and I’ll make you a better one.”

Less than 2 months before this, I had made myself promise not to take on any more freelance projects for a while, but I was rather mesmerized by all the pretty blades. I hadn’t actually expected him to agree.

We discussed it a bit back and forth, and he told me to contact him after the fair.

But there’s still more to this story.

Obviously, I mentioned this episode jokingly on Facebook, but I honestly thought this guy was just humoring the crazy chick rambling about websites, and not really serious about the project. So in the end I decided not to contact him.

Fast forward about a month.

I get a PM on Facebook from an acquaintance I don’t even know all that well. She told me she had been contacted by Den Sorte Ridder (the company with the swords) and asked about the website project.

Obviously I was confused.

Turns out the guy from DSR had confused me with another brunette he had talked to during the fair and this woman had given him a business card. By some crazy coincidence, this woman was friends with me on Facebook, because we had met at a cosplay convention years ago, and she remembered seeing my post from a while ago about offering strangers to make websites for swords.

After the confusion was cleared up, I gave her my email address so she could pass it on to DSR.

I heard nothing for a few months, so I once again dismissed the project. But lo and behold, in the end I was contacted by the guy I had talked to at the fair. We started talking details and I offered to make him a website for a sword and a webshop if he threw in another one on top. Told him it would be nice to have a sword for each hand.

He was the one who asked if I didn’t want a third one to hang in my belt. Clearly this man understands the value of bribery.

By now I have agreed to include far more features than I planned to.

The planning phase took waaaay longer than it should have (this entire story began in August of last year) because of various delays, but a few weeks ago I put my foot down and got the go-ahead to start work.

Which brings us back to the cause of this post.

I asked for a third of my payment (in this case, 1 sword) upfront and the rest once the website is done. And this is why I now have the gorgeous rapier I was gushing over nearly a year ago. 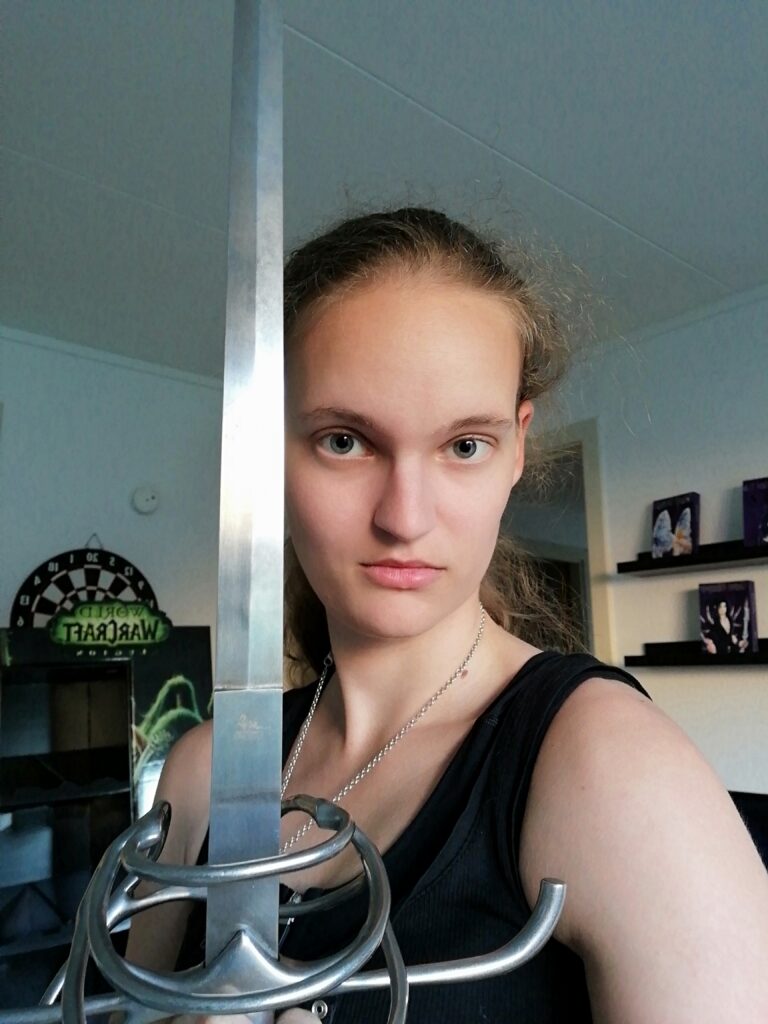 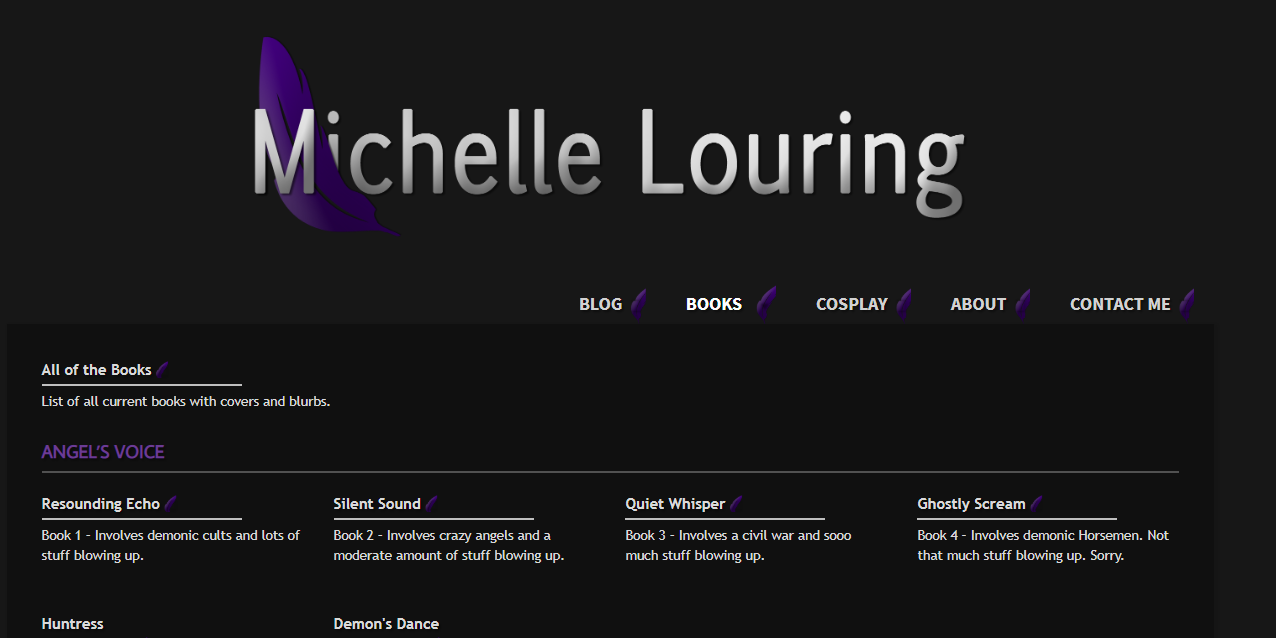 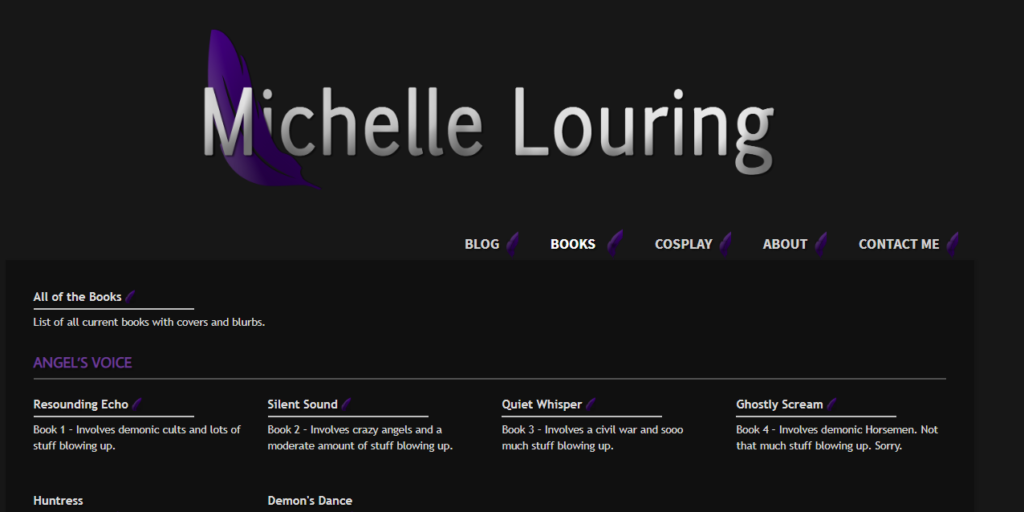 After being slightly embarrassed about my old website for years – to the point where I rarely even bothered to update it because I didn’t want to be reminded of it – I finally got off my ass and made an entirely new site. And it’s looking damn good, don’t you think?

Making a new site does, of course, have something to do with me having a lot of big announcements in the near future and I needed a good place to display them all. There will be lots of pretties, so be sure to check in later!

But to get back to the site: It’s still in its early stages and I’m planning on adding content and making a lot of improvements to the design. But if everything goes according to plan, I might actually be a web designer who remembers to keep her personal site updated!

(Some of the old blog posts imported in weird ways, so just ignore odd formatting and misplaced images if you come across them…)

I’m open to suggestions for both content and design! Do you have any ideas for stuff I should post on the blog? Any subpages with info I should be adding? Or maybe you found a hundred and seven bugs in the layout that I have missed (it happens a lot…)?