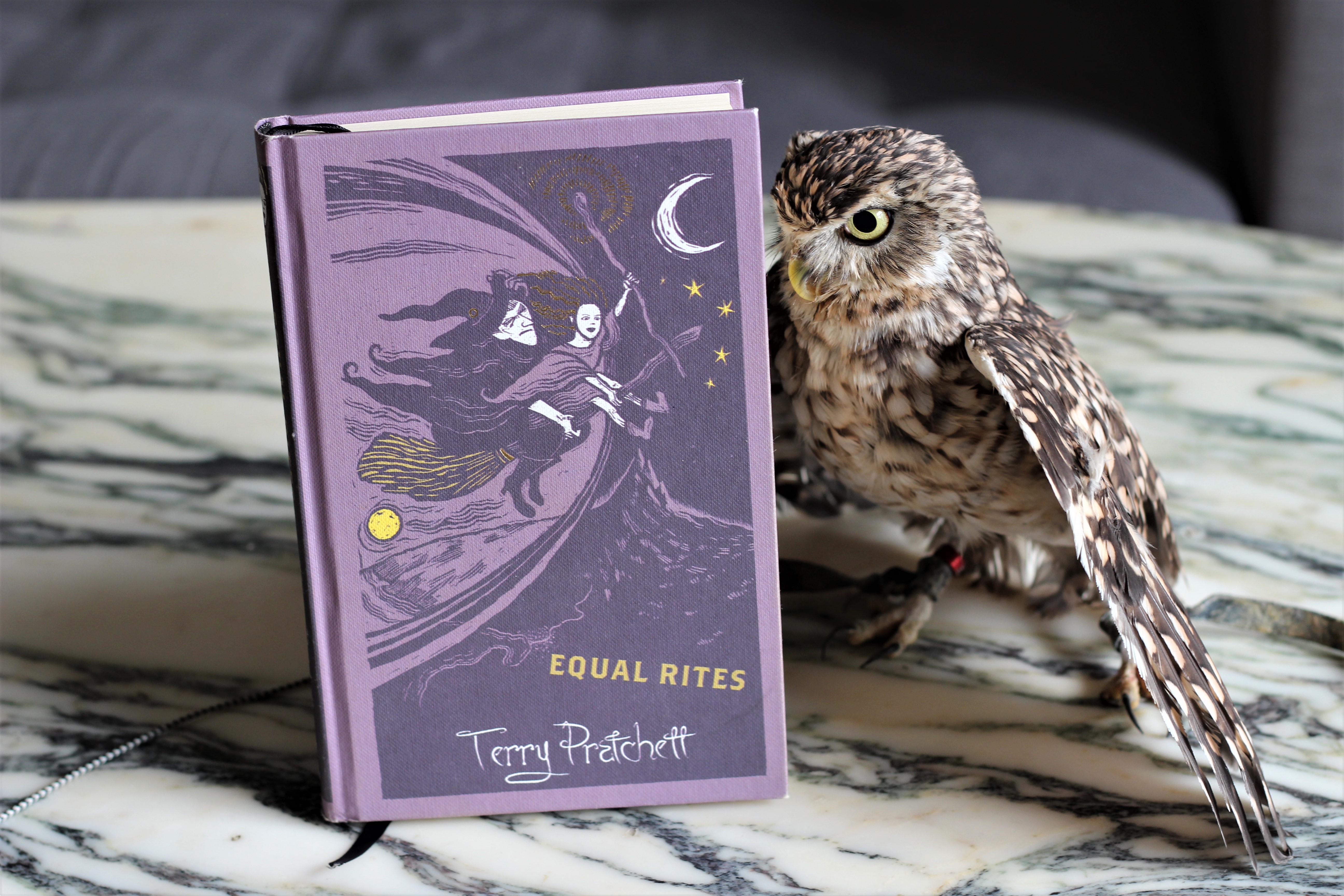 Here we go with Equal Rites by Terry Pratchett.

This was another Discworld reread (surprise, surprise). This one is about witches, wizards, gender roles, and of course, horrible monsters from another dimension.

It also has Granny Weatherwax, who, in the eyes of the wizards of Unseen University, might very well be both a witch and a horrible monster from another dimension.

I want to be Granny Weatherwax when I grow up.

On Discworld, a dying wizard tries to pass on his powers to an eighth son of an eighth son, who is just at that moment being born. The fact that the son is actually a daughter is discovered just a little too late. The town witch insists on turning the baby into a perfectly normal witch, thus mending the magical damage of the wizard’s mistake. But now the young girl will be forced to penetrate the inner sanctum of the Unseen University–and attempt to save the world with one well-placed kick in some enchanted shins! 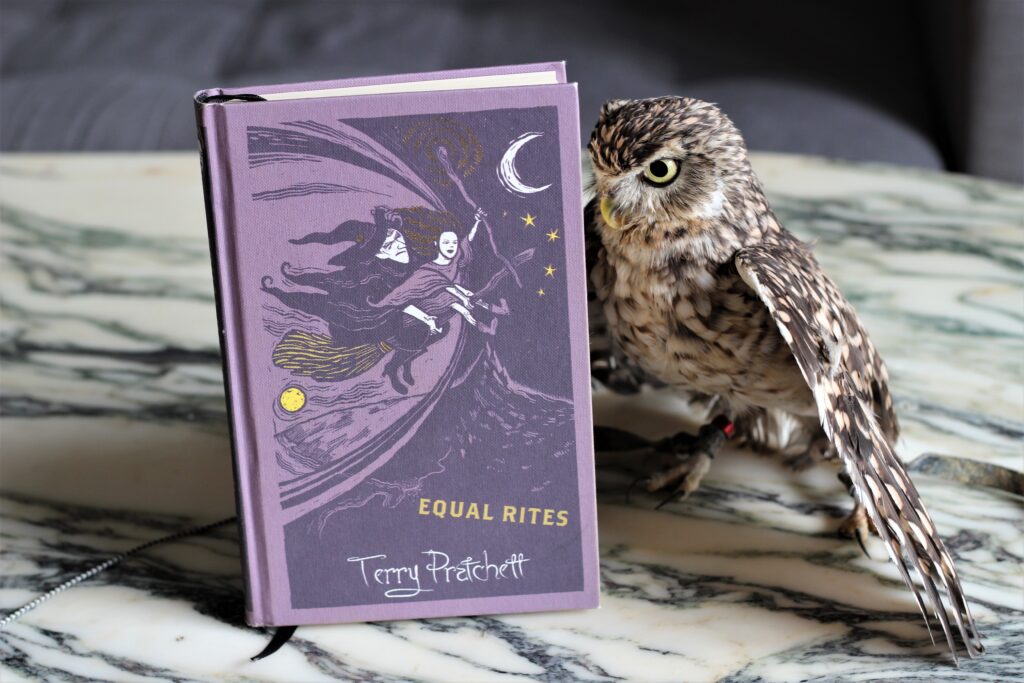 2 thoughts on “The Bookish Owl – Equal Rites by Terry Pratchett”