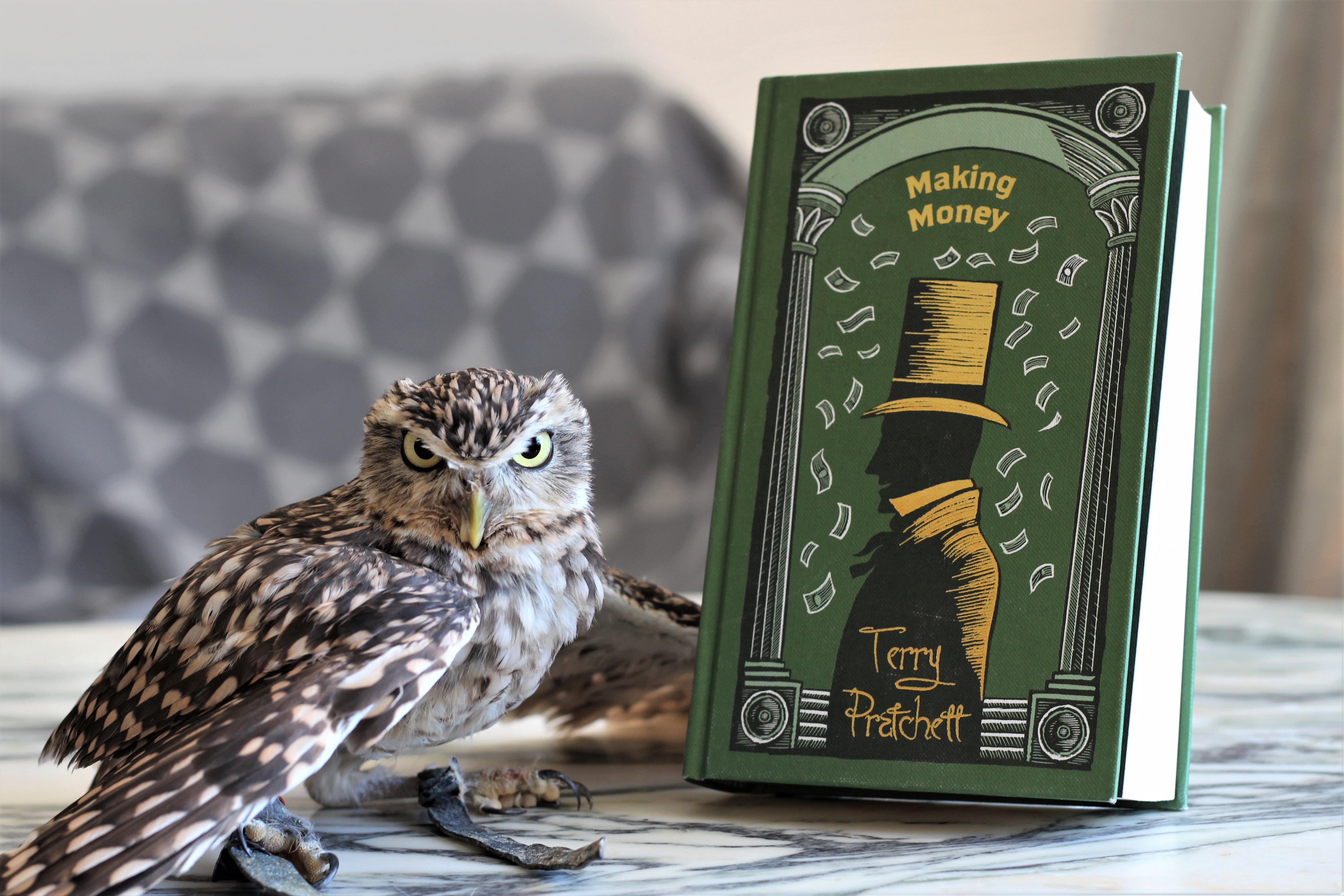 Next on the reading list is Making Money by Terry Pratchett.

I’m rapidly nearing the end of Discworld, but at least I know I’ll have to slow down soon, as the last couple of books won’t be released in the Collector’s Edition until November. Guess that’ll give me an excuse to reread some of my favorites!

‘Making Money’ is the 36th (did Pratchett ever stop writing…?) Discworld book overall and the second with Moist von Lipwig as the protagonist. I really enjoyed ‘Going Postal‘ and, after reading the first 50 pages, this one seems to follow the same scenario: Vetinari making not-so-subtle threats, Moist getting a new job, and then everything going haywire.

Amazingly, former arch-swindler-turned-Postmaster General Moist von Lipwig has somehow managed to get the woefully inefficient Ankh-Morpork Post Office running like . . . well, not like a government office at all. Now the supreme despot Lord Vetinari is asking Moist if he’d like to make some real money. Vetinari wants Moist to resuscitate the venerable Royal Mint—so that perhaps it will no longer cost considerably more than a penny to make a penny.

Moist doesn’t want the job. However, a request from Ankh-Morpork’s current ruling tyrant isn’t a “request” per se, more like a “once-in-a-lifetime-offer-you-can-certainly-refuse-if-you-feel-you’ve-lived-quite-long-enough.” So Moist will just have to learn to deal with elderly Royal Bank chairman Topsy (née Turvy) Lavish and her two loaded crossbows, a face-lapping Mint manager, and a chief clerk who’s probably a vampire. But he’ll soon be making lethal enemies as well as money, especially if he can’t figure out where all the gold has gone. 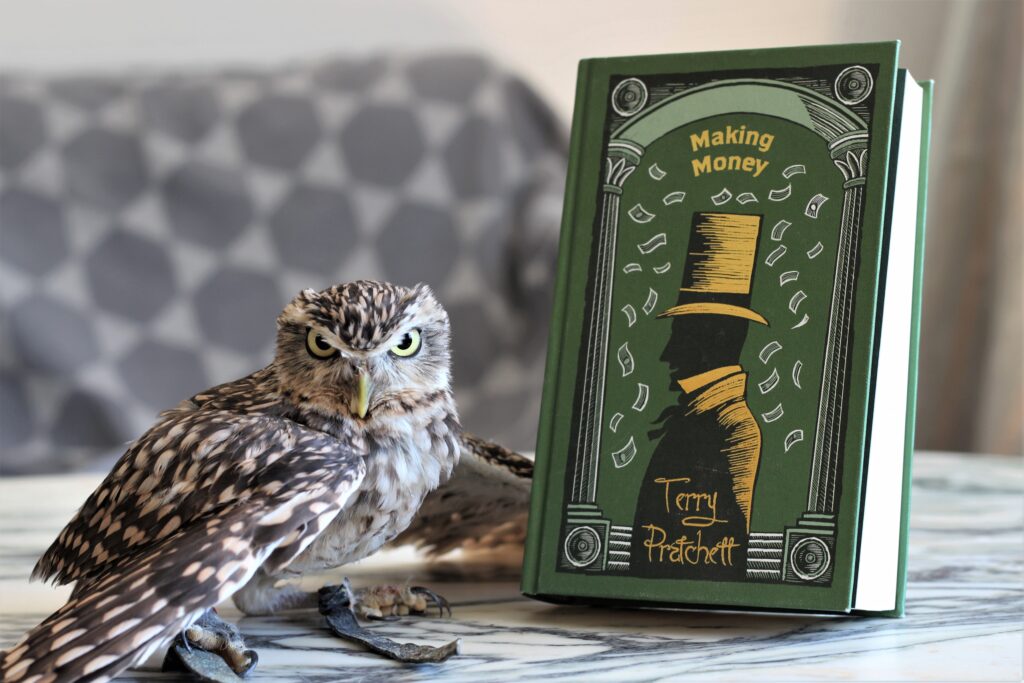 13 thoughts on “The Bookish Owl – Making Money by Terry Pratchett”