I will finally be reading Snuff by Terry Pratchett!

I have waited soooo long to read the last few Discworld books, because I wanted them in the new Collector’s Edition, and now they’re finally here! And they’re pretty, and shiny – and now I need to come up with an excuse to cancel all my plans in the near future.

No, I’m not excited or anything.

And I’m not getting an existential crisis at the thought that this will be the last time I read a City Watch book for the first time. Don’t be ridiculous.

That “The Watch” BBC series better be as good as the Good Omens adaption, or all of you will have to deal with my Vimes withdrawals.

According to the writer of the best-selling crime novel ever to have been published in the city of Ankh-Morpork, it is a truth universally acknowledged that a policeman taking a holiday would barely have had time to open his suitcase before he finds his first corpse.

And Commander Sam Vimes of the Ankh-Morpork City Watch is on holiday in the pleasant and innocent countryside, but not for him a mere body in the wardrobe. There are many, many bodies and an ancient crime more terrible than murder.

They say that in the end all sins are forgiven.

But not quite all… 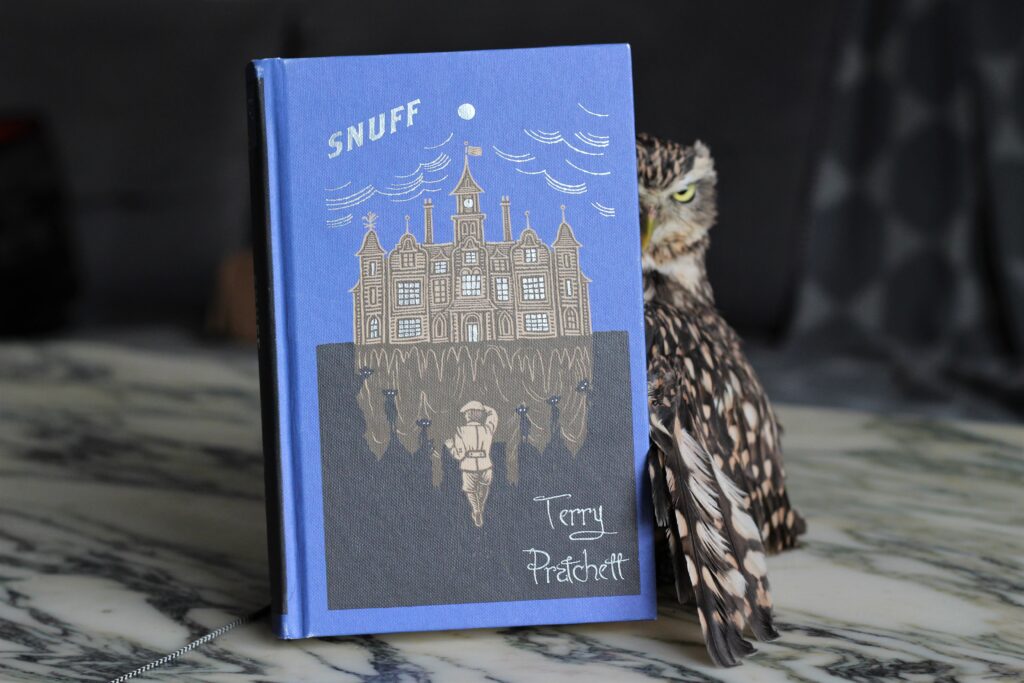 One thought on “The Bookish Owl – Snuff by Terry Pratchett”