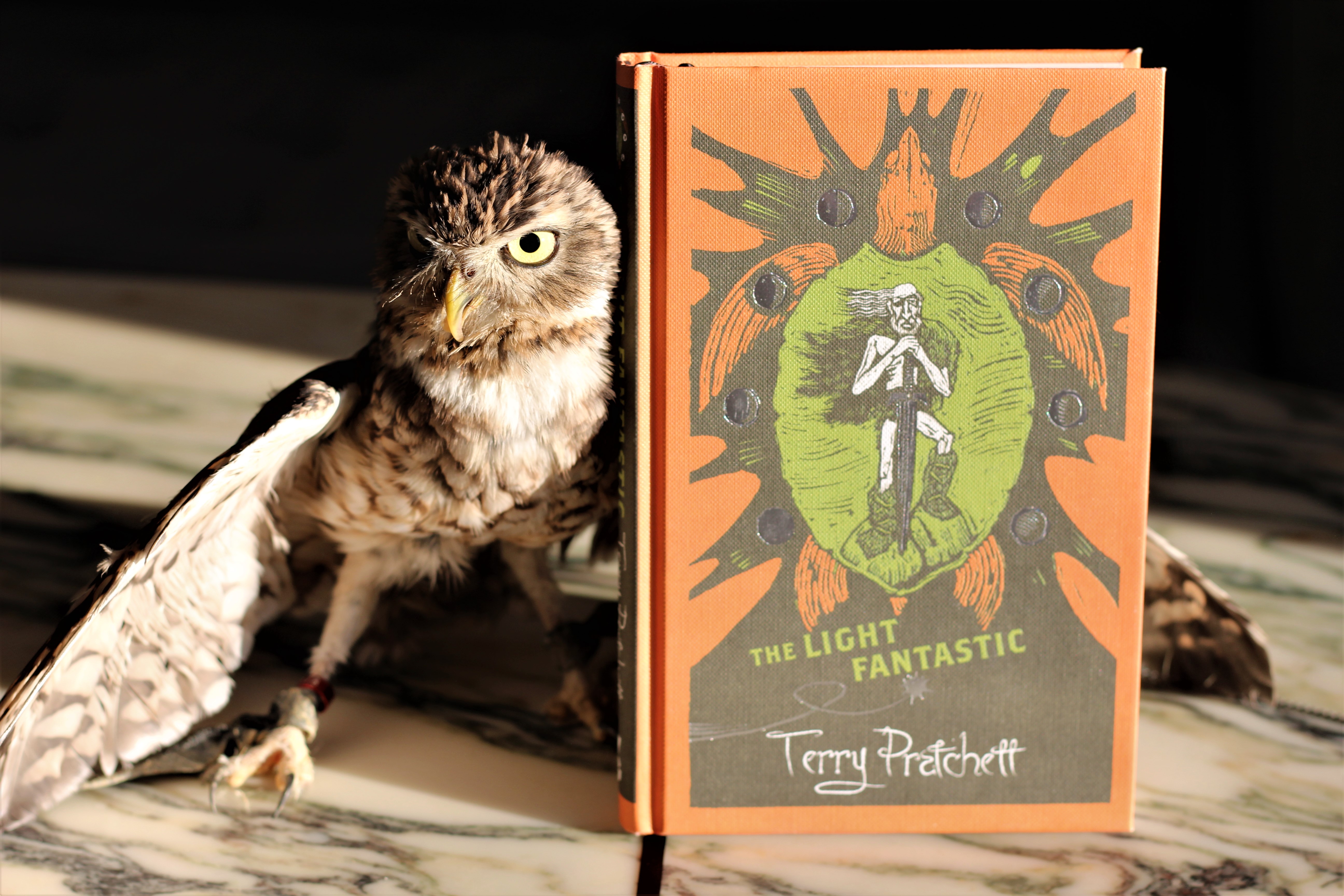 I’m still playing catch-up with these posts. And honestly? I’m not doing well. I’m devouring books at a pace total unheard of for me, so every time I get around to doing a post, I will have read another two books.

This one was another reread. It’s not even purely about being unable to let go of Discworld anymore – I’m reading so much I have to reread some old books, otherwise I’ll run out of books. Imagine the horror!

‘The Light Fantastic’ is the continuation of The Colour of Magic, though it has only slightly more plot than the first book (which doesn’t say a lot), but it introduces Cohen the Barbarian and there’s nothing not to love about an eighty-seven year old barbarian hero with arthritis.

The Light Fantastic
by Terry Pratchett

It is known as the Discworld. It is a flat planet, supported on the backs of four elephants, who in turn stand on the back of the great turtle A’Tuin as it swims majestically through space. And it is quite possibly the funniest place in all of creation…

As it moves towards a seemingly inevitable collision with a malevolent red star, the Discworld has only one possible saviour. Unfortunately, this happens to be the singularly inept and cowardly wizard called Rincewind, who was last seen falling off the edge of the world. 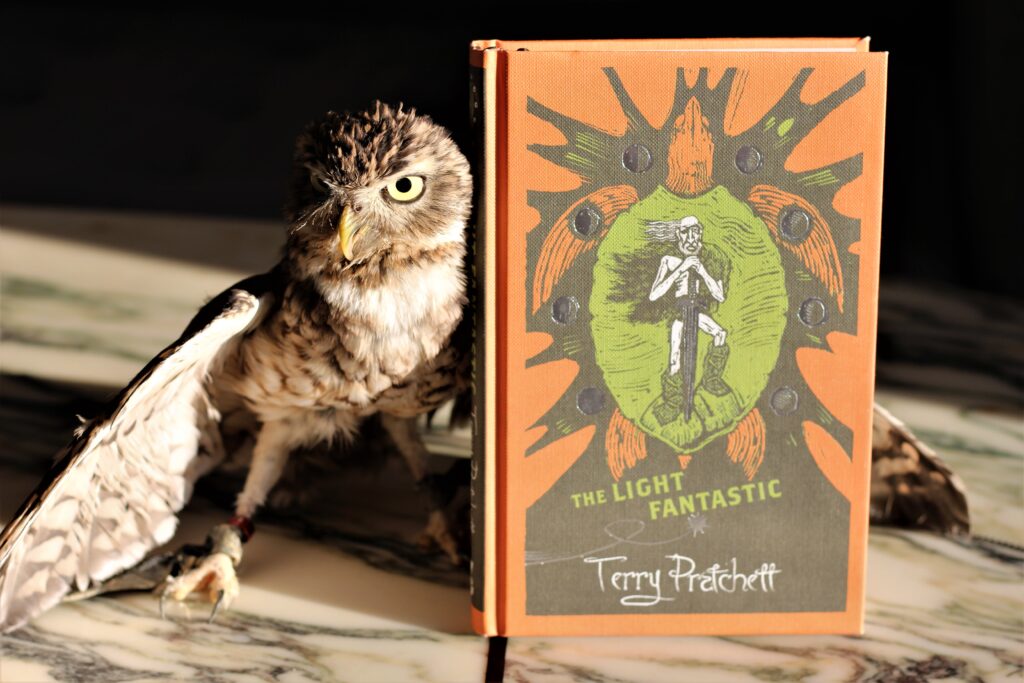