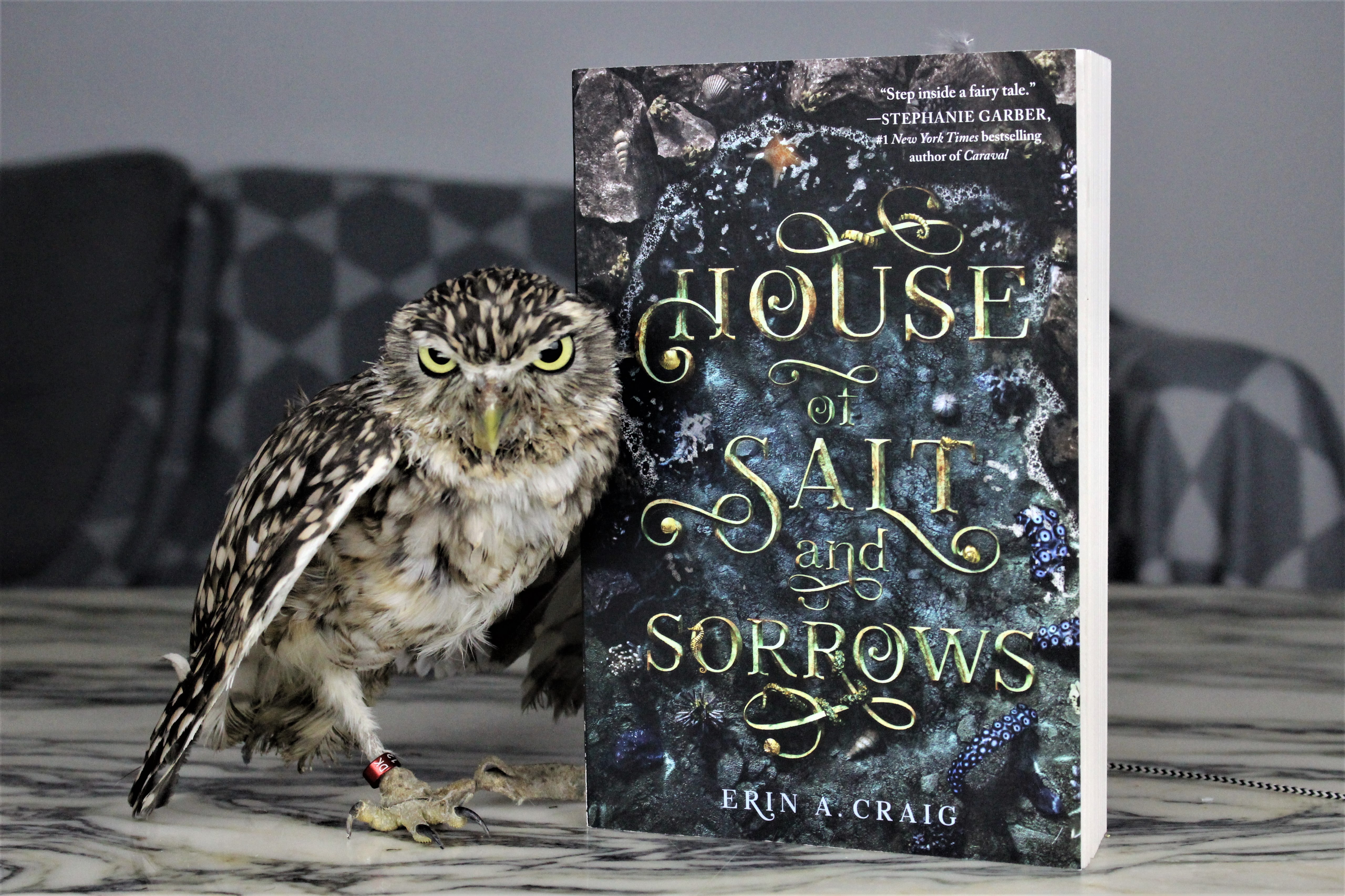 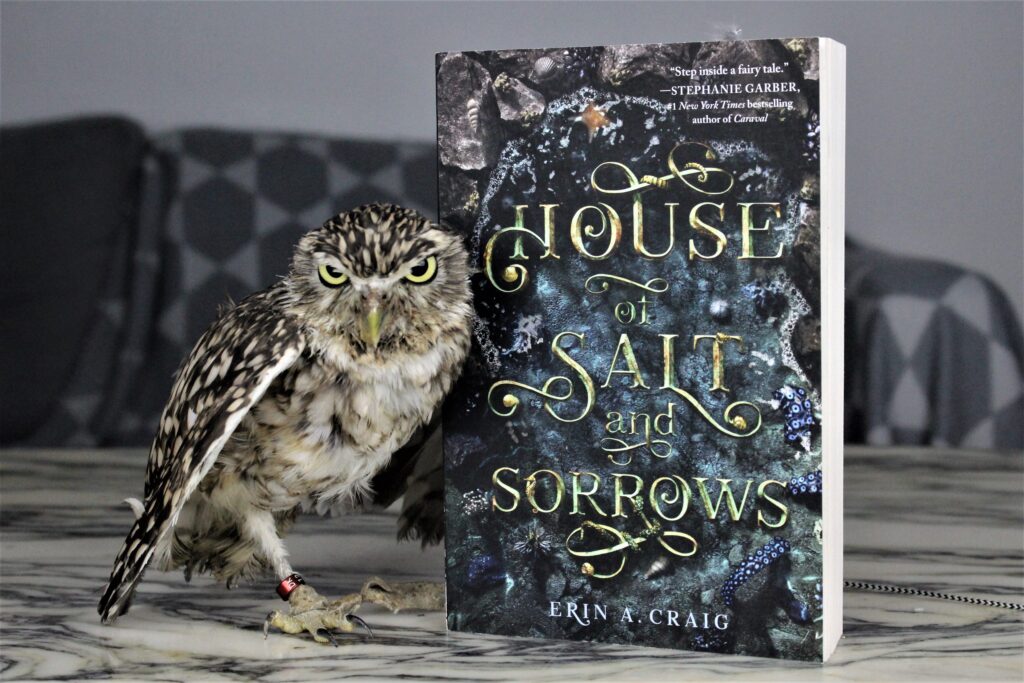 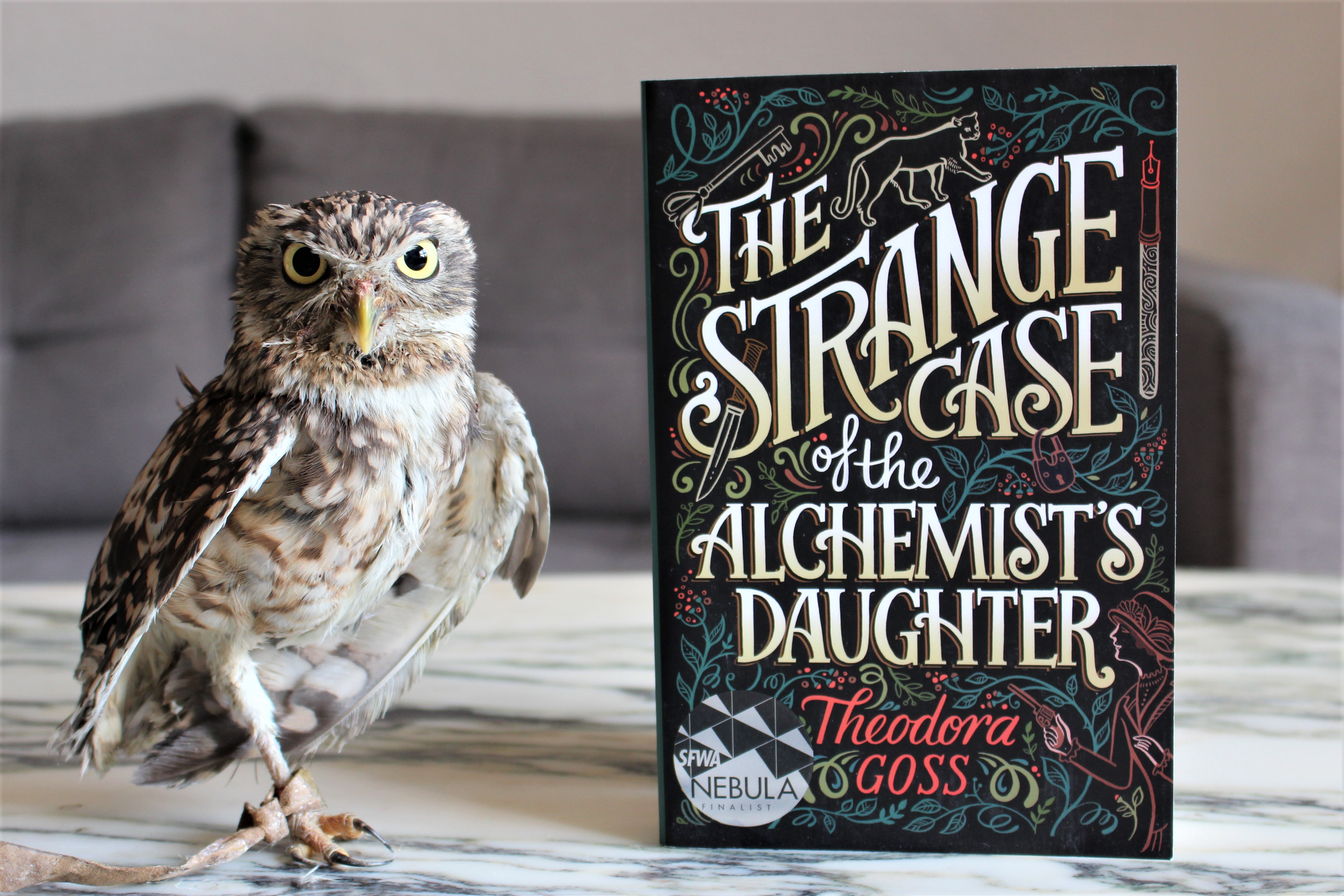 In case you can’t read the super long headline that my SEO software is complaining about, this book post is about The Strange Case of the Alchemist’s Daughter by Theodora Goss.

I picked this up in a desperate attempt to pad my rapidly dwindling pile of unread books, but it turned out to be quite good.

As a child, I read everything I could get my hands on and my mom had entire bookshelves in the basement filled with abridged Classics aimed at teens. So I read Sherlock Holmes, Dracula, The Strange Case of Dr. Jekyll and Mr. Hyde and so many other books likely not suited for a 10-year old kid, and ‘The Strange Case of the Alchemist’s Daughter’ pays homage to all of them. The book follows the daughters of the main characters from various old horror Classics while they try to solve the mystery of a secret society with the help of Sherlock Holmes himself. The writing style is very unusual, because it’s written as if one of the characters is the author, with the rest of the characters injecting comments into the text at random times. It took a little while to get used to, and I still haven’t decided whether I actually like the style, but I didn’t feel like it ruined anything either.

I’m definitely getting the rest of the books in the series.

Below you will see my owl Artemis posing next to the book, showing that he’s doing perfectly fine after the vet removed one of his legs. He has decided that if he’s going to be a flamingo, he’s just going to be the grumpiest flamingo ever…

The Strange Case of the Alchemist’s Daughter
by Theodora Goss

Mary Jekyll, alone and penniless following her parents’ death, is curious about the secrets of her father’s mysterious past. One clue in particular hints that Edward Hyde, her father’s former friend and a murderer, may be nearby, and there is a reward for information leading to his capture…a reward that would solve all of her immediate financial woes.

But her hunt leads her to Hyde’s daughter, Diana, a feral child left to be raised by nuns. With the assistance of Sherlock Holmes and Dr. Watson, Mary continues her search for the elusive Hyde, and soon befriends more women, all of whom have been created through terrifying experimentation: Beatrice Rappaccini, Catherin Moreau, and Justine Frankenstein.

When their investigations lead them to the discovery of a secret society of immoral and power-crazed scientists, the horrors of their past return. Now it is up to the monsters to finally triumph over the monstrous. 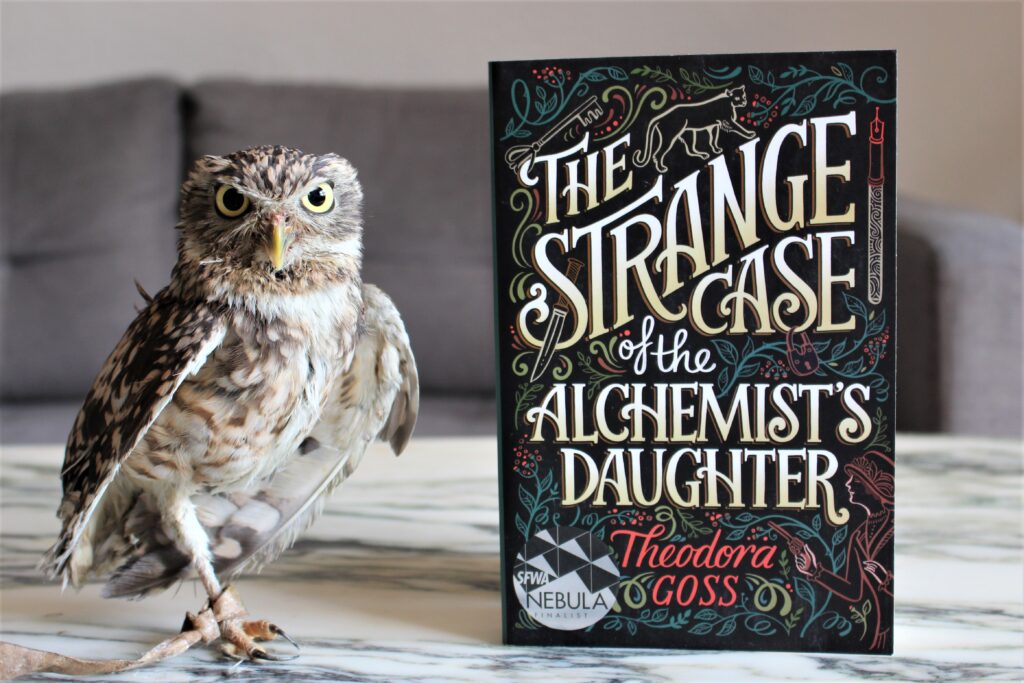 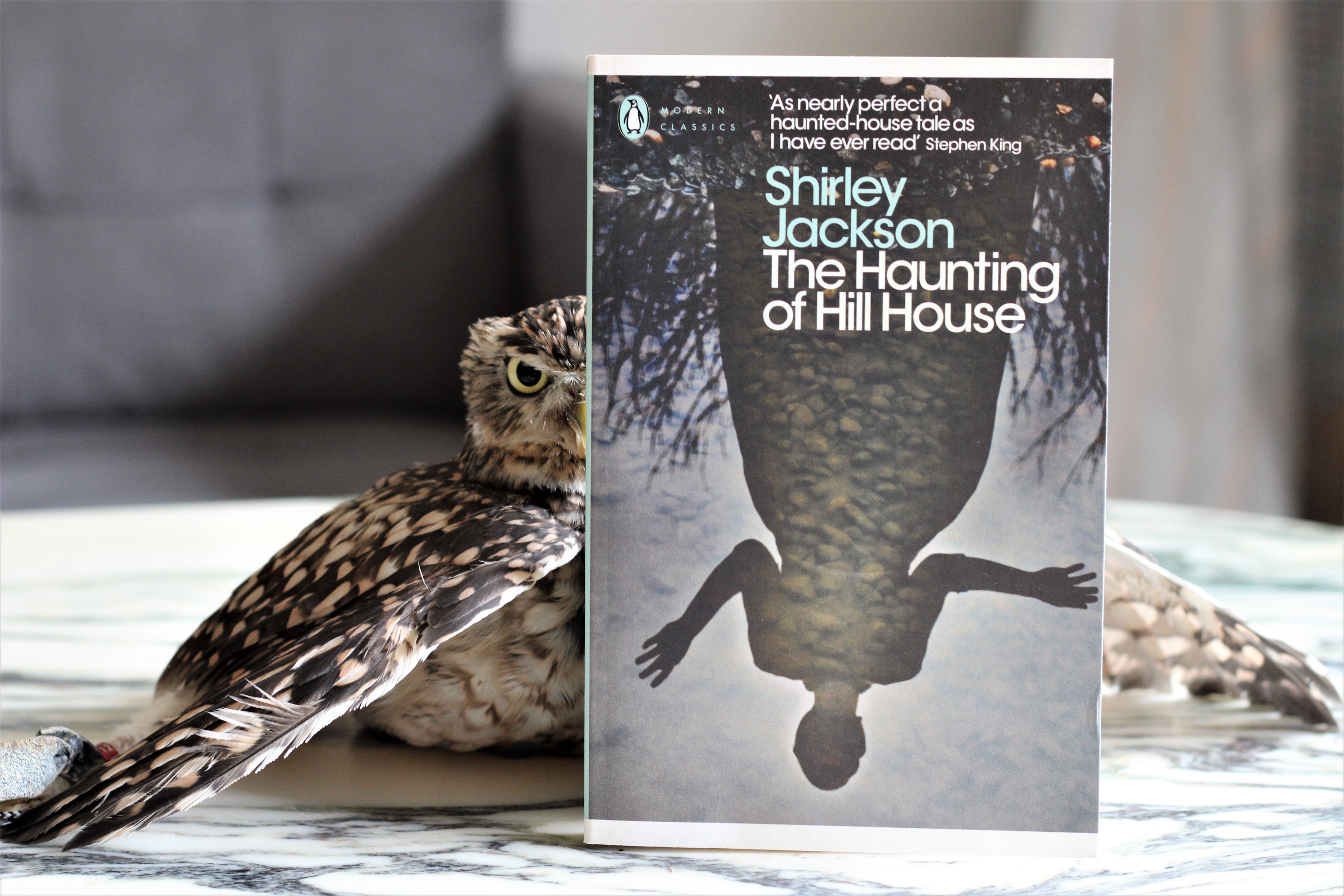 We’re delving into horror this time with The Haunting of Hill House by Shirley Jackson.

I know my last post very specifically didn’t feature Artemis, but I do have a lot of book owl photos I need to do something with, so you will still have to put up with these posts. I promise I will try to write more non-owl posts, but honestly, I’m not all that interesting. My idea of a wild night out is when a Dungeons & Dragons session gets a little intense…

On to the book stuff: I wanted to read ‘The Haunting of Hill House’ after watching the Netflix show loosely based on it (and absolutely loving it), even though I knew the book would be a lot different. It has now been a while since I finished the book and I’m honestly still not sure how I feel about it. I think I missed some more actual horror – it’s fine to have the book be mostly about the psychological effect the events have on the characters, but without more focus on the things that happens to cause said effect, it’s hard to truly relate.

I also think the book suffers from the same minimalism writing as many other old classics – I don’t need everything spelled out for me, but I would like it if most of the story wasn’t told between the lines.

But all in all I didn’t hate this book.

The Haunting of Hill House
by Shirley Jackson

First published in 1959, Shirley Jackson’s The Haunting of Hill House has been hailed as a perfect work of unnerving terror. It is the story of four seekers who arrive at a notoriously unfriendly pile called Hill House: Dr. Montague, an occult scholar looking for solid evidence of a “haunting”; Theodora, his lighthearted assistant; Eleanor, a friendless, fragile young woman well acquainted with poltergeists; and Luke, the future heir of Hill House. At first, their stay seems destined to be merely a spooky encounter with inexplicable phenomena. But Hill House is gathering its powers—and soon it will choose one of them to make its own. 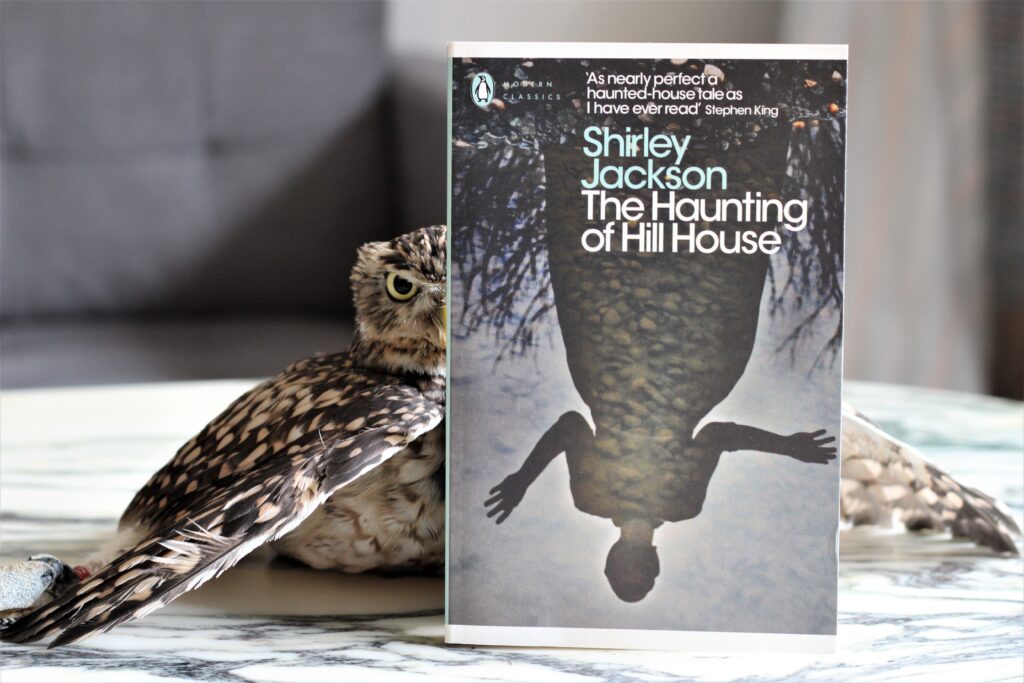