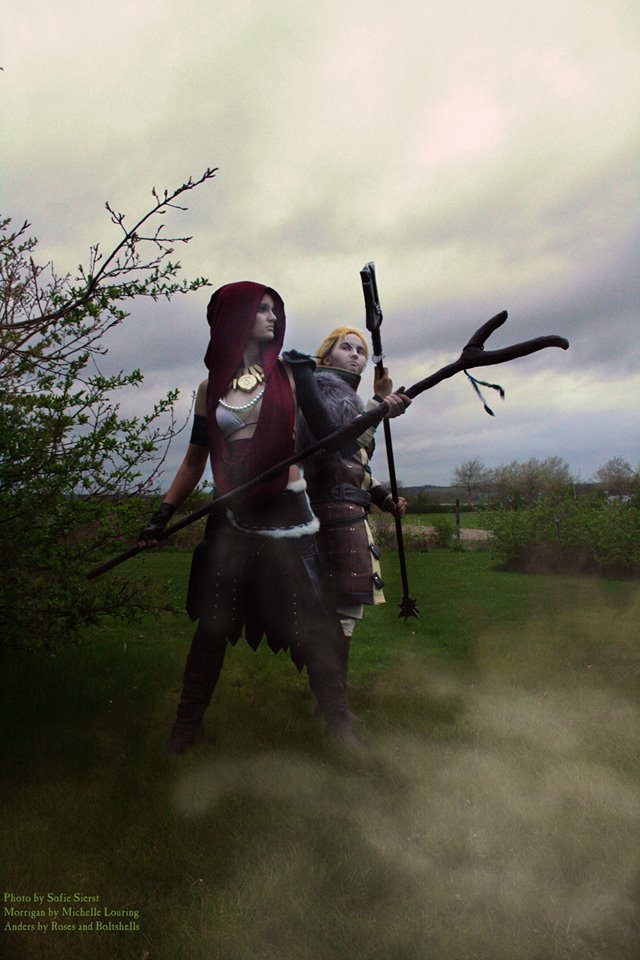 As anyone who’s been following this page will know, I have been participating in SVScon for years, first simply as a geek interested in comics and video games, then as an author joining their Artist Alley. It’s been the highlight of my year for about 5 or 6 years, but sadly this will be the last one.

Not for me, personally, but for the convention itself. I’m getting all nostalgic about it every time I remember that I won’t be going to this convention next year. I have met so many people there over the years. Many are people I have a chat with every year when I see them at the convention, some have become close personal friends that I talk to every day and couldn’t imagine not knowing.

It was also the first convention I ever showed up at to sell my books. The first year was an absolutely terrifying experience, but I had barely unpacked my things before the first person came to buy a book and the small box of paperbacks I had brought with me was empty long before I had to pack up my things and leave, so there was a lot of happiness mixed in with the terror.

Let’s stop with the reminiscing before I get all teary-eyed.

Luckily, there’s going to be a new convention to take SVScon’s place. I’ll tell you all about Hydracon when we get a little closer to August where it will open the doors for the very first time.

Returning to my completely non-panic behavior in the beginning of the post, as usual I’m not feeling ready at all. Not only will my next book not be done before later this summer at the earliest, I have once again thrown myself into cosplay-project, because, apparently, being an owl-owner and a fantasy writer doesn’t make me weird enough.

This year I have gone from World of Warcraft to Dragon Age and I’m so not done yet. The costume will be very authentic, though, with all the blood it’s going to end up with from the various stab wounds I’m inflicting on myself.

If you’re going to SVScon this year, feel free to drop by my table for a chat! I’ll be in Artist Alley on Friday and Saturday.

Unfortunately, I didn’t get a lot of pictures myself this year, so I might update if I can get into contact with some of the other people who took pictures of my costume! Feel free to comment on this post if you have any I can use. 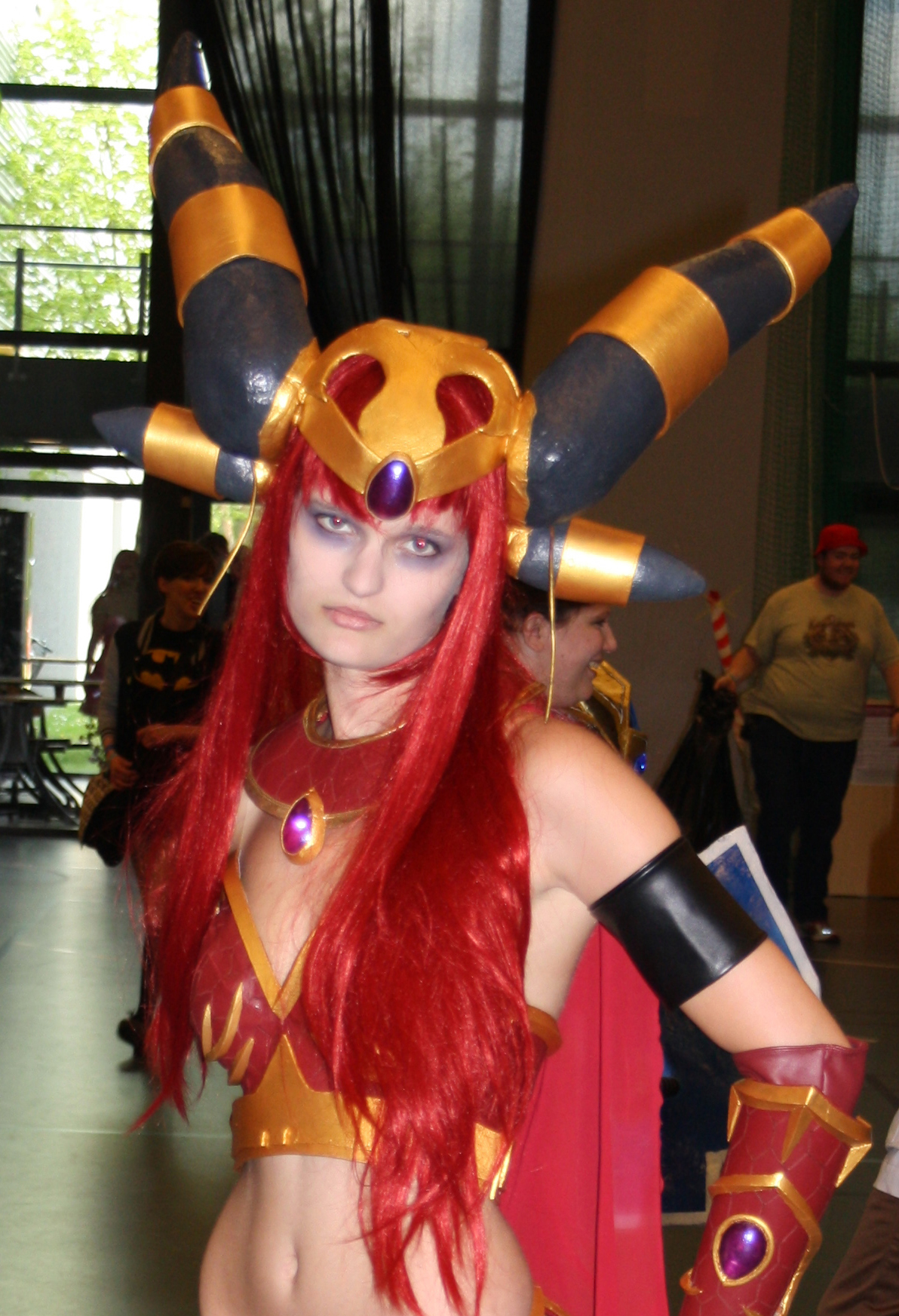 May I present to you: Alexstrasza the Dragonqueen.
She looks pissed… 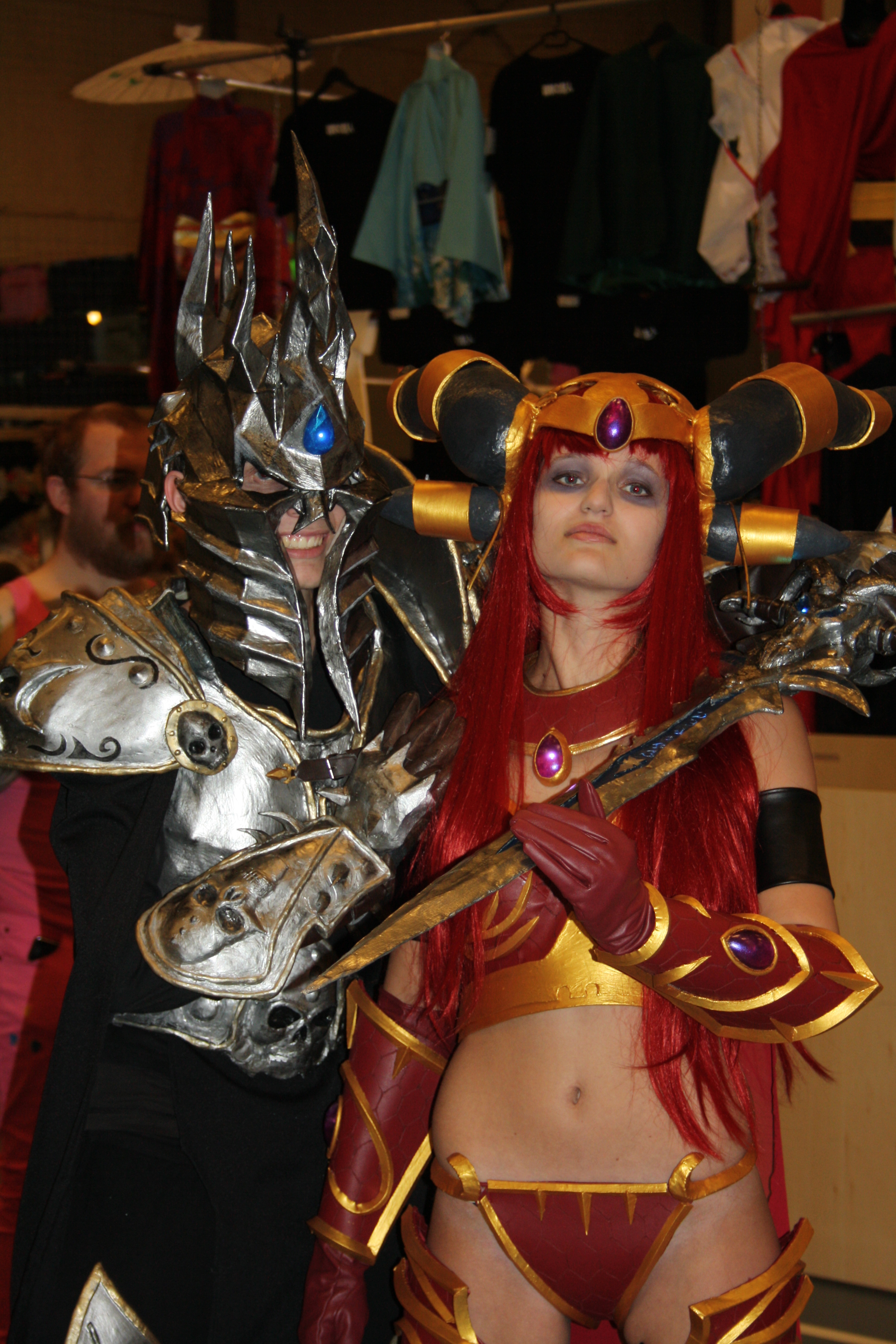 The Lich King getting the upper hand in me… and some bearded guy in pink in the background. 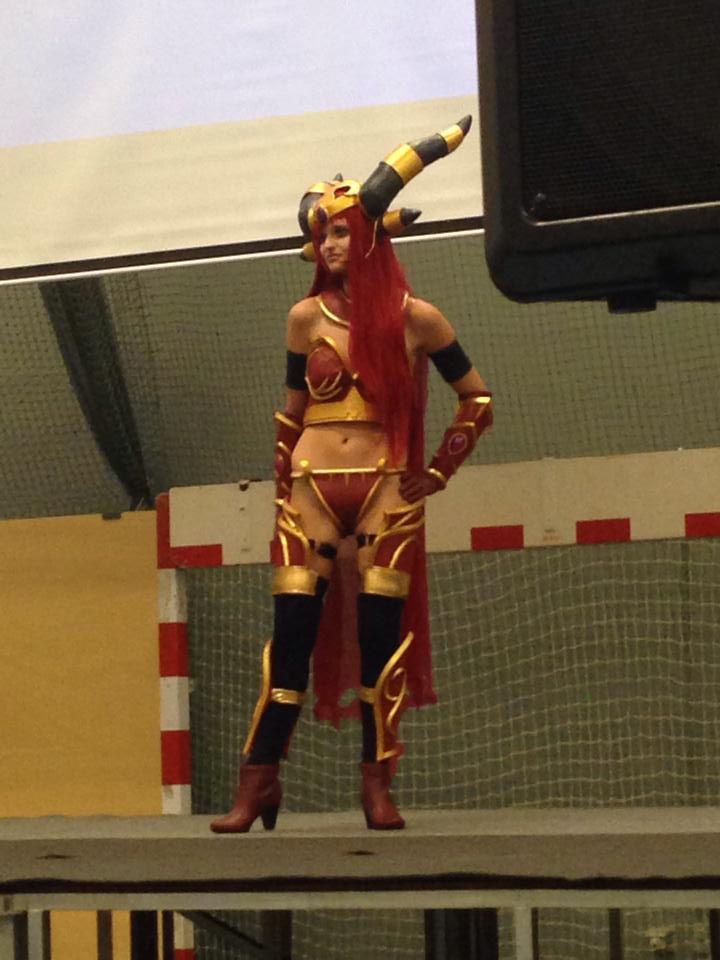 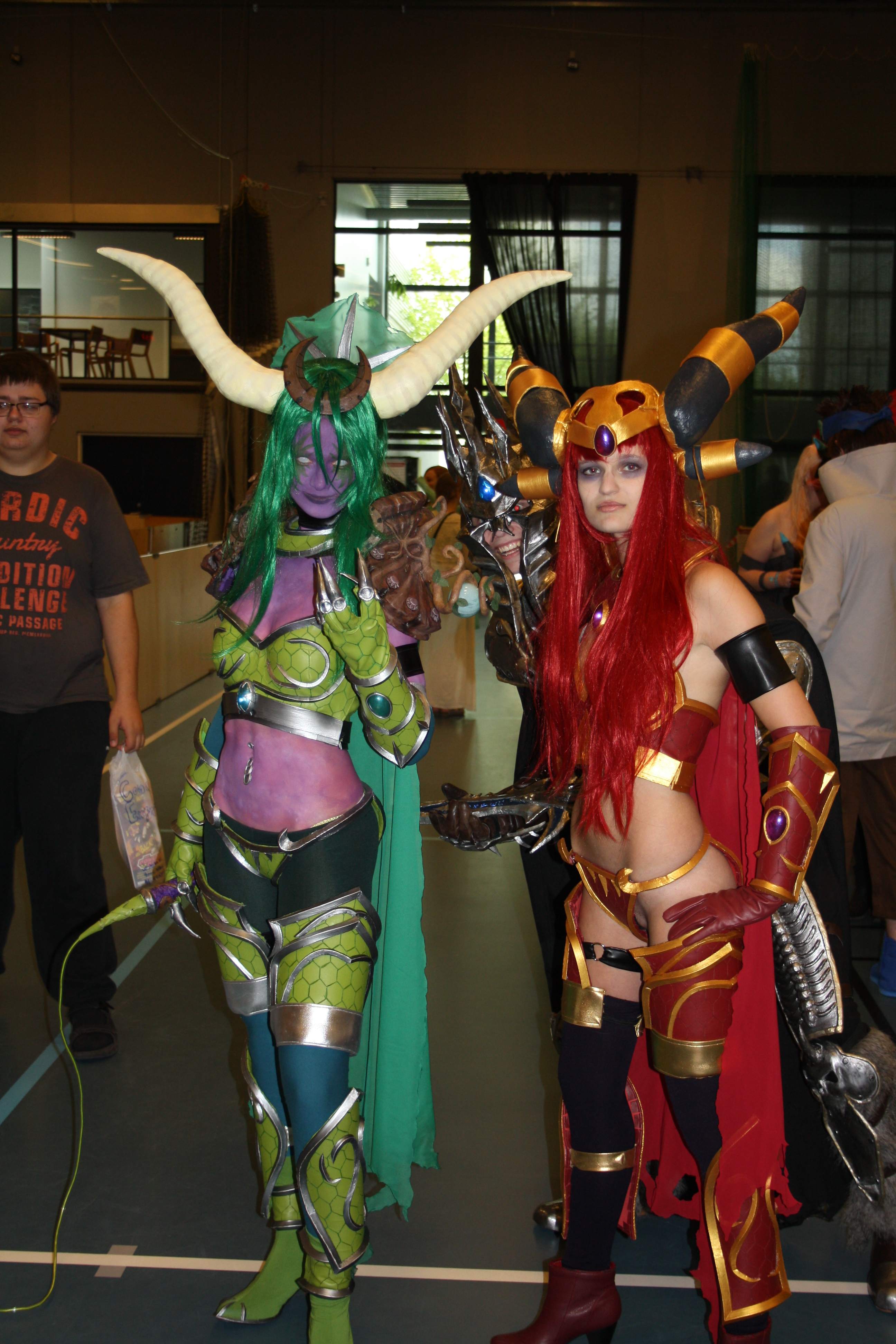 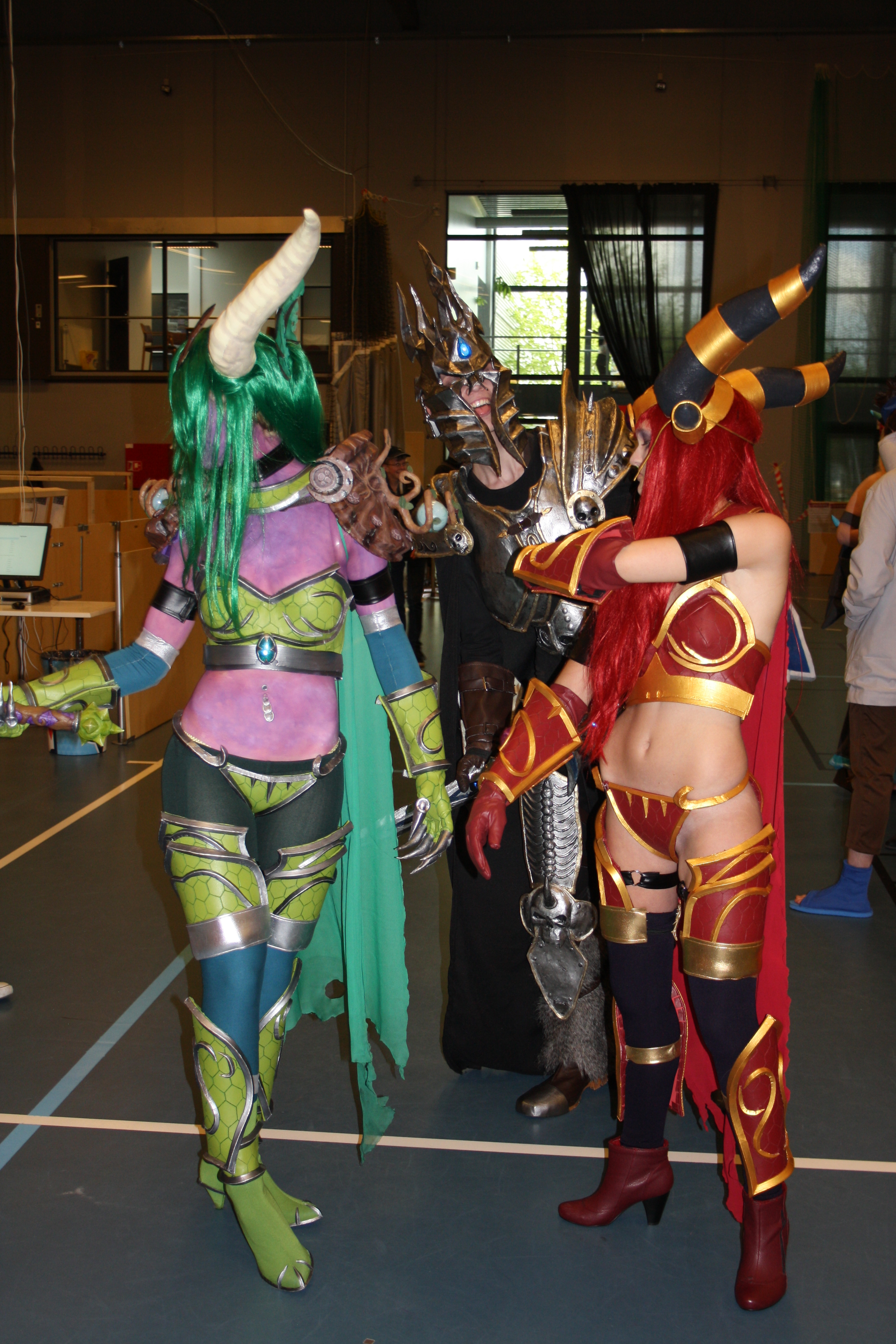 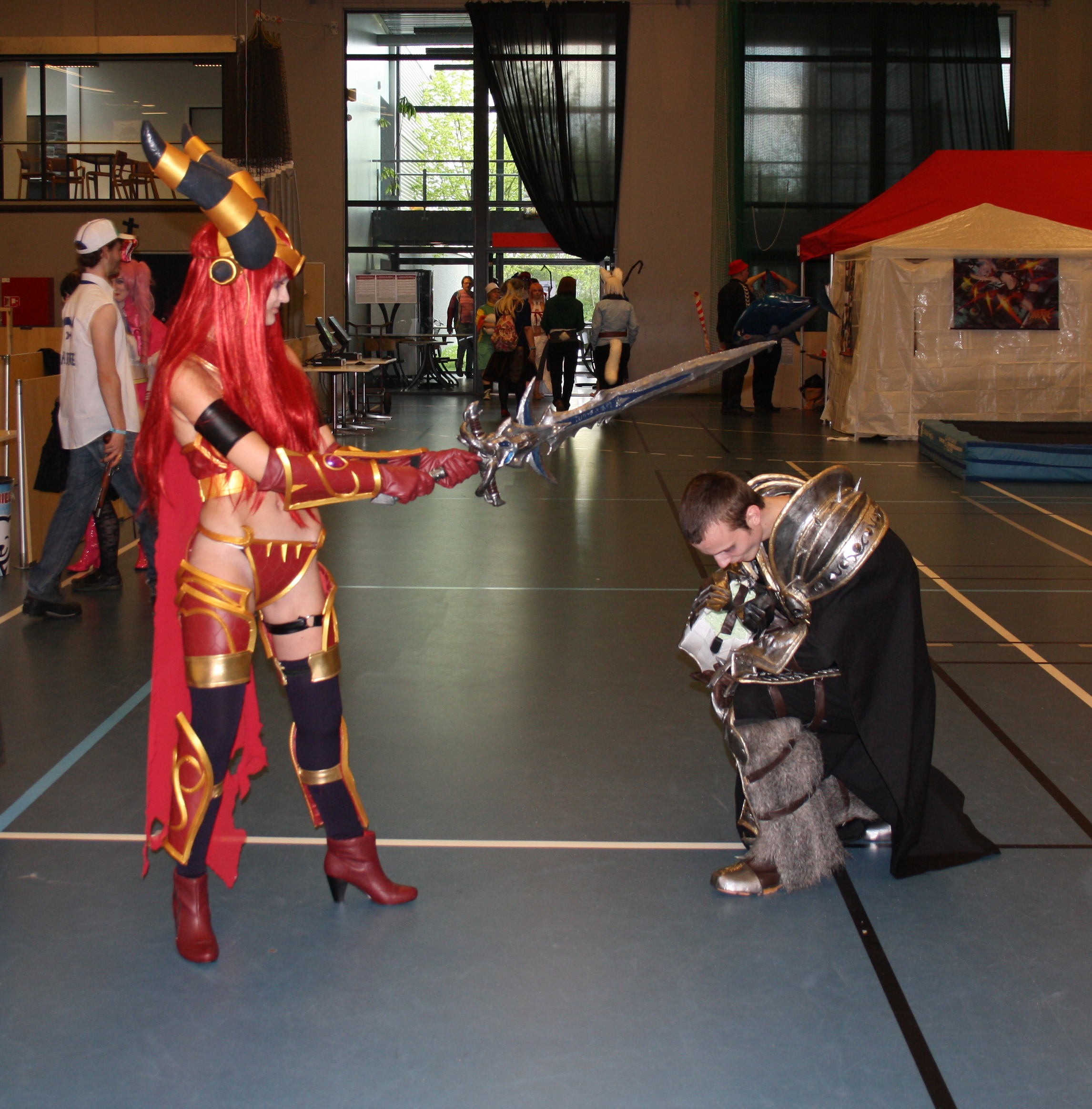 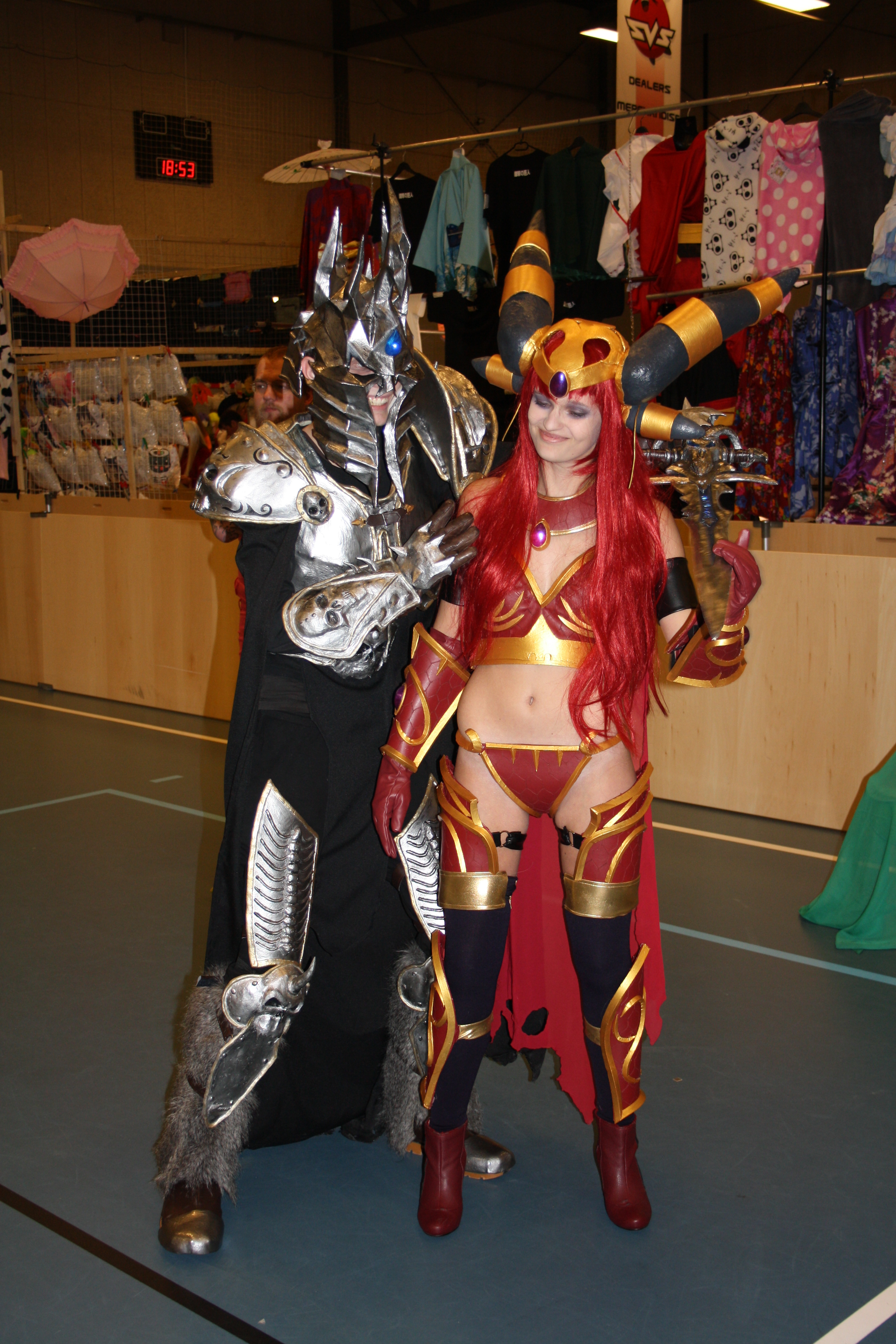 Who says the Queen of Life and the King of Undeads can’t get along? 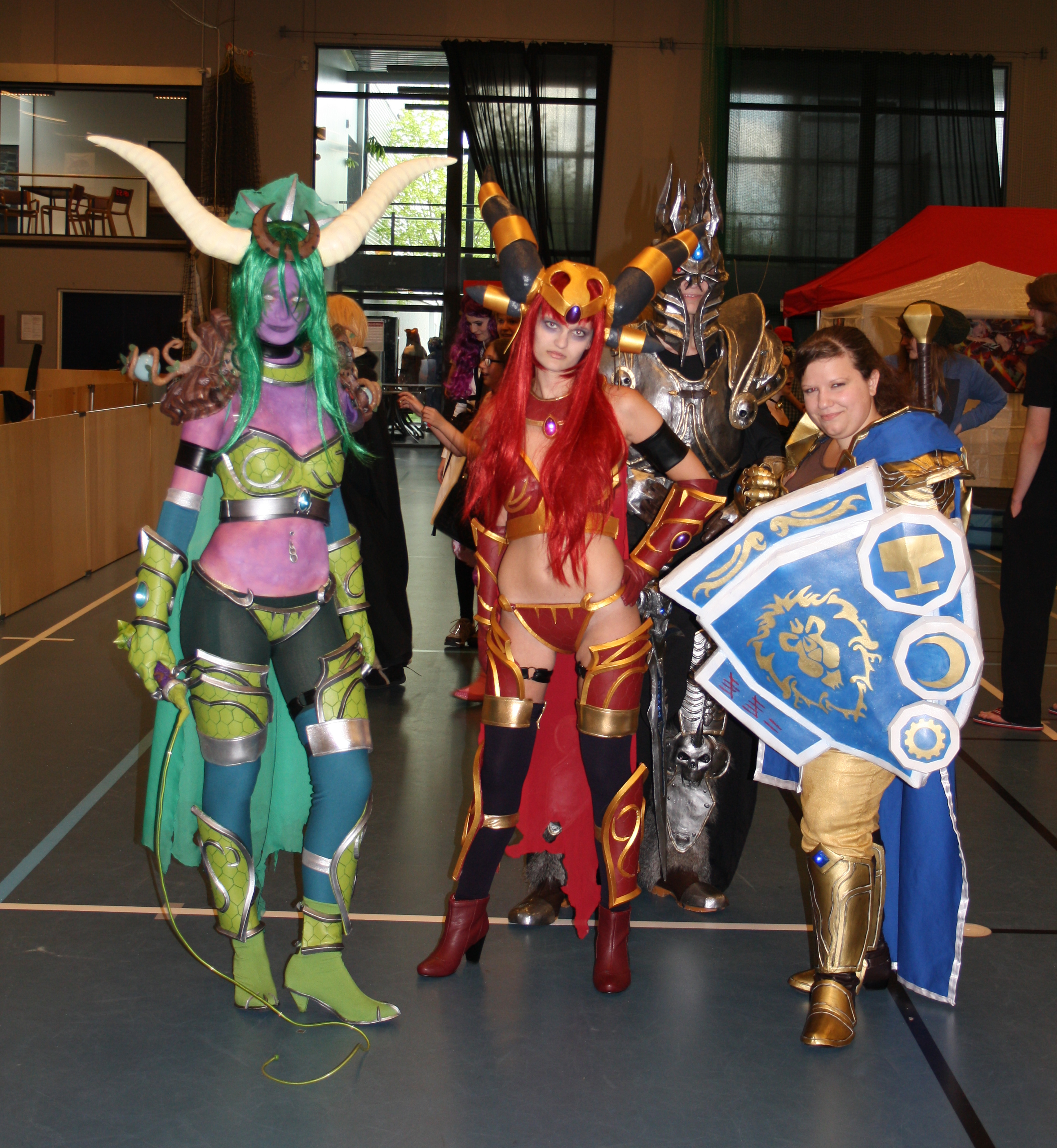 I have been to a lot of conventions, but never have I been so busy at one before.

It’s Sunday, I just got home from SVScon and have finished unloading the car. Unpacking can wait ’till tomorrow.

I have started to understand that cosplay is not a hobby, it’s a way of life. I have been photographed, filmed and questioned, all while not even being able to bend my arms enough to pull wig-hair out of my mouth. Luckily, I had lots of slave– eh, I mean friends to help me carry things and remove my glasses every time someone wanted a picture.

My time to prepare fo Artist Alley was nearly non-existant, seeing as I spent so much time getting dressed and trying to find people to help me, as it was pretty hard to bend down and get books and posters out or into my suitcase.

But despite how impractical the costume was, I just got so excited by how many people recognized the character. I have been an avid World of Warcraft-fan for the last 9 years, but rarely get a chance to share my passion for Warcraft lore. It’s been too long since I truly embraced my inner geek, and I have barely had time to game, so dressing up as Alexstrasza the Dragonqueen really made me remember that I’m a geek at heart.

I really need to renew my WoW subscription. Which is good news for my readers, seeing as half of Resounding Echo was probably written while waiting for raids…

I’ll geek off for now. Pictures will be up later! 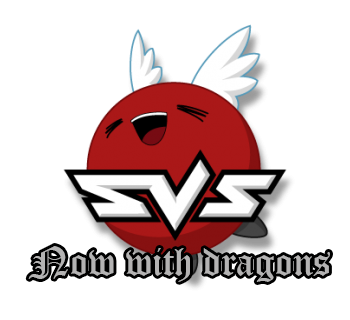 Flowers are blooming, birds are singing… and I have absolutely no time to appreciate it!

I already wrote that I would be going to the Danish convention SVScon back in February, so it really shouldn’t come as a surprise for me. Somehow, it still does.

I also promised that this year, I would finally take proper part in one of the best things at comic or game conventions: Cosplay. And I actually managed to get my costume done!

…Of course, yesterday, just two days before the convention, the wiring in my wristguards fell apart, so I will have to make a last mad-dash effort to fix it today, so I will still glow in the dark. In a fit of madness, I also let Skymone Cosplay talk me into participating in SVScon’s cosplay contest tomorrow, so it wouldn’t hurt to be a bit shiny when I faint on stage in front of hundreds of people.

Oh well, if I survive the swan dive Friday, you can find me in Artist Alley during Saturday, where I, as usual, will be selling books and posters! Just look for the red dragon lady with the big horns.

That is all for now! Back to playing electrician/moving guy…